About a year ago, I reviewed the Zowie “SpawN” G-TF mouse pad and concluded that it was a solid gaming surface thanks to its unique cloth based cotton weave technology and large surface area with a rubber bottom. I also said that it was an awesome piece of engineering and beating its performance would be a tough challenge. Looks like Zowie Gear have accepted the challenge and have sent me two new gaming surfaces to test, one of which is the G-RF Mouse Pad.

Before I continue, I’d like to give a fair warning. This is a gaming surface, not a casual mouse pad for your office/design needs. Actually you don’t really need a mouse pad for that kind of stuff if you have a good quality mouse. Anyways I would only be analyzing the gaming aspects of the pads here so keep that in mind before you question its value.

The Zowie G-RF’s packaging was strikingly similar to the “SpawN” G-TF. Both were enclosed in a long gray box with a large Zowie logo on the front and a few technical details on the back.

The only noticeable difference was the omission of the red colored “SpawN” logo since this pad isn’t branded with the “SpawN” series.

The pad was rolled up inside the box – just like the G-TF. I really wish Zowie had enclosed the pad in a plastic bag at least to prevent dust from settling on the clothed surface.

The G-RF is a cloth based mouse pad with a specially engineered weaving technology that aims to strike a perfect balance between free flow glide and traction/control. Just how ‘perfect’ the balance really is totally depends on your personal preference. Some people like fast, frictionless glide while others prefer a rougher surface for better precision and control. I tend to side with the later camp so naturally, I think the G-RF is just right for me.

The color of the cloth is pure black and is less than a millimeter thick, with very minimal branding compared to the “SpawN” series pad. In fact there is only one Zowie logo in the top right corner.

The bottom is about three to four times thicker than the cloth surface on the top and is made entirely of red shaded rubber. It appears plain at the first glance but if you look at it from an angle, you can see a Zowie logo printed all over being reflected by the light. The rubber design gives the pad a very sturdy grip on almost all kinds of surfaces.

The edges of the pad are a plain cut compared to the triple stitched rolled up edges of the “SpawN” G-TF. This might be an issue because the weave might start to wear off after a while and would seriously hamper the longevity of the pad.

The pad is available in two different sizes. The G-RF is the larger of the two measuring 440 x 380 x 4 mm while the smaller P-RF measures 340 x 290 x 4 mm. Size also tends to be quite personal when it comes to a comfortable experience. I like a larger surface because I usually use a medium DPI setting like 1600dpi and so have to move the mouse greater distances.

Last time, I tested the “SpawN” G-TF with Counter-Strike 1.6 with an X7 XL-750BF mouse. Unfortunately, I don’t have Counter-Strike 1.6 around this time, so I decided to try G-RF on three different games which include Counter-Strike: Source, Left 4 Dead 2 and Shattered Horizon. For the sake of a fair comparison, I also brought out the “SpawN” G-TF for another round along with the Zowie SWIFT gaming surface. The mouse I’m using this time is a Razer Lachesis gaming mouse which happens to be one of the best mice out there.

While all three games in my test setup are FPS, they are drastically different from each other. I first tried Counter-Strike: Source. Counter-Strike’s gameplay is dominated by tactical impulse driven actions. You need to react within a split second or be PWND by the opponent. So you need a perfect balance between fast glide and precise control. From my playing experience, both the G-RF and SWIFT had very similar performance with the SWIFT inching out ahead in a few occasions.

Left 4 Dead 2 is a pure fast paced zombie apocalypse so you don’t really need as much precision as much as you need free glide. The SWIFT naturally edged out in this situation followed by the G-TF.

The third game in my test suite has a relatively smaller user base compared to the other two but this game provides a very unique gameplay experience that is strikingly different from many other FPS games out there. Shattered Horizon’s combat happens outside the Earth’s atmosphere with zero gravity, so you have to shoot your targets while floating around space with six degrees of movement. You need a very stable hand and surface for this game and adjust your aiming as both you and your opponent float around space.

In Shattered Horizon, both the G-RF and the G-TF proved to be better choices compared to the SWIFT, with the G-RF offering a slightly more precise control. SWIFT’s loose glide often had me spraying bullets instead of making carefully aimed shots.

The Zowie G-RF – even though branded as a “SpawN” series gaming surface – still handles the the task pretty well. From a pure gaming perspective, the G-RF is indeed an improvement over the G-TF thanks to its slightly more stable mouse control while still maintaining a fast glide speed.

On the flip-side, it does take a few steps back in terms of overall design (an oddly colored bottom and non-stitched edges) and the cloth surface is still pretty prone to dust particles.

At the end, the decision should be based on your personal preference. I’d choose functionality over aesthetics any day and that’s why the G-RF is going to be my gaming surface of choice for a while. 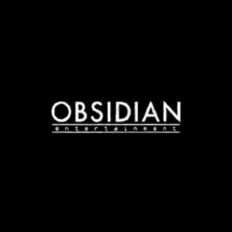 Obsidian Canceled A God Of War Rival Inspired By Journey To The Center Of The Earth, Feargus Urquhart Revealed