It’s been a couple of years since the West last received a title penned by Kazutaka Kodaka, by whom Danganronpa and other sadistic adventure titles were all brought to life. His latest title, developed in collaboration with Spike Chunsoft’s Danganronpa duo of Yoshinori Terasawa and Takayuki Sugawara. Moments after the apocalypse wipes out nearly the whole Earth’s population and covers the world in torrential flooding, eight youths are left stranded on Garage Island and forced to learn how to not just survive but learn a bit more about one another and whether there’s a traitor in the group in Zanki Zero: Last Beginning.

In a similar vein to the Danganronpa series, the story that guides these eight young souls explores a few twists and turns by the time the narrative starts to pick up steam. The story starts by focusing on an adolescent named Haruto who is the last to wake up on a floating island after the end of the world. Joining him are seven other castaways that initially seem to be unrelated, but as each chapter goes by, more and more is revealed about how connected everyone is to one another and just what significance the Garage Island and the Mashiro dynasty hold for these young sinners.

While Danganronpa built its life-and-death scenarios about being mind-bending murder mysteries splashed with bright pink blood, Zanki Zero: Last Beginning doubles down on the shock factor of death. The blood has been changed to proper crimson and there’s no shortage of depictions of being horribly torn apart. It only took one brief CG to realize that Zanki Zero is going to go sadistic places that even Danganronpa would have been afraid to touch upon.

Each character in Zanki Zero is built upon a common theme as one of the seven deadly sins. While Haruto, the embodiment of Sloth, starts off as the main character, the focus changes in each chapter to center that particular character as the lead during story segments. Hidden throughout each story dungeon are brief TV specials that offer a bunny-and-child manzai comedy sketch before revealing a bit more about that particular character’s focus and who is going to represent the final boss of that dungeon. I loathe to use the term ‘trigger warning’ but it should be important to know that these story segments often deal with representations of physical and sexual abuse to the point that it was difficult to sit through some of these vignettes.

The lifespan of the clones under the player's control are all woefully too short to survive the entire adventure, let alone a single chapter of Zanki Zero. With thirteen days to advance from child to middle-aged adult and elderly citizen before succumbing to an untimely death, players will often die and have to crawl back to Garage Island in order to be revived and become useful once again. Reverting back to a child age drops your attack and defense down to pitiful levels, so it's worth wasting a couple of nights at the hotel to keep your team in peak performance, albeit at the risk of some of the veteran characters dying from old age in the meantime.

As is the norm for survival games, the feedback loop of life and death is an important way to slowly push forward and overcome impossible odds. With each character only living through an initial 13-day lifespan, that final call of death comes as swiftly as it does often. A character’s death means leaving all of their belongings where they once stood; no room on the ground means the possibility that any other items may be lost.

Character levels in Zanki Zero: Last Beginning are less important to surviving the dangers of Garage Island than any other survival aspect that need to be managed. Basic stats along the lines of health, attack and defense are increased with every level increase, but more importantly, skill points are offered to that particular character as well. These points can be turned into passive abilities to permit that character to harvest specific materials or use items more effectively (you can’t actually use an antidote to cure a poison affliction without the skill to do so). Certain sinners have their own skill proficiencies that should be focused on in order to succeed. Dr. Ichiyo is the best bet to learn every ability to healing skill, just like Minamo is the best person to cook those life-saving meals that keep your players alive for just another couple days. Weapon proficiencies and increased stats during each stage of growth are also important passive skills to learn in order to survive the later dungeons. If you spend too many skill points on skills that have no value to your playstyle, once that specific character is dead, you’re offered the ability to resurrect them and reset their skill points at a high cost.

Given how many times you will die and revive as a clone in Zanki Zero, turning that death into a positive is a unique gimmick to take advantage of. Each and every method that can kill you once can be turned into a bonus called Shigabane. Dying to a specific enemy type grants that character a defense against that enemy, just as dying in each phase of life might extend a character’s lifespan by a day or so. These Shigabane become the biggest collectibles of sorts to Zanki Zero and I found myself going back into earlier dungeons just to intentionally die to every method I could think of to grow each character’s ultimate potential. Did you know that Yuma Mashiro, the embodiment of Gluttony in Zanki Zero’s cast, is allergic to potatoes? What would happen if you accidentally feed her one for a quick health boost?

Often times, the RPG aspect to Zanki Zero: Last Beginning is its weakest parts. The dungeon crawling combat is not particularly great or wielding any incredible depth. Characters are limited to either basic attacks or charging their move for a powerful charged attack (at a high cost to the player’s hunger gauge for holding down the charge). Players also have to manage moving their aiming cursor in order to target smaller enemies or to strike a specific location on an enemy. There aren’t any magical spells or unique abilities to take advantage of, although your party of sinners can eventually work their way up to ranged weapons and guns with some crafting using flotsam that’s watched up on the beaches of Garage Island.

Slaying certain enemy types can reward the player with Clione, embryos that imbue unique skills that have to be injected into the players back at the clone revival tank in the home base. These skills can often provide defensive healing abilities or various elemental effects although you could go almost the entire game without knowing they exist after the tutorial. These Clione only drop on higher difficulties, leaving beginner players without some of the more interesting tools to use in combat. The absolute deepest that the combat gets is with positioning to get a bit of extra damage from hitting an enemy’s backside, or more importantly, strafing and moving aside from enemy attacks (a lot of enemies can still strike you from the sides or behind, so it's important to learn every single matchup). Even on the lowest difficulties, it only takes a few attacks to take down any party member if you are unlucky enough to get backed into a corner. Zanki Zero is intent on punishing the player, so expect to make a few return trips to the extend machine with just a sliver of life and spending the last of your hard-earned Score to bring back your fellow party members.

More RPG than any of the Danganronpa series, Zanki Zero: Last Beginning takes that same level of sadistic narrative and infuses it together with a slow paced survival RPG. If it weren’t for the easier difficulty settings, I wouldn’t have made it through Zanki Zero with any level of success. It’s brutal in so many ways that exist only to punish the player, both in terms of gameplay and destroying their mental wellbeing. There really isn’t anything like Zanki Zero: Last Beginnings that’s come before it and the narrative pushes what players can expect from Kazutaka Kodaka’s crazy mind. 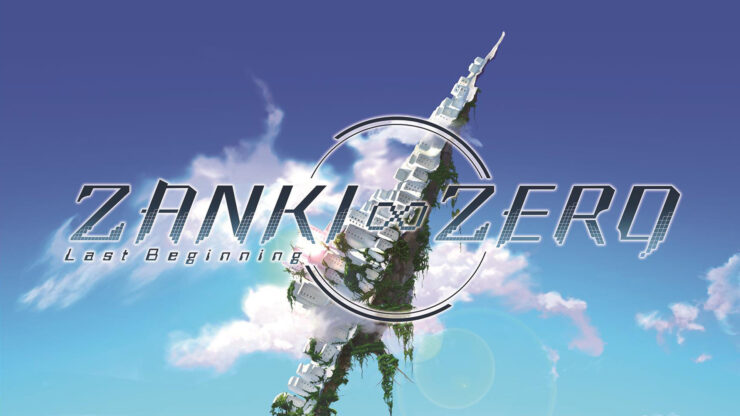 Zanki Zero drops the investigations for average survival RPG gameplay and explores themes of life, death, and rebirth with a sadistic story that goes places that Danganronpa wouldn't dare explore.