Yakuza 6: The Song of Life

If you were to tell me even three years ago that I’d finally get to play another Yakuza title in English, I would’ve told you to stop getting my hopes up. As a slice of life in modern Japan with a crime storyline running through each story, the Yakuza series has grown to be among one of my favorite RPG series to be released on the PlayStation. Unfortunately, new releases in the trials and tribulations of Kazuma Kiryu were often delayed or simply never localized into a language I could understand (Yakuza Kenzan! still eludes an English release). Whether by lack of word of mouth and advertising, the sales figures just weren’t there for the first seven titles. It wasn’t until Sony’s Gio Corsi announced a proper localization of Yakuza 5 that hopes were renewed for taking a deeper look into Kiryu’s life. The past dozen years have woven a narrative unlike any other JRPG that’s come before it and it’s all coming down to a final wrap in Yakuza 6: The Song of Life.

Coming out of his most recent trip to prison, Kazuma Kiryu’s adventure picks up three years after the events of Yakuza 5. In that short amount of time, the balance of power within the Tojo clan continues to shift, leaving major players scrambling to adjust to the new dynamics of power. Kiryu’s surrogate daughter, Haruka, disappeared during that span of time after announcing her retirement as a Japanese pop idol and only recently wound up back in the familiar streets of Kamurocho before a tragic hit-and-run accident leaves her in a coma along with a young child that might possibly be her own son. This sets off a catalyst of self-exploration and Kiryu’s journey to not only solve the mystery of the young boy that Haruka was guarding, but also those lives that the Kiryu lineage has touched across the entire series of JRPG’s.

While the most recently localized Yakuza titles have shown the start of Kiryu’s fabled rise (and fall) through the ranks of the Tojo clan, going directly from Kiwami into Yakuza 6: The Song of Life leaves so much of the story to be told. Yakuza 6 does a great job filling in those twenty years through a series of flashbacks in a Reminiscence mode from the start of the game. Knowing about Haruka’s years as a young adult and rise to stardom as an idol is crucial to the story, so I highly advocate doing some light reading with Sega’s official timeline to get you up to date on the goings-on of the Dragon of Dojima.

After such a long drought after the muted release of Yakuza: Dead Souls, the desire to return to the streets of Kamurocho has been something I’ve been praying for for years. With the release of Yakuza 5, the PS3-exclusive brought new life into the series and renewed hope for seeing more of Kiryu arrive stateside. It wasn’t long before the localization team at Atlus would announce 0, Kiwami, and 6 shortly after. However, too much of a good thing can sometimes turn out bad. It’s only been half a year since the last time I strolled past the neon lights and brawled my way to the top in Kiwami. Not to diminish the effect of seeing the latest Yakuza title in its localized glory, the cultural impact of taking a virtual trip to Kamurocho feels weakened by so many return visits in such a short span of time.

Kiryu’s adventure isn’t limited to just that of hitting the streets of Kamurocho. After trying to leave his yakuza life behind and live as an ordinary citizen, his adventures also take him to the much more laidback seaside town of Onomichi. Trading the neon in for historical monuments, it’s a great contrast to the city life and gives a deeper insight to the Japanese lifestyle that few foreigners get to see firsthand. In a town where everybody knows your name, Kiryu’s desire to get away from the yakuza lifestyle rarely goes as planned. Onomichi is also home to some unique diversions to fill out Kiryu’s last adventure, including spearfishing and baseball (no more simply hitting the cages!).

From karaoke to cat cafes, the bustling streets of Kamurocho have never felt so alive. In between contentious moments in the crime drama, it’s important to take some time away from violence and instead settle your differences on the mahjong table. The Yakuza series has always had its share of diversions to keep Kiryu’s spirits up, but the amount and depth of side content in Yakuza 6 easily tops that of the previous half dozen titles. Looking back to my play record, for every minute I spent hitting the streets, I spent another four or five tracking down substories and oh so many cats.

Combat has always been a major focus of the Yakuza titles, with Kiryu preferring to be a man of action when it comes to life’s troubles. Gone are the multiple styles that the two most recent titles imbued Kiryu with (which also means no more infusing your blood with cold hard cash to gain new abilities). Instead, the Dragon of Dojima is still in his prime and all of those styles have been merged into his unique fighting form. That being said, the combat has a couple of minor annoyances but overall it looks and feels fantastic to get into fights with even the most mundane of street thugs. Random street battles are more visceral than they’ve ever been with Kiryu’s propensity for violence magnified in Yakuza 6. Kiryu’s new Extreme Heat mode turns him into a wrecking machine, powering up all of his basic attacks and, much like the Beast style from 0, give him the ability to pick up anything like two-wheeled scooters and use them as a weapon in battle.

The number of tools at Kiryu’s disposal have also been greatly reduced from that of 0, leaving most of his upgrades being spent on unlocking new brutal Heat actions rather than mid-combo attacks. Gone is the gear system from previous titles, leaving Kiryu with only two inventory slots to work within Yakuza 6: The Song of Life. I’ll miss the Golden Gun that trivialized most of the previous game’s fights after completing most, if not all, of the substories but it’s a positive change to force players not to rely on just one tool.

Yakuza 6: The Song of Life has Kazuma Kiryu looking his absolute best but that comes at a minor cost. The previous two Yakuza titles released on PlayStation 4, Yakuza 0 and Yakuza Kiwami, each ran at 60 frames per second and were quite stable when I reviewed them on the PlayStation 4 Pro. However, with all of the improvements to the environments and character models, that performance had to come at a cost: a reduction to 30 frames per second. The resulting action feels slower than the previous Yakuza titles, although it’s still quite enjoyable nonetheless. Sega’s facial animation studio has definitely outdone themselves with Yakuza 6 and the likenesses of those based off of real people are some of the best in the gaming business. The lack of anti-aliasing shows and gives the city of Kamurocho a rougher look than its real life counterpart.

Yakuza 6: The Song of Life wraps up a life of drama and crime in a beautiful send off for one of PlayStation’s most notorious gangsters. The shift to a new engine gives this old Dragon one last great adventure, and while the changes might not all be positive, I could think of no greater way to spend one final trip to Kamurocho. As a long-time fan of the Yakuza series, The Song of Life sits among the top of my favorite entries in the series and I’m always finding new diversions to extend my stay in the city of sin just a little bit longer. 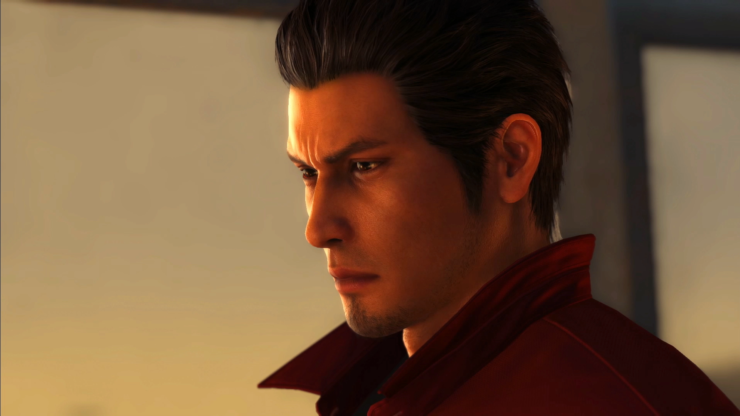 One step back and two steps forward; Yakuza 6 changes up some of the core elements for Kiryu's last adventure and give new life to a series that's become a cult classic for JRPG fans.