X-Men: Apocalypse is the 9th film to feature mutant characters from Marvel Comics series of the same name. This series also features two Wolverine films and the recent Deadpool movie.

This movie is a direct sequel to 2014's X-Men: Days of Future Past and all the familiar faces have returned this time around too: James McAvoy as Professor Charles Xavier, Michael Fassbender as Magneto, Jennifer Lawrence as Mystique, and Nicholas Hoult as Beast. This time around they are joined by Sophie Turner as Jean Grey, Tye Sheridan as Cyclops and Oscar Isaac as the titular villain, Apocalypse. Other new and old characters have also returned including, fan favorite Evan Peters who plays the speedster Quicksilver. 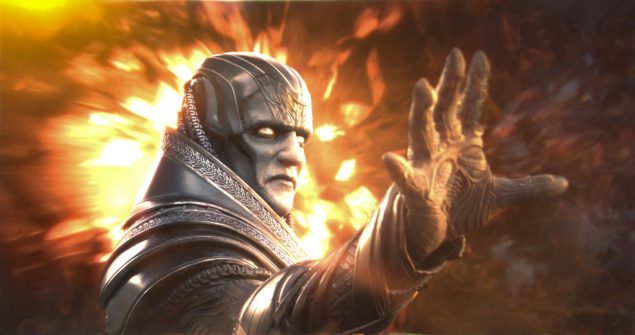 Bryan Singer returns to direct this feature written by Simon Kinberg and follows the events of X-Men: Days of Future Past. The timeline has been repaired thanks to the efforts of our heroes however as seen in the post credits teaser a new evil looms over the horizon. Enter: Apocalypse. In the comics, the character of Apocalypse appears as a threat not just to the X-Men but to the entire world of Marvel comics. He is an ancient, perhaps the first, mutant and has almost unlimited powers. The character was a fan favorite in comics and was also the prime villain in the 1990s X-Men Saturday morning cartoon, which to this day has a cult following.

Just a point I want to make before the actual review begins: this is the first time we see Apocalypse on the big screen—and portraying the character can be tricky in film. In the comics he is more believable as the cosmic demigod villain that he is, thanks in large part to the art work and writing of the medium. Cinema as a medium for comics has always been a volatile mix of live action and special effects. The key is to find the right balance—which very few comic book movies have achieved. This is where X-Men: Apocalypse falls into a deep pit of exaggeration and silliness. What worked in the Saturday morning cartoons doesn't necessarily work on the big screen—and these mis-steps are already obvious from the trailers.

Having established this negative aspect, let's delve into the world of X-Men: Apocalypse.

The movie begins with the introduction of Apocalypse who enters into a fugue state aided by his Four Horsemen while narrowly escaping an attempt on his life. For someone unfamiliar with the character or backstory this is an extremely confusing scene that relies more on special effects than story progression. Unfortunately, this sets the tone for the movie. 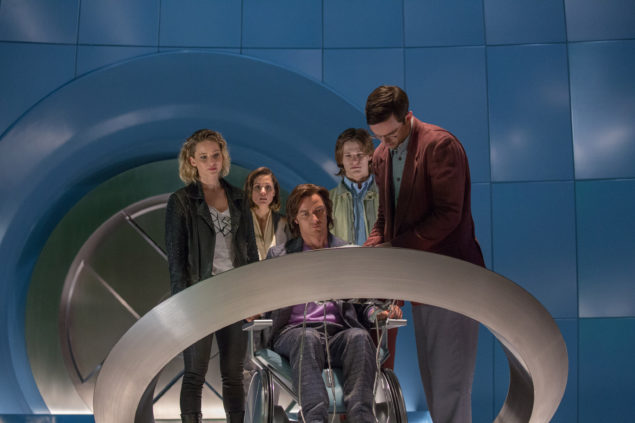 Fast forward to the 1980s, the decade in which this movie is set, and a quick introduction to the main cast in a series of quick scenes. Mystique (Jennifer Lawrence) is taking charge and rescuing mutants like Nightcrawler (Kodi Smit-McPhee) from a battle royal, where we also see the winged Angel (Ben Hardy). Meanwhile, Magneto lives an anonymous life in Poland, working in a steel factory. He has put much of what has happened behind him and is living a relatively normal life, with a wife and daughter. Over at the X-Mansion, new students continue to arrive. One of them is Scott Summers aka Cyclops who believes his powers have cursed him. Here we also meet the telepath Jean Grey who is equally troubled but not by her powers but by the impending evil of Apocalypse.

Here's another problem—we've already seen these characters before albeit different actors and movie. Reintroducing them now seems like a chore and there's only so many times a character can be re-introduced. Hence, much of the movie's first act drags along slowly. 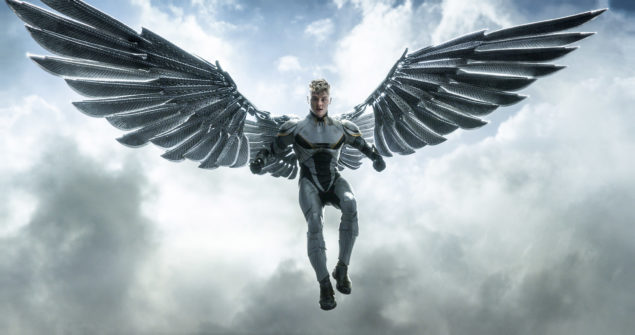 Eventually, Apocalypse is revived and begins to gather a new band of Four Horsemen. Storm (Alexandra Shipp), Psylocke (Olivia Munn), Angel and Magneto all have their powers magnified by the ancient mutant—and that is enough for them to join Apocalypse as his new Four Horsemen.

Coming back to Apocalypse. Here's another problem. While having an actor like Oscar Isaac should bring more weight to Apocalypse—it doesn't. He's behind so much make up and CGI that all his acting weight is lost. Movies like Ex Machina, The Force Awakens, A Most Violent Year, to name a few gave room to his acting prowess while X-Men: Apocalypse buries it.

Also, the reason why most X-Men movies work is because of the conflict of Professor X and Magneto. This conflict too is buried within the confusion of special effects and CGI. Their dialogues, all the way back to the first X-Men movie, were the ones that drove the story. In this movie it is so fast paced it seems like there is barely enough time for them to develop that core essence. 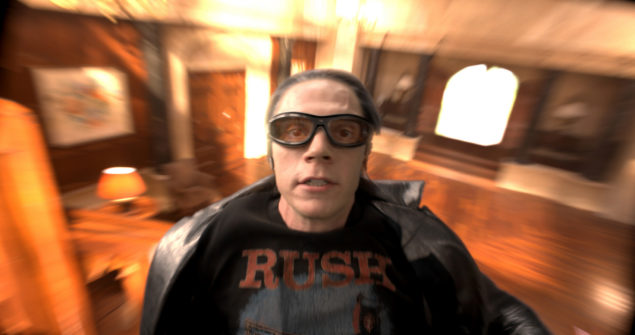 Speaking of CGI there is one scene that stands out in a good way and that is Quicksilver's arrival at the X-Mansion. The rescue scene along with its soundtrack is a perfect mix of fun and brilliant special effects. Once the Four Horsemen are formed there seems like there's no stopping them. The action takes precedence over the story as we are bombarded with excess information that spirals all the way down the ending. As a fan of the franchise this film is almost too fast and doesn't take any time out to breathe, even though it runs over two hours.

[spoiler title=Spoiler]A couple of interesting aspects (SPOILERS): There's that cameo everybody's been expecting. Wolverine makes a small appearance that doesn't really add much to the story, considering that he is not Wolverine but rather Weapon-X . He appearance is short and fleeting.

There's also the matter of the post credit sequence where we learn about the mysterious Essex Corporation and that ultimately could mean that Mr Sinistero could make an appearance in the next movie.[/spoiler]

Too much CGI, too much action and too much of everything doesn't make a successful storytelling experience. Simply put there is a fatigue now resting in—how many times can we introduce the same characters over and over again? The strain is clearly beginning to show. Keeping First Class and Days of Future Past in mind this movie will surely appeal to die hard X-Men fans, especially those who have eagerly awaited to see Apocalypse on the big screen. It doesn't carry itself with the same gravitas as the first two films and it is understandable considering there's so much exhaustion from the actors themselves, in particular to Jennifer Lawrence's performance as Mystique. 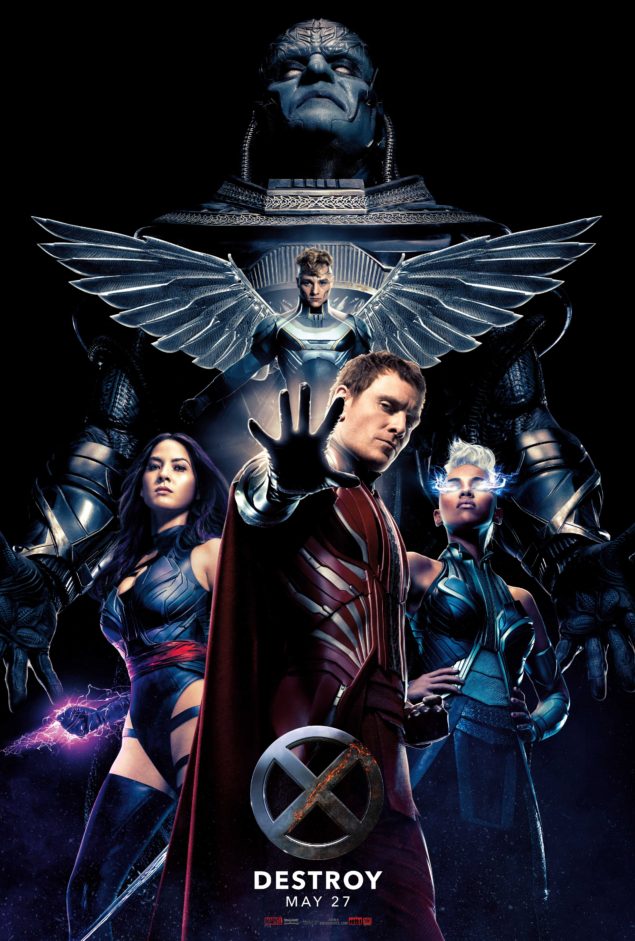 The film self prophesizes its own fate when in the beginning characters step out of a screening of Return of the Jedi wondering which Star Wars movie was the best one. Jean Grey adds: "At least we can agree that the third one is the worst."

Unfortunately, among the trilogy of recent X-Men movies: First Class, Days of Future Past and Apocalypse this is absolutely true. While it isn't as bad as X-Men 3: The Last Stand, it is definitely not the strongest.