You gotta love edge-to-edge displays right? 2017 marked the year when every major flagship manufacturer started to make use of the feature. Today we've got a beautiful phone for review, which shows how well you can design a device, and make it affordable. The Xiaomi Mi Mix 2 gives bigger flagship phones out there a run for the money when you take a look at its display. And with the Snapdragon 835, it does not cut back on performance either.

The Xiaomi Mi Mix 2 carries a solid ceramic build. This lends the smartphone a very premium look, clearly showing how much attention to detail aesthetics have received. It feels solid as well, despite lacking the illusion of sturdiness provided by bezels. With the Mi Mix 2, you're sure to leave a layman impressed with the aesthetics to beat some of its most expensive counterparts.

However, Xiaomi makes some interesting compromises. In a process influenced by aesthetics, the Mi Mix 2 has a ceramic back. Yet, there's no wireless charging. The frame is aluminum, covered with a special corrosion resistant coating. It tries to be as minimalist as possible, removing the famous 3.5mm earphone jack and allows for no obstructions. While a 5.99" display removes the front fingerprint sensor, the big win this year for Xiaomi is finally getting the size right.

A bezel free display is old news for the company. The Mi Mix 2 is surprisingly easy to use, especially when you compare it against its predecessor. However, this obsessive focus on aesthetics leaves the gadget short in one area. The Mix 2, is easy to drop. If you're a puritan and use the smartphone without its case, do expect a couple of unexpected slips over first few weeks of use.

This is a remarkable omission, which makes us wonder on how well does Xiaomi really test its smartphones. Lastly, one blemish on an otherwise flawlessly polished ceramic back is the '18K' Gold ring around its camera sensor. It serves no practical sensibility, being present just for its own sake. The Mi Mix 2 boasts excellent speakers as well, which ensure smooth multimedia viewing, without earphones. Xiaomi followed Apple's tune and removed the 3.5mm earphone jack on its otherwise well designed smartphone.

Under this ceramic build, the Xiaomi Mi Mix 2 runs Qualcomm's 10nm Snapdragon 835. This, coupled with the Adreno 540 makes for a powerful punch. If you're an average user, the Mi Mix 2 will last you more than a day, at reasonable levels of web browsing on cellular data. Carry portable WiFi with you, and the smartphone will last more than a day for around 10-hrs usage daily.

Switch to performance intensive tasks, and you'll witness absolutely zero glitches in compute. Xiaomi's MIUI runs very smoothly.The Mi Mix 2 performs well while running multiple tasks. However, the device's disadvantage is visible in benchmark scores. If you like showing off, the Mi Mix 2 will disappoint. It's built for the emerging Chinese middle class who, like their Japanese counterparts love a little bit of extravagance at the expense of performance. It's this market which rejected the $1000 iPhone X, choosing value-for-money rather than bragging rights.

The Snapdragon 835 housed under the Mi Mix 2's slippery ceramic performs at the outlying percentile(s). The Mi Mix 2 beats Samsung's Galaxy S8 lineup for most benchmarks, bested only by the Galaxy Note 8.  When throttled, CPU output stays consistently around the 170K GIPS mark. However, double the number of threads per minute and the Snapdragon 835 drops to 132,000GIPS. One of the four cores on the 835's higher frequency cluster shuts off at 5 minute mark, as Qualcomm's heat management problems continue to remain unresolved.

However, at the 8m mark, our problem core starts operation once again, kicking output to 140,000GIPS sporadically. Temperature readings are not consistent across either of the clusters. The LITTLE one, clocked at 1.90GHz has a range of 18F across the four cores, with three reading under 100F. However, one core stays at 117F, and seems to bear the brunt of performance. The higher clocked cluster displays more consistent results.  At the end of a 65% throttling run for 15m, the Snapdragon 835 stays mildly warm at 96.8F.

A final 80 thread throttle run shows the 835 dropping to 80% performance under a minute, and staying there for good. At this point, the CPU temperature is 115F. The Mix 2's slippery ceramic plays a good role here, as the phone is not uncomfortable to hold or touch at this point. If you're interested in more details for gaming, we've got that covered in the upcoming sections. Lastly, at the risk of sounding too boring, at 150 threads, output jumps to a peak only when holding the Mi Mix 2 in clammy hands, dropping down at 147,000GIPS when the device is placed on a leather surface. Load distribution across the cores is consistent, with an approximate 60s switch interval. 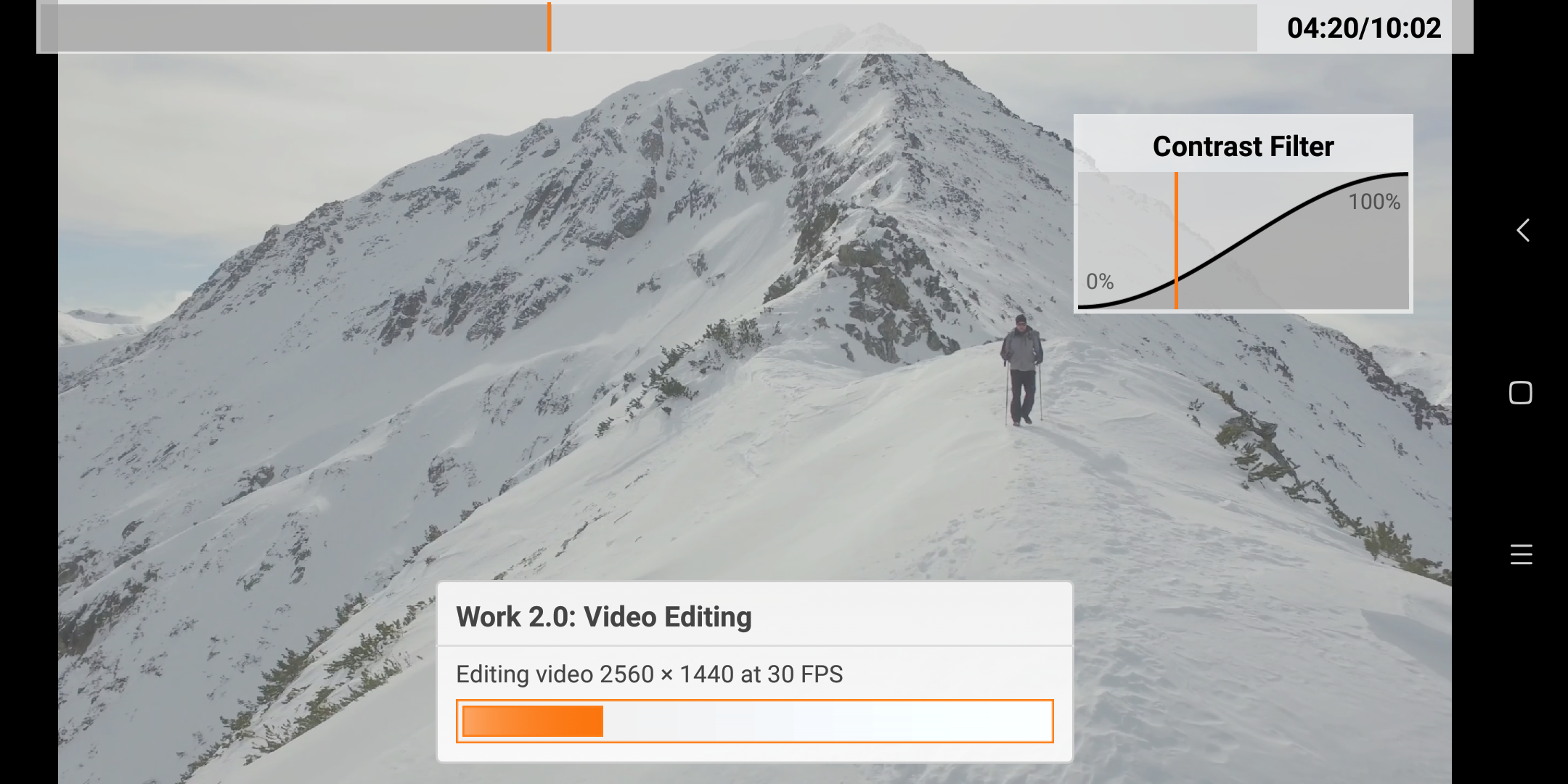 Moving towards benchmarks, we've got a lot of scores and tests. Keeping in mind that as these are arbitrary quantifiers of hardware computations, comments are at a minimum. However, if you spend $600 for a smartphone, a good gaming experience needs presence on your priority list. Otherwise, paying for all this high-end hardware is useless. We've run a lot of tests on the Mi Mix 2, so let's dig in.

For gaming, Qualcomm's Adreno 540 performs as expected. The Mi Mix 2 is equipped to take on the heavyweights for gaming. To prove our point, we've got several benchmarks. As each application tests different performance metrics, holistically, they serve as a complete medium to separate the Mix 2's wheat from the chaff. If we consider GFX Bench results, the phone is a clear winner. Notwithstanding Apple, Qualcomm's Andreno 540 performs better on the Mix 2 rather than Samsung's high-end Galaxy S8 and S8+.

Xiaomi's smartphone leads by miles in Car Chase, which is GFX's most demanding test for high-end gadgets. There are few glitches in performance, with the GPU managing workload consistently. Qualcomm's hardware this year follows the company's old patterns. The Adreno leads, while the Snapdragon follows. If you remember GeekBench scores in the previous sections, the Mix 2 managed to keep up only with 2016's devices.

3D Mark's Slingshot Extreme does not replicate this performance. Samsung's Galaxy Note 8 beats the Mi Mix 2, as the latter comes in seventh place, directly behind Google's Pixel 2 XL. However, the range of scores between first and seventh isn't much, so do not expect any major difference in scores. At this point, the only detail which matters is the Mi Mix 2's price point.
A minimum $300 difference is not worth a 150 range - if your aim is gaming.

The Xiaomi Mi Mix 2 features a 5.9", 1080p display, with a 18:9 aspect ratio. The phone is designed around this screen, since Xiaomi's had plenty of time to learn from its and others' experiences. Frankly put, getting such a display, at a price point below Samsung's Galaxy S8/S8+ at the same specifications is a bargain that everyone needs to consider seriously. Like its predecessor, the Mix 2 also reserves pixels for onscreen controls, reducing overall space available for other functions.

The display and form are tightly aligned, with sharp corners blending in nicely. The ceramic back and glass front complement each other. The Mix 2 houses its front camera at the bottom, which is rather thick compared against other edge to edge smartphones. The original Xiaomi Mi Mix reserved 120 pixels for the aforementioned onscreen controls. 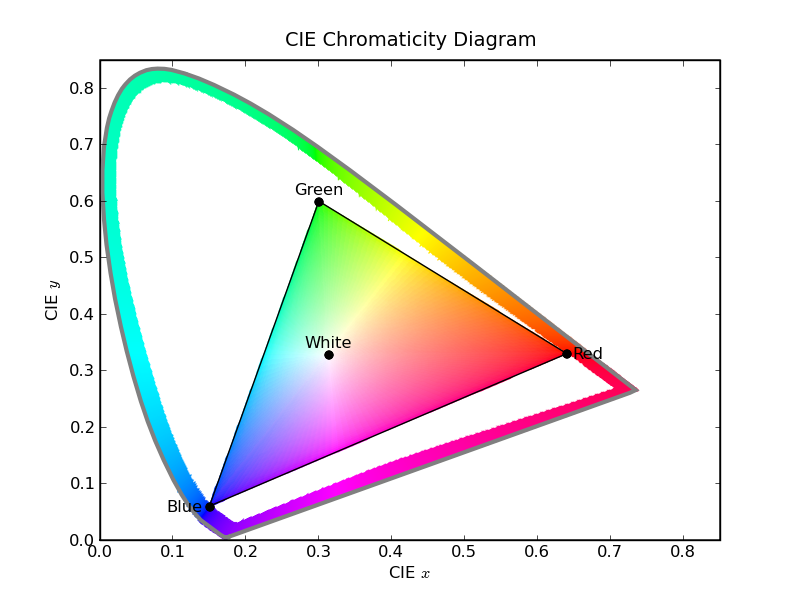 Compared to its predecessor, the Mix 2 is taller, housing 120 more pixels at a resolution of 2160x1080. This makes the device only slightly difficult to hold. Our initial tests revealed uniformity of touch across surface area, with support for up to 10 different touch points. Display forms the central feature for the Mix 2's aesthetics and performs beautifully.

Plotting sRGB, we find out that the Mix 2 covers more than 100% of the CIE standard. Peak brightness is around 440 cd/m², for standard contrast setting. At maximum contrast, it rises to 480 cd/m². Pixel calibration was sufficiently achieved on our device. It's no OLED, but the Mix 2's display does the job of competing well with the majority of smartphones out there. Xiaomi needs to build on this, and focus on an OLED successor, rather than rushing with the Snapdragon 845.

The Xiaomi Mi Mix 2 has a single, 12MP rear camera sensor. It performs adequately, suiting a middle ranger rather than a flagship device. With the smartphone's $600 price tag, Xiaomi had to  compromise somewhere The Mix 2's rear camera performs adequately in daylight, but has trouble keeping up in low light environments.

Image crispness isn't above par either, with overall results looking cooler than you'd expect from a top-tier gadget. Neither does Xiaomi's camera app stand out in the crowd. The first problem is output from the camera being displayed on only one half of the smartphone's screen. If you're a semi-pro, Xiaomi also offers a Manual camera option.This allows controlling focus, ISO, exposure and white balance.

The Mix 2 is clearly intended towards casual photographers, with a large assortment of themes available. Our personal favorite is 'sketch'. See if you can spot it in the gallery above. The smartphone can also record video at 2160p@30fps, 1080p@30fps and 720p@120fps. Xiaomi's focus feature is a treat, since it allows the Mix 2 to capture greater detail for long distance shots. It also helps capture detail while the camera is zoomed in.

Battery performance is another strong aspect on the Mix 2. The phone will last you almost two days on a full charge, without using cellular data. With cellular, the 3400mAh battery lasts a complete day with heavy usage. Xiaomi's power saving features also help manage battery life. To further test things, we ran Antutu's battery test on the smartphone. This tests usage non-stop with a mix of full CPU load, web browsing and multimedia.

The Mix 2 scores 9635 on the benchmark, putting it at par with today's high-end gadgets. A big factor here is the device's display resolution which keeps things under a limit. Speakers are great as well, able to fill a 7'x10' room completely with sound. Xiaomi's done away with the 3.5mm earphone jack. Make sure to carry the dongle provided inside the box if you're used to standard earphones.

Keeping in mind the Mix 2's slippery ceramic, Xiaomi also provides a back case with the smartphone. This is plain ugly and defeats the purpose of our designer smartphone. Additionally, if you get a China ROM device, then you'll need to turn of VoLTE in order to make calls. Xiaomi's not used to international markets, despite developing a solid smartphone. A beautiful smartphone which will turn a lot of eyes, the Xiaomi Mi Mix 2 is a perfect bargain. Make sure to check it out, its first feel will make you consider it as a strong buy.