The market for affordable flagship devices is quickly becoming saturated with new entrants and very rarely do you see something new. Xiaomi, which is fondly referred to as the Apple of China, made very successful mainstream phones with the Mi 5 and Mi 5s but that apparently, was just the beginning of its aspirations.

This year, it has rolled out a product that is the first, truly high-end flagship device that can go head to head with all the big names: the Xiaomi Mi 6, and today we are going to put it through its paces. Our review sample was provided to us by Gearbest who are offering promotional discounts to Wccftech readers. We received the International 128 GB version with 6GB RAM which costs $581. The 64 GB version can be had for $496. Since local vendors usually add their own markup, and these devices are usually priced just right, you can buy this phone directly from their website and it will be shipped to your doorstep. 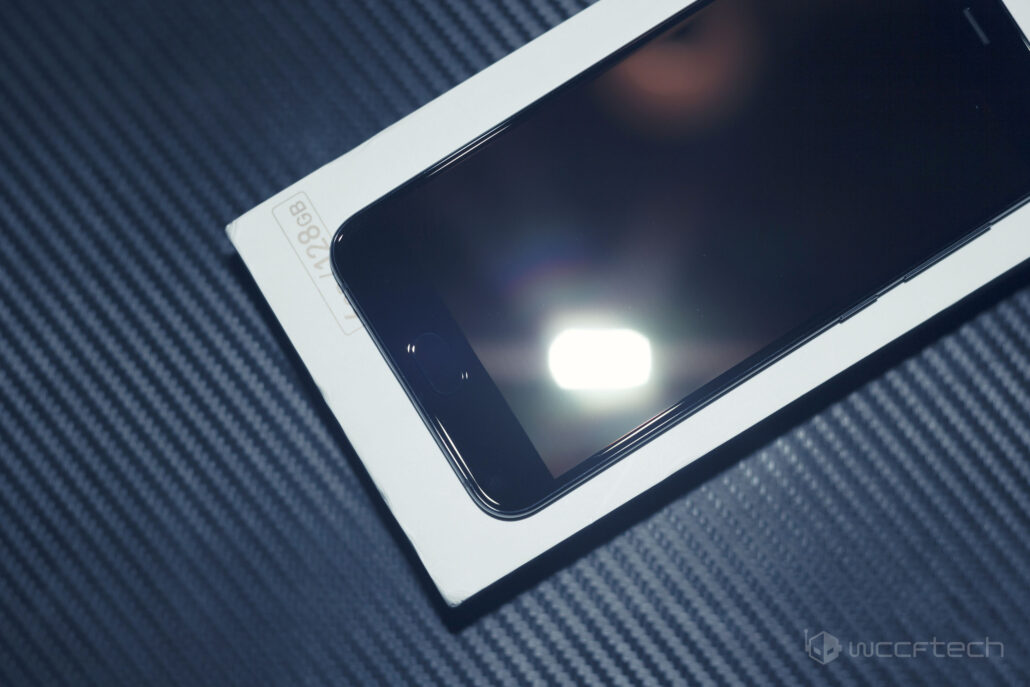 Xiaomi needs no introduction in China, but to those who are not aware, this company is pretty much the 'Apple' of the Chinese market. They make high quality products at competitive pricing but usually stick to the Chinese mainland as far as their market is concerned. With the advent of the Xiaomi smartphones, however, the company has made active efforts to reach out to the international market by making well-developed products that can go head to head with just about any Western counterpart.

One of the greatest successes of Xiaomi was the Mi 5 and Mi 5s. These can be construed as one of the first phones of its lineup that broke into the mainstream and truly impressed people with their value proposition. While the devices were on par with the competition in terms of performance (the Mi 5s actually has the same camera sensor as the Pixel and costs about 1/3 as much), a lack of polish meant that they did not gain as much traction as they could have. All that is set to change with the Xiaomi Mi 6, which is not only much faster and beefier (in terms of horsepower) than the Mi 5s but has been painstakingly developed to appear just as polished as any other Western smartphone manufacturer, if not more.  As always, let's start with the specifications:

As you can tell, the Xiaomi Mi 6 is no joke. This isn't your average cheap Chinese tablet - this is one of the first high-end Chinese smartphones that are ready to poach clientele from the Western market. With a Snapdragon 835, an octa core processor clocked at 2.45 GHz, this is easily one of the fastest flagships around right now - not to mention the huge 6 GB of vRAM. The device does not have expandable storage but does contain around 64GB /128GB of memory depending on what variant you go with. The device should have no compatibility issues with your network and supports all the major carriers out there.

Unfortunately, however, it would seem that even Xiaomi has decided to forgo a 3.5mm jack and shift instead to a dongle (which is included I might add). Another thing that enthusiasts will be pleased to see is the presence of a dual camera design which we will be putting to the test shortly. The Xiaomi Mi 6 has a 1080p IPS LCD display powered by an Adreno 540 (talk about overkill) which should absolutely shred through any game you throw at it. The mobile has a 3350 mAH battery which should easily last through the entire day. 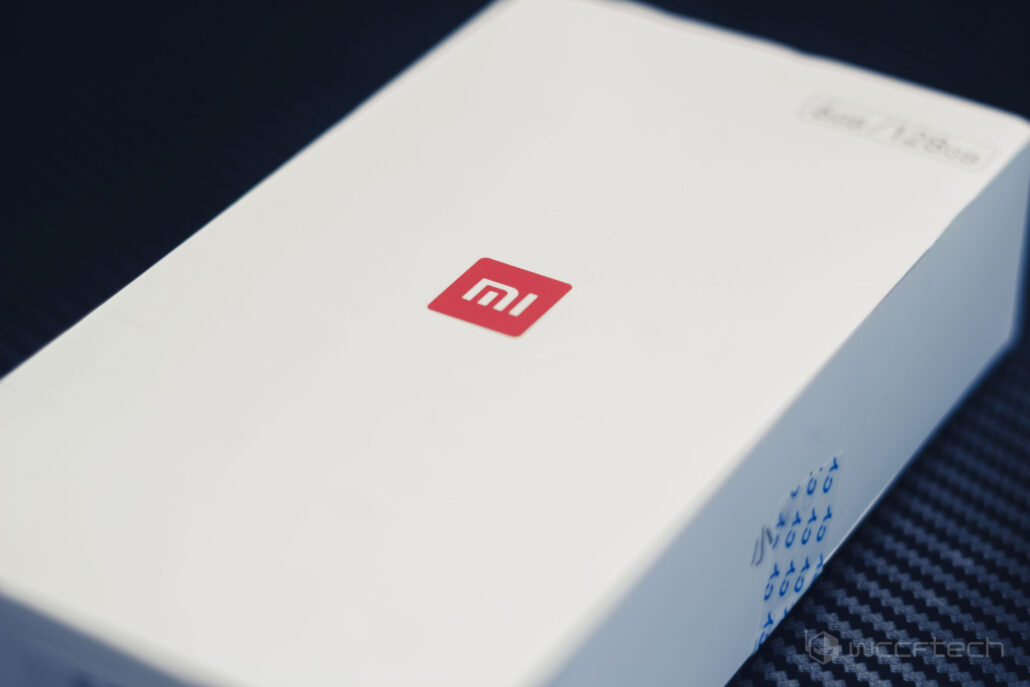 The Xiaomi Mi 6 box comes packaged in large bubble wrap, so damage during shipment is very unlikely to occur. The bubbles are large enough to absorb even the worst of shipping manhandling. So if you are someone who suffers from shipping anxiety (is that even a term?) you would be pleased to know that your ordered device would be safe and secure if you order from Gearbest.  With that out of the way, let's talk about the actual contents of the package. 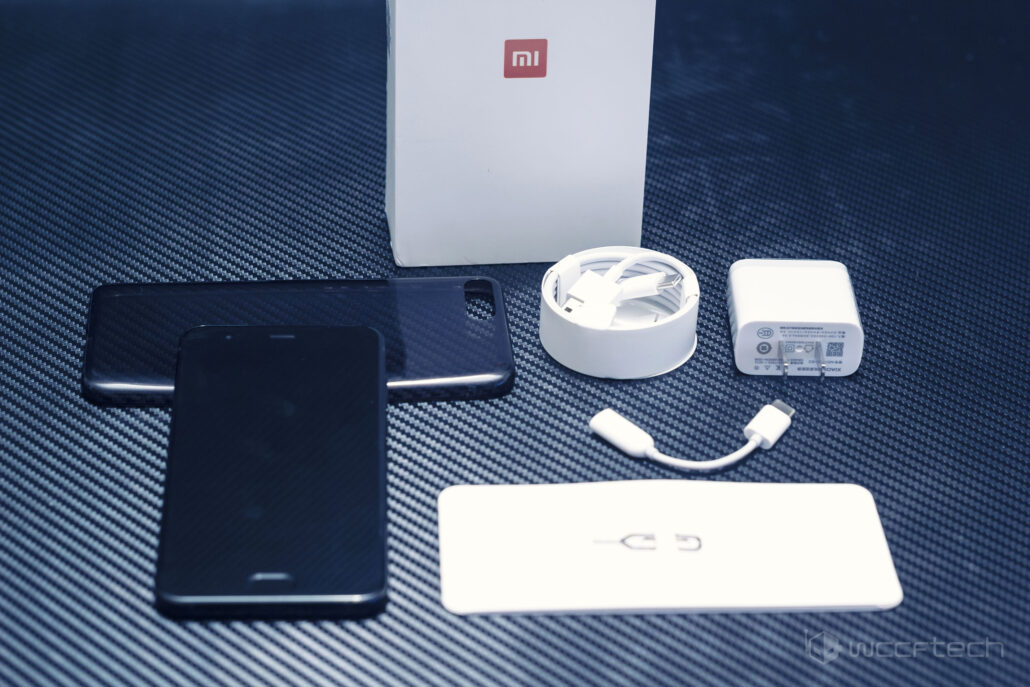 Inside the box you will find:

I really find it thoughtful that the company has included a black silicon cover with the Xiaomi Mi 6. It is gestures like these which truly set the middle end from the high end. The Mi 5s did not ship with any cover and it goes to show how the company has evolved with its product philosophy. The cover is something that will not add any bulk to the Xiaomi Mi 6 and protect the Ceramic backside.

The Xiaomi Mi 6 is an absolutely gorgeous slate. The finish feels much superior than the Xiaomi Mi 5s, which we also borrowed for testing and the circular design finish is definitely a step up from the rectangular angles of the 5s. The phone features a ceramic back design that is all but invulnerable to scratches but does pick up fingerprints fairly easily. 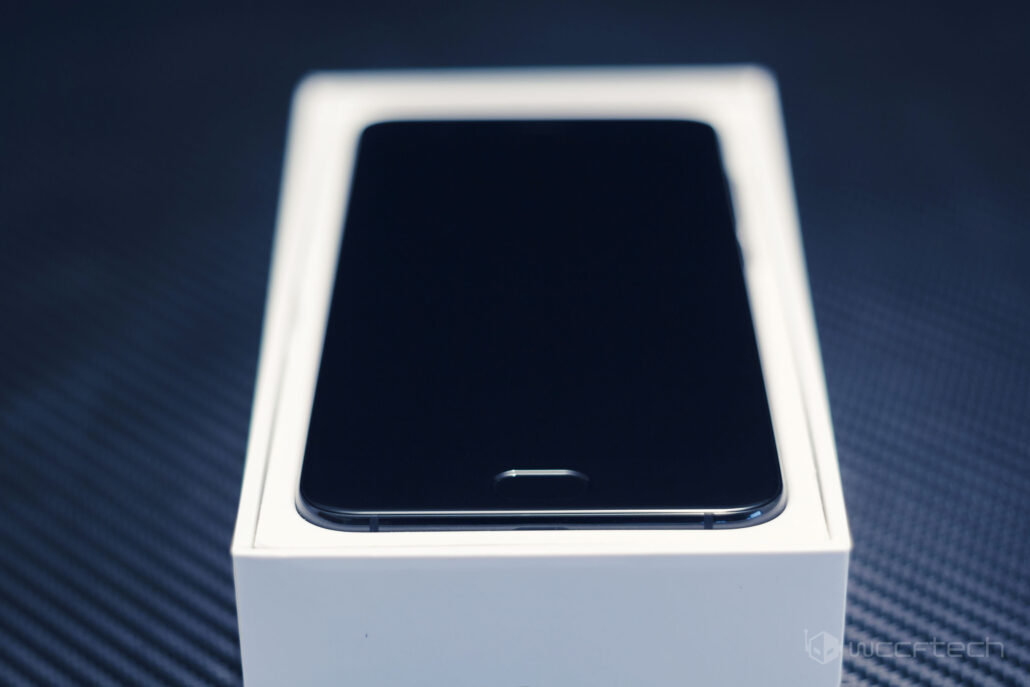 Ceramic being extremely tough (it rates around 8 on the Mohs scale of hardness) is much more prone to cracking, however, unlike softer materials that are usually used. This means it would be a very good idea to keep that cover on at all times to protect the beautiful and shiny back of your device and like we mentioned before it really doesn't add any bulk to the Mi 6 while retaining the design philosophy as well. The side is made from metal and the phone feels very sturdy in your hand. Heft is always a sign of a high-quality build in our books and the Mi 6 finally feels premium. The Mi 5s, on the other hand, felt quite light. The phone also fits easily in the palm of your hand.

All Xiaomi phones utilize a skinned version of Android known as MIUI. Since this is the international version of the phone, it is running a completely English version of the OS and we did not spot any Chinese anywhere. This is a step up from previous devices where MIUI felt a bit, well, unpolished. The OS works absolutely flawlessly on this device and the sleek and angular design philosophy is really one of the most well-built skins of Android we have seen so far (arguably even better than Samsung's).

The Android base version that is used is currently Android 7.1 but it will be updated to MIUI 9.0 shortly which we expect to be based on Android 8.0. MIUI also has a Mi account which is optional but will enable certain features such as find my phone and lock my device. These features will protect your phone and in the case of theft, disable it for good. We were not able to find any glitching or caveats to the MIUI performance in our testing.

4. Putting the Dual Camera to the test

Here's the thing. Before we begin this test I want to point out that I firmly think that the dual camera fad that has recently taken hold of the industry is a bad idea. Why? Because you only have a limited amount of budget for the camera and 2 for the price of one will never be better than a single one. When manufacturers incorporate two cameras for the price of one into a smartphone, there is going to be some quality trade off and we expect to see that here as well. Still, it is what the entire industry is following right now and even the One Plus 5 is no different so here goes.

The zoom lens on the Mi 6 offers real optical zoom and does noticeably improve the quality of far away objects in your scene. Both lenses have roughly the same low light performance with the zoom lens having the slight edge. In good lighting conditions, both cameras will perform remarkably well but in low light conditions - you might notice the loss of detail in shadows and inaccurate color reproduction.

Since we had a Mi 5s lying around, and that particular phone features the Pixel's camera, we decided to take it out for a spin as well in a head to head comparison. Keep in mind, however, that this example probably serves to highlight what I was talking about. A much more expensive single camera will almost always offer better picture quality than two cameras for the same price. As you can see, there is a night and day difference between the Mi 5s' low light performance and the Mi 6.

To make the difference even more clear, I have taken the liberty to zoom into the pictures and crop the image. In the Mi 5s, the keys are perfectly clear and shadow detail is very well preserved. In the Mi 6 (and notice I am using the zoom lens over here, which has superior quality) the keys are blurred out by the phone's image crunching algorithms and there is almost no detail in shadows. The result from the wide angle lens is even worse and features completely washed out image quality. As with almost all dual cameras - these work best in high to mid light conditions as opposed to low light ones such as the ones we test at.

5. Xiamo Mi 6 benchmarks and comparison to the Mi 5s

Now comes one of my most favorite parts: benchmarking one of the most powerful smartphones on the planet. The Mi 6 is an absolute beast when it comes to performance. It absolutely blows away the Mi 5s in every single aspect when it comes to horsepower. There were benchmarks (Geekbench) where were actually getting more than twice the score on cold runs! However, since our testing methodology involves testing phones in realistic, room temperatures and after they have warmed up, we had to discard those. Still, even the warm runs resulted in a power differential of 80% which is no laughing matter. 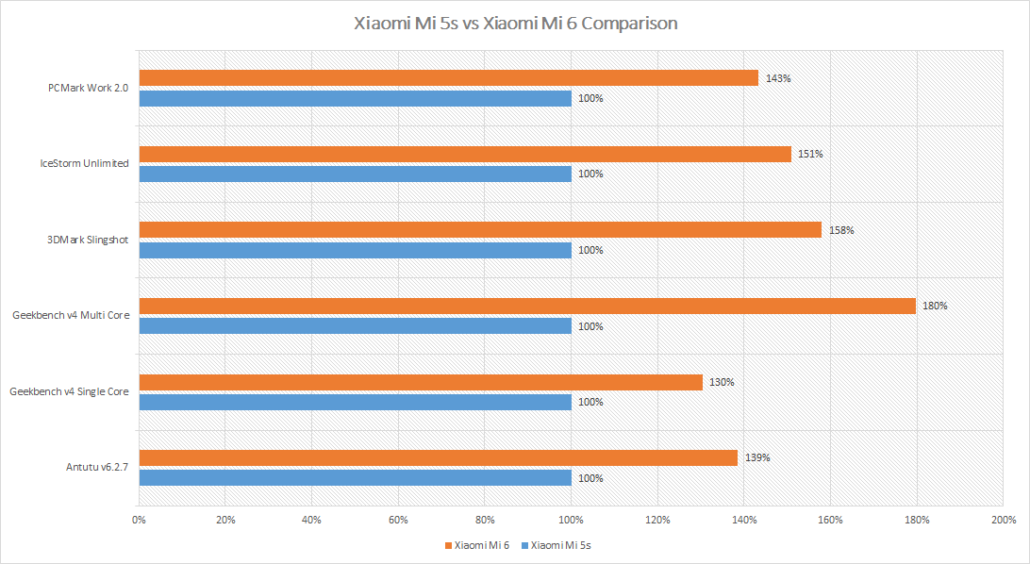 As you can see the Mi 6 absolutely shreds the Mi 5s in comparison. In fact, just for the fun of it, I put our Mi 6 sample in the freezer and then ran some cold tests on it and it actually scored the highest benchmark for its category (185767 points) in Antutu. While those were pretty unrealistic thermal conditions it goes on to show the raw power of the Snapdragon 835 chipset and the insanely powerful GPU hidden inside.

We saw an average performance increase of 50% over the Mi 5s which is a very impressive delta between generations. Xiaomi is making a statement here: the Mi 6 is in another league as compared to the Mi 5s and it wants everyone to see the no-compromise internals of the body. Trust us when we say, you will not find more powerful internal for this price right now. At best, you will be able to match these.

And finally, this brings us to the inevitable conclusion. Is the Xiaomi Mi 6 worth it? In one word: Yes. Xiaomi has really outdone themselves this time by fixing all the imperfections of the MIUI OS as well as the deficiencies of the Mi 5s. The Mi 6 is as premium a flagship as any of the Western players out there and the performance speaks for itself. In all my testing, I loved the feel of the MIUI interface and the snappy performance of the phone.

My only complaint is the dual camera - and that is more of a design choice reservation then a fault.  Since this design choice is being heavily adopted by pretty much everyone out there and seems to be the latest fashion, we can't really hold a grudge against Xiaomi for following the trends. All in all, this is an absolutely superb flagship should you want to buy it, it has all the polish and curves of the Apple philosophy (even the lack of a 3.5mm jack!) and should make for an excellent value purchase should you buy it from Gearbest - who are offering discounts to our readers. The 64 GB International Version costs $496 and the 128 GB International Version costs $581 - both are dual SIM variants.