Because all of the Xenoblade Chronicles games are such massive, vast experiences that can easily take 100 hours away from your free time, I was hesitant about Xenoblade Chronicles 2's DLC expansion, Torna: The Golden Country. This brand new expansion gives us yet another big open world to uncover, in addition to a nice prequel story which is welcoming enough for both players that have already run through XC2, and those that are completely new to the series.

But how can a DLC expansion truly even hope to complement the main games? A new area, sure, but with the short runtime, there's less opportunity to get to know the characters, less to see and do, and surely, a less impressive, less interesting story at play, right? Well, actually, Xenoblade Chronicles 2 - Torna: The Golden Country is shockingly endearing, and in a few ways, does things better than the main game.

Following new characters and familiar Blades, Torna: The Golden Country gives anyone who has already played XC2 a brand new perspective on the cast they're used to while introducing them to new ones. The story primarily follows Lora and her Blade Jin, who will be familiar to anyone who played the main game. You get to see the characters in a brand new light, showing more sensitive and delicate sides of them, and of course it all leads towards helping you understand some understated character motivations in the main game.

But what is most interesting about the Torna DLC, are the small changes they've made to battle. For me, Xenoblade Chronicles 2's battle system worked well but was too confusing. The UI was frankly a mess, and it takes hours of play to properly understand things - and even after hours of play, I regularly heard complaints from people who didn't understand how things played out. Monolith Soft have clearly taken these complaints on board, because the battle system in Torna is the same thing, but honed and refined.

Mechanics like cancels, and building your supers for more powerful attacks felt unclear in XC2, but in the Torna DLC your main character Lora immediately has a move which becomes more powerful upon a successful cancel, and the method for pulling out those big, impressive specials is much clearer thanks to some UI changes. It immediately made battles resonate with me more quickly, and found myself back in the XC2 groove before long.

You can now also switch between your player character and your Blade. Blades are mysterious, summonable beings which will help you in battle. While before Blade switching would change your stats and moves slightly, now it changes your character in battle, giving a whole new host of attacks to use and changed animations, which just look lovely. Switching will also cause an attack, which can be cancelled out of.

While one character is up front battling, your Blades' moves will be charging away, so once you've unleashed hell on an enemy, you can switch and continue your Blade combo. Having multiple Blades does of course mean that you will have more move at your disposal, though this game won't have you collecting Blades and Core Crystals in the same way that XC2 does.

Completing side quests now builds up a community as NPCs will view you more favourably, giving weight to your cause. Side quests here are, honestly, possibly the worst they have been. Side quests are rarely interesting in any game, but here the party your with isn't even likely to converse much with NPCs when receiving quests. It's a very typical loop of collect a quest, fast travel to wherever is nearest to deal with it, fast travel back to hand it in and repeat. Honestly, even the first Xenoblade Chronicles didn't make you hand in quests, they could've kept that little feature.

Everything that has been added in Torna: The Golden Country has been small, but valuable. The community building, the way characters interact with one another, even the campsites you find in the open world (which essentially replace the inns you find at cities and villages) let characters chat to one another, craft items, and place them in their pouches so they perform better in battle. What's new can be taken to extremes if you're the completionist type. You can easily stretch Torna's playtime out into dozens upon dozens of hours if you're so inclined.

But ultimately Torna: The Golden Country is adapted for a shorter, quicker kind of play. Characters level up faster, and you can breeze through many of the side quests you'll find, but that doesn't mean it's shallow in any way. All of the things you loved from the main game are here, just in a more bitesize package, and it's a shockingly good place to start on the series as a whole. 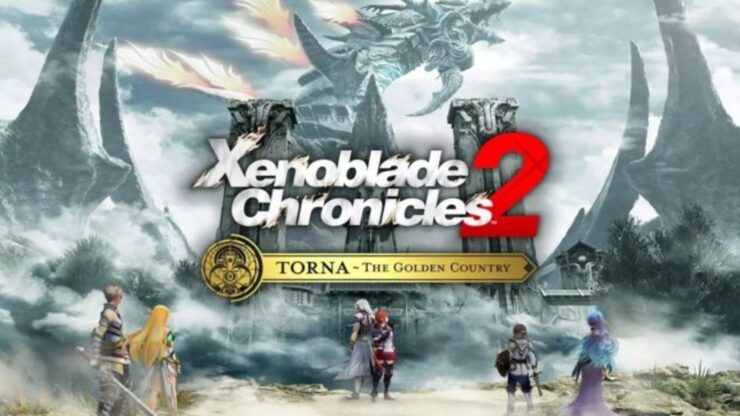 Torna: The Golden Country makes for a fantastic place to start in the series and an essential play for anyone that enjoyed Xenoblade Chronicles 2. It's been shortened, streamlined, and depending on your preferences, you might find that this DLC expansion handles a few mechanics better than the main game ever did. Essential for Xenoblade fans, and a good place to begin for those uninitiated.