KT Racing have improved leaps and bounds over the previous four years. This is something I made clear in my review of WRC 8, released last year. Around a month ago I was also able to get hands-on with WRC 9, previewing the game, getting a first look at the changes made to push this new iteration forward. The quality was certainly there, though there were a few little issues that kept niggling away.

Knowing this and moving into reviewing the final product, how is it? I've already said it's on the podium in the title, but is this taking the gold, silver or bronze medal? Let's find out.

Let's make one thing reasonably clear, this isn't a leap forward in the same sense that WRC 8 was. WRC 8 was a jump from a series that was, up to that point, distinctly average-at-best and suddenly found itself in the big leagues, actually standing toe-to-toe with games like DiRT Rally and not feeling like the poor man's choice. Building on that leap was always going to be about refinement and this is exactly what KT racing has pushed for.

Let's go with the racing itself first, because what is a racing game without the actual racing? I'm genuinely asking here, I don't know. Would it be a walking simulator? Anyway, back on point. The racing here in WRC 9 is great. It's still accessible enough that people like me - not exactly the best at racing games, I just play for fun - can jump in and not find it unapproachable. At the same time, turn the assists off, ramp up the settings and you're going to find a game that doesn't land far off games like DiRT Rally.

It manages this through improved physics and just the general feel of the cars, as well as how they react to the varying challenges the game throws at you. Fortunately, KT Racing seems to have finally fixed a long-running issue where, even after the slightest of bumps, my car would go flying off like Amelia Earhart was in the seat. I'm not going to say the car sticks to the road, you'll get some air when needed, but all this is part of the racing. It's your car responding to the track.

About responding to the track, you'll find the game offers great reactions to different surface types and weather conditions. From dirt to gravel, a dry surface, to a soaked surface, or snow, you'll find it genuinely feels different with a change of course or a change of car. When it comes to the stunning weather in WRC 9, you'll find it a lot more challenging and a struggle to stay on course and not find yourself wrapped around a tree or rock.

Well, you may find yourself wrapping yourself around a surprising tree or rock every now and then, particularly when you find a tree that's sat in the middle of the course. Now, I fully appreciate that these Rally events mostly take place in the wilderness and yes, you can't tell a tree not to start growing on a patch of dirt you have designated a road. I would have thought that the race officials would have checked the course first. Particularly for subterranean trees that are just poking their... heads(?) out of the ground.

I know, I'm being facetious. It's a slight issue and likely will be fixed by the time WRC 9 has been released, but I saw the tree, threatening to loom up and completely block the track. While we're on the subject of issues, I've also had audio problems, from audio cutting out - both the engine and the co-driver have cut out at different points, though it is rare and I've not been able to recreate it at will, it seems to be random - to a few issues in the career. I'll cover these when I talk about the career in three or four paragraphs.

Now, after that slight detour... Wait, let's keep on with detours. KT Racing really need to expand the area you can put the car. I know you're not allowed to avoid the track completely in a rally event but giving you a warning the second your side-mirror slightly crosses the threshold is taking liberal amounts of urine. I've complained about this every time and I will keep complaining about it, you're allowed to go a bit off track and if you crash, the game needs to give you more time to recover. By the time I'm recovering myself the game is transporting me back on the track with a stern look on its face and a sharp penalty to my time. It's just wrong, particularly on wide-open and stunning areas like Kenya.

WRC 9 is a genuinely beautiful game. From the great shots of light filtering through the canopy of trees, to the impossibly dark extreme weather events you can find in the campaign. If you turn your lights off, all you can hear is the thunder of the torrential rain on your roof and the crash as you hit the wall you couldn't see after spinning out after aquaplaning. The only issue you may find is if you look too closely at the spectators or some foliage, the same quality isn't there.

However, you're not meant to be focusing on them, you're meant to be zipping past at 200 miles per hour, right? At least that's how the engines sound, well, if you're going that fast. The audio is on the same level as the visuals. It all sounds great but with just slight issues such as the aforementioned bug where it cuts out. Well, that and the audio balance, where I've had to tweak things just to make my navigator audible.

There are also a few issues with the career mode. I told you I'd come around to it. In the career, you're given objectives by your team, and sponsors. One challenge asked me to complete six - I think - extra events within the month. However, the issue I had is that only the first two weeks were available because the latter two were part of an off-season sort of thing, a time-lapse where I couldn't assign anything. Instant failure. The other issue is that it hasn't really progressed from the last outing.

Okay, so if I'm remembering WRC 8's career correctly, there's a little more control here. Control over your calendar, your team and elements like that. The upgrade tree, I'm almost certain, is the exact same as last year, and so are the diversions like the special events. Granted, I'm not going to complain here because of the improved experience on-track, as well as the improved visuals, weather system, and so on, have made this aspect better. I suppose this is to say that WRC 9's career is still more than strong enough to suck you in, I would have just hoped for a little more?

All of this is to say that WRC 9 is still a great game. It's better than WRC 8 due to the simple fact that the actual racing of this racing game has improved. KT Racing still need to fine-tune aspects and do a little more QA, but the experience is still top-notch. Also, stop punishing people for even looking off of the oh-so-rigid course, a little leeway would go a long way - you've created these areas, we can see them, just let us use them even if you have to penalise us by adding time.

Anyway, WRC 9 is a step forward, make no mistake there. It controls better than the last, it looks better than the last and when it's not letting the bugs out to play, it sounds better than the last. I'm going to still give it a Bronze medal, but you can see it slowly reaching up to gold, enviously eyeing up DiRT Rally's prize, knife in hand. Which game is silver? I honestly don't know; I didn't think this part through. 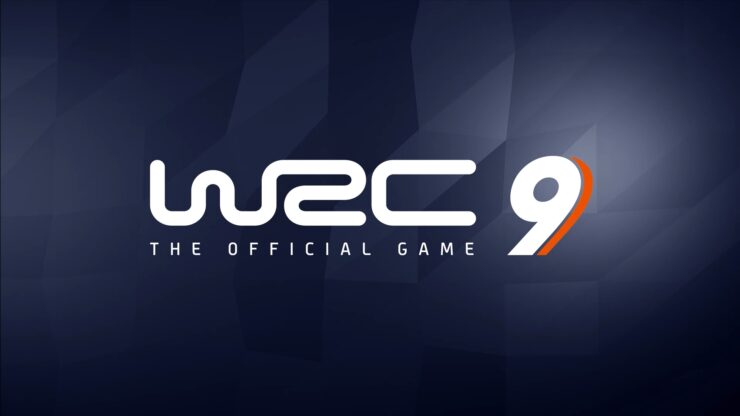 WRC 9 is yet another step ahead for the WRC series from KT Racing and Nacon. However, unlike last year's outing which was a massive leap, this seems to be content to simply refine. In keeping with that, the visuals, audio, and general racing have seen improvement, as have the physics, and although there are a few bugs here and there, they're fewer and further between. There's no doubt that WRC 9 is a strong contender and should certainly be on the list for anybody who wants a great rally game. Test Drive Unlimited Solar Crown to Have Less Cars than Forza, but They’ll All Feel Unique