There are a lot (a lot) of Warhammer video games out there, to the point they sometimes seem to blend into one big, samey sea of spiked shoulder pads and giant swords, but the upcoming Warhammer 40K: Chaos Gate – Daemonhunters is aiming to carve out its unique niche amongst the many other Games Workshop strategy and tactics games on the market. Focusing on a unique brand of aggressive, bombastic turn-based combat, the game promises to be more than just another XCOM clone with a few Warhammer references attached.

Of course, different doesn’t always mean better, particularly in the notoriously hard-to-get-right tactics genre. So, does Warhammer 40K: Chaos Gate – Daemonhunters score a critical hit, or is it a strategic blunder? Time to test this one’s mettle.

Warhammer 40K: Chaos Gate – Daemonhunters puts players in control of a squad of Grey Knights, pious and ruthless warriors who loyally serve the Emperor. Things aren’t going great at the beginning of the game, as your commander has just been killed taking down a particularly nasty demon, and your ship, the Baleful Edict, is in dire need of repairs. The plan is limp back home as directly as possible, but that all changes when your ship is commandeered by the Inquisitor Kartha Vakir, who’s investigating the outbreak of a curious contagion known as the Bloom spreading in the region. This plague turns out to be a dastardly plot by Nurgle himself, and of course, it’s up to you to stop it.

If you’re expecting an epic story with a big, sprawling cast ala Japanese tactics games like Fire Emblem, you’re likely to be disappointed, as most of the units you do battle with are simply faceless grunts. The story is instead told through a small handful of characters aboard the Baleful Edict, including Vakir, the aloof tech priest Lunette, the weary veteran Knight Ectar, and your gruff commander Vardan Kai (played by none other than Andy Serkis). The core cast may be small, but Daemonhunters does a solid job of ginning up drama between them and keeping players on their toes with a steady stream of new information and some cameos Warhammer fans ought to appreciate. As only a casual follower of the universe, I often find the stories in Warhammer video games quickly turn into indecipherable mush, but Daemonhunters actually kept me quite engaged.

The Baleful Edict is more than just a place for the game’s story to unfold, as there’s also a lot of strategic management to be done there. You’ll have to decide which systems to repair first, what research Vakir should pursue, and plot the ship’s course on the star map. Time passes as you travel around the map, and if you’re not careful, the Bloom will overtake entire systems. Let that happen too many times, and you’re toast. While this ship management stuff may sound like busywork, I found it quite engaging, as it feels like your choices really do make a meaningful difference. Daemonhunters’ strategic layer is further spiced up with random events that have varying results depending on your choices. Unlike a lot of other games, it’s easy to make unequivocally bad choices that can set you back in a fairly major way, which some may find frustrating, but I respect the developers’ commitment to really making these decisions matter.

Of course, as interesting as your time aboard the Baleful Edict can be, what happens on the battlefield matters most in a tactical strategy game like this. Daemonhunters is built upon a familiar XCOM framework – you field a small squad made up of various classes and move all your characters according to their number of action points each turn, making sure to take cover behind objects when you can – but Canadian developer Complex Games introduces a number of tweaks that set the game apart.

The Grey Knights are athletic brutes, scrambling over pretty much any object in their way and kicking their way through doors and windows in dramatic fashion. While you have options for attacking from afar, your Knights are most effective up close and personal. Abilities like overwatch are also limited in their effectiveness, making “kill ‘em before they kill you” your best defense more often than not. Thankfully, certain mechanics make charging headfirst into the fray less intimidating than in other tactics games. Chance has largely been taken out of the equation, with the game always telling you exactly how much damage an attack will do, making it easier to gauge if a risky play is worth it. Scoring critical melee attacks will also activate Precision Targeting, which allows you to hone in on certain parts of an enemy. For instance, you can slice off a sniper’s gun arm, limiting their offensive capabilities. You can also earn additional action points by unleashing gory execution moves (extending your turn like this is key to high-level play).

Stages are large, varied, and pleasingly interactive. Most cover sources can be destroyed, and you can take advantage of environmental hazards by doing things like bringing a statue down on a group of enemies’ heads or destroying the bridge under their feet. The game’s battles are brought to life with impressive detail, and properly bombastic and bloody mini cutscenes highlight the most dramatic moments. That said, while Daemonhunters is a nice-looking game, its UI is sometimes a bit overembellished and not as easy to read as it could be. Sometimes more isn’t always more.

So yes, the Grey Knights are badasses, and they kind of have to be because Daemonhunters takes no prisoners. Most of the time, you only take four Knights into battle (with the occasional guest tagalong), and needless to say, the enemy ranks are much larger. There’s also the Bloom to contend with, which increases each turn, inflicting status effects that either help the enemy or hurt your squad once the meter reaches 100 percent. And once you’re hit with one Bloom effect, it starts building up again. So, during particularly protracted battles, you may end up dealing with two or three stacked effects. Missions are designed to often go right down to the wire – frequently, I’d only just squeak past enemy lines to reach my objective or end up reduced to a single Knight before the mission mercifully ended. While Knights can fall several times before dying permanently, they need time to recover from their injuries, so a tough mission also adds stress to the strategic side of the game.

It often feels like you’re walking the razor’s edge while playing Daemonhunters, just a step ahead of everything falling apart. Some may find that stressful, but while I’ll admit being frustrated at times, I found the challenge compelling for the most part. The only time the game pushed a little too hard was during boss fights and certain story missions. These represent a significant difficulty spike, and often you’re locked into replaying them without any option to back out (pro tip: make sure to manually save before any major mission). For me, victory against Daemonhunters’ bosses often only came after repeated trial-and-error retries and more than a little bit of luck.

Even if you’re a better strategist than I am, Warhammer 40K: Chaos Gate – Daemonhunters is a big game. Even tactics masters will probably need 15 to 20 hours to finish the campaign, and most folks will probably take twice that long. Add a fair amount of replayability thanks to multiple difficulty levels and randomization and you may find Daemonhunters is a tough infection to kick.

This review was based on a PC copy of Warhammer 40K: Chaos Gate – Daemonhunters provided by publisher Frontier Foundry. 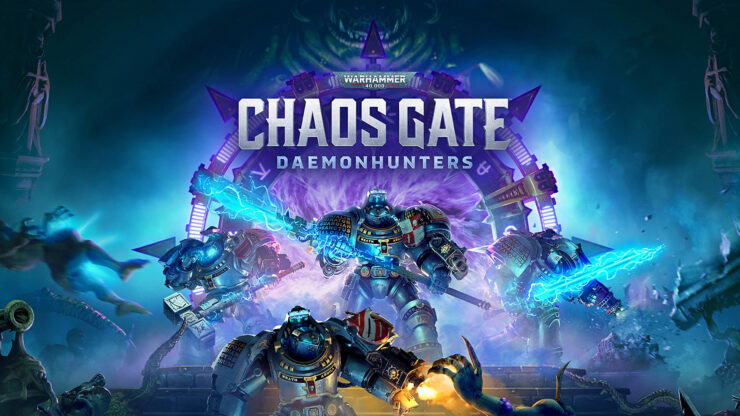 Warhammer 40K: Chaos Gate – Daemonhunters manages to successfully separate itself from most other tactics games on the market, while also capturing the gritty spirit of Games Workshop’s universe. Daemonhunters’ punishing difficulty spikes may turn some away, but hardcore strategy fans looking for an uncompromising challenge will likely embrace the chaos. 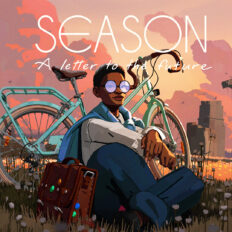 Season: A Letter to the Future Review – A Fleeting Farewell