Unruly Heroes is an Acton-Platformer developed by Magic Design Studios, featuring alumni from Rayman Origins, Assassin's Creed and Ghost Recon series', and is also based on the Journey to the West classic from Chinese Literature. You may have already heard of the game though, it was originally released on the Switch, PC and Xbox One back in January. It's has just launched on the PS4 today.

Naturally, being based on Journey to the West, you'll find yourself controlling all four characters, or at least version of them. This isn't a direct adaptation, differing in a number of ways but most of all pushing to be comedic telling of the tale, to varying levels of success.

Contrary to what I'd like to believe, I'm just a regular human and being so, I love to laugh. Now naturally, comedy is always subjective, much like the thoughts of a game, movie, novel or anything else. That's why reviews are naturally subjective and the best way to decide if a review suits you is by the extent of the detail given but also knowing if the author has similar tastes to you. I say all of this because I found myself cringing more than laughing at the lines in Unruly Heroes.

I just can't say I'm fond of a game being a little too on the nose with things, making very self-referential quips when it doesn't actually suit the theme of the game. It's fine in a game like Catherine because the whole setting of a game is that the story of a game takes place in a Twilight Zone style episode. Worst of all is when lines feel forced, such as "Now to find the gate to HuangHua Temple. Huh? Directions? I'm the Goddess of Mercy, not map-making!" or

Granted, that's just one pretty subjective aspect, where there are other areas like the gameplay that can certainly try to make up for any slights. In Unruly Heroes, as mentioned, you control four different characters based on those from Journey to the West. Each of these characters has varying different attack styles, from Monkey who uses a spear, to the magical monk bloke, the pig who has the well-designed attacks and the other one (is it an ape-man?) who punches and kicks things.

It all works pretty well and looks fantastic in motion. The art style and animations in Unruly Heroes are fantastic, with an impressive amount of detail in both the fore and background. Especially so when the background can directly impact on the foreground. Early on in the game you'll be able to jump into the body of a wolf, use its howl to control other wolves who would otherwise be trying to kill you, only one wolf is in the background and mimics your movements, including spear throwing, having you work through puzzles in both the foreground and background.

Indeed, Unruly Heroes contains quite a few different gameplay elements. From the basic of you activating specific abilities at character specific statues, letting you work your way through different areas of the levels, to more complex moments like using a vacuum to move platforms, taking control of other creatures you've defeated or even moving into child forms of your current characters which aren't exactly as proficient at fighting. If there's one thing to say about the game, it's that it contains a wide variety of elements and is never completely straight forward.

Or at least the gameplay isn't, the maps are as much as you can expect. Every now and then there'll be slight offshoots to the path, letting you pick up some hidden coins or scrolls. The scrolls unlock some artwork for you to look through, where the coins can be used to unlock extra skins for your characters. With 2700 coins to collect across the games 29 levels, you may find yourself tracking back or redoing a level if you want to collect all of the skins. I've still got a bit left to get, but I think I've got the best lineup of skins or at least the coolest ones.

Looking cool is the most important thing of course because it works great with the enjoyable and flashy combat. I've mentioned how all four of the characters have their own different fighting styles, with all of them looking great and feeling... okay. This is probably my major issue with the game, it can be a little unresponsive or even feel floaty, for lack of a better term. All too often I'd find the character continuing to attack after I've stopped inputting an action, which is also a problem I have with the platforming. Too many times I've died by my character walking off of the edge of a ledge.

For the most part, I've found Unruly Heroes to be an enjoyable if flawed game, though certainly with a level of frustration that seems to permeate through the levels. Most of this is down to the quite niggly nature of the movement and puzzles. Every now and then the game simply wouldn't activate the double jump or glide, nor would it recognise that I'm actually pressed up against a wall and want to wall jump. A few too many times I've found myself dying as a result of that, though death isn't a huge punishment on normal difficulty, thanks to the lives system, where a bubble with the icon of your fallen character can be attacked to revive them, Rayman Origins style.

On the question of how long the game will take to complete, there are 29 levels (with some being pure boss fights). Each of them does give a rough time to complete, but I'll be damned if I've ever come close to them. Why? The previous mention of there being side paths to go through, letting you find some more coins and scrolls, as well as a fair few deaths from either my own mistakes or through the game having decided it was one of those moments my input was more of a suggestion than an order.

Still, I can't say that I didn't actually enjoy my time with the Unruly Heroes. I genuinely did, even those times I was getting frustrated and swearing at the screen. There are a few flaws here and there, but the variety in the levels, the fantastic art style and generally enjoyable gameplay more than makes up for it. Just to point out, I never really found myself getting frustrated during the fighting, there may have been moments where my character wouldn't attack or kept attacking, but I want to emphasise that the combat, especially switching between characters, was fun. Especially during the bosses and their multiple stages.

With a decent amount of content to play through, a host of levels with a wide variety, each featuring hidden areas with collectables to find, you'll have a lot to do in Unruly Heroes.  Your experience may differ from mine, but I personally find the comedy cringeworthy at best and at times was frustrated by the game not always listening to my input, though it's few and far between. Would I recommend Unruly Heroes? For the price of what is a decently developed platformer with a great art style, you could certainly do a lot worse. 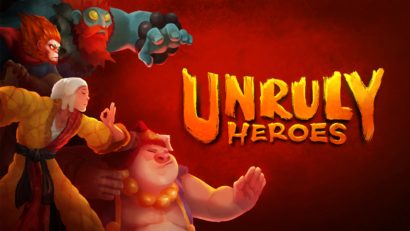 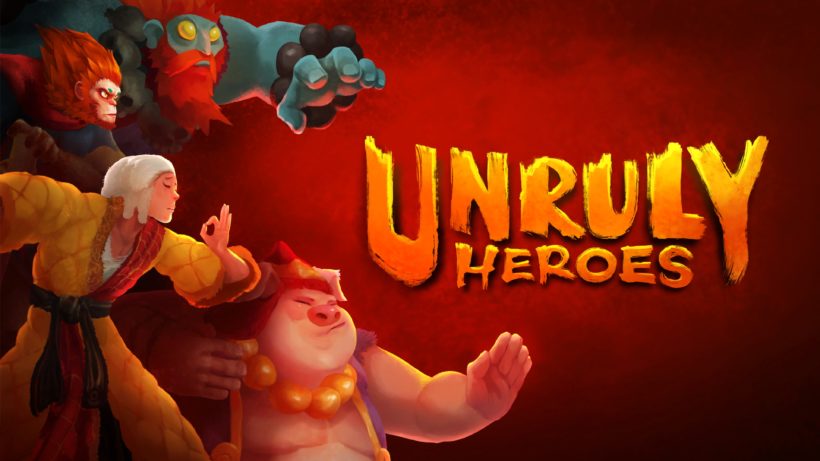 Unruly Heroes is a decent action-platformer that has a fantastic art style and genuinely looks beautiful. The platforming and combat, for the most part, is sound, with a huge amount of variety to find in the levels. However, the controls can be a little unresponsive and the game does have issues with some very forced 'comedy', though comedy is always subjective. Is Unruly Heroes worth buying? For what is a reasonably low price, it is a decent title to pick up and is worth spending some time with.