Undertale Review – A Game for the Avant-Garde Crowd

Undertale, in its short lifespan, has already reached near legendary status. Unless you’ve been paying absolutely no attention to anything, you’ve heard a lot of people talk about the game, but if, like me, you’ve never had the chance to play it before, the console release might be the perfect time to see what the fuss is about.

Desperate a frankly hilarious critics trailers, I didn’t know anything about the actual mechanics of the game. It was a deliberate effort given the incredible reception it received, I wanted to see it for myself. Other than a few screenshots and some, and some overheard conversations about a flower and multiple endings I fell into the Undertale unaware.

I have to admit that the graphics aren’t my style. Although it's clear the game is mimicking old school adventure texts in sight, sound and feel, it felt, at least initially, a little flat. When you have beautifully retro games such as Sonic Mania, the huge blocky images of Undertale are a little underwhelming. 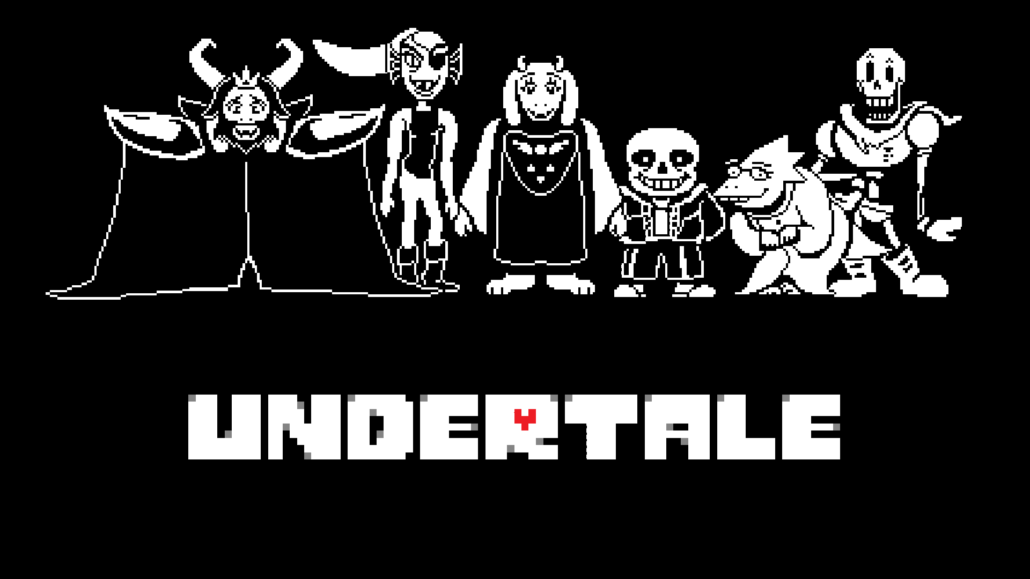 Luckily, this game isn’t trying to inspire you with its graphics, and soon you’ll forget all about them as you venture into the first location, The Ruins. Having fallen into a massive hole where all the monsters live since they were kicked off the surface, you must slowly make your way through their ever dangerous world. After that, I really don’t want to discuss any more of the plot. I know the game has been out for about two years now on PC, but some like me may have managed to hold out and avoid the spoilers, and I don’t want to ruin that.

No, there is something much more important to talk about with Undertale, and that’s talking itself. You see, a lot of monsters aren’t super thrilled to see a human wandering around in their underworld, and seek to hunt you down. If you’ve played Earthbound, or some of the earlier Pokemon games, you’ll know exactly what to expect from these battles. And if you want, you choose to attack them, use items or flee if the fight is overwhelming. However, if you’d rather not, you can always try talking to the fiends.

While games like Dark Souls drip feed you information in a sometimes successful attempt at world building, Undertale’s snippets of information are deliberately there to inform your gameplay. It’s a lovely mechanic to size up your opponent, then using that information you gleaned before to talk your way out of fighting. Maybe they’re lonely and need a hug, or maybe they would like a compliment or a joke. Either way, once you’ve discovered their social weakness, you can befriend them and spare the fight. 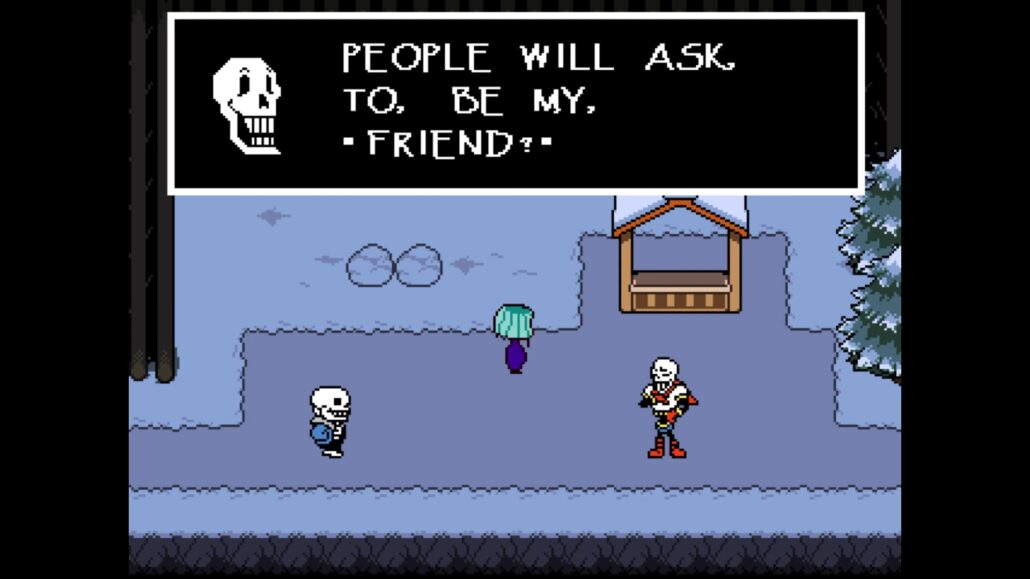 Most games of this turn based variety tend to exclusively use text during combat, but Undertale adds a little spice to mix. When you’re attacked, you have to navigate a small dot through a depiction of the assault. It can be easy, if the creature is, say, a frog trying to jump on you, or more difficult if they have an affinity for fire.

It's hard to talk about the game much more than this, there is a lot more to it than that, and the game starts to break its own rules almost the instant it sets them. But to spoil them, even in praise, and they are very good, but be wholly unfair to the game.

What I can say is that desperate it darling reputation that it’s been riding for two years, no other game feels like it. It has this intensely wholesome vibe, while somehow remaining self-aware. It is a beautifully nuanced jab at the games industry and the violent mechanics we’ve gone accustomed too. It's thoughtful and thought provoking. The term ‘indie’ is used a lot nowadays but the way Undertale presents itself, confident, quirky and entirely unique, is exactly what the title was originally made for.

A lot of players might be put off by this game. They might want to focus on action or find the idea of such innocent expression somehow childish. Maybe like me some people just don’t particularly like the graphics. But Undertale is more than a game for the avant-garde crowd looking for the next work of interactive art. I wholly believe there is something in this game, something universally enjoyable. There is no excuse not to try this game, and it is something you should try. Watching someone won’t have the same impact, however small, that Undertale offers.

Reviewed on PlayStation 4 (code provided by the publisher). You can buy the game's soundtrack on vinyl via Amazon.

This game is totally deserving of the hype its received since it first launched on PC two years ago. Although its not the prettiest, it is one of the most original.