And that is exactly what the new Turtle Beach Elite Atlas Aero gaming headset works towards. It offers clear, crisp audio that really allowed me to surprise and dominate other players in games like Apex Legends, while also making for a respectable and decent headset for voice chat, whether in games or on Skype, listening to music, watching movies, and more.

What sets the Elite Atlas Aero apart from other, similar headsets is the Turtle Beach Control Studio software. This software only works with Turtle Beach products and offers a range of audio enhancements, some of which work in a straightforward manner - bass and treble boosts, dialogue enhancement, and more. What is perhaps most interesting is the Superhuman Hearing setting, which dramatically boosts the volume of footsteps, and other more subtle sounds, while loud gunfire will be equalized to not overwhelm you while playing. When in an intense firefight, this can really help. The software also supports Waves Nx 3D Audio, which enhances the binaural audio effect and allows you to precisely pinpoint where sounds are coming from. I'm not sure I can say the difference is as dramatic as the marketing would have you believe, but it does work.

The Turtle Beach Control Studio software is a nice thing to use then, and you can even use it to remap a button and a scroll wheel on the headset's left cup, allowing you to adjust bass boosts and switch 3D Audio on or off while in-game very easily. Probably best used to switch Superhuman Hearing on when listening intently for enemies, and switching it off during lulls in the battle. There's also a fairly discreet mute button on the side of the left cup, which made for easy access whenever I wanted to mute myself. A nice touch

This software can still be used without a Turtle Beach headset though. If you're interested in the uses of the Control Studio software, you can have access to it with the Turtle Beach Atlas Edge PC Audio Enhancer, a USB to 3.5mm audio jack which allows any wired headset to work with the Control Studio on PC - and yes, it definitely did make my older headset sound much better once I had adjusted the settings to my liking. At around $30, it's much cheaper than a new headset, though it won't make as much difference as just buying one.

Although the Elite Atlas Aero is branded as a PC gaming headset, you can use the device with PlayStation 4 and Nintendo Switch by simply plugging the USB receiver into your console - though it only has access to the Turtle Beach Control Studio on PC, of course. It can work with the Nintendo Switch while in handheld mode, but you'll need a USB type C to type A converter. The Xbox One will only work through a wired connection though, which also removes the use of the detachable microphone.

Alternatively, the headset comes with a 3.5mm cable which you can plug into just about any device with a headphone jack - though while in wired mode, the headset loses the functionality of the detachable microphone - for some reason - and uses the microphone included in the 3.5mm cable instead. This still works fine and was ideal to play online games with voice chat while using the Nintendo Switch Lite. I played Overwatch on Nintendo Switch a lot with this headset, and it worked great.

The only thing this headset couldn't do that I wanted was to work with my mobile phone through Bluetooth. Since I lack a headphone jack on my phone, as many of us do, I really wanted to be spared the burden of extra cables and adapters, but this was not to be.

I've seen some complain about the "gamer" aesthetics on the Elite Atlas Aero headset and honestly, I don't see it. I think the headset is modern in design aesthetics, without appearing to be overbearing. While it's too large to really be walking in public to use while listening to music, in my opinion, the design is stylish and low key enough to use while waiting around in an airport and not look like an embarrassment, for example. This headset has no need for nonsense RGB lights that shoot from your ears.

The cups have a thick layer of memory foam to go between them and your ear, and they are wonderfully soft and comfortable. Now, this is a personal sticking point: I have large ears, and as such, there aren't many over-ear headsets I can wear for long periods of time. I'll inevitably find them pinching my ears over time, or having to take breaks from wearing them. In the case of the Atlas Aero Edge, this is still a problem for me, but the comfortable memory foam has mitigated it. I can wear the headset for hours at a time, with only minimal discomfort, compared to much more significant discomfort I have felt from other headsets.

The Turtle Beach Elite Atlas Aero does clamp onto your ears fairly tightly, mind, and again this is mitigated by the memory foam. If you have a smaller head and smaller ears, I can imagine this feeling like the pinnacle of comfort. For larger heads and larger ears, well, it's still nice, just not perfect.

The cups adjust up and down by a few centimeters allowing it to fit pretty much anyone's head, and despite the fact that I am bald, the nylon head strap never once irritated my scalp - another personal sticking point which I really can't complain about whatsoever in this case. Behind the comfortable strap is a steel headband that has cutaways and, again, looks fairly stylish. Though this feels important: there is a tiny, very thin, wire which goes to the second cup from the main cup on the headset, and it runs between the head strap and the cushion for your head. You can see and feel the wire through the steel cutaways on the head strap, and I fear I may snag it on something if I threw the headphones into my bag, and pull too hard on it without realizing and break them. I wish this wire was better hidden away or protected, as it feels like a design flaw.

I really like both the Turtle Beach Elite Atlas Aero headset and the Turtle Beach Control Studio software, I think they're both very useful, and although Turtle Beach isn't shouting much about this headset's compatibility with consoles, it will likely be my headset of choice from now on. But there is one glaring omission. This headset doesn't support full 7.1 surround sound, like many headphones in this price range - and even cheaper - do. For many, this is understandably a deal-breaker. Without this feature, this headset only truly becomes a contender when paired with the Turtle Beach Control Studio, and even then that may not be enough for some when considering the $150 price tag.

I really like the Elite Atlas Aero thanks to how comfortable it is and the fact that it is compatible with the vast majority of my devices with no extra tweaks, and if it came with 7.1 surround I would recommend it highly. Without it though, my recommendation is a bit more tepid. This a very good, high-quality wireless headset that works great for gaming and media consumption alike while remaining comfortable, and perhaps a future revision with 7.1 surround will become my definitive headset recommendation. Just not right now. 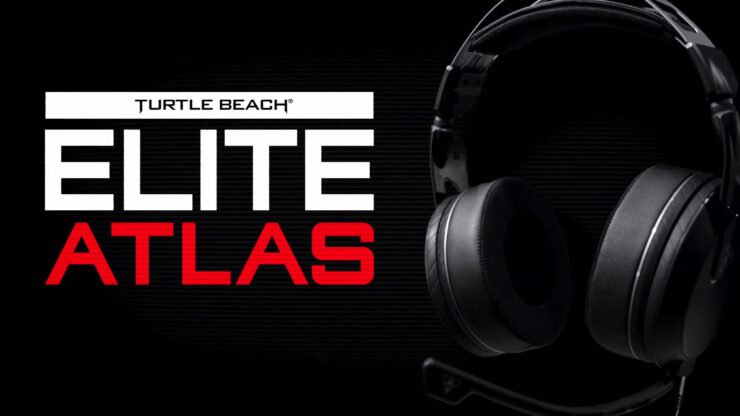 This is an expensive, but incredibly comfortable and powerful headset not just for gaming, but for all of your media consumption needs. The Turtle Beach Control Studio gives you a versatile tool to customize audio to your liking, and you're sure to make whatever you're listening to sound great on PC. Meanwhile, console and mobile users can use the headset and enjoy comfort and great sound quality. If this headset came with 7.1 surround support, it would be a serious contender for one of my favorite headsets available, but without it's a bit of a tougher sell.