The wireless charger market has gotten a tad bit boring at this point in time, at least for me. Everyone is making one these days and they all do pretty much the same thing - deliver power to a Qi capable phone or accessory. All you have to decide on is this; what should be the shape of the charger that you are going to buy. Rest is pretty much the same.

When Totallee reached out and offered to send over their Wireless Charger (way too aptly named) I wasn’t quite excited at first. In fact, I’ll go on record to state that the charger had been sitting in a box for a long time because the wireless chargers I already had with me work fine. I just couldn’t get myself to hop onto a new one, even for personal use, let alone a review.

Seriously, what could be different here that I haven’t seen before? Apparently a few things, and those things make a noticeable difference in everyday usage.

Right off the bat, this charger is built like a tank. And I mean that in the best way possible. The bottom of the charger is made out of metal, and everything is kept static with rubber feet. The charger managed to sit snug on my glass top table so that’s a win. Even on wood tables it managed to keep itself in one location. Obviously, if you forcefully bump it around, it will move.

At the top, the wireless charging pad is covered in a fabric material. This is the thing that really, really makes this charger stand out from the usual crowd. It feels extremely nice, and ensures that it does not leave any sort of marks or scratches on your phone or even if you have a leather case.

Trust me when I say this, but my iPhone XS Max leather case had a visible ring-shaped mark on its back from placing the phone over and over again on a plastic top of a wireless charger. This ring got worse over time whenever a call came through and the Taptic Engine kicked in, rubbing the phone against the hard plastic of the charger, subsequently leaving a literal mark. With the Totallee Wireless Charger, I can be fully confident that this will not happen again.

At the front there is a little LED light that lights up blue whenever you place your phone on top. Behind the charger there is a micro USB port. I’m not going to complain that there is no USB-C here, because honestly, you get a cable right inside the box anyway, so you don’t have to hunt for a new one.

The real star of the show here is the thickness of the Totallee Wireless Charger, or lack thereof. This charger is crazy thin. According to Totallee’s metric, the charger is just 0.25-inches thick. I’m not going to dispute that. It lays in a stunning manner on a table and I like that.

I thought the small surface area might become a problem with my iPhone 11 Pro Max, but that was not the case. Majority of the times I got the phone to charge up immediately. It was extremely rare that it failed completely. That’s how things are with wireless chargers, and the solution? More coils and more surface area. This charger doesn’t have both, but I’m glad even still it worked just great.

Before I tell you what sort of output this charger kicks out, I will make it absolutely clear at this point that this Totallee Wireless Charger does not ship with a wall adapter in the box. You have to supply one on your own. This charger needs a Quick Charge 3.0 capable wall adapter so it can offer its full power rated potential. Do not attempt to use a slower charger otherwise you run the risk of damaging the wall adapter, the wireless charger as well as your phone.

This charger is capable of pushing out 10W of power at max. I confirmed that is the case by placing an old Galaxy S7 on top and the little ‘Fast Charging Wirelessly’ notification showed up on the lock screen. If you have an iPhone, you will get 7.5W of output. Anything else will charge at 5W which is the standard when it comes to Qi wireless charging.

Despite the ability to pump out so much power for certain devices, this charger actually runs quite cool. Maybe because the heat is dissipated in a far more efficient manner due to the metal bottom. Or maybe, just maybe, this charger actually offers better thermal performance compared to a lot of other options out there. Whatever it is, I like my gadgets running cool.

Works With a Case Just Fine

I usually have Apple’s very own Leather Case on my iPhone 11 Pro Max, and it works just fine with every wireless charger. But just for the sake of testing things out, I switched through a variety of cases, including some thick ‘armor’ options from Spigen, and surprisingly this charger worked fine with everything. It’s case-friendly, if that’s what you wanted to hear.

Should You Buy it?

No. You should not. Because there are a lot of options out there that offer similar functionality - a fabric top, micro USB cable, Quick Charge 3.0 adapter and fast charging up to 10W. And you’ll find those options at a cheaper price too.

Let me add another twist to this right away.

Yes, you should totally buy it. Here’s why: because unlike a lot of chargers out there, it fulfills the basic promise, and goes a mile further when it comes to physical quality. Granted, at $49.99, this charger is not cheap. But if you are looking for something which you are going to buy once and make it count in the long run, then I will put my money on the Totallee Wireless Charger. I’ll even add one more thing here: I was wrong when it comes to judging wireless chargers using a boring criteria, Totallee’s option made me realize that there are small things that make an accessory an overall better package. Who knew that a thin design and a high-quality fabric top will be one of those, right?

Overall, this is a neatly crafted package and for a company that makes thin cases only, this is an excellent first attempt at this accessory. Sure, the second iteration is going to be better than this, but don’t except huge strides anyway. Maybe a larger surface area and multiple coils would be nice next time. Or, how about a Quick Charge 3.0 adapter thrown into the mix as well for enhanced value for money? Or, how about a surface area so big that it charges two iPhones or Androids at once.

Ideas, that’s what they are. 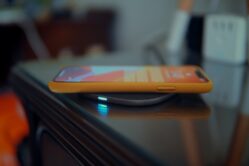 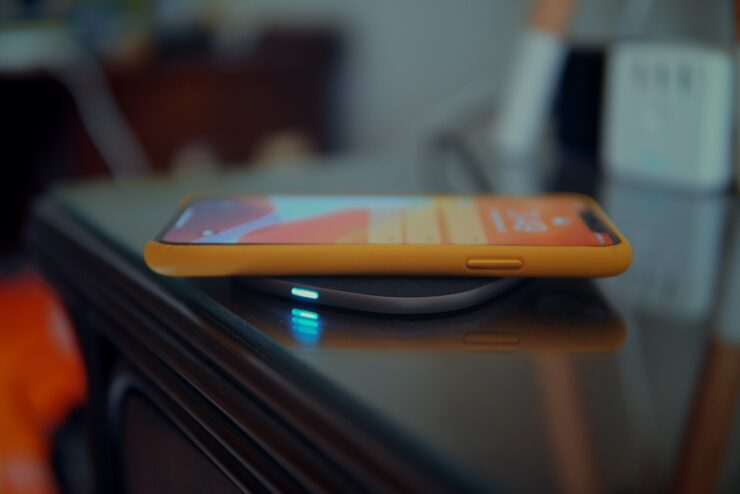 Totallee’s Wireless Charger works exactly how any Qi charger should. But, this one focuses a lot on quality and Totallee nailed it.