Total War: Three Kingdoms remains the only game to have ever been given a mythical 10/10 review score by me. To this day, it is still a game that I'll gladly jump on and every single bit of praise I gave it then is still something I love about it now. It's a beautiful game, absolutely lovely to behold, a strategy game that gives you characters to grow with, alongside an engaging army building system as well as a strong city development system, both of which further increase the level of personalisation and customisation on offer. All of this, and more, combining to make arguably one of the best strategy games ever made. Now it's time to look at the second piece of DLC, Mandate of Heaven.

With the launch of the core game came the Yellow Turban Rebellion DLC, that can very much be considered a part of my core review. The second piece of DLC was Eight Princes which was, frankly, adequate at best. The alignment system was certainly interesting, but the DLC just didn't feel like it brought anything extra. How, then, has Mandate of Heaven fared?

Considerably better, that's how. What really helps here in Mandate of Heaven is that a lot of the game will still feel familiar, working with what can be a new style of playing Total War: Three Kingdoms. A few usual suspects return, with Liu Bei, Cao Cao and a considerably less-fat Dong Zhuo all starting quite different to how they do in the Rise of the Warlords campaign, eight years later. Liu Biao, Tao Qian and Liu Chong round up the returning cast of characters.

These are joined by the Zhang brothers (Zhang Jue, Zhang Bao & Zhang Liang) who incited and led the Yellow Turban rebellion, with the new cast of characters being rounded up by none other than the emperor himself and Liu Bei's mentor, Lu Zhi. Other familiar faces will appear as you play through. Yuan Shao and Kong Rong are simply generals under the emperor. All of this makes more for the true back-story of the Three Kingdoms and the names that were made immortal during that time.

Working well with the idea that this is more of a back story is the gameplay, particularly that of Liu Bei, Cao Cao, the emperor and the Zhang brothers of the Yellow Turban rebellion. Each of these factions has a different type of playstyle, giving you something quite different to what you'd be used to from playing the core game or the Eight Princes DLC. Liu Bei and Cao Cao are quite similar, being more nomadic and pushing to prove their worthiness. The Yellow Turbans are more about co-operation and the synergy between the three leaders - starting nomadic - with the emperor being likely the most interesting of factions within the DLC. 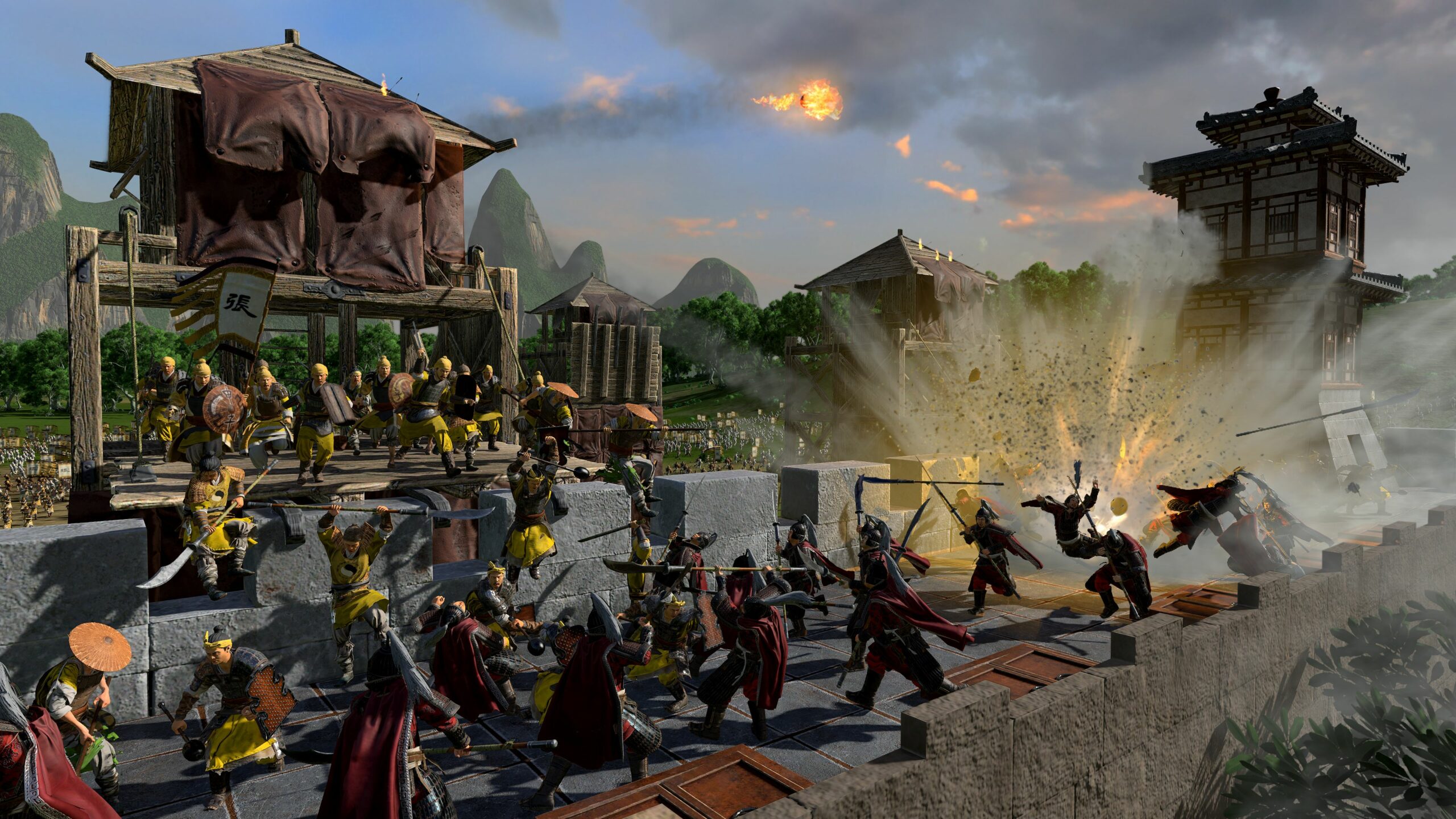 Looking at Liu Bei and Cao Cao first, you'll find a very story-oriented path, letting you follow the actual events of the Three Kingdoms or shoot off and make your own way. You don't have any territory at the start, leaving you free to move wherever you like - funds being brought in by your family holdings, ransoming and looting and extra troops simply being recruited from wherever you can find. Personally I really enjoy these campaigns, building on the strength of the emergent storytelling that Total War, particularly Three Kingdoms, is fantastic at.

Naturally, you can continue on past the eight years of Mandate of Heaven, directly into the core campaign - granted, your start could be considerably different - Dong Zhuo, unless you control him, tends to be in a massively strong position. The emperor's faction is just completely ineffectual, somehow losing everything in what could be argued as the strongest starting position and the Yellow Turbans are almost doomed to defeat. In real life, the core uprising was destroyed in just one year (184AD to 185AD), with remnants and minor uprisings later being encountered until 205AD.

Both of these campaigns are what add new and interesting elements to the game. The Yellow Turbans are somewhat hamstrung regardless, being unable to perform diplomacy or espionage, though they have an interesting mechanics in the form of Zeal and Fervour. Zeal, as it increases, gives you buffs, indicating the increased momentum of your faction and ideals. A lowering of Zeal, however, results in uprisings in favour of the Han Empire. Fervour, on the other hand, spreads in enemy provinces and as it increases, causes further Yellow Turban uprisings.

The polar opposite of this campaign is that of the emperor, Liu Hong. Being the emperor, you are essentially in control of the whole empire, with the vast majority of other factions being allies. The new game mechanic for Liu Hong is influence - something you have to use to create a balance between essentially three competitors vying for control within your court. These three are the bureaucrats, dynasty and warlords, each having different benefits and detractors as their influence increases or wanes, creating a very delicate balancing act that could enable you to take action or completely freeze you from reacting to events that are tearing the country apart. 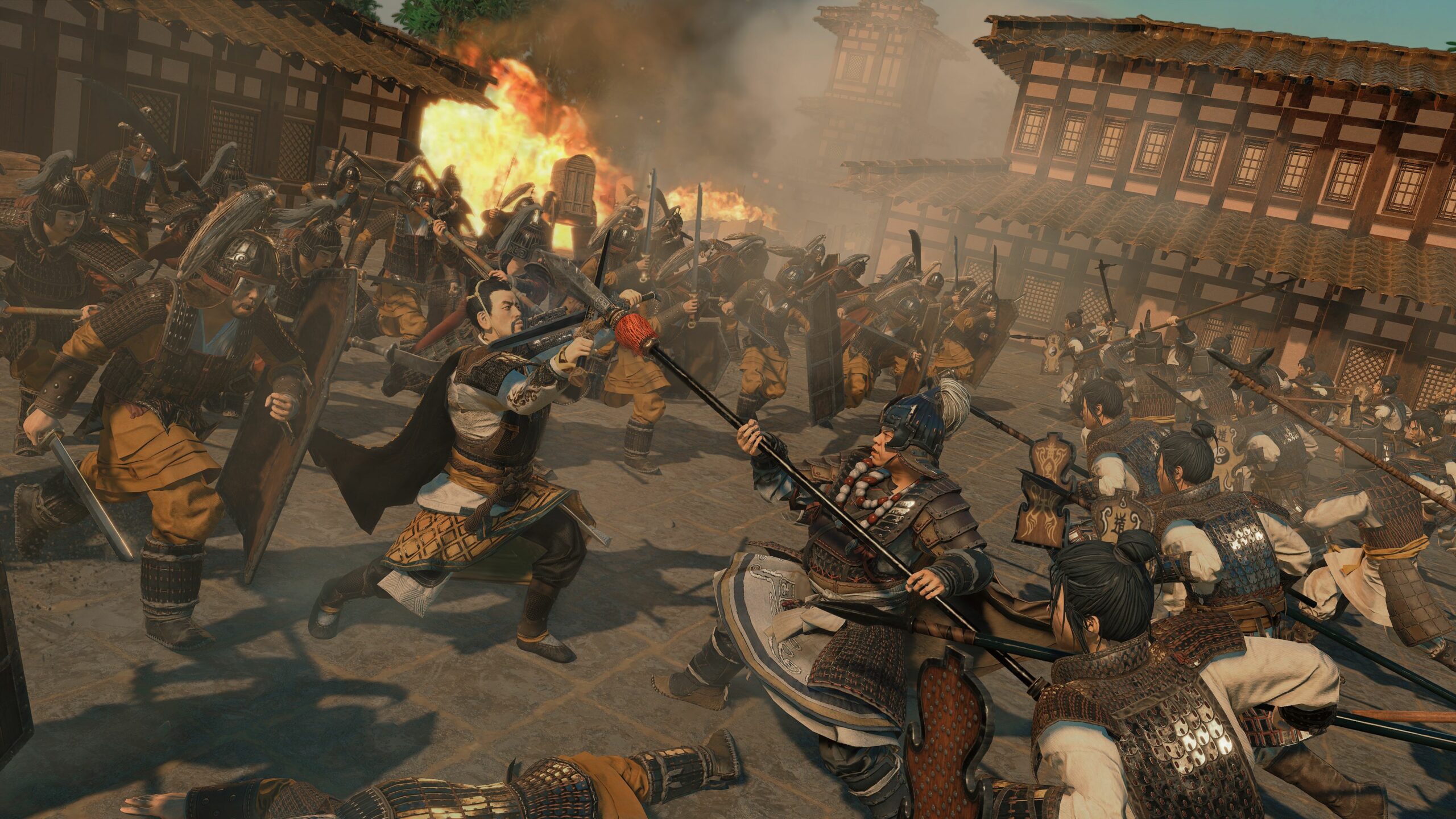 Naturally, Mandate of Heaven also contains a number of new units for your conquering of China. Some of these can feel very similar to those you've already controlled, though others like the Hero Slayers, feel different primarily due to their focus. In addition to this, enhancements for sieges, such as new weapons, have been added. If anything, I still find the game is lacking such as Hu Lao Gate and other external non-settlements outside of historical battles, areas that were very significant during the Three Kingdoms

There are a few issues brought in that have compounded issues. The AI in games has never been able to truly deal with diplomacy and it seems that the AI here cannot deal with Fervour, Zeal and Influence. Indeed, the AI can't seem to deal well with being either the Yellow Turban leaders or as Liu Hong, both factions being fairly toothless. It's a shame because both can be very entertaining to actually play as.

All in all, Mandate of Heaven is a good DLC, though somewhat flawed. It performs and stands out far beyond that of the Eight Princes, adding a good amount of new content to Total War: Three Kingdoms. The inclusion of new mechanics certainly adds to the tactics of the factions in question but, most of all, what stands out for me is the move to an even more detailed story for a sizable cast of characters.

Mandate of Heaven is a strong DLC for Total War: Three Kingdoms, offering a selection of new mechanics for particular factions, a host of new units and a brand new scenario for you to begin with, one that seamlessly fits in with the rest of the game. There are a few issues that have been exasperated, such as diplomacy and the AI can't seem to handle the new mechanics well, but overall the DLC is still well worth picking up as for the most part, it offers even more engaging stories that allow for emergent gameplay and just more of Total War: Three Kingdoms, one of the best strategy games ever made.