Tormented Souls is very quick to set the stakes. Within ten minutes of the start, the main character has been stripped entirely naked and butchered before you've hit any gameplay. You get a full view of her body in classic horror exploitation as she wakes up in a bathtub, tube down her throat, and a bandage on her head. She gets dressed in a ridiculous outfit (that isn't traditional horror, it's just video games), looks in a mirror, and removes the bandage to find that somebody has taken out her right eye.

Simple, easy. The tits and eyes (okay, eye) are out, and the stakes are set.

A Dead Space Movie Is In Development, John Carpenter Suggests

Personally, had those things happened to me within a few minutes of entering a creepy haunted mansion that also used to be some hospital, I'd be out of there quicker than a conservative in an equal-rights seminar. I wouldn't even go looking for my eye; I could rock a Xiahou Dun eyepatch for the rest of my life. This girl shows mild shock and cracks on with it. When hideously mutated and/or butchered freaks start showing up, trying to kill her, the shock shows at the next cutscene for about half a second before she nonchalantly moves on and talks to a creepy priest about the house.

It's survival horror but filtered through poor translation. I'm not sure if that adds to it since some of the issues are caused by that. You can find maps of the building, but It's not that big that you can't have a first and second floor and basement. Instead, it's divided up by the floor and the wing. It's somewhat pointless because while the map doesn't show your current location, the room names are also wrong. Somebody desperately needed to check this beforehand.

The script also suffers from this issue as well. If I were a betting man, and I am, I would hazard a guess that the developers are Russian, Ukrainian, or some other eastern European country. I've just checked; I was wrong. The developers of the game, Dual Effect, and Abstract Digital, are from Chile. Still, the issue is that the translation hasn't been polished, and like many Eastern European games before it, Tormented Souls needs that proofreading and polish to take it to the next level.

Script niggles and other gameplay-related issues due to translation aside, Tormented Souls knows what it wants to be. It wants to be a throwback. It features tank controls like the classic survival horror games such as Resident Evil, Silent Hill, Men in Black: The Game, and Alone in the Dark. Tormented Souls' level design, and camera, are also done in the same vein to have it so you can hear enemies often before you see them, adding tension.  Even the way you save the game is a throwback, with you collecting reels and then recording your story on recorders placed around the mansion.

On the subject of saving, I often find myself more impressed by the little things. I've mentioned how you save, but I didn't say that your character recounts parts of the story before the game saves. I wish this happened every time you save, but I understand that it can't happen due to how the script triggers. It's a great addition that does nothing for gameplay but adds to the whole of the game.

Let's talk about some of the benefits and issues that come with being a throwback to early survival horror games. The combat here isn't too janky thanks to the auto-aim; ammo is limited enough that you shouldn't be too sparing with it, and the enemies are reasonably creepy. I'll give it a positive for that. Some of the puzzles are decent, and the whole design of the mansion/hospital is a puzzle in itself. Other puzzles are touching, with some stepping over into the moon logic that you can only figure out by going to GameFAQs or returning to your meth habit.

One other aspect I have a fondness for is the use of light. Here, if you spend too much time in the dark, you get killed. I don't know how or why - I never let myself stop in the dark too long - but you do. You carry around a lighter, which adds in a bit of inventory management as you can only equip one item at a time. Still, you will also solve puzzles like turning on a generator, getting some fuze boxes working, or simply getting candles lit. You'll pick up many items and figure out where you have to use them, mainly because it's rare to find something more than a few minutes away from where it needs to be used.

I never noticed a part of the game that unfairly punished you by having you facing off against enemies in the dark, meaning you couldn't defend yourself. You could always get something lit up. Again, another pro. Generally speaking, the pro is that everything was surprisingly well designed except for some moon-logic puzzles.

There is one other thing where I have to question the design. I return to the main character, Caroline. It seems like a conscious decision to have her stand out against everything else, but her design and style seem too different to the house and everything else. Where almost everything else is relatively muted, fitting with the style of the game, she stands out. You'll notice the same with some posters in the game, saying something like "don't run", and I know it's to draw your attention to them, and her as the protagonist, but what can I say; I don't like it.

At this point, I would normally complain about the lack of ultrawide support. Honestly, I can't say it bothered me much because I was generally more focused on the action going on in the game. You'll notice it in the screenshots, but that's because I'm not nice and I didn't want to trim the black bars out.

No matter any complaints I have, Tormented Souls isn't a bad game at all. It's an old-school survival horror that avoids some (though not all) of the pitfalls of the games that inspired it. It's not perfect, but as a first outing from the developers, it shows promise for the future and, at £17.99, it's a game I'd recommend any horror fan pick up. 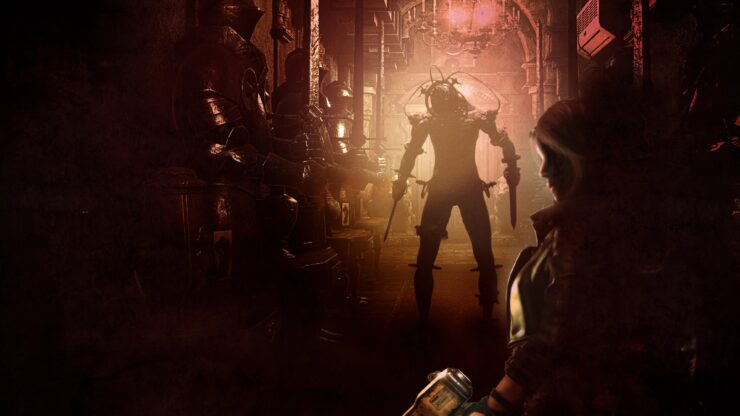 Tormented Souls is a love letter and throwback to the old school survival horror games, warts and all, even including the age-old tank controls found in the games it looks to emulate. Honestly, it does a good job in this, setting the atmosphere, ramping up the stakes and only rarely venturing into the absurd when it comes to puzzle logic. While not completely innocent, with some nonsense puzzles, and a questionable art style for the protagonist, there's enough on offer to keep you going and it makes it more than worth the reasonable price of the game. 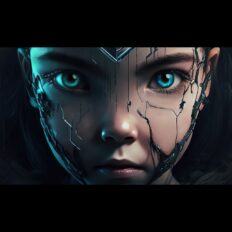 Project A.I.D.A. Is a Sci-Fi Survival Horror Made with UE5 by the Studio Behind FOBIA: St. Dinfna Hotel