As a guilty pleasure, my phone has had several game soundtracks on it now for years, one of those being the music selection from the CD that came along with Tokyo Mirage Sessions ♯FE's Wii U special edition. When people pass me the aux, they don't know what to expect, and I'm prepared to blow minds each and every time. Despite that though, I never actually finished Tokyo Mirage Sessions on Wii U. The fact is, the Wii U version had several issues that, while never game-breaking, were certainly annoying. But that's exactly why I've been looking forward to Tokyo Mirage Sessions ♯FE Encore, the brand new and enhanced Nintendo Switch version of the game. And in a few ways, it lived up to my expectations and breathed new life into the JRPG.

TMS was devised as the mythical Fire Emblem X Shin Megami Tensei game that was announced near the launch of the Wii U, and while the form the final game took wasn't to everyone's preference, it was hard to deny that it is an incredibly solid game. Developed by the RPG artisans at Atlus, responsible for the Shin Megami Tensei and Persona series, among many others, Tokyo Mirage Sessions takes the modern pop themes of the Persona games and then gives them literal characters from the Fire Emblem universe to battle alongside in the mysterious Idolasphere, a dungeon visible to very few, that effects all people nearby. 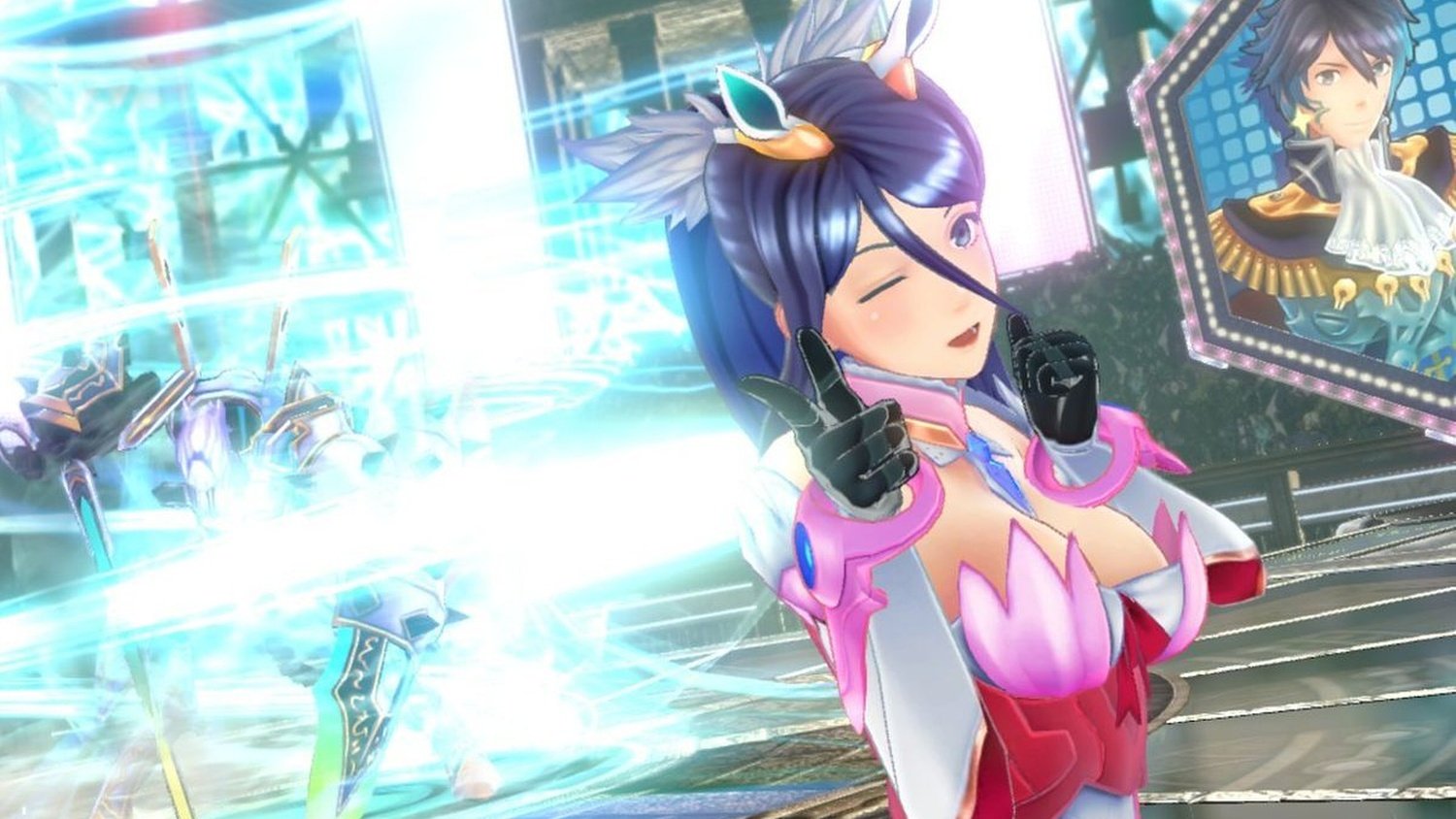 Inside the Idolasphere you will find hideous monsters, and usually a central character at the center of the disturbance, usually an obsessed person, controlled by an evil demon - or just an evil character from the Fire Emblem series. If you've played the Persona series before, many aspects of this game will feel incredibly familiar - the Fire Emblem characters you summon are even called Performa - and as such, the Fire Emblem aspects of the game sometimes feel a bit superfluous. Change a few names, and you could easily ignore the fact that this was a crossover game at all. A little disappointing perhaps, but the fact is that even without that, what remains is an incredibly solid adventure.

Battles are turn-based, and you take three characters into battle at a time. Characters learn active and passive skills from mastering the weapons you equip, and will slowly be able to follow up attacks from your partners. For example, if a character uses a certain move and hits an opponent's weak point, your other team members may also go in for an attack, potentially wiping out multiple enemies, or earning extra rewards. Again, similar mechanics as you see in the Persona series, but changed in subtle ways so that battles feel distinctly different, despite the fact attacks will even use the familiar naming conventions seen throughout Persona and Shin Megami Tensei. Battles can become incredibly tense and tight, but luckily you'll find it easy to buy more healing items or simply grind out battles for experience. 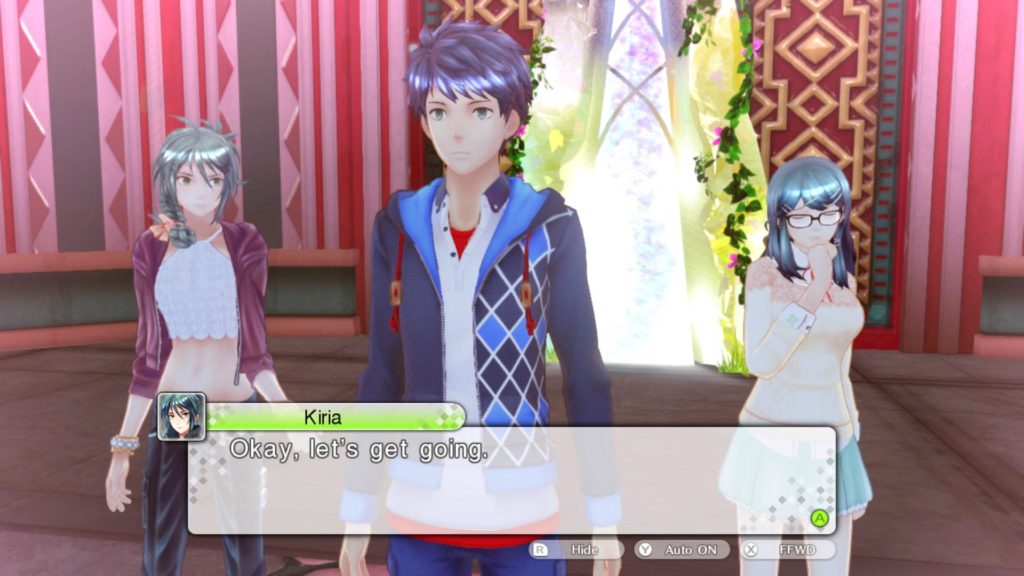 And that final point is important. Luckily in battle you can speed up the follow-up attack Sessions with a button press, because they can add up to a lot of time when they play out multiple times in a fight, and the loading times in this game are vastly improved across the board. One of the primary reasons I stopped playing the Wii U version of the game was because of load times. Loading into battles, loading out, loading new areas, and the rest. It became tiring when so frequently encountering new enemies. In the Nintendo Switch version of the game, each load only lasts a few scarce seconds, and then it's done. This changed everything for me. It made playing the game so much more tolerable and made the previously overlong and exhausting dungeons feel much more easily surmountable, keeping me playing the game for longer than I ever did before.

But the dungeon design isn't exactly a high point. Each dungeon feels more like a maze than anything else. It forces you to find switches that open new paths or avoid obstacles. They all look decent enough, I have no complaints about the aesthetic choices, but moving through them can feel tiring, for sure. Eventually, you will, inevitably, have to leave the dungeon through one of the shortcuts you find, and getting outside always feels refreshing, as if you're physically ascending back to a more relaxed, happier surface world. In the Idolasphere, just moving through the areas feels oppressive. 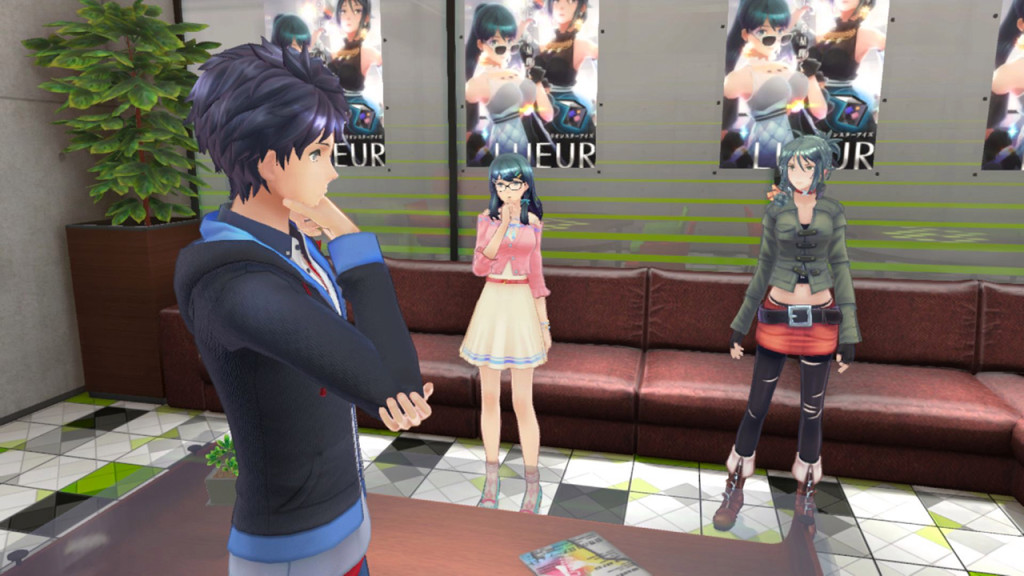 And that may be a deliberate choice on behalf of the developers. After all, Tokyo Mirage Sessions ♯FE Encore is a game about idols. Your weapon is your Performa, battles are performances, singing and dancing is essentially how you improve and attack. It all takes place in a traditional turn-based battle system, but the themes permeate throughout the game everywhere. Even your home base is a talent agency, and your mystical guide is a sentient AI vocaloid - again, a Fire Emblem character. And the fact is, this style is going to turn off some players, especially when you watch full music video cutscenes of the CGI characters singing and dancing. But as I've said, I have these songs on my phone, it's not a problem for me, but that doesn't mean it won't grind on your nerves, depending on your personal tastes.

While I think the dungeons aren't amazing, they don't outstay their welcome, I love the aesthetic and musical choices throughout most of the game, and the battle system, and improving my skills for battle, were the meat of the game that kept me moving forward, and the improved load times were the tiny change that made a monumental difference for me. The story itself is fine, but a little bit generic, and therefore I didn't find it personally outstanding - however, if you are a fan of the Persona series in particular, then you're sure to find something to enjoy here. If I'm to make a fairly pedantic complaint, I would've liked to hear an English voice dub, but it's a minor point really. When you put all of those factors together, what you end up with is a damn fine JRPG, incredibly cute and charming, and well worth playing for any JRPG fan.

Tokyo Mirage Sessions ♯FE Encore is definitely the definitive version of the game - who needs the Wii U GamePad, anyway? JRPG fans and those who love idol culture will find a lot to love here, but this certainly won't convert anyone who hasn't liked JRPGs in the past, like Persona 5 and other games might. A great title to have in your Nintendo Switch library.