They Are Billions is a game I've been playing for a fair amount of time now, actually being a game I purchased during last year’s winter sale. In fact, this makes it one of the few games in recent times I've actually purchased and then reviewed. I was originally going to do an early access preview but you know what, why not wait until the game is out properly, campaign and all?

Well, the campaign and game as a whole was finally released last month so why not have a look at the game that I wanted to look at? So, on that note, let's take to the post-apocalyptic wilderness, try to secure the survival of the human race and face off against a few of the undead horde. How many? Well, let's just say that "They Are Billions" may be a slight exaggeration, but they are definitely in the millions.

I should be clear about one thing, I've got no clue if They Are Billions is good on consoles. I've only played it on the PC and that's enough for me, though the way the game works could certainly make it decent. They Are Billions is a mixture of tower defence, city building and real-time strategy in a Steampunk, post-apocalyptic world, set in the 22nd century after a virus has long-since spread across the world turning people into zombies.

How you play the game all depends on the mode you're actually playing on. As much as one may think that a campaign would be the core mode of a game, it's honestly far from it here. This isn't to say it's bad in any shape or form, you're honestly just going to find the real challenge and joy is in the survival mode. In survival mode, you'll be starting off with your command centre in whatever randomly generated map you're in, your aim to slowly expand and - as the name should indicate - survive.

Only it's never that easy, is it? Naturally, as you're expanding into new territory you want to get yourself started. Build some tents for your population and workers. These workers will then be working in the quarries, sawmills, hunters cottages, farms and more. The households will be generating gold, while the workers are getting resources like wood, wood and stone for you to further expand your foothold that will hopefully grow into a settlement.

Even with only a small number of resources to manage, the balancing act is difficult as a simple result of limited space and then the impending threat from the titular billions. Just one getting through into your town can be a terrifying prospect, where it will attack and infect one building, causing undead to spill out and in turn infect a wider range of buildings. In a matter of seconds, hours’ worth of hard work can be destroyed, leaving you cradled in the foetal position, crying.

You will have options to defend yourself as well. You can even go on the offensive. Well, to an extent. In the case of securing your position you'll be starting with flimsy wooden walls and gates, but as you get more resources, research upgrades and upgrade your regular buildings - tents upgrade to cottages, which then upgrade to houses - you'll find that you'll be looking at natural barriers to form a strong perimeter. You'll want choke points that you can wall off, secure with defensive structures and towers that can be manned by military units.

These same military units will also be needed in expansion. Close to where you start, you'll find the odd straggler, mindlessly rambling around like someone who's just had a very long, harsh, night out on the drink. These are easy to deal with, preferably with your bow-wielding hunters. The further out you get, particularly when you reach a Village of Doom, you're going to need a potent armed force as they can spawn zombies by the hundreds. Thousands, if there are a few together.

When you will be seeing thousands is when the waves start coming. Each game you play takes place over hours and days and as time ticks by, the waves start coming. The game is nice, or likely cruel enough to let you know when they start coming as well. It's as you start getting closer to these waves, particularly the larger ones, where you start sweating. Have you prepared enough? Do you have enough troops and defences to fight off the infected? Will you survive?

That's the thrill of They Are Billions. It's one of the few games where one simple oversight or some poor city planning can so quickly lead you to your demise. You want to segment your city. Just think to yourself that you're building the Imperial City from Oblivion, where each district is separated by huge walls. Only here it's to keep the rot and decay of an infestation limited to one district, giving you time to move in and recover. If there ever was a game that could state it needs efficiency, this is the one.

So if that's the real game mode of They Are Billions, what about the campaign? The campaign is a difficult one to explain. The maps are curated, handcrafted experiences where there are clear solutions the developers had in mind. You'll find yourself surviving in most maps, much as you would in the other game mode, with other objectives like killing all of the zombies and surviving against the wave/s that the map sends at you at particular days.

There are some other missions types, namely hero missions where you will be using the character you have selected as your general through facilities, with the aim of picking up a singular objective and then getting out alive. In these, there are additional things to pick up, such as research points - which are also gained from missions - letting you upgrade what's at your disposal in later missions.

The other mission type are swarm missions, where you will use the army points you have gathered to call in units from the army of The Empire and also to build some defences. Using these, you will be tasked with surviving against the incoming swarm. While there is some variety in these campaign missions, none seem to have that unpredictability and pure tension that can be found in the survival mode.

If there's one thing to say about They Are Billions, it's a game that is almost guaranteed to age well. Thanks to a crisp, colourful art style that gives the game a stylised look that works well with the theme. Even better is the audio, which is crisp and clean and simply oppressive when you have the zombies swarming around your settlement. It's at its most impressive when you are literally surrounded, with the screen full of the zombie horde. At that point, you could genuinely start to think that there are billions.

Despite the relative weakness of the campaign featured in They Are Billions, all I can honestly do is recommend it. This is a strategy game that masterfully combines tower defence, city building and expansion, perfecting the fine balance between resource-management, defence and offence. Simply put, They Are Billions has perfected its core gameplay loop, highlighted in one particular mode. The slight missteps of a relatively shallow campaign do nothing to detract from what is a great strategy game. 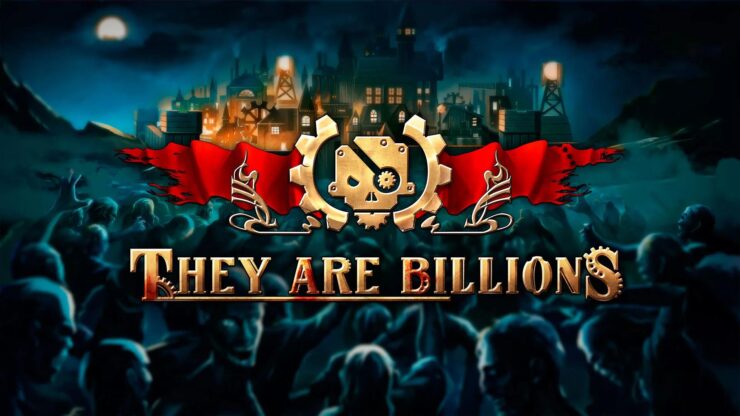 8.5
Wccftech Rating
They Are Billions

They Are Billions offers an almost perfect gameplay loop, mixing tower-defence with city building and exploration, as you balance resource-management, defence and offense, all against your ever-impending doom at the hands of a world infested with the undead. The only downside to a game that looks and sounds great, offering a tense experience in a compelling setting, is a campaign that doesn't fully make-use of the gameplay loop perfected by Numantian Games, leaving the campaign feeling weak, compared to the survival mode, which is the real draw.