Thermalright (head quarters in Taiwan) is probably the most well known of all after market enthusiast (air) cooler manufactures. They make coolers for Central processing units, graphics cards, memory, power regulation circuitry (mosfets) and chipsets. They also manufacture cooling fans and thermal pastes. Their Ultra 120 eXtreme (referred to as TRUE from here onwards, with rev C indicating the latest revision of the venerable design) series is perhaps the best known of all of their brands and was for a very long time the best air cooler available for CPUs (In an industry with a 6 month cycle, this is saying something!). Only recently was their dominance challenged with the arrival of the Prolimatech Megahalem and especially the Noctua NH-D14, the (current) leader of the pack.

The box is a departure from the usual card box brown packing that had become a trademark of Thermalright coolers. The Venomous-X comes in a more chic looking box, which is black in color with most of the text in blue.

Though the packaging has changed, the information on the box is still sparse. There is no list of features, specs or little cut holes to peek inside. It is still pretty much Standard Thermalright stuff apart from the new look of the box.

Inside is a little accessories case below which lies the Venomous-X surrounded by polyurethane foam shroud. The installation instructions lie between the two.

Unlike recent Noctua coolers, the Venomous-X ships without any fans in the box. This is pretty much in line with nearly all of Thermalright’s previous offerings. If you already have high-performance cooling fans you really won’t be too miffed. If you don’t you’ll need to buy one (or two for good measure) –an added expense. In my opinion it is high time Thermalright started bundling fans with all their coolers (one does come bundled with rev C TRUE; 1366 RT Rev C to be precise). All in one bundles have more appeal as one doesn’t have to fish around for fans. Bundling a fan (or even two) with a cooler is probably cheaper than buying the same fan as a separate item (the cost of packaging and shipping can be avoided). Thermalright if you are reading this we want a Venomous-X fan package!

Apart from the fan the package has all the other necessary parts to install the cooler in any of the contemporary (read Intel) platforms. There is a universal back plate which is good for Socket 775/ 1156 or 1366 based processors, thermal paste (Chill Factor 3), four silicon anti vibration strips, four wire clips (for 2 fans) and a nifty Thermalright Sticker.

The cooler is shipped with a universal mounting system for all contemporary Intel processors. This is different from what was shipped with the original TRUE coolers. The new system comprises of:

*These parts are labeled in the picture above
A. The Multiple Support Back Plate

One back plate is designed to fit all Intel processors available of late i.e. those that are designed for sockets 775, 1156 and 1366. A plastic inset is provided for use with a LGA 775 motherboard. This goes into the central cutout in the back plate. The back plate features four threaded bolts that move in a slot. Their position can be adjusted according to the processor used. This is a very good implementation of a universal back plate. No loose parts to fiddle with. In fact I’d rate this as the best designed back plate for all recent air coolers. The following video (with audio commentary explains the plate in detail)

The anchoring bracket goes on from the front of the board and is fixed to the back plate using 4 “screw pillars”. The anchoring bracket comes with 4 threaded pillars. Two of these are used to secure the cooler at any one time using the mounting plate (see below). As there are two sets of these, there is no need to change the direction of the bracket if a change in the orientation of the cooler is to be made. The cooler simply secures itself to the threaded pillars perpendicular to the ones used in initial installation. Again small attention to detail which makes the life of the assembler that much easier. More brownie points to Thermalright!

Perhaps the most interesting part of the entire package is the inclusion of this plate. The cooler is secured to the bracket using this plate using two spring loaded screws. Once that is done, the central pressure adjustment knob can be manipulated using the provided wrench to change the pressure applied on the heat sink base. Turning the knob clockwise increases the pressure from the default 40 lbs (pounds) up to a maximum of 70 lbs (pounds). This is certainly a novelty solution. What remains to be seen is that if this brings tangible improvements in real world performance numbers (read: improved cooling efficiency).

The mounting system supports all AM2, AM2+ and AM3 socket based processors. A back plate is used to secure AM2 bracket using 4 spring loaded screws (ala original TRUE). As the position of mounting holes in AMD motherboards is the same irrespective of socket type a simpler back plate can be employed. The solution is simple yet elegant, though there isn’t an option of utilizing the pressure adjustment plate.

2 sets of wire clips and silicon (anti vibration) strips are provided. The latter is used as a noise and vibration damper. This system is similar to the one employed in the earlier TRUE coolers, but is a departure from the fan mounting system provided with rev C of TRUE. The fan bracket is easier to attach, but I really don’t see the exclusion of it as a deal breaker. Sure I would have liked to have a bracket, but I am not going to loose any sleep at its exclusion. 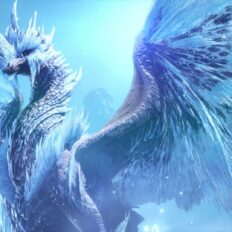