The Silver Case (PS4) Review – Kill the Past in High Definition

SUDA51’s storytelling is often unconventional and transformative across genres. While the former certainly holds true in The Silver Case, fans expecting something more action focused may be disappointed with the linear storytelling. With the aptly-named Film Window Engine, The Silver Case is a unique case of emergent story design that benefits greatly from behind remade for modern audiences. 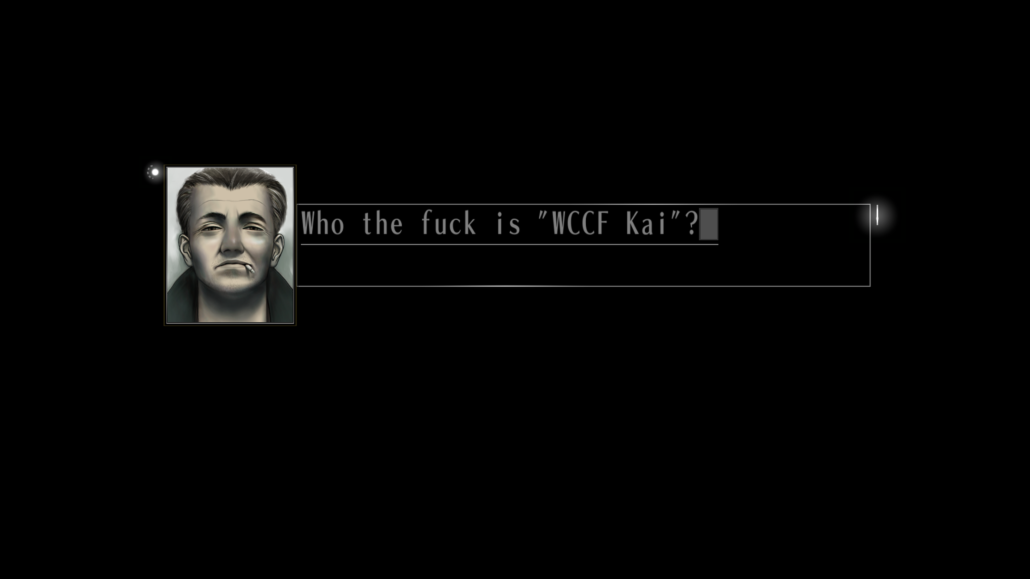 As players slip into the work shoes of the newest member of the Heinous Crimes Unit, their task will be to investigate a series of murders revolving around a mysterious figure known as Kamui. In a way that only SUDA51 himself can muster, the story often delves into some crazy conspiracy and philosophy to propel the narrative. So many seemingly unrelated murders and crimes dot the landscape of the 24 Wards and it’s up to the Heinous Crimes Unit to find that silver thread that links them all together.

If I had to pick just one genre to pin down The Silver Case, it would have to be labeled as a Visual Novel. Actual interaction from the player is limited to walking around in some of the most sluggish first-person movement I’ve seen since the early days of playing Wizardry. Occasional puzzles pepper the early chapters, but quickly the focus changes and these logic puzzles fall by the wayside in order to allow the player to focus on the abstract narrative. During the few times, those logic puzzles are necessary in order to progress, a handy auto-solve function can help amateur puzzle sleuths continue on their way. Of course, one such puzzle locks away a precious trophy away if the player chooses to do so; a Codebreaker-style puzzle requires solving in under five moves and I spent nearly an hour of attempts before I could finally succeed. 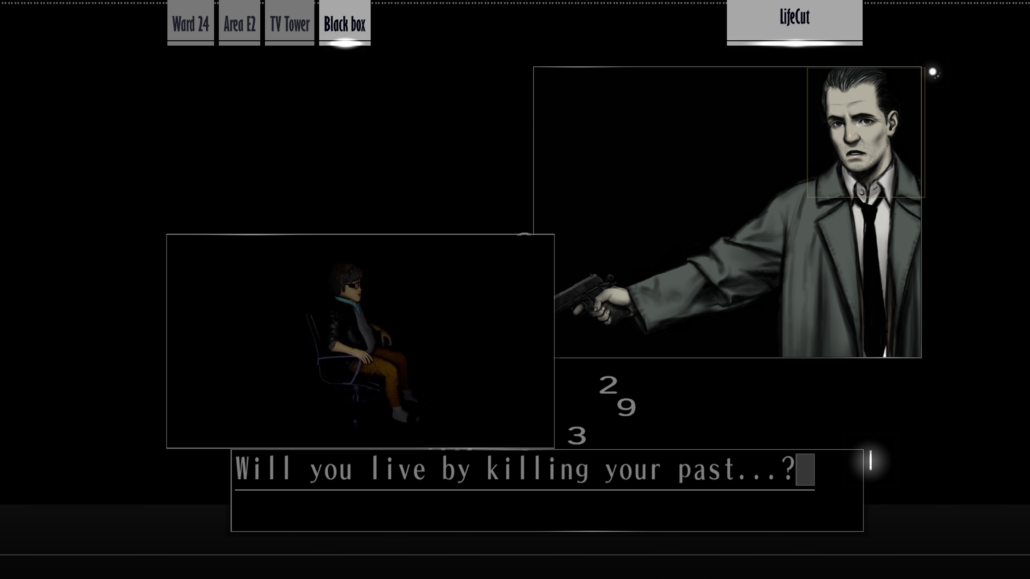 Despite The Silver Case approaching nearly twenty years of age, it’s easy to see SUDA51’s avant-garde game development that pairs quirky storytelling with gameplay that can’t compare. I’ve been a fan of his works for many years, but even I’ll admit that engaging gameplay has never been his company’s strong suit. No More Heroes suffered from a poor open world design and The Silver Case feels equally as disappointing with its first-person exploration.

To see the entirety of the events revolving around The Silver Case, the scenarios are brought up into two different chunks: Transmitter and Placebo. These two stories are often different sides of the same coin, with events in Placebo directly having an analog to that of the Transmitter cases. Fans of SUDA51’s previous works should instantly recognize the writing and pacing of each case as Goichi Suda himself handles the Transmitter cases and Masashi Ooka writes the Placebo cases. Each director’s style shines through in the storytelling, which is sadly matched together with gameplay that has not aged particularly well. The Placebo cases, in particular, suffer from a simple gameplay loop that requires players to repeat a small handful of daily tasks in order to slowly advance the narrative. 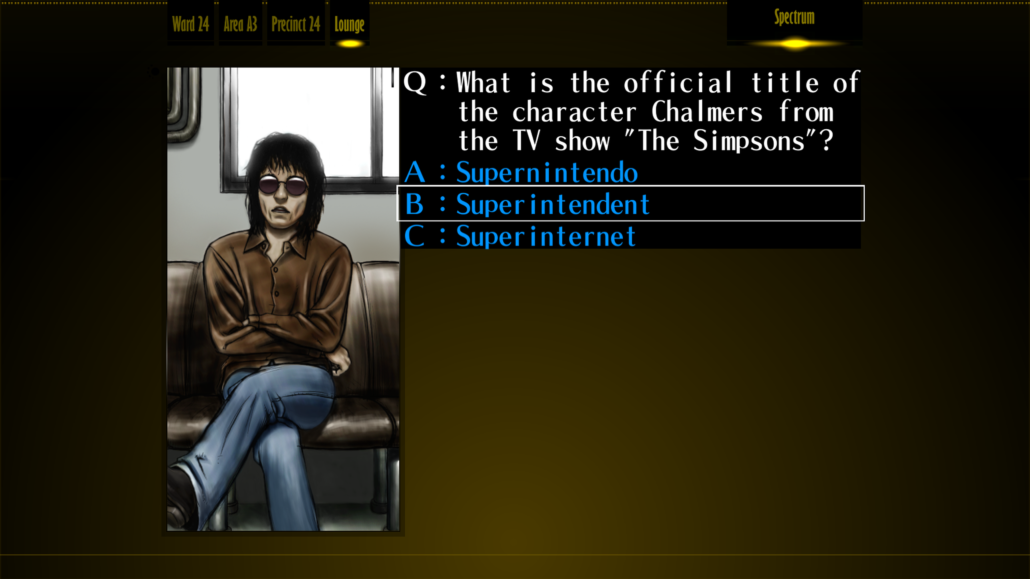 The Silver Case’s Playstation 4 release should feel familiar to those that played through Playism’s work on a PC remake last year. Many new usability tweaks were added to make the experience more palatable, with improved walking speed and other quality-of-life improvements. Sadly, the typewriter sounds that fills every text bubble is just as grating on the ears as it was nearly twenty years ago. It was one of the things I’d have wanted to see done away with in the PS4 version, but instead, I had to make do with muting the sound on occasion.

Presentation-wise, there’s nothing quite like The Silver Case when it comes to visual novels. There’s nothing static to the design as each scene is filled with dynamic text boxes and movies. Character art, CGI scenes, and even Sega-CD quality FMV is all interlaced into the visual design with such infrequency that entire styles of scenes appear once in The Silver Case and never again, keeping the storytelling feeling fresh. 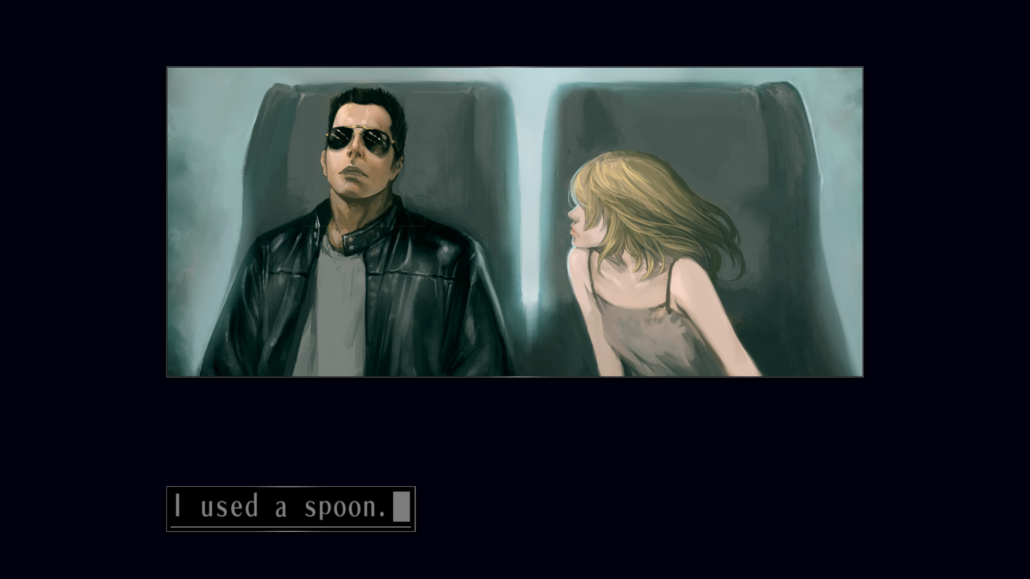 Up until just a few days ago, The Silver Case featured a unique bug that prevented players from unlocking and accessing the two chapters added exclusively to the Playstation 4 version (PC will receive a patch in the future). Before that day, I and other reviewers were unable to see these new chapters for ourselves. As one of the primary selling points for getting The Silver Case on consoles, it was frustrating to be unable to finish the game. Now, with that new patch, I was able to see these new scenarios for myself. Both the Transmitter and Placebo cases work well to tie The Silver Case into other titles in SUDA51’s Kill the Past series, with Flower, Sun, and Rain, as well as The 25th Ward, being the obvious sequels to these events. However, both of the new chapters barely top an hour in gameplay, so keep that in mind if that’s the main justification for your purchase.

The Silver Case remains one of the best ways to experience SUDA51’s quirky and avant-garde storytelling, although the gameplay just can’t compare. With such a timeless crime drama that still surprises newcomers, there’s plenty of story to dive into that can help players appreciate the likes of Killer 7 more. Now that a new patch has unlocked the two additional chapters to The Silver Case on PS4, players won’t have to wait any longer to experience this avant-garde story experience for themselves.

Although redesigned for a modern audience, much of The Silver Case is left behind in the past. The avant-garde storytelling and newly added chapters are the only things to properly stand the test of time.