Originally released as a PlayStation VR exclusive, the space horror roguelike The Persistence made the jump to PC (and all the major consoles) complete with tweaks that allow the game to be played without a VR headset. These jumps are usually not without issues, so how did developer Firesprite handle the conversion? Pretty well, as it turns out.

The Persistence is not just the name of the game, but also of a space ship that has been crippled by the effects of a huge black hole during an expedition. Only one crew member managed to survive, the engineer Serena Karim, and she needs help to restart the ship's stardrive and escape from the nightmare she finds herself in. Having lost all her fellow crew members, Serena has no choice but to resort to one of the clone printers found on the ship and effectively revive security official Zimri Eder. Her task, however, is not going to be anywhere near simple, as the black hole caused malfunctions all over the ship and clone printers are creating incomplete, feral humans that will not hesitate to attack Zimri on sight. Armed only with the Harvester and the uneasy knowledge that she can be revived over and over through the aforementioned clone printer, Zimri heads out to explore the ship's four decks, restart the ship's stardrive and make it out of her predicament in one piece.

The Persistence's story isn't likely to surprise you, but it is well executed all the same. The two main characters receive an adequate amount of development during the course of the adventure, and the game's great atmosphere manages to make players feel the same tension Zimri does while exploring the ship even if they are not using a VR headset, thanks to a great implementation of directional audio. If you are playing the game just for the story, however, you're probably better off with something else, as this is, at the end of the day, a fairly simple space survival-horror story with no shocking twist. 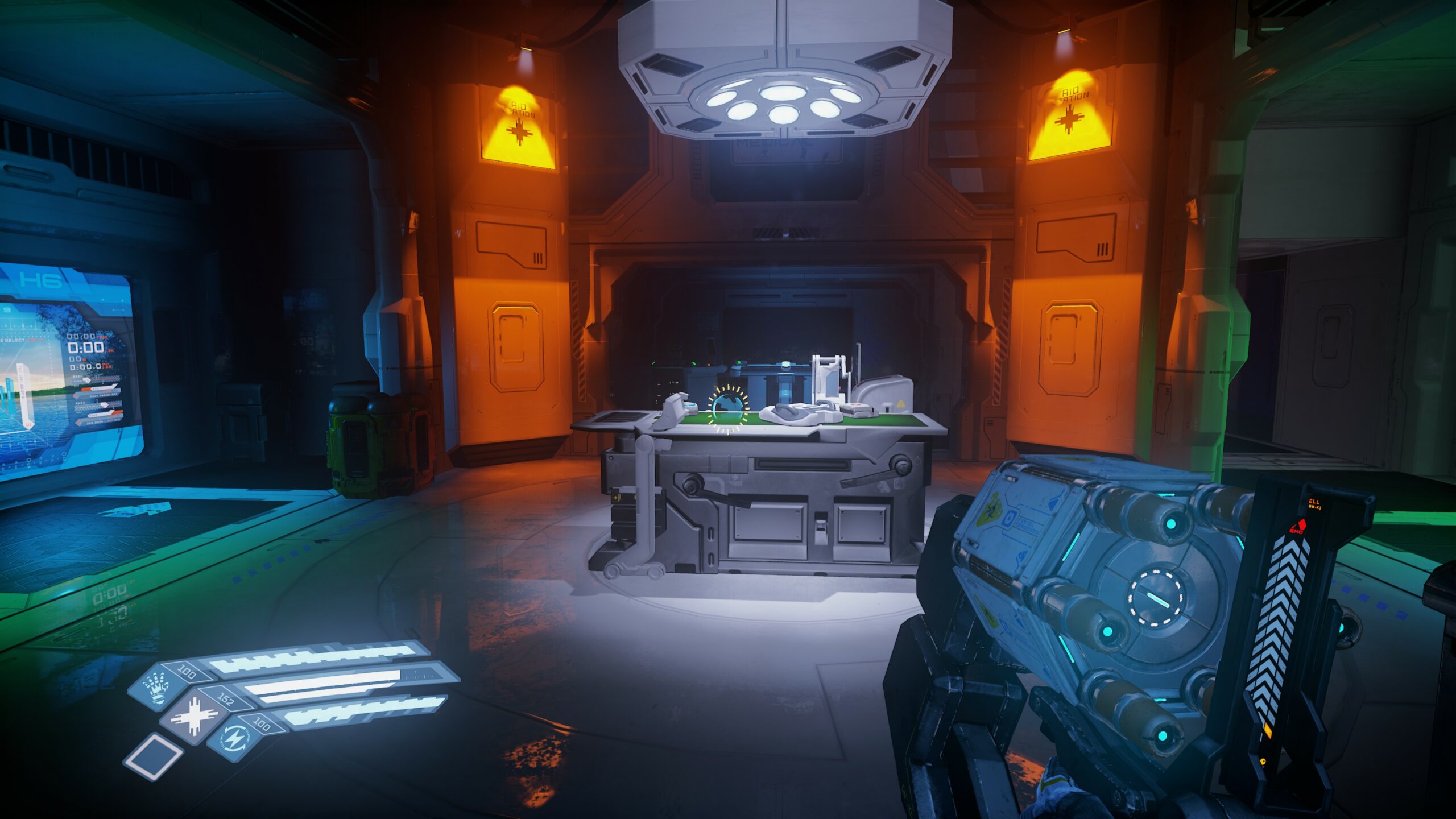 The main reason why you should play The Persistence is the roguelike experience, which is among the best we have seen in recent times. Controlling Zimri in a first-person view mode, players have to explore the four decks of the ship, which are all procedurally generated; this means that their layout will be different every time players return to the starting deck. Unlike pretty much all roguelikes, though, a full map is available at all times, so it's possible to plan a route with ease, whether it's a direct path to the goal or a detour to obtain more resources before clearing a deck. All of the four decks in the game have a specific theme with slightly different traps and enemies, so things do not get particularly repetitive.

Zimri will also have to arm herself properly to have a fighting chance against the feral clones. The only permanent weapon is the Harvester gun, which is used to obtain stem cells from unsuspecting enemies. Obtaining these cells is extremely important to improve stats, which can be done in the main hub. Like any roguelike worth its name, The Persistence features different types of currencies, which can be spent at Fabricators found all over the ship. These allow players to exchange the different currency types for melee and ranged weapons, and other types of gadgets like drones, grenades, and so on. Each weapon and gadget has its own use, making them more effective depending on how the player wants to tackle the game's many challenges.

The combination of all of the game's mechanics gives players a great amount of freedom on how they want to approach it. If you want to take an offensive approach with guns blazing, you should get the appropriate ranged and melee weapons and focus on improving your health and shield, which can be used to protect Zimri from all incoming damage. If you're looking to take a stealthy approach, you should focus on improving Super Sense, which highlights all nearby enemies and get items that allow you to distract enemies so you can take them out silently with the help of the Harvester gun. You can also take an in-between approach thanks to the fact that most of the tools at players' disposal may work even better in combination with others. All this is also enhanced by the ability to unlock different clone types, all coming with set bonuses that make select playstyles more effective.

The possibilities are vast and they are all effective, as no approach is markedly better than the other, ensuring that The Persistence is a very dynamic experience. It's all made even better by the variety of enemy types, all coming with different behaviors, and by the presentation of boss battles. Most of the time, players will be given a chance to use weapons and tools freely, and get used to them before the real battle starts. Not many roguelikes manage to make feel players nearly omnipotent one second, and almost helpless the next. 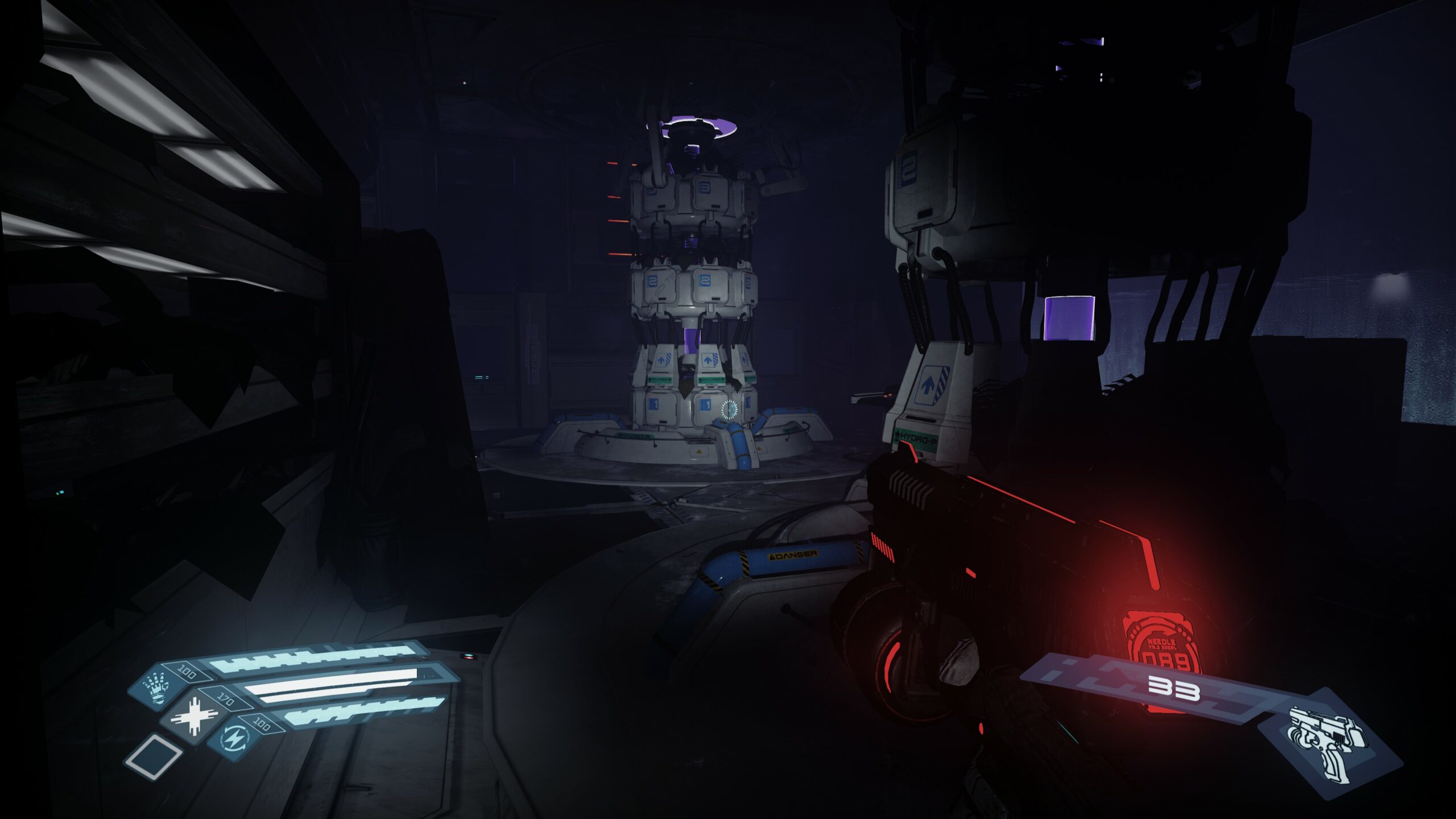 Being a roguelike, The Persistence can be a difficult game. The regular difficulty level is, however, more than fair; after completing the game you'll unlock the harder difficulties, culminating with the final difficulty level featuring permadeath, the ultimate challenge that should be taken on only by those who mastered the game's mechanics. Still, as far as roguelikes go, The Persistence is extremely accessible. As already mentioned, the map for each of the procedurally generated decks is available from the very beginning, making the navigation far less frustrating for inexperienced players. There's even an Assist Mode, which considerably lowers difficulty but turns off Achievements, ensuring that even roguelike newbies will be able to get some enjoyment out of an experience that usually isn't for everyone. Accessibility is made even better by full controller support for those who do not wish to use mouse and keyboard on PC.

The Persistence doesn't just play great, but it also looks rather nice. Locations aren't particularly varied, which is not surprising considering the setting, but they are rendered nicely mostly thanks to the great use of lighting which considerably improves the atmosphere. Character models aren't particularly detailed, but they get the job done and you won't have the time to take a look at them for too long anyway. The game is also not particularly demanding in non-VR mode, and it runs smoothly at 4K, 60FPS on the machine used for the test featuring an i7-3770 CPU, GTX 980 Ti GPU and 16 GB RAM.

Despite a couple of issues here and there, The Persistence is a quality roguelike that no fan of the genre should pass on. Whether you are playing the game in Assist Mode or a higher difficulty level, the huge variety of weapons and tools and the great enemy design will keep you entertained until you are finally able to fly The Persistance away from the most annoying black hole ever seen in outer space.

Roguelikes aren't for everyone, but The Persistence manages to show that a few tweaks to the usual experience can make wonders for accessibility. With a great atmosphere, intriguing setting, and great mechanics that allow for a variety of play styles, The Persistence is a more than worthy game for both roguelike diehards and those looking to finally get into the genre.