If you’re reading this review of the Razer Mamba Hyperflux, there’s a fair chance that you’re a PC gamer. As a PC gamer, mice and keyboards are quite regularly our weapons of choice. Sure I’ll use a controller for some games (racing, South Park etc) and a HOTAS for flight/space sims but most of my gaming is done on the humble mouse and keyboard which has been around for ages.

I’ve always liked wireless mice whenever I’ve tried them, but have generally steered clear for a couple of critical reasons, those being weight and batteries. Well guess what, Razer might have just solved both of those problems, so let’s take a look at what we’ve got.

The Hyperflux is basically Razer combining their popular Mamba mouse, along with their popular Firefly Chroma (aka Razer RGB) mouse mat and combining it with wireless power. It makes sense, phones have had wireless charging for a while now and the technology to transmit power wirelessly isn’t particularly new. But while some mice use contacts and cradles to charge batteries in the mouse allowing you to have the wireless experience, there’s the constant pain associated with battery driven devices, particularly ones which are so critical to our interaction with modern computing.

Rechargeable batteries of course eventually lose their charge and need to be replaced, usually at the most inopportune time no less! If you get called away urgently and forget to charge it, you’re stuffed next time you come back to your PC. Overnight power cuts happen and you’re left looking for your old corded mouse. Add onto that the fact that they invariably add weight to whatever device you’ve got them in and batteries start to feel like a less than ideal way to unplug your mouse from your PC, certainly when you’re at a desktop. Laptop portable mice don’t usually have a dock and you’ll just have to carry a spare pair of Duracells with you. What we have here then is a Razer Firefly mouse mat that powers your mouse while it’s in contact with the mat. Most definitely a desktop solution which may just solve the longstanding gripes I have with docked rechargeable wireless mice.

A sizeable box tells you the Firefly mouse mat isn’t going to be a small one and upon opening it, this is indeed true. Coupled with it is the familiar Razer Mamba mouse (keep in mind this is a right handed mouse) which can either be powered from the mat wirelessly or plugged in directly to your PC if you want to take it on the road. The usual Razer sticker and Welcome to the Cult of Razer leaflet complete the pack. 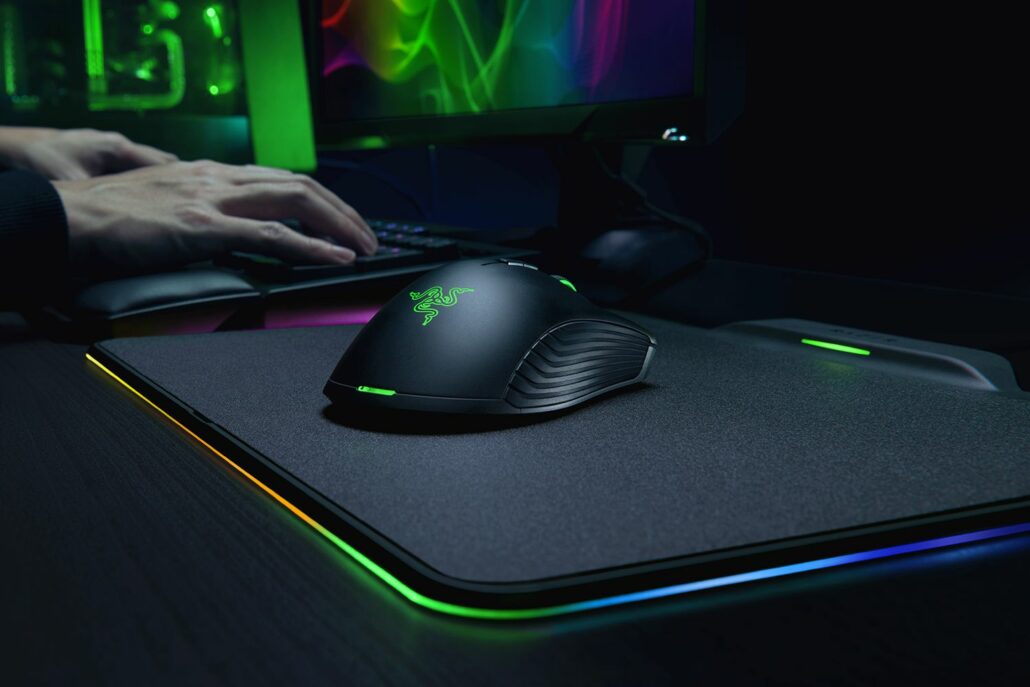 Specs wise, as usual, we expect and get a high spec gaming mouse here with:

The Firefly Hyperflux mouse mat has a reversible insert with either a hard or cloth mat surface, a non-slip rubber base and of course Razer Chroma RGB lighting again around the edge.
Both the mouse and mat are Synapse 3 enabled, which is currently in beta. Alert for those who are on a Mac, Synapse 3 is (at time of writing) available on PC only.

Razer has been doing some good work to make its devices productivity tools as well as gaming ones. Programmable buttons and profiles do a decent job of giving you nice functionality from a desktop perspective and the ability to bind commonly used windows functions and apps to given buttons is useful. I’m still not a huge fan of the Synapse interface for controlling colours, macros and shortcuts but its rate of improvement over the years has grown at a faster pace than competing offerings and I’m finally getting starting to get familiar with it. It’s helpful that the wife is also now a Chroma expert (she loves her RGB despite not really being a gamer) and plays with it on her Razer Blade Stealth regularly.

So in general desktop navigation, it’s a great normal mouse. A couple of bindings later and I have copy, paste shortcuts, synchronised colour shifts with the Razer Nommo Chroma speakers and quick launch buttons for notepad and paint. As is usual, the crazy levels of DPI are just way too extreme for desktop navigation and I dial down the sensitivity to 1800. 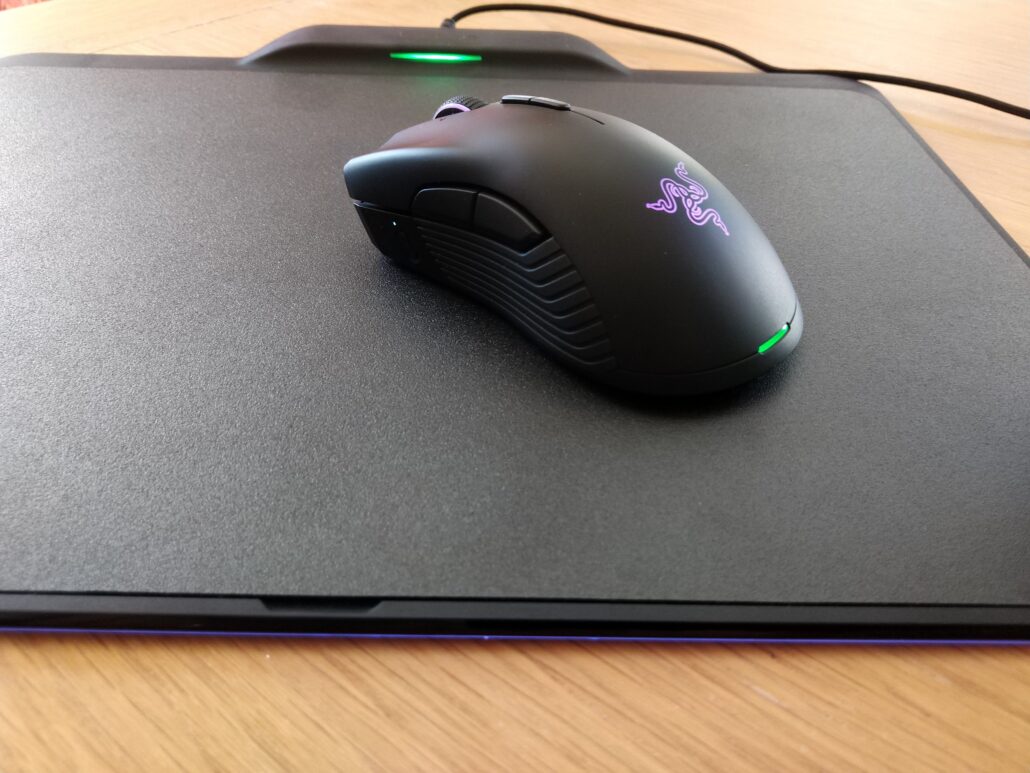 The Hyperflux Mamba and Firefly...

It’s here that one of my initial concerns with the Razer Hyperflux can start to be examined. I tend to make small mouse movements and regularly lift my mouse to reposition it. Will the Mamba lose power and/or connection while being lifted? Thankfully it doesn’t and lifting it off the pad for a few seconds produces no drop in connection. It behaves, for all intents and purposes like a wired mouse, just without the wire. Away from the home, the Mamba can of course be used as a wired mouse (the cable which plugs into the Firefly also connects to the mouse if needed).

The Hyperflux Firefly mat is a decently sized piece, measuring in at 355mm wide by 282.5mm tall.

The Razer Hyperflux is of course designed for gaming. A new profile later with some keybindings entered, DPI sensitivity increased and I’m ready to play. I’ve never actually used a Mamba before and it’s actually a lovely mouse. I prefer it to the Naga Trinity I reviewed recently as it just feels better in the hand and more suited to my fingertip grip style. Rubber side grips do the job nicely and there is no obtrusive area for resting a third or fourth finger, just sleek grip pads and nice buttons.

Gaming response is of course excellent and the buttons are decently sized and sufficiently distinguishable under finger/thumb that mishits are a non-event. As with most Razer mice I’ve tried, the scroll wheel still feels a bit too tactile at its interval points, but the side rocking of the scroll wheel is perfectly weighted where it often isn’t on other mice. Activations need intent, but you don’t need to strain to push the wheel sideways in either direction.

This is a great setup. I love the feel of the Hyperflux Mamba, the weight in hand feels excellent and it suits my grip nicely. The Hyperflux Firefly is also a solid product although do make sure you have space on your desk if you regularly use other peripherals (like a joystick or throttle). 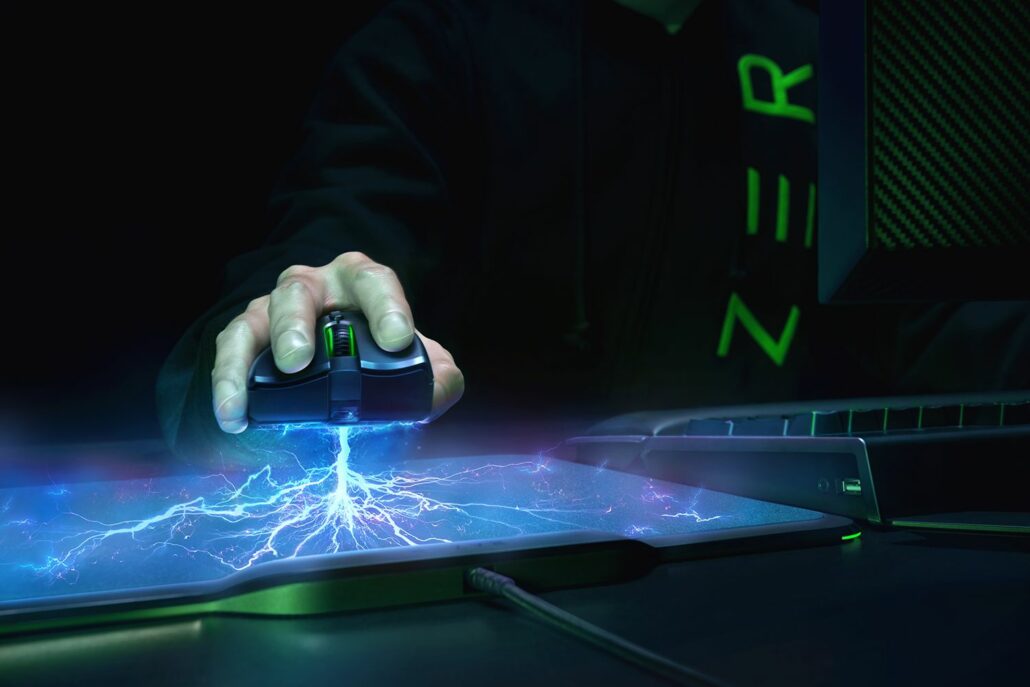 No, there isn't a force lightning edition, it's just a promo shot...

In the time I’ve spent with it, I’ve become quite enamoured with the Hyperflux. That much said, this is an expensive way to get away from batteries and cables. The Hyperflux Mamba and Firefly come in together at a somewhat eye-watering $250/£250/€280.

While it’s not necessarily crazy money where gaming mice are concerned, (a wireless Mamba is £145 while the non-wireless Firefly mat is another £60), these are still expensive devices. Razer isn’t a cheap brand, but it does have a following and despite claims of poor quality from commenters, I’ve had numerous Razer devices for several years now with no quality issues. Whether £250 for a mouse and mat represents value for money is a question only you can answer. Personally, my feeling is it’s not cheap, but it’s a premium product and should probably be priced as such. For the great feel in hand, excellent customisation ability via the much improved Synapse 3 and the innovative wireless power transmission getting rid of both cables and batteries without costing significantly more than the normal versions, it bags itself a recommended. 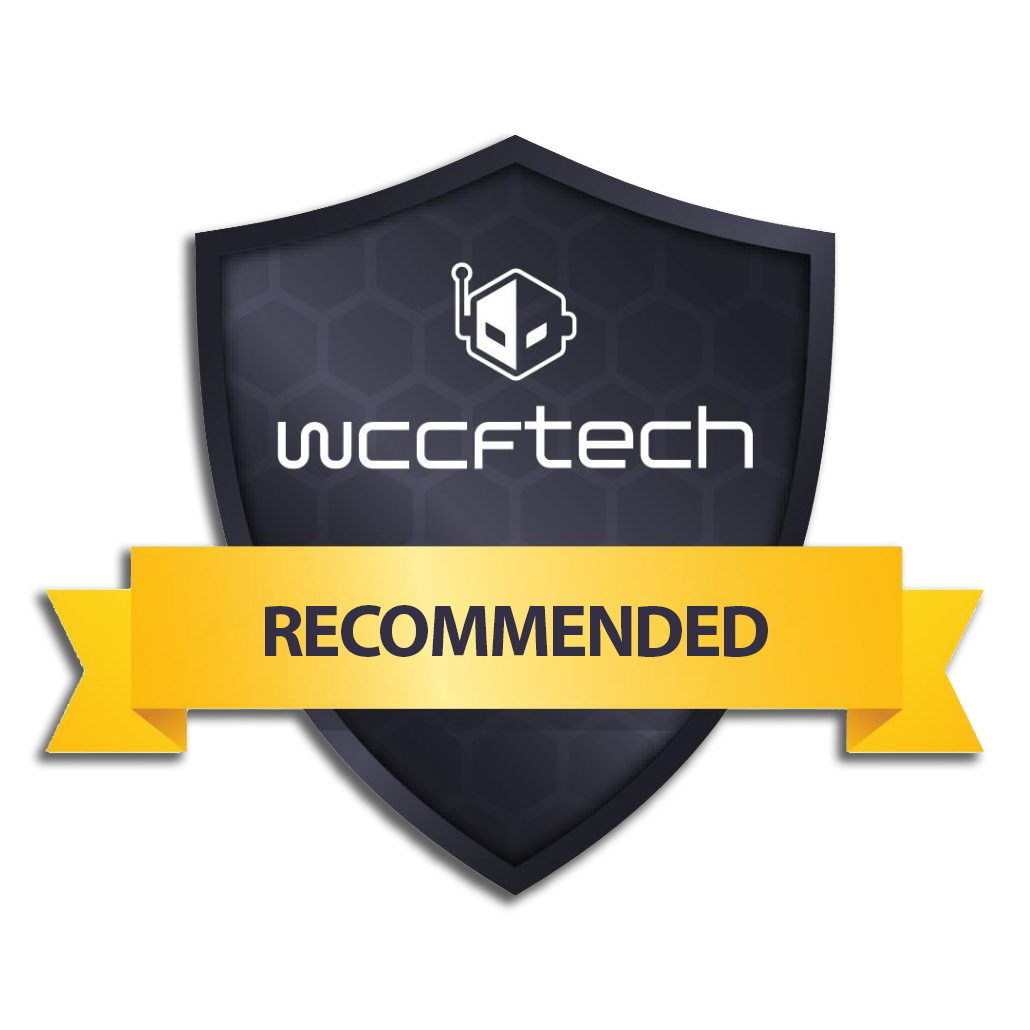