I actually do not hate what Bethesda has attempted to do with The Elder Scrolls: Blades. What we have here is many of the base elements you know from the core Elder Scrolls series, boiled down to the basics. Dungeon exploring, talking to NPCs in a town, beating down a variety of monsters, collecting weapons, gold, and materials… It's all here, and it all works as you would expect. This is an Elder Scrolls game in every way, except the iconic open-world. Well, that makes sense for mobile. So why does The Elder Scrolls: Blades still feel so lacking, even with version 1.0?

I have been playing The Elder Scrolls: Blades in small amounts since it released in early access on mobile, and it has to be said, the game has taken some massive strides towards being a better experience since the early iterations of the game. The chest timers that infuriated fans have been axed entirely, there's a far greater variety of environments, quests, and challenges, enemies are more varied and have been rebalanced since launch, and much more. This is a far, far better game than what launched over a year ago in early access. But it still feels hollow.

The experience of playing the game still feels repetitive, and boring. It's sad, but it's true. Even with the greater variety of environments and enemies, quests delving through familiar forests and the same two dank caves quickly loses it luster. The combat system frankly feels much better to play on the Nintendo Switch than it does a mobile device, with your hands solidly on the controls instead of fumbling with a touch screen which provides zero feedback, but even that feels so much more restrictive than what you're used to in the main series. 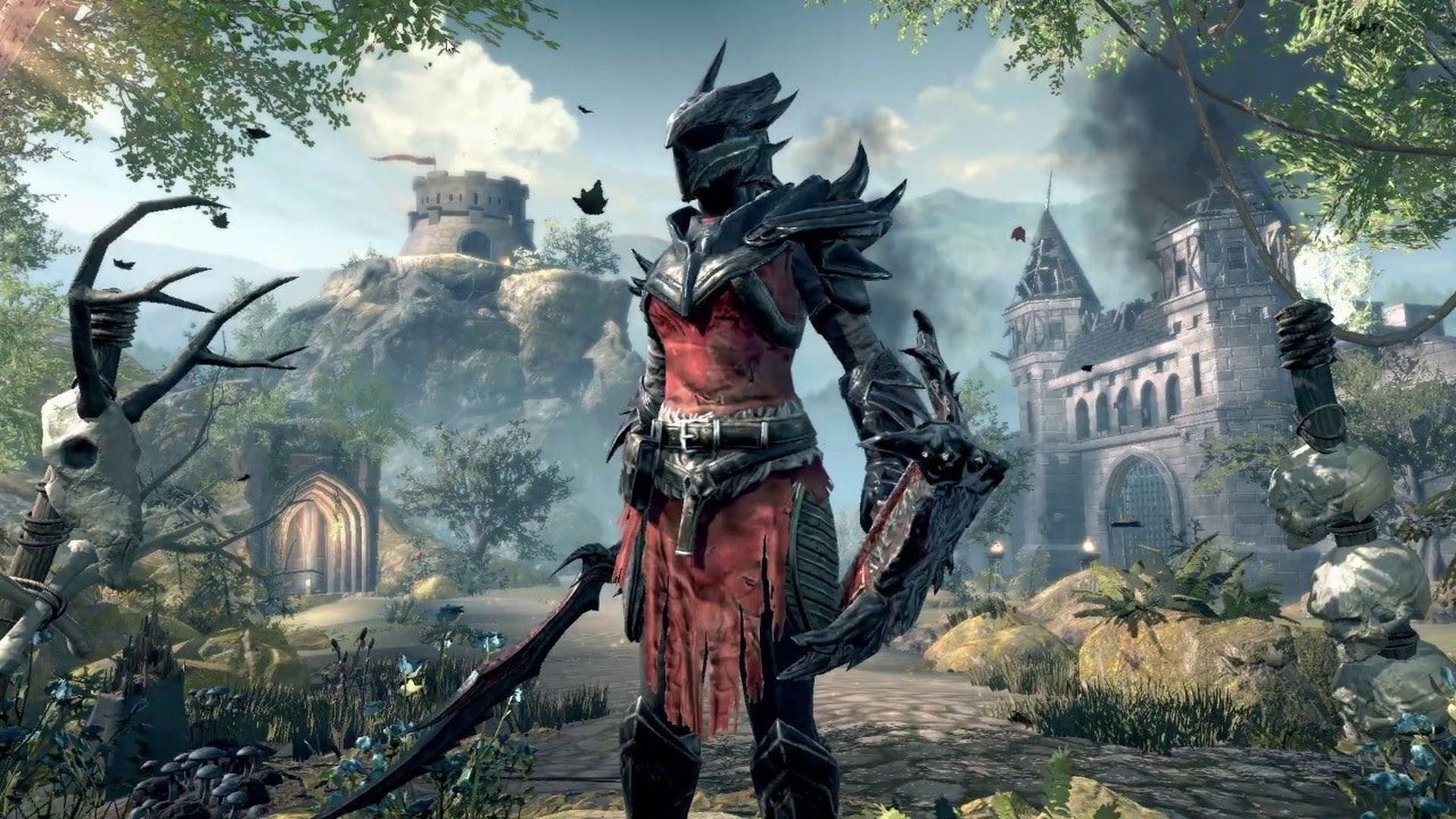 You will occasionally be able to play through more substantial story quests, but it's a fact that these always feel like a cheap version of those that you would expect from proper Elder Scrolls titles. There's no open world outdoors sections, only ever linear dungeons, and it drags quickly. To get away from that there is a PvP Arena mode, which, with a custom equipment loadout, could be a very attractive place to play for some players. Here's a tip: focus on stun and paralysis effects to win against other players. Other than that, there is the Abyss, which is essentially an endless dungeon, raising in difficulty as you go. It's a nice extra thing to have to play, but it is, essentially, yet another dungeon, except no satisfaction, or end, ever comes. Only a grind.

But this is not only a mobile game, but a free to play game. I do feel that if a game allows you to play for free, you have to give it some credit. And The Elder Scrolls: Blades is a decent free to play game, but up against the likes of Warframe, Paladins, and Fortnite, even as a free to play experience it's a wonder why you'd choose this over some of the games you can already enjoy on the Nintendo eShop. But of course, no game is free forever, and The Elder Scrolls: Blades include gems as a premium currency, which allows you to purchase materials, gold, and speed up timers when waiting for, well, any of the many things you'll be waiting for. And this is where another issue comes up: the game doesn't want you to play for long.

Your primary goal in the game, other than generally getting better gear and taking down tougher quests and monsters, is to improve your town. You start the game when you come across a ruined town, and you'll be tasked with earning gold and materials to build a blacksmith, an enchanter, tons of houses, and more. You'll be fixing up the walls of the town, and improving town hall, all to raise the level of the town higher and higher, and making it one of the most well-known towns in the realm, which will, of course, allow you to upgrade your facilities further, and upgrade your weapons more to battle with. You will be waiting for almost everything. Building a house or facility, upgrading a weapon, brewing a potion, crafting a decoration for your town, enchanting a piece of armor - you will spend a lot of time waiting, and when you're in the late game, with few pieces of equipment that make for an adequate replacement for your primary, having something being upgraded or enchanted is a lot of time to waste, making playing without them foolhardy.

As a result, you either need to only use your materials for upgrades when you're ready to log off for the day or languish while waiting in-game, using sub-par gear. It's frustrating, but it's a massive improvement over what we saw with chest timers when the game originally launched. In most ways, this game plays far better than it ever did while in early access, and on Nintendo Switch the game feels much better to play with actual, physical controls instead of an intangible touch screen - but the Nintendo Switch version comes with its own issues. 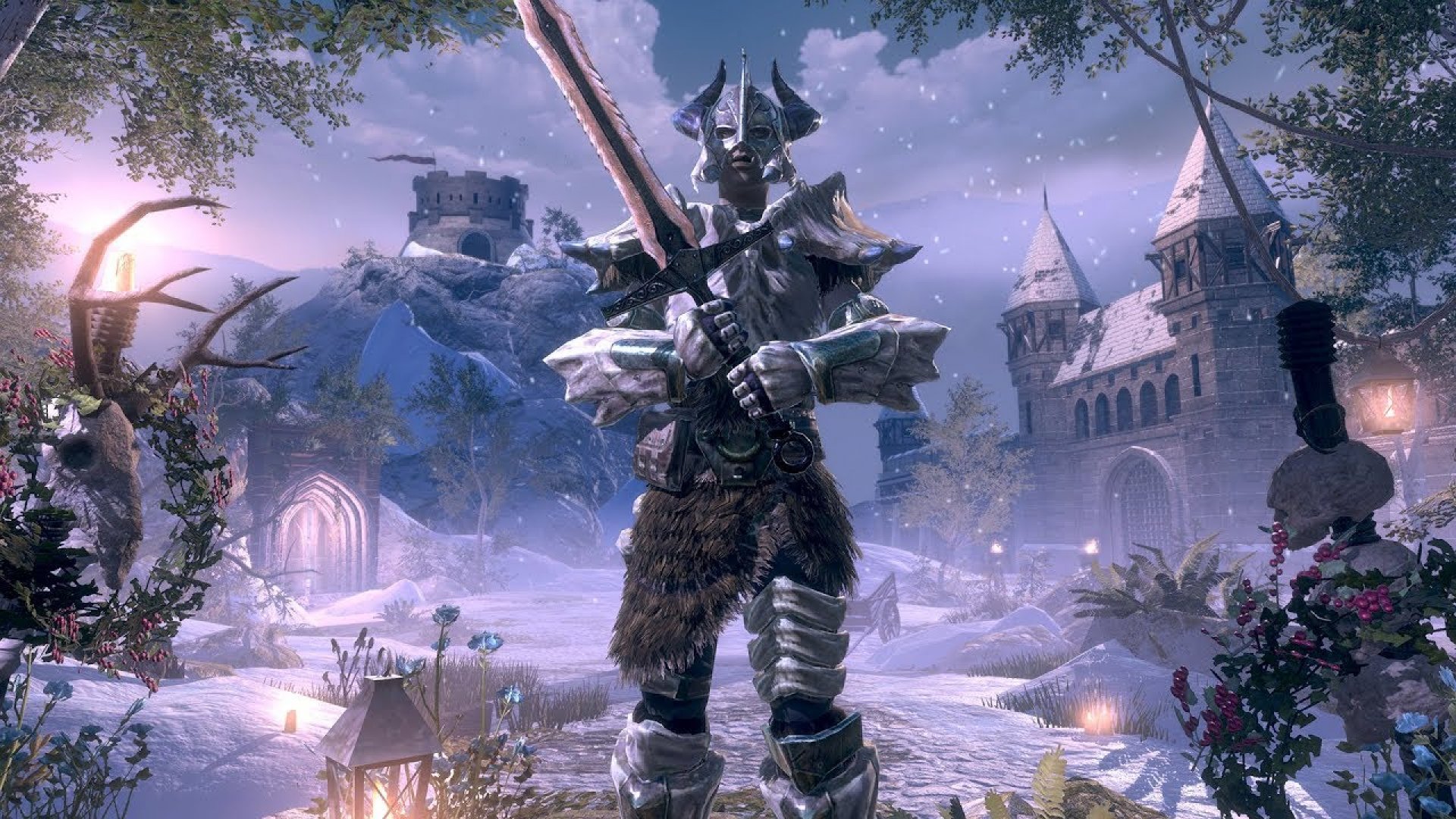 The first will be the UI when docked. On mobile and during handheld play, the UI looks large but very functional and appropriate. While on the TV screen, it is massive, imposing, and distracting. It makes the whole game look and feel cheaper, despite being such a minor visual element. But a bigger issue than that is performance. Yes, the Nintendo Switch is a considerably cheaper device than high-end mobile phones, so it's not a massive surprise that high-end phones would be able to natively run the game better than a port to a different machine. But that doesn't excuse the performance issues on display here.

While walking through my town, or through any given dungeon, the performance drops harshly. There's a video attached to the bottom of this review for reference, where you'll see performance stutter or even pause for multiple seconds when opening a chest in a dungeon, or encountering enemies. These problems are consistent, in every area, no matter what is happening. This game will stutter, and quite frankly, it can be uncomfortable to play for some people. This port is bad, and this game runs poorly. That's without mentioning the environment and clear LOD pop-in while exploring dungeons or your own town. And this game isn't exactly pretty at its best.

I don't hate The Elder Scrolls: Blades, at least conceptually. Bethesda's lightweight F2P Elder Scrolls game has all the hallmarks of the franchise but delivers them all in such a hollow way that it loses everything that makes the franchise beloved. You might find some enjoyment in the game, as I have done, but you will inevitably become weary of the dungeons, frustrated with the timers, and on Nintendo Switch, you will find the performance to be at times unbearable. Fans of The Elder Scrolls deserve better than this, but it's all they will get until The Elder Scrolls VI launches years from now.