The council is finally adjourned. The long and winding tale of the young De Richet and the cast of historical oddities has finally come to an end. The rivalry and competition between Holm and Mortimer will finally be resolved. For players who haven’t completed episode four yet, be warned, there are spoilers ahead.

If it felt like the quantity of each episode reminisced, episode five will not change your mind. It almost feels like the developers got bored of the project before the players did, and have been unable to recreate the level of intrigue and interest from the earlier episodes. Episode Five 'Checkmate' is short, unstructured and sloppy. While it has some imaginative puzzles, they are frustratingly vague and poorly explained.

Beginning just after the end of episode four, you’re instructed to go and change all the opposing delegates minds before the final vote. Possibly primed to do more, this sequence only highlights the lack of difference between your previous options. Characters continue to avoid talking about my missing hand or anything else, perhaps for fear of contradicting any of the possibilities.

After that, you are left to decipher what you are meant to be doing. With every little instruction, the game expects you to perform some fairly complex logical leaps. It almost feels like an old-school adventure game that has players doing the most abstract things in order to solve a relatively simple puzzle. I can see where the game hints are what to do, but this is hardly the first time where The Council has left the player without much help.

And after that, there isn’t much left of the episode. The climactic vote happens, and then for no apparent reason, one of the central characters becomes evil, or something close enough, forcing De Richet to align with someone else. It felt like an almost complete change in direction and there was, as far as I could tell, no signposting to this. After that, there is one imaginative puzzle that falls completely flat.

Players have to arrange representations of each character so they are all happy with the people they are standing beside, but it just doesn’t quite work. Firstly, having both twins there is just plain confusing, but more importantly, it feels like a test for the whole game. With only vague hints and one possible solution, you have to try and remember a lot of detail from the first episodes that released at the beginning of the year.

The final puzzle has you connecting the memories of one character. Unfortunately these memories are rarely anything you would have seen in the game itself, leaving you to try and piece together the order with little context.

After that, the game is more or less over. You get a few more conversations that feel fuzzy and out of context, then the final, underwhelming confrontation. You’ll be shown what happened after in a voiceover and that’s the end. There’s more than a small suggestion that the developers intend to continue the story, but for now, there is nothing left for the player to do.

The whole episode feels almost uninterested in itself and unsure of how to end. It is padded out with distant objectives that you need to painstakingly jog between, which is just frustrating. Like the final episode of Life is Strange Season One, Checkmate takes a dreamlike quantity where the reality of all the other episodes is just thrown away. It's odd to take inspiration from one of Life is Strange’s least popular episodes but it seems pretty clear.

If I had to guess, I would say that the budget for The Council was wearing extremely thin by the time episode five came about. Without much money, the team worked with what they had to try and finish what was at one point an extremely ambitious adventure title. There are no new locations in this finale, and very few opportunities to use the mind control option that you unlocked in an earlier episode. Even things like finding the infamous book everyone was searching for doesn’t do anything but give you some stat boosts.

This whole episode was a disappointing ending to a once promising series. There was a lot that excited me about the series initially, from the unusual historical setting and characters to the compelling confrontation system and the genuinely intriguing story. But the quantity seems unsustainable. This final episode had few confrontations, little relation to the characters and settings you’ve discovered and the plot has taken so many different turns it's difficult to see where you started.

Perhaps The Council would have achieved more as a complete game, with a more definitive beginning, middle and end for the developers to work with, and a stable budget to allocate. But as it is, The Council was an ambitious experiment that has sadly failed to deliver the results. 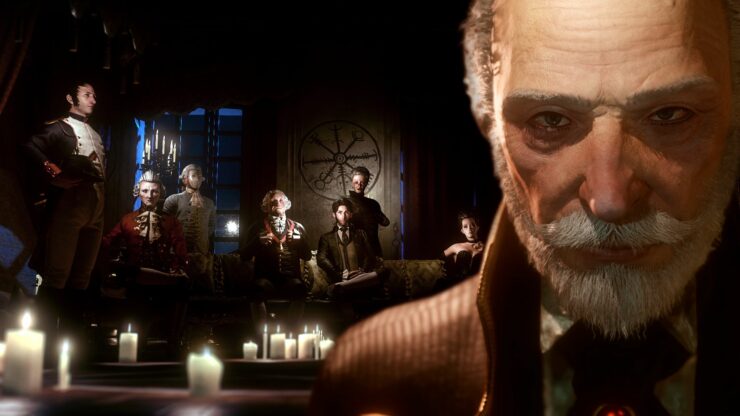 The Council began strong, but for whatever reason has become weaker with more or less each episode. This finale feels like the death rattle of an interesting, albeit failed experiment.