The Council Episode 1 Review – So Far, So Good

The Council is a game that demands to be played again. With its twisting story and branching narrative, you cannot uncover all the games secrets in a single playthrough. Taking a page from the now famous Telltale formula, The Council is a game seemingly about trying to say the right thing and make the right decision.

Where The Council breaks from the formula is in its execution. Building on a thorough skill tree and detailed mechanics, the game lets players choose their own adventure in a way we haven’t seen before. Playing as a young man searching for his mother, you are invited to an island where the rich and powerful decide the fate of the world. This particular historic meeting has George Washington and Napoleon in attendance. But who you choose to trust, use and ally yourself with is up to you, and the skills you bring with you.

Each skill can be used in confrontations, The Council's verbal equivalent to an action scene. But each character has certain weaknesses and immunities. Some may be vulnerable to the deft hand of a politician or the stern questioning of a detective. Others times you may have to rely on the intellect of a historian. But as you’ve probably already guessed, you won’t be able to unlock all these skills, at least not in this first episode. 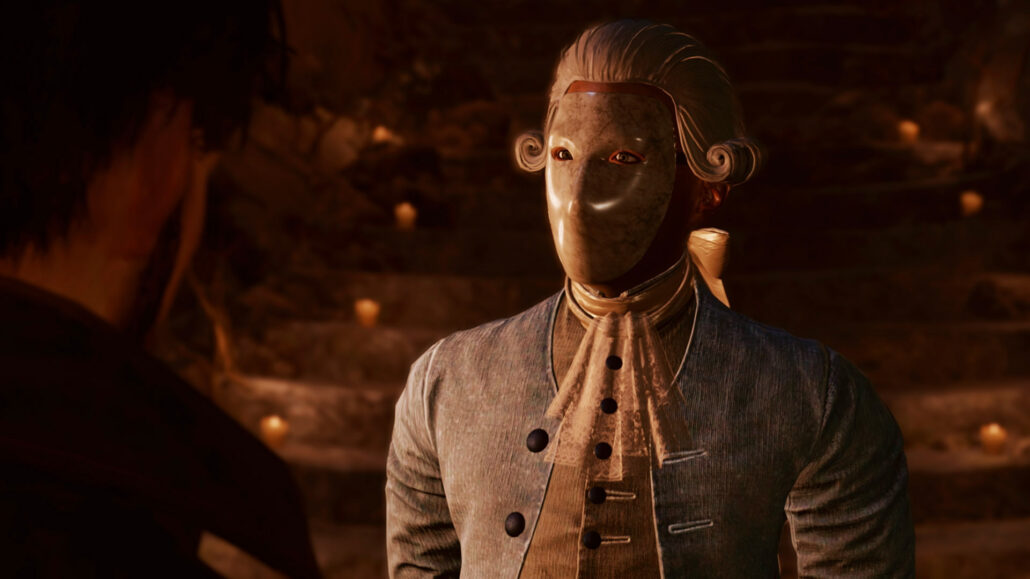 On my first playthrough, I chose to play the detective. With my points in questioning and logic, I hoped to uncover all I could to find my mother. But this is where The Council really stretches what it is to tell a story in video games. There were several key moments during the episode where you decide where to go. This affects who you meet, what you learn and what you do. Whole segments of the game are locked off by these simple choices, and to explore them all you’ll have to start again. My second time through the gilded halls of the impossible mansion I played an occultist. Smarter perhaps then my detective counterpart but also more pragmatic. At times where it would benefit me to leave another in peril, I did just that.

Each branching opportunity feels radically different and offers the chance to learn new information. While the game has to naturally link back to the same points rather than branch out further, the chance to miss levels of work feels much greater than it does in anything Telltale has released.

This impressively divergent narrative does come at a cost, however. The graphics clearly don’t have the same detail and sparkle that we've seen in other games in the genre. Even Life is Strange’s doodle design feels more comfortable on the screen than The Council's. The faces and speech are particularly difficult to watch as the mouths seem to chew on each word before drooling them out. Luckily the voice acting carries well, with a few minor exceptions, to keep the flow of conversation, and the players' engagement going.

There doesn’t seem to be much of a score to The Council, which often leaves you wandering the vast labyrinthine corridors in relative silence. It would have been nicer to have a little bit of music playing or just something to engage the ears between conversations but the moments of silence are diminished the quicker you get to the next conversation. That being said, the mansion on which this episode is set is hard to navigate. The corridors all feel identical despite their differences and it can be quite easy to get lost. On top of that, the objectives can be fairly far apart and you can not travel quickly. Walking speed feels too leisurely while jogging doesn’t improve things much. These moments of slow meandering can be a little off-putting when you want to progress.

But the mystery will keep driving you through the story, though. With a fascinating bunch of characters to talk to, and the hints at something occultist and bizarre happening just off screen, fans of the unknown will be engaged from beginning to end. Its refreshing even, that the twists in the story are more unexpected than they are cliched, offering genuine surprises during the some of the revealing moments.

At only a couple of hours long, The Council is deviously moreish. It feels like the game you could happily binge in a weekend, but right now only episode one is available. Fans of the genre can find something delightfully refreshing The Council, one of the first games that really demands you play it through again. The puzzles are clever and require a certain amount of actual knowledge (or access to Google, at least) in order to be overcome. Its characters feel fleshed out and each seemingly has their own agenda, and the confrontation system, that feels like a more varied version of Before the Storms, lets you really get into the role of your character, whoever that is.

Reviewed on PlayStation 4 (code provided by the publisher). You may purchase the game for PC via Fanatical.

While missing some of the polish other games might have, The Council feels like it could be the next step in the genre thanks to branching narratives that feel much weightier than before and a mystery you can't help but be drawn into.