Forget slashers and zombies, cults and “folk horror” are having a bit of a moment right now with movies like Midsommar, Mandy, and Hereditary making robes, weird ceremonies, and tea with things you really shouldn’t be drinking mixed in the new hotness. The Chant from Vancouver-based indie developer Brass Token looks to take advantage of this new horror trend.

While a somewhat standard survival-horror experience in some respects, The Chant differentiates itself by making players properly balance their mind, body, and spirit, while fighting Lovecraftian horrors with meditation and bundles of herbs. It’s an interesting idea, but does this cult game have what it takes to become… a cult game? Time to see if this one hits the right notes…

The Chant casts players as Jess, who’s been invited to a healing retreat by her friend Kim. That may sound nice, but Jess and Kim share a dark secret regarding something that happened to Jess’ sister and the Prismic Science Spiritual Retreat is located on an island suspiciously cut off from civilization. Hmmm. Jess rightfully points out this all feels “a little bit culty,” but she decides to participate in that night’s group ritual anyways. Bad choice. The ritual goes wrong and the Gloom, a reality-warping fog swarming with Lovecraftian horrors, spreads across the island. The Gloom begins preying on everyone’s issues and insecurities and it’s up to Jess to figure out how to banish it while maintaining her sanity. Along the way, she’ll learn more about her fellow retreat attendees and the dark history of the island.

The idea of a horror game set on a remote island amongst the remnants of an increasingly-deranged cult is a good one, but The Chant doesn’t lean into the concept as hard as it could. I would have perhaps preferred a more grounded approach, with regular cultists being the main threat, rather than the supernatural enemies the game mainly focuses on. That said, the story does serve up a decent number of twists and its share of creepy moments.

While PR promises of a sizeable interconnected island to explore may have you thinking “open world,” it’s not really the case. Despite the natural setting, The Chant’s level design is every bit as hemmed in as Resident Evil and Silent Hill games of old. You’re almost always restricted to a narrow path, with plenty of locked doors and other obstacles standing in your way. There are shortcuts to find, and some Metroidvania-style backtracking, but eventually everything loops back to the main hub in the middle of the island in a rather straightforward way. The Chant has no map system, but you’ll rarely get lost, as the island’s layout just isn’t very complex.

The main thing that will impede your progress are various color-coded varieties of Gloom, each of which requires a different crystal to travel through (you’ll collect these as the game progresses). Travelling through the Gloom can be visually disorienting, but the monsters contained within can’t follow you once you leave, so it’s usually best to just hightail it through as quickly as possible. Occasionally, you’ll have to kill a large flower-like monster to clear a particular patch of Gloom, but otherwise, the stuff isn’t really a big concern once you have the proper color crystal to pass through it.

The Chant is arguably at its best when it stops shuttling the player around the island and instead settles down in a specific area and focuses on more granular exploration and puzzle solving. Said puzzles are Retro with a capital “R,” to the point some newer gamers may find them a bit quaint or frustrating, but as an old-school survival horror fan, I’m all about redirecting light shafts and mixing chemicals to find paths forward. These sections of the game also tend to be the most atmospheric and scary.

Unfortunately, it isn’t just The Chant’s puzzle design that feels from a different era – the game’s visuals are a bit behind the curve too. Don’t worry, the game doesn’t quite look like it came from the 90s, but stiff character models and grubby, cluttered environments don’t exactly wow. Honestly, it’s not exactly clear why The Chant needed to be exclusive to PC and next-gen consoles.

While The Chant can feel a decade or two displaced in some respects, the game does try some new things in terms of combat and character progression. You have three core stats to keep track of – Mind, which depletes in the Gloom or darkness and will cause you to have a panic attack once gone, Spirit, which powers various special abilities and can be transformed into Mind energy via meditation, and Body, which is your basic life bar. You can level up each of these stats and unlock boosts from the game’s skill tree by consuming items, defeating baddies, or responding in certain ways during dialogue scenes.

Scavenging and crafting is also a big focus, although the things you’ll make are a bit atypical. You won’t be fighting off enemies with guns and knives, but rather, bundles of sage and essential oils. You’ll also unlock a series of powerful prism abilities, that will allow you to slow down time, become invisible, and summon spikes from the floor, amongst other tricks. Combat works well enough, with players being able to dodge and counterattack fairly effectively and the various types of weapons providing some strategy. Unfortunately, feebly thwacking enemies with bundles of sticks just isn’t very satisfying. Perhaps Brass Token is hoping to create a sense of tension by restricting the player, but if that was the intention, it doesn’t really work. The Craft’s combat isn’t empowering, but it’s not difficult either. Enemies are slow, telegraph their attacks in very obvious ways, and checkpoints are frequent should you fail.

The end result is a game I rolled through in about 5 or 6 hours without a lot of serious resistance. There is some potential for replay given The Chant’s dialogue options and multiple endings, but I’m not really sure how much the experience will change from playthrough to playthrough. The game’s relatively rigid, narrow approach means there just isn’t much of a sense of mystery enticing you back. Like most cults, once you’re out, you’re probably going to stay out.

This review was based on a PS5 copy of The Chant provided by publisher Prime Matter. 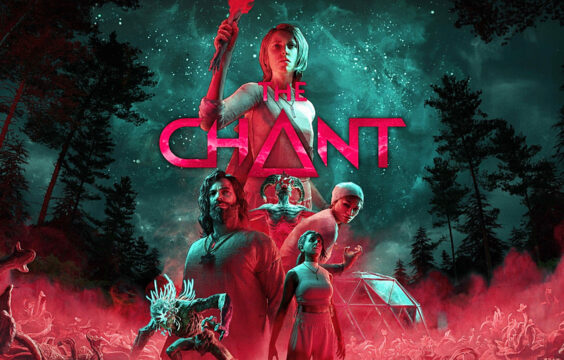 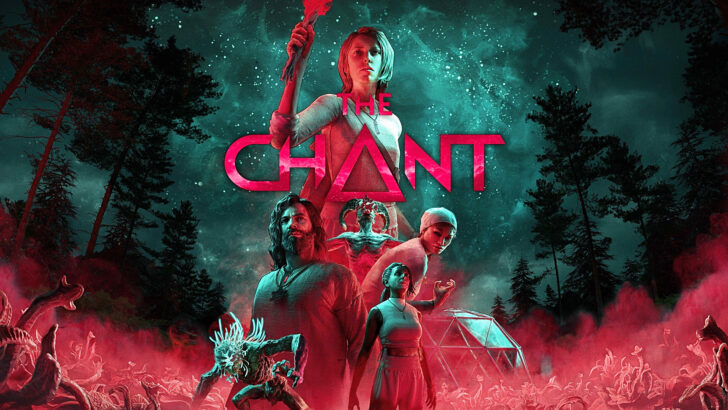