Since the arrival of DDR4 memory in the mainstream market, Teamgroup started a separate line of DIMM kits under their new T-Force brand. The T-Force brand is the more enthusiast and gamer aimed memory series with a sheer focus towards quality and performance. Today, I will be testing one of T-Force's new Vulcan Z series memory kit, the latest in their T-Force gaming series arsenal and see how it holds up in against similar priced & similar spec'd memory kits. Teamgroup sent me their latest T-Force Vulcan Z series DDR4 memory kit (16 GB @ 3200 MHz) for this review.

The Teamgroup T-Force Vulcan Z 16 GB DDR4 memory kit is designed to offer pure value. The kit we received is optimized at a clock speed of 3200 MHz (PC4-25600). The memory kit consists of dual 8 GB DIMMs which make up a total of 16 GB in capacity. Some main features of the T-Force Vulcan Z series are listed below: 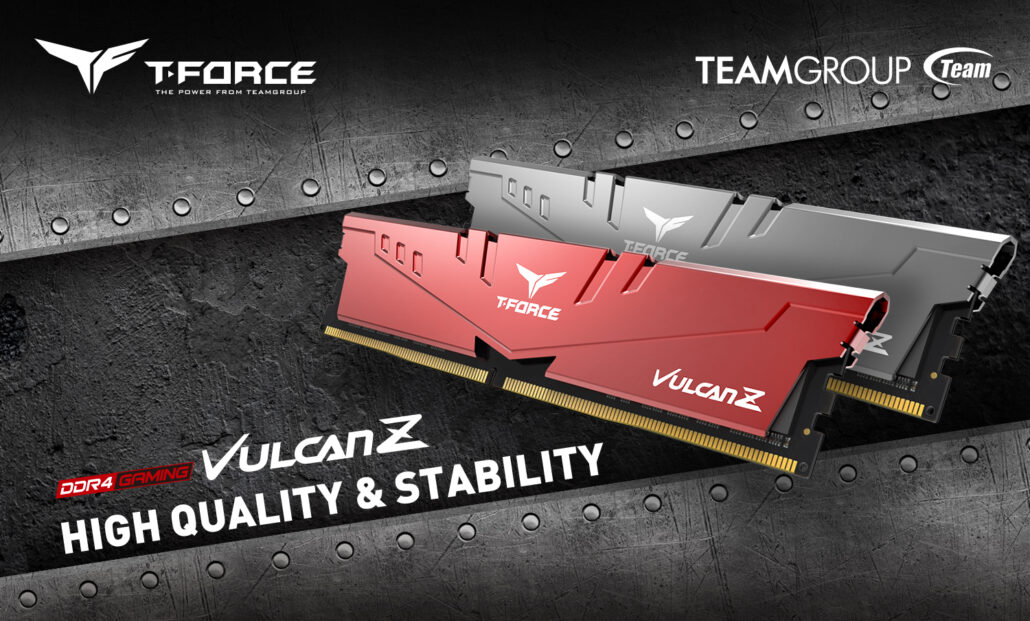 The memory kit has a tested latency spec of CL16 and the timings are 16-18-18-38 for this specific kit. Voltage set at reference is 1.35V and the memory kit comes in an unbuffered package with non-ECC (Error Correction) design. The memory kit is fully compliant with Intel's XMP 2.0 and can be easily set to its rated clock speeds through the BIOS shipped on the latest Intel motherboards. 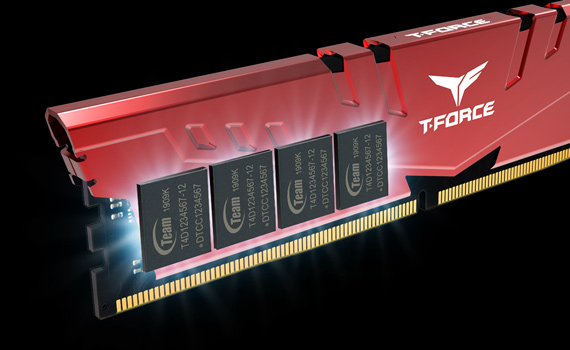 The T-Force Vulcan Z series comes in a plastic clamshell package. It has red and black accents all over. The front of the package has the name and specifications sticker along with the marketing logos for T-Force and Vulcan Z. 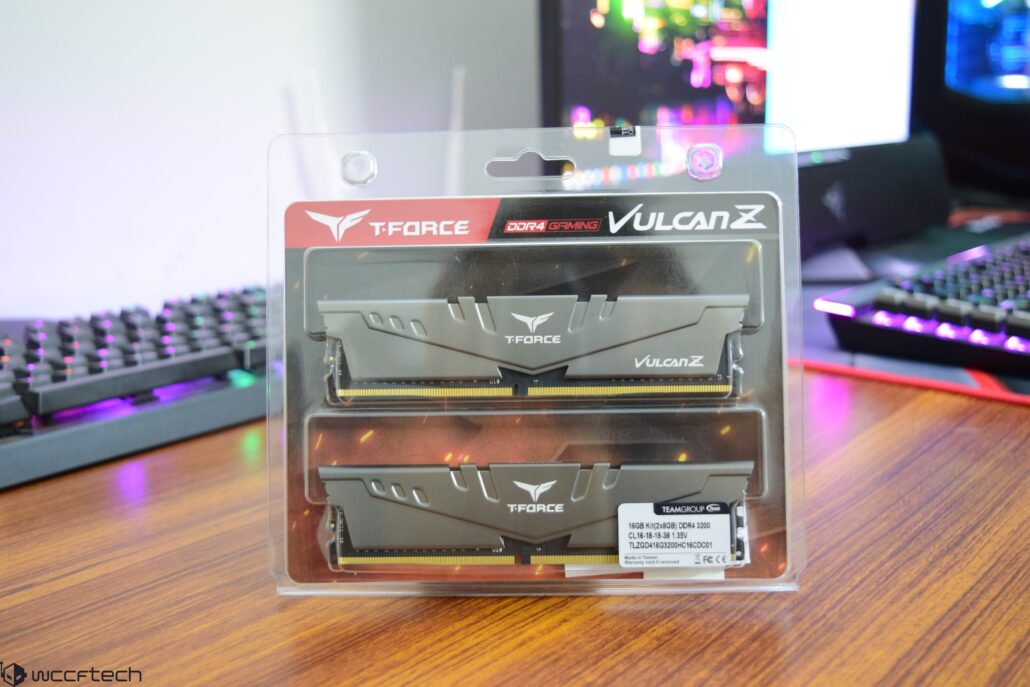 The back of the box lists down a brief overview of the T-Force brand along with detailed features of the T-Force Vulcan Z series memory. The package also includes a warranty paper & a T-Force logo sticker. 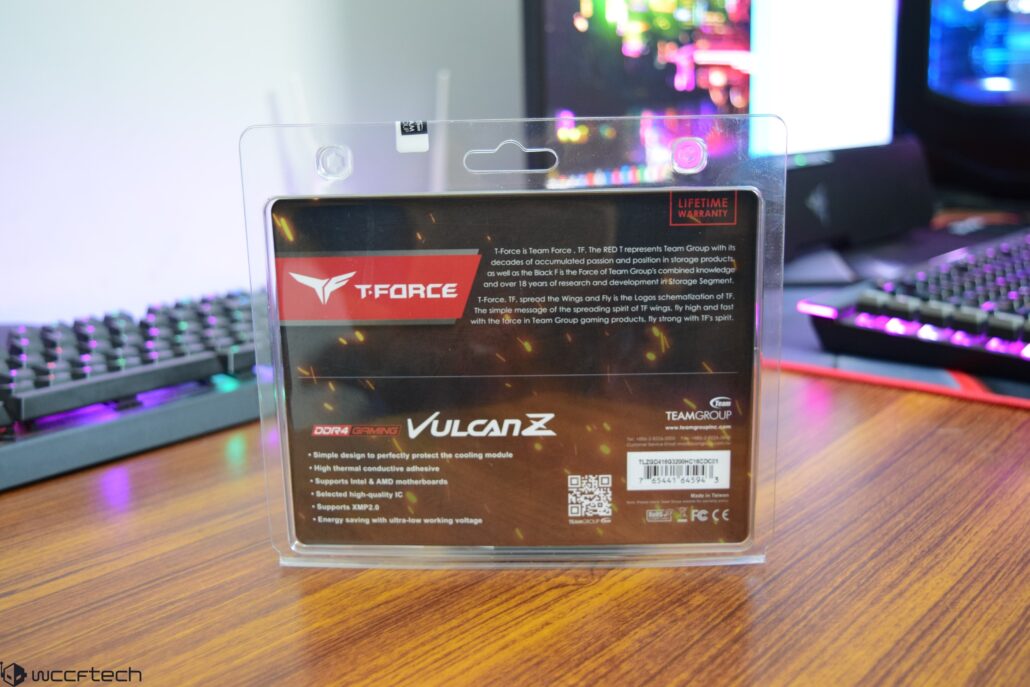 Out of the box, I can note that the Vulcan Z rocks a very simple design with a standard DIMM profile size. Vulcan Z won't lead to compatibility issues with air coolers since the height isn't extended like some other RGB options out in the market. 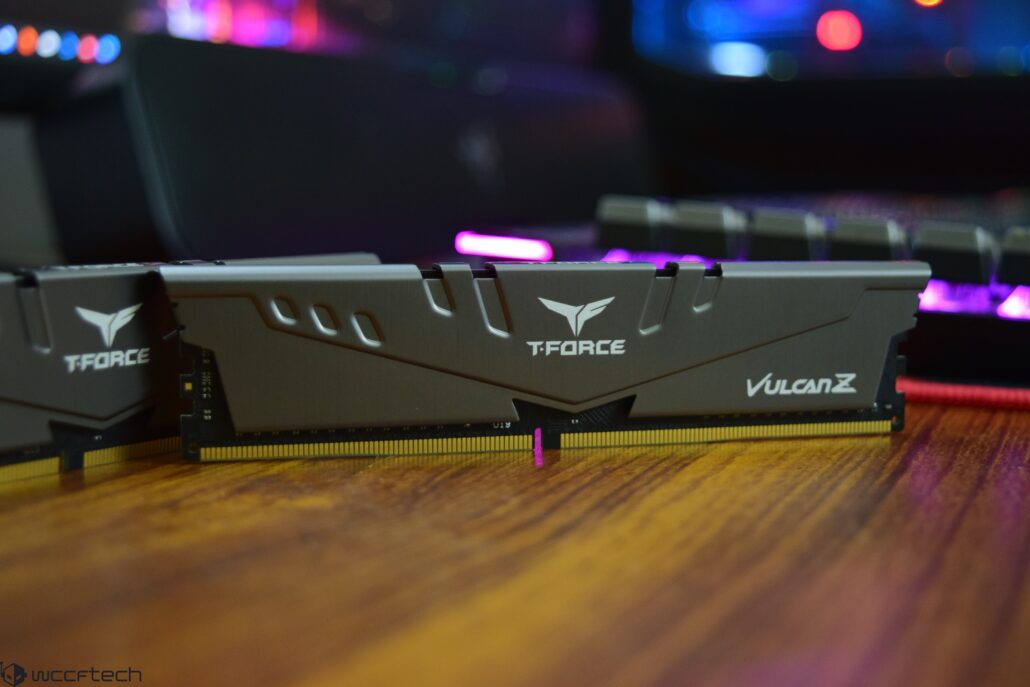 The T-Force Vulcan Z, although being very simple in design, still look great. The angular touches on the aluminum frames and the T-Force logo in the middle looks great. 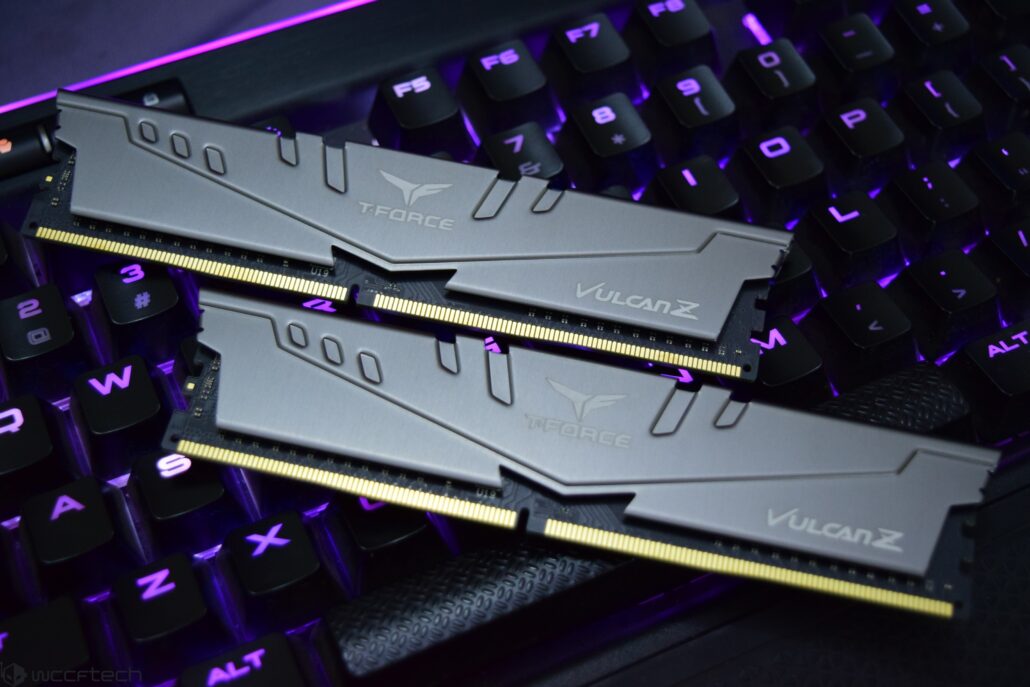 You won't get any flashy lighting on the Vulcan Z series since these are budget tier options but the design itself looks great from every angle. If you're looking for RGB options, Team group has a ton of options in their T-Force brand but they also cost a lot more. 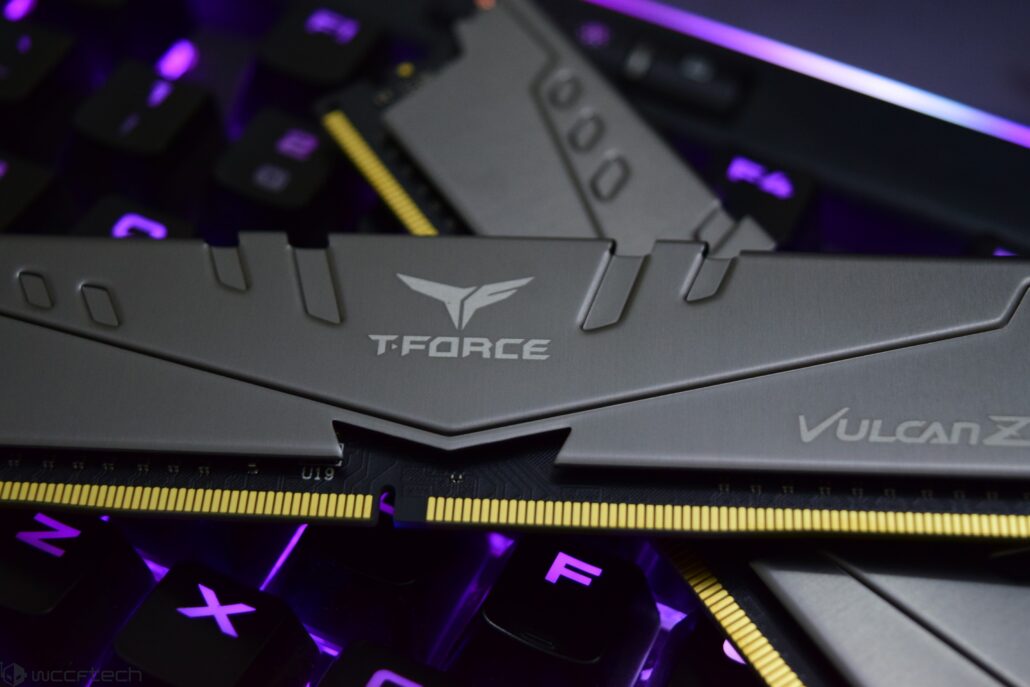 Silver is a very neutral color when it comes to building PCs so the color scheme itself won't be much of an issue. T-Force Vulcan Z also comes in red color so you get some option to select a kit based on your own preferences. 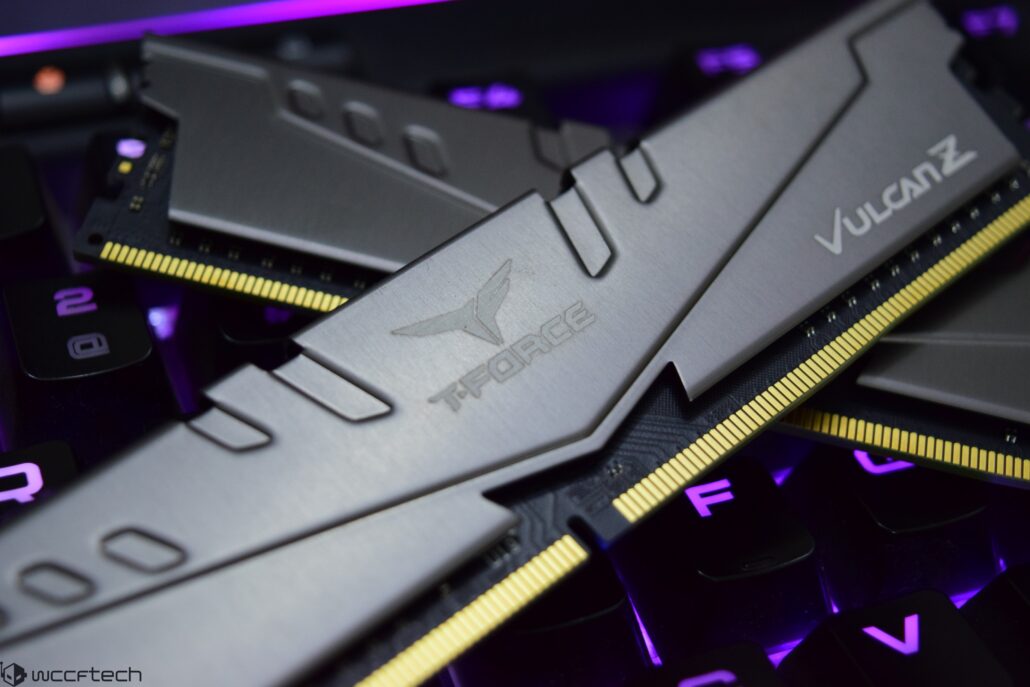 Now for the weight, the T-Force Vulcan Z weight around 30 grams which is not too much. This is due to the low profile design and no aggressive use of bulky metal frames or RGB solutions. The height and weight makes the kit a perfect choice for HTPC and small form factor PCs. 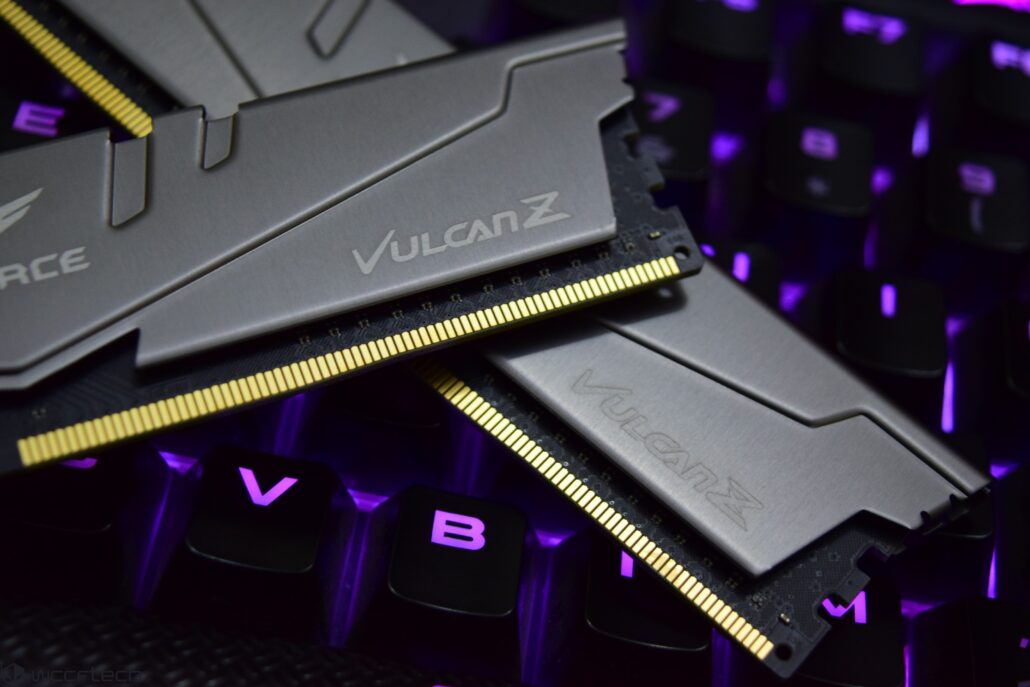 For testing, I used the latest Intel Core i9 9900K processor which is compatible with higher frequency memory. The motherboard used was a GIGABYTE Z390 AORUS Master and I booted the memory without any issues. The XMP profile to enable the 3200 MHz frequency had to be set from the BIOS which wasn't a hard task. The new 300-series motherboards are fully compatible with the fast DDR4 DIMMs. 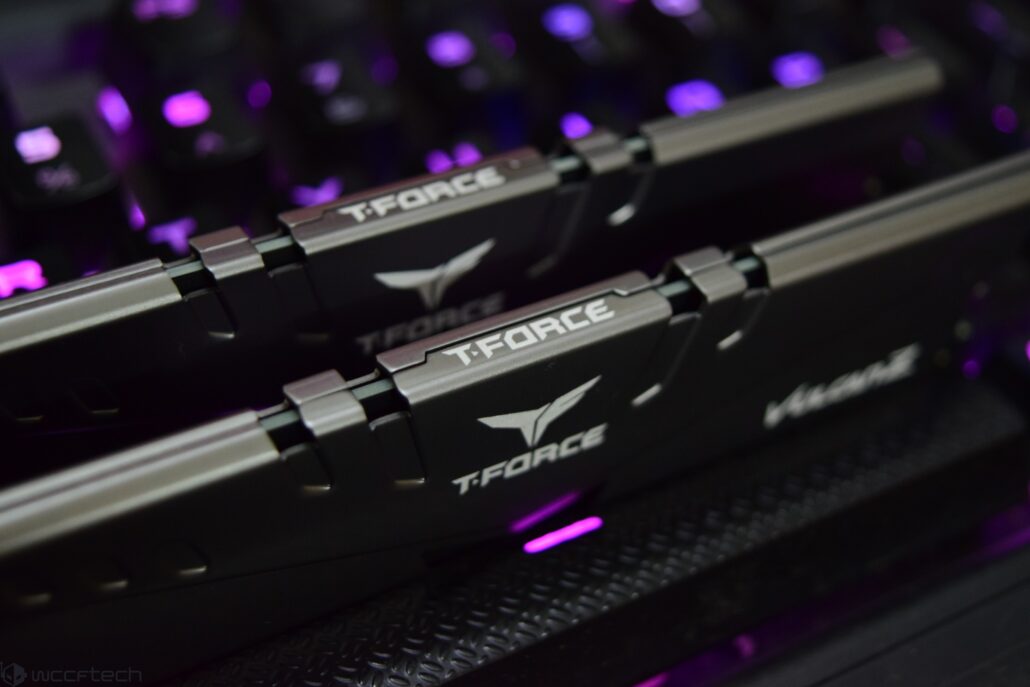 The memory kit comprises of 2 DIMMs that operate in dual channel mode. Since we were running a Z390 platform, the memory was operating in dual channel mode. The memory is clocked at 3200 MHz and will run at 2600 MHz be the default when XMP profile is not enabled since that is the JEDEC standard clock speed. Clock timing is set at 16-18-18-38  (CL16) and the capacity is 16 GB for this specific kit. 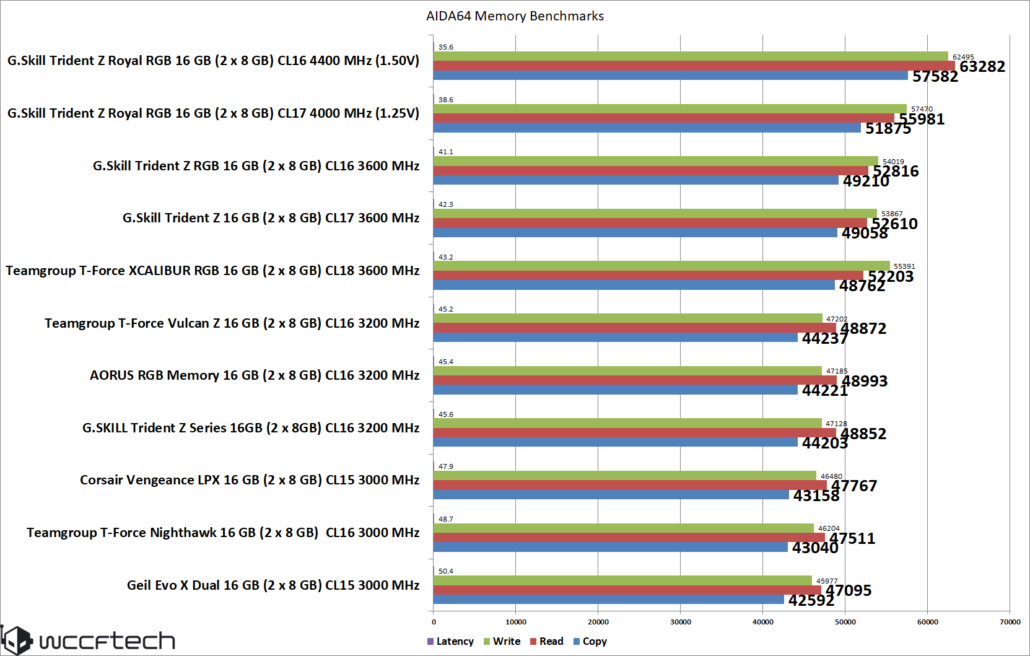 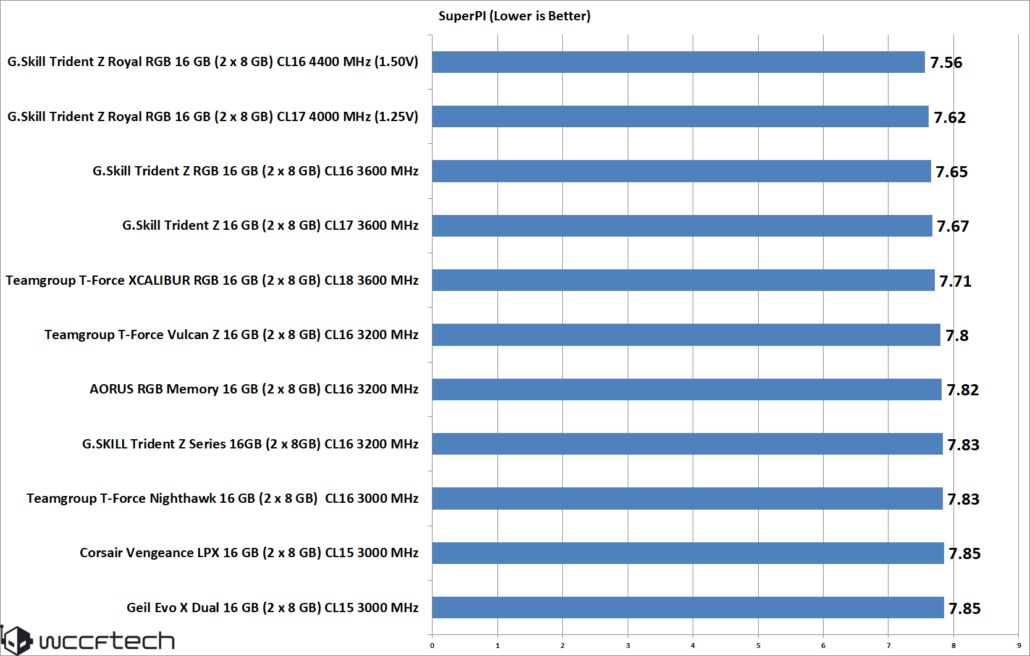 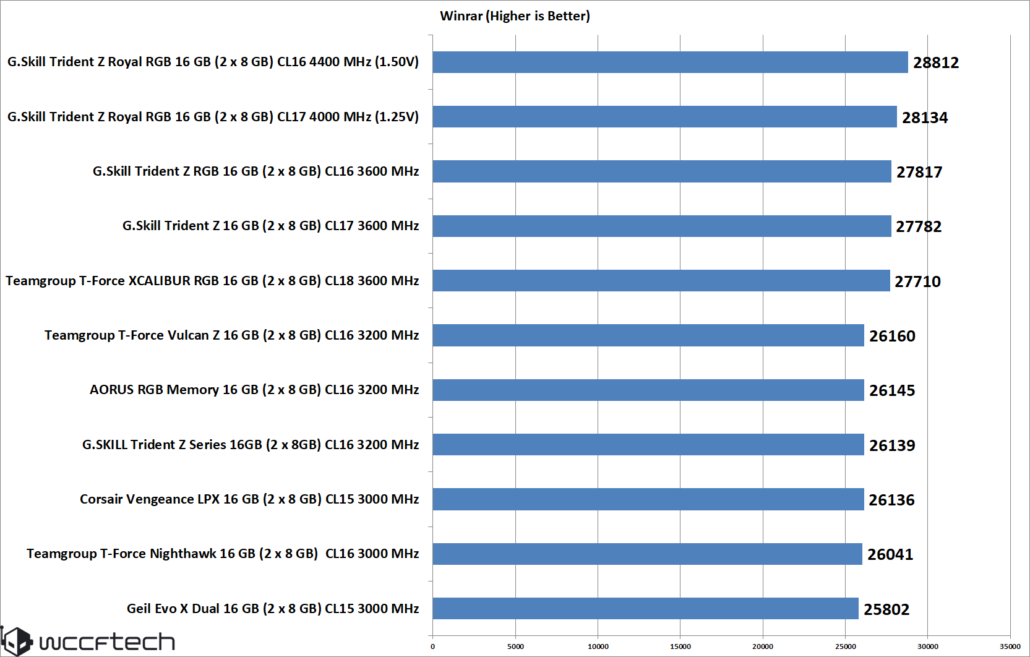 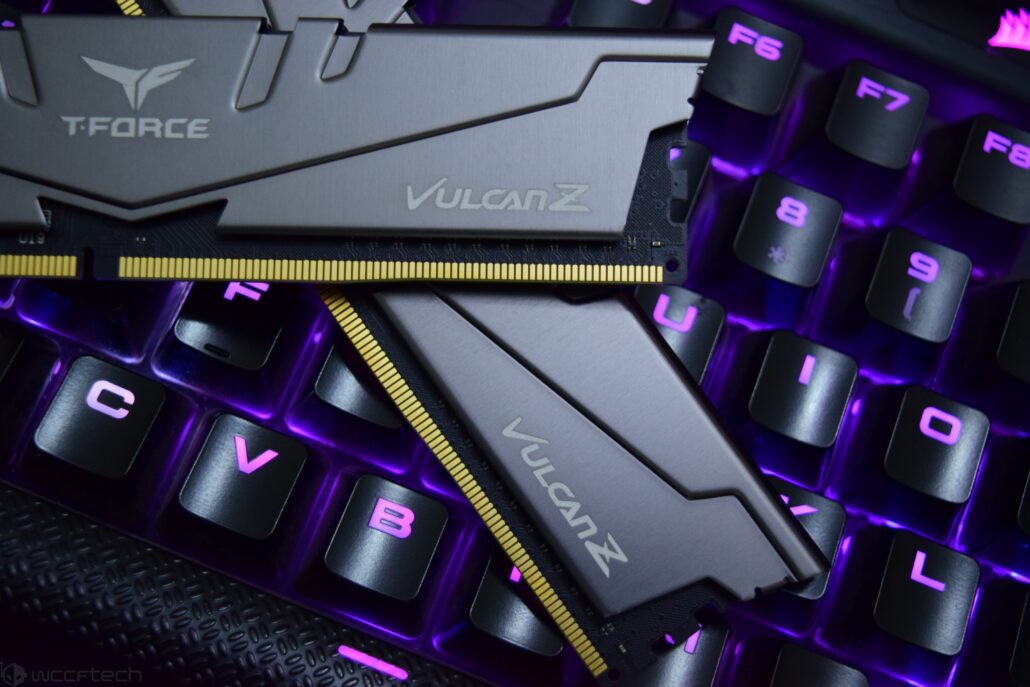 In terms of performance, you are looking at a standard 16 GB kit with XMP 2.0 support that runs at 3200 MHz with CL16 timings. You'd mostly get the average kit performance out of the box which is solid and consistent but overclocking is pretty decent with the kit hitting 3800 MHz at 1.35 Volts. Its decent heatsink provides a good amount of cooling to the ICs on the PCB while the gray color looks great. The low profile form factor also makes this kit a great choice for small form factor builders & allows easier compatibility with larger air coolers. Overall, you can't go wrong with this $70 US kit & it gets a "Great Value" recommendation from us.

Rocking solid out of the box performance, decent overclocking capabilities and a low profile form factor that is accompanied by great aesthetics, the $70 US Teamgroup T-Force Vulcan Z 3200 MHz kit is a great choice for gaming PCs.