If you ask me about the most boring addition that one can make to their computers, I will point towards a USB. USB drives have been around for as long as I can remember, and for the most part, they have always been used for installing Windows or, sometimes, carrying files from one computer to another.

For the large part, my USB drive sits in a drawer until it is needed. Now it seems like TeamGroup wants to change that with their C212 series of USB drives. These handy little drives are available in configurations 256GB, 512GB, and 1TB.

We got our hands on the 1TB variant, and from the first look at it, I asked myself why I needed so much storage in my pocket, but then I started thinking of all the use cases this could be helpful. This little thing can store all of my PC's data without breaking a sweat.

Let's look at how the TeamGroup C212 looks like, so we can start with the review.

The USB drive looks simple. The package is what you would expect from a USB drive and the rest of the build. The red accents are there as you would expect them. But does it perform well? That's what I was interested in finding out. Below are some of the basic specs, so you know what you are getting into.

Now that we have everything out of the way, this is your standard USB drive. Nothing out of the ordinary, though. I wish there were an opening for attaching lanyards because they are always convenient for USB drives. However, that is not there.

The build quality of this USB is perhaps the only department that did not satisfy me. It is built out of a thick plastic shell, which I do not mind—however, the USB rattles. If you pick it up and shake it in your hand, it is going to rattle. Not something I would expect a high-end USB to do and not something that would bother many people. But if I am paying this much for a USB, I would expect a better build quality.

Performance is one of the most important aspects of a USB drive. I might let go of some of the other variables as long as the performance is good. TeamGroup has claimed "up to 600/500MB/s" performance for the 1TB variant, and in my testing using a couple of benchmarks, the performance did get close. The system used for testing the USB is listed below.

I used the Crystal Disk Mark 5 and AS SSD for testing combined with a real-world test of copying Assassin's Creed: Valhalla to the USB. Sadly, Samsung Magician failed to work on the drive as it would not run any benchmarks. 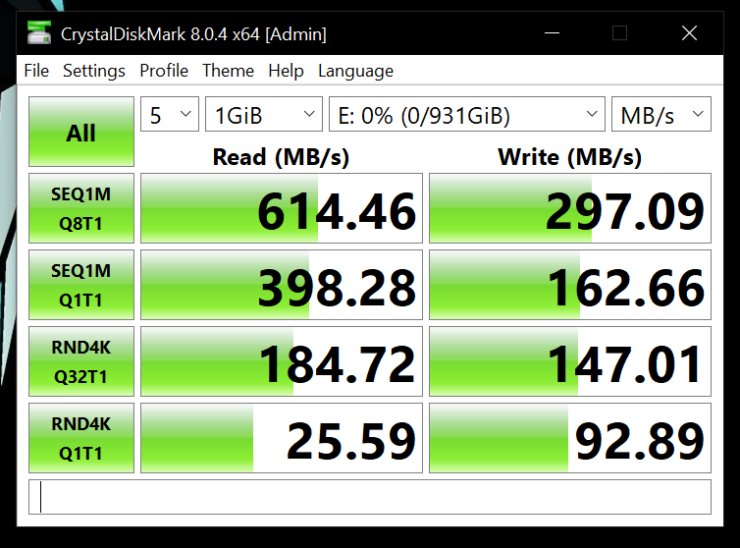 For some reason, the Crystal Disk Mark 5 failed to get the write speeds as high as advertised. I tried testing it on several USB ports on the motherboard, and the results only deteriorated from that point.

With that said, AS SSD posted results closer to the actual specification shared by TeamGroup, but in those results, the read speed was not as high. Have a look. 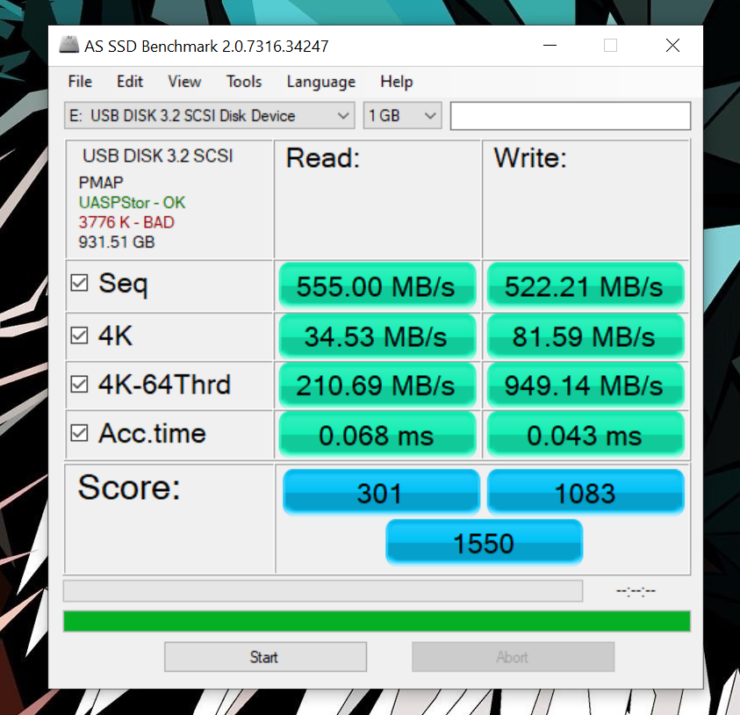 AS SSD's results were more realistic as compared to the results, Crystal Disk Mark 5 posted. However, a real-world test would make more sense. That is why I decided to paste the entire Assassin's Creed Valhalla folder (122GB) into the USB to see how long it would take. 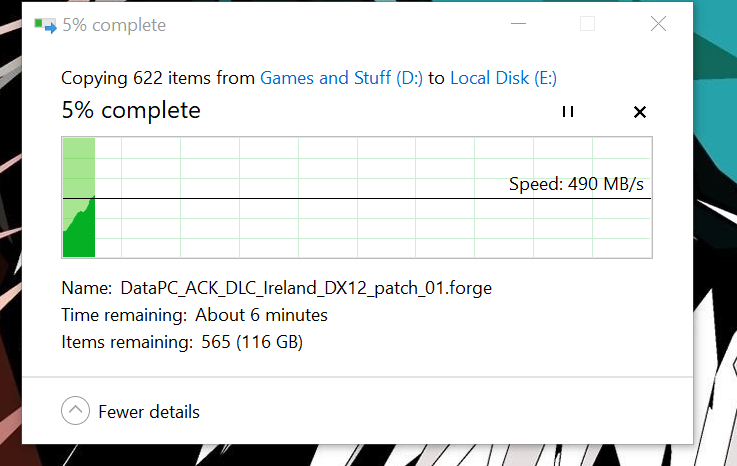 The entire Assassin's Creed: Valhalla folder was copied in 12 minutes and 48 seconds, and this is a speed I can get behind. The folder contained large and small files; it made more sense to use it as a testing example. Your mileage may vary based on the files you are trying to copy.

The TeamGroup C212 is no doubt an impressive USB. It is fast, inexpensive regardless of the configuration you are getting. With a 1TB variant, you can pretty much carry whatever you want and offload your data quickly, thanks to incredible speeds.

My only real issue with this otherwise fantastic USB is that the build quality does not match the USB price. It feels cheap, and if you have big hands as I do, you might as well spend some time wondering if you are going to break the USB by accident.

If you are strictly looking for a USB that performs good, this is a great option that you should invest in, and you will not be disappointed.