If the specifications of the Cardea II TUF seem similar to the normal Cardea II then that's easy to explain since the only surface difference in them is the color palette swap from red to black with the addition of the TUF Gaming Alliance screen print. Both versions of the drives carry a 5-year product warranty showing Team Group stands behind their products. The T-Force Cardea II TUF Gaming Alliance SSDs come in two sizes, a 512GB and a 1TB priced at $72.99 and $139.99 respectively.

The packaging of the T-Force Cardea II TUF Gaming is quite an eye-catching and colorful design. But, it's not just pomp and circumstance as they've packed some useful information on the box as well. The front of the box carries a lot of marketing hype with the advertized 15% cool down thanks to the included heatsink, support for S.M.A.R.T, and TRIM. The back features details worthy of praise as so many SSD makers hide this information; You'll find interface information (PCIe 3.0 x4 NVMe 1.3), Voltage, Operating temperatures, AND Crystal Disk Mark information for both drives. Technically you'll get information for all THREE Cardea II drives since they list the 256GB model in there as well.

The drive itself is a fairly standard affair. I could complain that Team Group used a blue PCB on the drives that are kind of a moot complaint as it's covered by a robust black heatsink that manages to not come off overly flashy. The heatsink is quite functional and is clearly designed to sincerely dissipate heat and not just act as a showpiece to boost your ego.

There is cause for concern, however. The heatsink is quite tall and if it's installed in a location behind the primary GPU and not above it on the motherboard it could pose itself to be problematic. There is a solution here, but it kinda defeats the reasoning for picking this particular drive, remove the heatsink. Removing the heatsink is possible and it isn't hard to do, but if you have to do that in order to use it then you really should consider saving a few bucks and looking at another drive.

The Team Group T-Force Cardea II TUF Gaming Alliance SSD 1TB version comes in right about where it should in terms of performance for the money. There are a lot of options in this price range so you'll want to consider your options carefully. The heatsink does it's job as in our testing the driver never came out of the 35-39C range under heavy load on an open test bench. Now, that shouldn't necessarily make you jump over the moon as there is a range where the flash memory operates optimally, so we tried it without the heatsink to see how it fared on the claims of 15% lower and it came in around 52C, so looks like their claims of the heatsink's functionality is working. Put that in long term use inside a case and those numbers should keep the flash in peak thermal range for functionality.

But at $139.99 you do have access to a decently quick PCIe 3.0 NVMe drive that will deliver consistently good performance and the added benefit, both aesthetically and functionally, of having an included heatsink. BUT, if your motherboard has it's own heatsink or you're going to have to remove it to fit under a graphics card, you might want to look at saving a few bucks on a different drive. 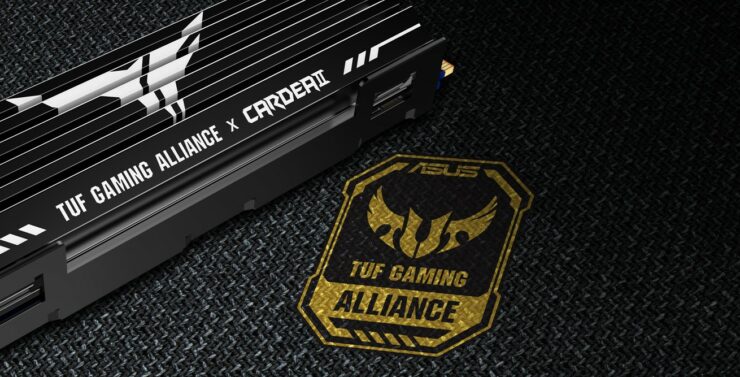 A solid entry into the Gen 3.0 NVMe market with a great heatsink, but be wary it might be too tall in some instances.