Stray is certainly a game that grabs your attention. The core concept of a cat exploring a dark Blade-Runner-esque post-apocalyptic world is intriguing, and the game’s vivid, ultra-detailed presentation is pretty astounding considering this game’s the work of a small first-time studio. It’s no surprise Stray immediately jumped to the top of many people’s “Most Anticipated Indies” list.

That said, you can’t get by on cuteness alone. All too often, indies with punchy concepts and stylish visuals don’t actually deliver where it counts (namely, gameplay). Publisher Annapurna Interactive has a particularly mixed track record with these sorts of slick medium-budget indies. So, is Stray the cat’s meow or about as appealing as the “presents” your feline friend leaves on your back doorstep? Time for a quick catwalk through the pros and cons…

Stray Ray Tracing Can Be Enabled Through DX12, But It’s Hugely Taxing

Stray casts players as an orange tabby that lives amongst the overgrown remnants of human civilization left behind following some sort of apocalyptic event. Unfortunately, while out doing cat things with his cat buddies, our fuzzy hero falls into an underground city populated by shabby abandoned helper bots who have achieved some sort of sentience. Your simple goal is to return to the surface and reunite with your band of furry friends. Thankfully, a decent number of the robots you encounter share the same goal of escaping the sunless depths.

Stray’s mechanics aren’t terribly complex (you are just a cat, after all). Focusing on a surface you’re allowed to walk on will bring up a prompt and you can then jump to it with a push of the X button. This is not a skill-based platformer -- there’s no risk of misjudging your jump or falling your death. The challenge is in exploring your surroundings and finding the right path forward. Controls are responsive, and once you accept that this isn’t a hardcore platformer, navigating the game’s world is satisfying in its own right.

While this simple brand of exploration-based platforming remains at the core of Stray throughout, things start to open up once you meet B-12, a small floating robot with a mysterious connection to one of the last human scientists to expire. B-12 also wants to blow this pop stand, so you and the robot team up to get to the surface. In practice, this is a clever way to allow the player to talk to other characters, open doors, operate certain machinery, and do other things an animal with a brain the size of an apricot and no opposable thumbs wouldn’t be able to on their own.

Once B-12 is by your side, Stray quickly begins introducing more open areas and tinkering with different genres and styles of gameplay. The game throws a surprising amount at you – at times, Stray resembles a classic adventure game with numerous characters to talk to and inventory-based puzzles to solve, other times it’s a stealth action game with boxes to hide in ala Metal Gear Solid and elaborate chase sequences. There are even Naughty-Dog-style sections where you have to team up with an AI co-op partner.

You may be concerned that this is a “Jack of all trades, master of none” situation, but Stray boasts a pretty good batting average. Only one stretch of the game, which tasks the player with actively fighting back against swarms of little crawly enemies with a blacklight gun, drags a bit. This section isn’t bad, it’s just not as good as the rest of the game. Thankfully, it’s over relatively briefly. More action-driven sections return later in the game, but by then, the focus is more on stealth and environmental puzzles, which is arguably a better fit for Stray’s core concept and mechanics.

Ultimately, while your mileage may vary, I most enjoyed Stray during its more relaxed adventure-game-style chapters that see you exploring a pair of bustling robot neighborhoods. The puzzles in these sections follow a certain obscure old-school logic and the game doesn’t always provide you with a ton of explicit guidance, but you shouldn’t get too frustrated figuring things out, as these areas are relatively small. They’re also very fun to explore. The level of lavish detail found in this game’s world is kind of astounding. Everywhere you go is packed with minutia specific to this mechanized world and the particular robot characters that inhabit the apartment, store, bar, or area you’re exploring. Secrets can be found around every corner, some of which you can collect for the sake of unlocking achievements, some of which are just there for your edification.

All of this is brought to life with some truly gorgeous visuals. Again, it’s kind of amazing what’s been achieved here given Stray was made by a core team of around a dozen people. Every inch of this game is bursting with color, detail, and loving little touches. Stray doesn’t feature ray tracing yet, but its reflections are impressive nonetheless, and while it's unclear if HDR is supported, colors popped as brightly on my TV as many games that officially advertise the feature. Of course, it goes without saying that Stray’s feline protagonist is a star, thanks to wonderfully nuanced true-to-life animations. Levels are also packed with all manner of fun little interactive touches – knock bottles off ledges, interrupt a mahjong game, or curl up in one of the game’s many cozy napping spots.

It’s been some time since I’ve played a game that so vividly brought its world to life. At times Stray even puts the likes of Naughty Dog and other AAA giants to shame. It’s too bad I couldn’t stay in this darkly-beautiful world just a little longer, as Stray can be finished in around 6 hours (add another couple if you want to clean up all the collectibles). I’ll admit, I was left wanting more, but in this case, I think that’s a compliment. I suspect I’ll be visiting Stray’s dystopian alleys and rooftops again.

This review was based on a PS5 copy of Stray provided by publisher Annapurna Interactive. You can pre-order a copy of the game here. 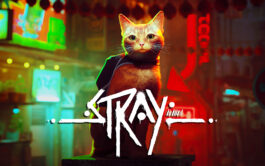 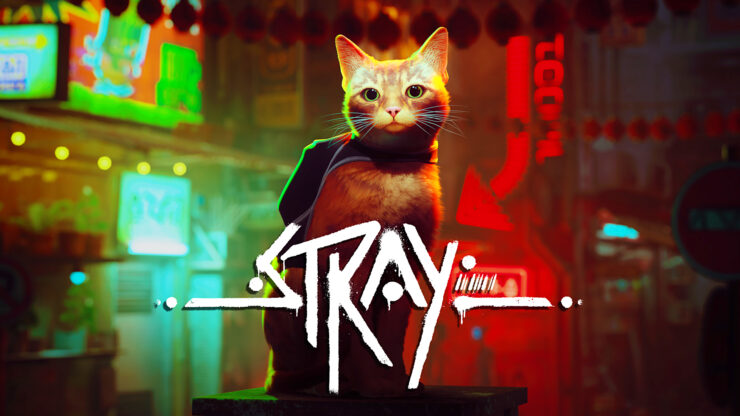 Stray may be small and scrappy, but it’s also beautiful, lovingly crafted, and bounds from one genre and play style to the next with impressive grace. Even cat skeptics ought to be won over by the game, so don’t be afraid to invite this Stray in from the cold.

Stray Modder Puts Your Cat in the Game for a Fee, Though There’s a Waiting List