Stranger of Paradise: Final Fantasy Origin is one of the most surprising games released in the first few months on 2022. Revealed with a hilarious trailer where we were told the main character Jack was only interested in killing Chaos, the game turned out to be much better than most anticipated, as Team Ninja masterfully adapted some of the Final Fantasy series central mechanics like the Job system to the hardcore action gameplay Team Ninja is known for. And despite some silliness, the game also works great as a prequel to the original Final Fantasy, providing an interesting take on the lore of the first entry in the popular series.

A few months after release, Team Ninja brings back players to locations such as the Cornelia, the Chaos Shrine, Refrin Wetlands, and others with the Trials of the Dragon King DLC expansion, providing a continuation of Jack and his friend's story. A continuation that is, disappointingly, a little hit and miss.

As the Stranger of Paradise: Final Fantasy Origin - Trials of the Dragon King DLC is set after the base game events, there will be heavy spoilers from here on out, so avoid reading further if you haven't completed it yet.

The Stranger of Paradise: Final Fantasy Origin - Trials of the Dragon King expansion is a little light on the story. After getting released from the Lufenians' control, and embracing Chaos, Jack and his fellow Strangers await the coming of the real Warriors of Light. He is challenged by one who seems worthy, only to discover that he is not yet ready to take him out. Following this first confrontation, Bahamut appears on an island in the Cardian Archipelago, challenging the Strangers with his trials. By proving themselves, the Strangers will be able to learn more about Bahamut and finally confront the Warrior of Light and his fellow companions at the height of their power.

Compared to the main story, which featured a lot of very interesting twists, the Trials of the Dragon King's story is very straightforward and somewhat limited. To move the story forward, players need to unlock new conversations with Bahamut, which, in turn, unlock more new missions that must be completed at Bahamut difficulty to unlock more conversations and thus more missions. The conversations aren't particularly interesting, but at least they provide some development for the characters and the world after their release from Lufenian control.

Even when it comes to new content, Stranger of Paradise: Final Fantasy Origin - Trials of the Dragon King feels a little light, as there is only a very small amount of it, like locations and enemies. However, this isn't the expansion's biggest issue, as its overall design will put more than a few players off.

At its heart, the Trials of the Dragon King DLC isn't an expansion of Stranger of Paradise: Final Fantasy Origin as a whole but primarily of its postgame. At the end of the base game, the challenging Chaos difficulty is unlocked, pitting players against much more powerful versions of regular enemies and bosses, allowing them to choose any mission's level, up to level 300. While this doesn't sound that different from some postgame content seen in the Nioh games, it is not as good. Chaos mode is hugely unbalanced, especially when it comes to the bosses, which become capable of one-shotting the player even with the best gear available. This forces players to grind for gear with better Job Affinity to make specialized builds. Since this was optional in the base game, it wasn't a big issue when it launched, as there wasn't any Chaos mode exclusive mission. It is different for the Trials of the Dragon King DLC, as all new missions can only be played at Bahamut difficulty, which works like Chaos mode, allowing players to unlock additional mission levels with Anima Crystal. The main difference is that some enemies and bosses gain new patterns and moves, possibly making them even more challenging.

If you're coming straight from the base game, having not played Chaos Mode at all, the Trials of the Dragon King DLC will feel extremely frustrating. Sure, missions at Level 200 aren't particularly difficult, but the jump from Normal or Hard mode is vast, considering you probably haven't unlocked Jobs' level caps and haven't obtained Artifacts, extremely rare gear that comes with high Job Affinity values which are essential for making builds that make high-level Chaos and Bahamut difficulties more manageable. To be sure, bosses will still be challenging, but at least a proper build gives you a fighting chance.

In case players have no intention of playing a bit of Chaos mode before getting started on the DLC missions, Team Ninja added a new feature called Extra Mode, which can be used in both Chaos and Bahamut difficulties. In this mode, Jack will constantly be in Chaosbringer mode, which grants unlimited MP for the entire mission duration at the cost of mission rewards. Unfortunately, Extra Mode completely trivializes these missions, taking away all the fun. There's no middle ground regarding the Trials of the Dragon King DLC: you either get the full challenge or don't.

Those who loved the Stranger of Paradise: Final Fantasy Origins postgame and have mastered Chaos Mode will have fewer troubles completing the expansion, as they are ready to take on the new Bahamut difficulty. Those who felt that level 300 missions weren't that difficult can now increase mission level to 400 for the ultimate Stranger of Paradise: Final Fantasy Origins challenge. Thankfully, the expansion provides new tools for players to take on the new challenges included in it, such as three new Jobs (Pilgrim, Evoker, and Summoner) and two new classes for all Jobs that grant special effects to the Job's base ability and can be further enhanced with Rat Tails. A new weapon type, Staves, is also available, alongside new Accessories that grant Jack and the other Strangers various effects. And if you have gear with great Job Affinities but low level, you can increase its level by spending Anima Crystals at the Smithy. This extremely welcome addition should make it easier to put together certain builds. Getting high-level, high-rarity equipment and items that can be used to customize gear is also easier than ever, thanks to the new Trials that can be activated for Bahamut difficulty. These Trials are essentially additional difficulty modifiers that decrease Jack's stats, let him bring fewer Potions, and so on, but increase the Dragon Treasures obtained at the end of a mission that can be exchanged for all sorts of items. All the gameplay additions feel incredibly natural and further increase the fun that can be had Soul Bursting enemies into oblivion.

Having loved Stranger of Paradise: Final Fantasy Origins, I have enjoyed the Trials of the Dragon King expansion, but it is undeniable that it could have been much better. Mainly expanding the postgame rather than the game as a whole, the Trials of the Dragon expansion will inevitably alienate a portion of the fanbase, as there is no middle ground for the new missions. Players either buckle up and grind to prepare themselves for some very intense boss battles, or kick back, activate Extra Mode, and trivialize any challenge. A world of light and dark with feeble balance, just like the world of Stranger of Paradise: Final Fantasy Origins under the Lufenians. 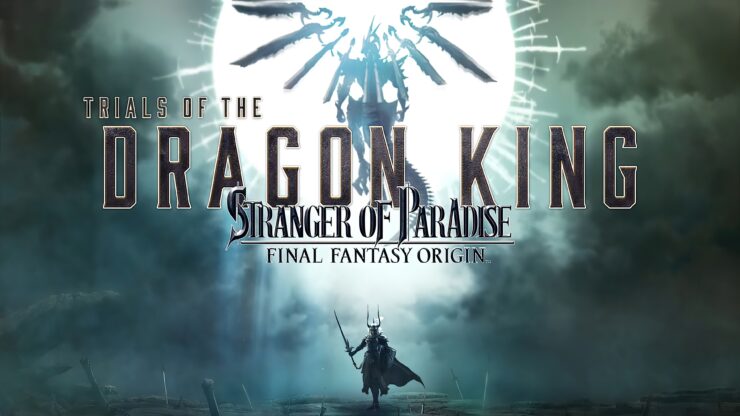 Stranger of Paradise: Final Fantasy Origins - Trials of the Dragon King is a DLC aimed at those who have played the base game beyond its ending, providing new customization options, a new difficulty setting, new difficulty modifiers and more. Beyond this, the expansion doesn't provide a lot of new story and gameplay content, making it a worthy purchase only for those who have found Chaos mode too tame, and are ready to get challenged again by the base game's foes and a few new ones.

Wo Long: Fallen Dynasty to Feature Character Creation; Gameplay Trial Coming in the Near Future