Director Justin Lin has done something incredibly rare. In the case of trilogies the third movie is always the weakest. That is not the case with Star Trek Beyond. It is stronger than Into Darkness, and dare I say, even better than the first movie.

That's because the movie, the actors and the story stopped imitating the franchise and instead becomes its own franchise. Actors like Chris Pine who plays James T. Kirk stopped imitating William Shatner's version of Kirk and starts playing his own. The same is true with all the other cast.

Justin Lin, along with writers Simon Pegg and Doug Jung, craft an original story with the heart of Star Trek. Deep space exploration, a powerful and emotional villain, and the all too familiar characters.

The movie starts off three years into the USS Enterprise's five year mission. The crew has been tested by deep space exploration not just by strange new lifeforms but by themselves. As we hear Kirk lament in the Captain's Log: "It's hard to stay grounded when even the gravity is fake." A poignant line that essentially dives into the heart of what Star Trek is about.

The crew has changed and not just from the previous movies events. They've actually been in space and experienced what its like to face new worlds and civilizations. They have settled into the routine that we saw in the various Star Trek TV shows - with several nods to the TV show mythos.

Routine, that has taken its toll on the crew who are eager to get some time off at the Yorktown. Yorktown is home to millions in space, a space station that could rival a small planet. We learn that Uhura and Spock have ended their relationship, Kirk is eager to leave the Enterprise and while the rest of the crew ease into time off, a distress signal comes from a distant nebula.

This kicks off the action straight away and right of the bat the director and writers do something shocking: they destroy the Enterprise. 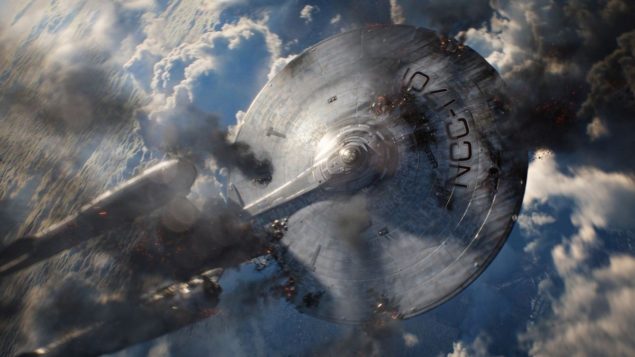 The Enterprise destroyed and the crew captured and split up across a planet, the story reeks of a lost Star Trek: The Original Series episode. Through this we get to know the crew all over again and in many cases the second act of the movie is the strongest. This movie could have very well been the first Star Trek movie (the remake).

The villain, Krall, is masterfully playd by Idris Elba. He is three-dimensional, with a purpose and believes what he's doing is right. Although dressed up in layers of make up Elba emotes well and his performance is enjoyable. It is reminiscent of the Trek villains we've seen throughout the ages.

The crew then slowly band together and escape the planet hoping to thwart Krall's evil plans. The special effects, especially the fight in space is phenomenal as are the scenes of action on the Yorktown. Never does it seem too "green screen" heavy. 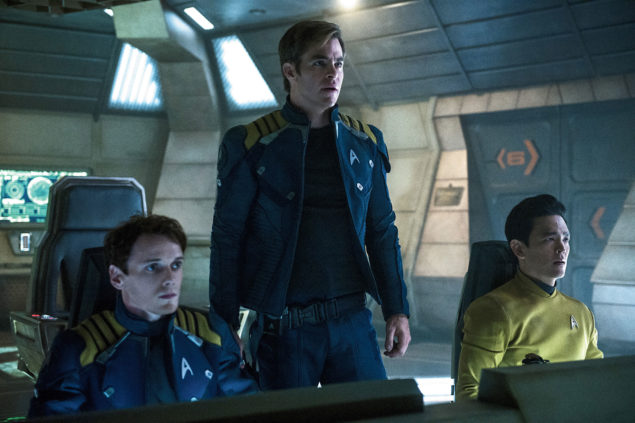 Star Trek Beyond is a non-stop action adventure set in space with familiar characters with new faces. The movie sets up an eventual fourth installment but should there be another Star Trek it will have to go Beyond this one.

See what we did there?