Song of the Deep

Games influenced by classic Metroid and Castlevania games were all the rage a few years ago, but they have been out of the spotlight for quite some time, mostly due to their complexity, which makes developing one a huge risk not always worth the effort. While the whole genre might be revitalized in the future with Koji Igarashi's Bloodstained: Ritual of the Night, there are a few other titles launching before it that can make the genre popular again, such as Insomniac Games' Song of the Deep. The game from the creators of the Ratched & Clank series definitely has all the features to rival with the most popular Metroidvania games, offering a very good mix of emotional storytelling and solid, although a bit flawed, gameplay.

Song of the Deep stars stars Merryn, a young girl who loves her father, a fisherman, and the tales he tells her about the mysteries of the sea. One day, our loving fisherman doesn't make it back home and Merryn decides to take action, building a small submarine from spare parts and venturing deep into the sea to save her father from whatever may be harming him. This is only the beginning of a magical journey that will show the power of the bond between Merryn and her father, a bond that will allow her overcome the many difficulties she will be facing under the sea.

While the narrative is one of the more prominent features of the game, the story in Song of the Deep never takes precedence over the action. The whole story is narrated with some short sequences featuring some simple yet effective drawings and excellent voice acting as well as with narration happening during actual gameplay. This storytelling style is just perfect for a game like Song of the Deep, as it doesn't break the flow of the game in any way, but instead enhances the whole experience and constantly provides context for any new location encountered or character met. The actual story isn't exactly original, to tell the truth, but it's told in a way that it's impossible not to enjoy it or be moved a little.

Where Song of the Deep truly shines, however, is in its gameplay experience. The game is a Metroidvania action adventure game at heart, with players tasked to explore a huge underwater map filled with enemies, traps, treasures and puzzles. What sets it apart from the most recent similar games is the underwater setting, which gave the team quite a lot of interesting possibilities for exploration, combat and puzzle solving. Exploration in Song of the Deep is especially satisfying thanks to the variety of situations players will have to deal with, whether it's to manipulate contraptions, move items around or interact with the underwater flora and fauna. Combat, on the other hand, isn't as well done due to physics and controls, but it gets the job done. Physics and controls do get even more in the way in puzzles, as they complicate some otherwise very simple passages, such as when players have to move explosive objects from one point to another, with the objects exploding due to the physics and not due to players' mistakes.

Being a Metroidvania game, there will be times when players won't be able to proceed past closed doors and obstacles without specific abilities. In this regard, Song of the Deep delivers fully, with a slew of tools that can also be upgraded for improved effect with money. Like for exploration, tools are quite varied, ranging from a claw to pick up objects, to searchlights, turbo boosters and different torpedo types. Upgrades can make life easier during both combat and exploration, so players are given an incentive in engaging enemies and searching every nook and cranny for treasure.. Among the available upgrades are also health upgrades, but they honestly don't feel as important as they do in other games, at least on the basic difficulty level, due to the low challenge level of most combat sequences. The fact that health regenerates automatically in its basic amount seems to suggest that developers didn't want the game to be extremely challenging, not counting some traps which can take a good chunk of health.

The Song of the Deep experience is slightly dragged down by the wonky physics, as already mentioned, and bosses definitely don't make it any better. Most of boss battles aren't terribly fun nor challenging, as it's pretty easy to figure out patterns and take them down without losing too much health. It's a shame that these features aren't as nicely crafted as the rest of the game, as Song of the Deep generally feels very good to play.

Another area where Song of the Deep shines is its presentation. The game looks very good on PlayStation 4, with the underwater environment looking incredibly detailed and alive, with some dynamic changes that are very pleasant to the eye. Unfortunately the game suffers from some frame rate drops, but thankfully they don't happen too often, so this is a minor complaint. The game's soundtrack is just as good, with some beautifully evocative pieces, which enhance the game's atmosphere immensely. The voice acting is very good as well, also thanks to competent writing, which never feels out of place and underlines the story's emotional tones.

Everything considered, the Song of the Deep's experience stays faithful to the game's name in more ways than one. The game by Insomniac does indeed feel like a melancholic yet enticing song from a time long gone, awing the listener with its grace and tales of mysteries which may not exist. In the end, it's the journey which is truly important, and the enjoyment one can get out of it. And there's plenty to be had in Song of the Deep, despite some issues here and there. 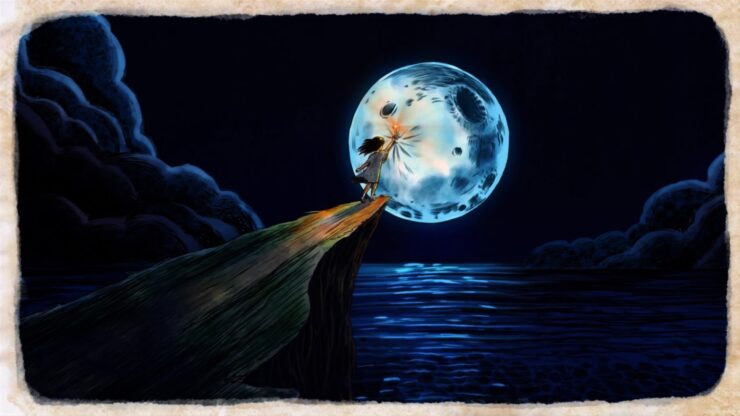 8.8
Wccftech Rating
Song of the Deep

Song of the Deep is a very nice Metroidvania game featuring a huge map to explore, plenty of secrets to discover, and a huge array of different situations and puzzles which make the experience incredibly varied. Other highlights are its beautiful presentation, seamless storytelling style and excellent soundtrack/voice acting. Some irritating puzzles, made so by physics, mediocre boss battles and a few performance hiccups are just minor issues and, thankfully, they are not enough to make this beautiful song go out of tune. Highly recommended to Metroidvania fans and to all those who enjoy well crafted experiences.