Skylake released on August 5th to quite the fanfare. It was a much anticipated CPU architecture change, being that it’s a part of a full fat tock cycle. With Skylake we have an evolution of their Core architecture, a completely new socket and the move to a new memory technology, DDR4. As with all tock iterations, we expect to see at least an appreciable increase in performance over Haswell, if not even over Broadwell. Efficiency too, is also assumed to be enhanced. 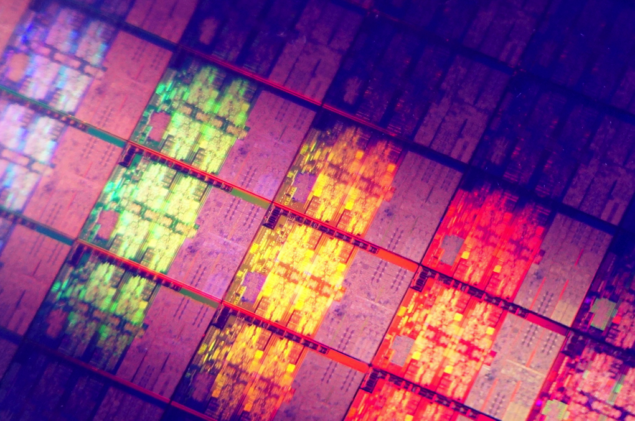 Can you see the reflection of the Sky on the Lake?

Intel, as you know, utilizes a tick-tock strategy to release and improve upon their CPU’s. This allows them to theoretically perfect a new process node before moving on to a more improved and more fresh underlying architecture. A tick is a process improvement and a tock is an architecture improvement, sometimes a completely new CPU altogether. Skylake represents a tock.

Since the introduction of the Core 2 Duo with Conroe, this strategy has proven to be very lucrative financially and in terms of actual increases in performance and efficiency. Real benefits, though sometimes not necessarily groundbreaking, have been seen in each release from 2006 until present. Thus far we’ve enjoyed a new CPU release just about every year to show off those benefits. It’s difficult as a PC hardware enthusiast to not get excited, regardless of the size of the gains.

But what exactly is Skylake, then? When compared to Haswell, we see a vastly improved microarchitecture with a better front end design, improved branch prediction capability, deeper buffers and a faster pre-fetch. Inside, the execution units have grown in number and have far less latency. This combined with a deeper out-of-order buffer and the ability to handle more queues per each thread means that we can see some substantial gains in real world applications. As Hassan explained in his Skylake i7 review, Skylake can handle 64 queued instructions per thread, up handily from Haswell's 56 per thread and substantially from Sandy Bridge's measly 28 per thread.

To communicate to the motherboard chipset, the DMI has been updated to version 3.0 that boosts the bandwidth up to 8.0 GT/s, which translates into around 3.9GB/s of throughput. Maintaining that higher speed isn't just an act of updating the interface to the faster PCIE 3, either, but requires a reworking of the motherboard to have shorter and better quality traces to maintain a steady and good signal.

Perhaps one of the most important evolutions, for the mainstream and the enthusiast, is the summarily upgraded I/O paths. The Z170 chipset is capable of supporting 26 different I/O ports without the addition of a companion chip for bolstering USB 3.0 connectivity. Haswell's Z97 was only capable of supporting up to 18 flexible I/O ports. USB 3.1 Gen 2 isn't supported, however can be added via a companion chip from the likes of ASmedia, VIA or any number of other chipset manufacturers.

In the case of even more expanded functionality, Intel has their very own Alpine Ridge chipset that can use up to four PCIE lanes to enable Thunderbolt 3, USB 3.1 Gen 2 and can even take a signal from DisplayPort and convert it into one directly compatible with HDMI.

Networking can nominally be handled by Intel's own solution, the Jacksonville based I219. This has some improvements in power consumption and energy efficiency, continuing the theme of lowering operating power that we see with introduction of Skylake. Everything else is going to be largely similar to their older I217 and I218 Ethernet chips.

Serving as the basis for our test station today is the ASRock Z170 Extreme 4, an ATX motherboard that despite being on the "lower end" of the models offered by ASRock, still manages to pack quite a few features into such a relatively small budget.

It's a rather nice looking, if understated motherboard. The black PCB combined with the subtle gold lettering adds a classy appearance. The shroud over the rear I/O panel also makes it seem a bit more premium than it's being sold as. The board itself has 10 power phases in total and features high quality Nichicon 12K platinum capacitors, designed to be able to withstand over 12,000 hours of operation at a mean temperature of 105C.

Quite frankly, it's a fantastic motherboard whose price belies the actual features present. It's a surprisingly robust and well made board too. One thing to note is the fact that the PCIE x1 slots actually aren't closed off like they traditionally are. This means that a physical x16 device can be plugged into these slots, so long as they're externally powered. This could significantly increase the expansion opportunities.

And now on to those benchmarks. First we'll take a look at some of the more benign web-based benchmarks that don't necessarily translate into real-world performance. They do, however, help us understand relative performance by giving us something to measure and compare by.

Sunspider is a JavaScript benchmark that concentrates on solving actual problems that developers and people alike will run into. It isn't supported any longer, and some OS's (of the mobile variety) seem to have historically tried to become optimized for it, skewing the results. But still, it's an interesting benchmark for the desktop CPU to run and gives us relative performance to look at.

This benchmark is a modern browser based benchmark that tests the JavaScript engine of a particular browser with a suite of tests designed around real-world examples of code. For consistencies sake Google Chrome was used as the browser tested.

And of course let's take a look at how multi-threaded performance fares.

The POV-Ray package includes detailed instructions on using the ray-tracer and creating scenes. Many great scenes are included with POV-Ray so you can start creating images immediately when you get the package.

WinRAR is a powerful archive manager. It can backup your data and reduce the size of email attachments, decompress RAR, ZIP and other files downloaded from Internet and create new archives in RAR and ZIP file format. We use the internal benchmark that compresses arbitrary data.

7-zip is a powerful archive manager. It can backup your data and reduce the size of email attachments, decompress ZIP and other files downloaded from Internet and create new archives in 7zip and ZIP file format. We use the internal benchmark and set the dictionary size to 32MB. 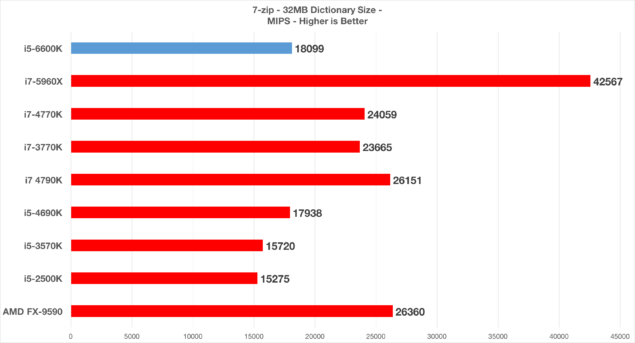 SiSoft Sandra 2015 is a performance benchmark that's able to simulate many different math heavy operations in order to test the viability and performance of an entire system. In this particular case we use the simple arithmetic benchmark that makes heavy use of both FP32 and FP64 mathematic operations to test the pipeline appropriately. The single-threaded benchmark is used to show generational differences.

AIDA64 Extreme is a streamlined Windows diagnostic and benchmarking software for home users. AIDA64 Extreme provides a wide range of features to assist in overclocking, hardware error diagnosis, stress testing, and sensor monitoring. It has unique capabilities to assess the performance of the processor, system memory, and disk drives. Here we want to test the memory read and write capability relative to last generation, to see if DDR4 really is a big step up in performance for the mainstream processor.

Skylakes introduction of the Gen9 graphics platform is important for a few reasons. First of all, it supports DirectX 12, which is vital going into the future of gaming. It also supports OpenCL 2.0, OpenGL 4.2 and of course OpenGL ES as well.

For these, we've decided to use Shadow of Mordor and Grand Theft Auto V, two largely platform agnostic game that can do good with any manufacturers GPU and seem to be fairly well developed on the lowest levels. The internal benchmarks were used to capture the performance. For obvious reasons, we didn't test at 4K or even 1440P, as that would not be productive and certainly isn't what even the newest Skylake IGP is made for, as potent as it may be.

As we can see from the results, generationally speaking, it's not necessarily a huge increase in performance compared to Haswell. When looking at the Ivy Bridge's Gen7 GPU, however, we see a large enough increase to have playable framerates at a decent resolution. Certainly, despite the low effects settings, it can provide a moderate experience for those waiting to upgrade their GPU and relying on the integrated solution. Gen9 is evolutionary, though the HD 530 example inside of the K series of Skylake chips isn't necessarily going to be groundbreaking.

Power consumption, then, is indeed improved from a whole system standpoint. Though adding in a GPU can significantly increase the load, as expected. Efficiency, however, is indeed rather improved considering the performance per watt used.

First of all, the ASRock Z170 Extreme 4 has proven to be a very stable motherboard, with good looks to match. It's inexpensive considering the functionality you'll gain. ASRock might be known as the 'budget' brand, but they certainly don't actually skimp on quality or perceived value.

Skylake may not be quite the exponential tock that we were looking for, but the increase in performance and efficiency at the same time do provide a very compelling upgrade. The newest FinFET process node has proven to be a valuable resource for Intel, though perhaps the 14nm process isn't quite as ground-breaking as they had hoped. But combined with the platform upgrade with the Z170 and DDR4, we have a platform that might be a worthy upgrade for those not currently on a Haswell based chip.

But those still enjoying an Ivy Bridge based processor or below might see a more substantial increase in performance, not to mention efficiency. That ~10-20% increase in IPC on average could be very compelling indeed.

The real intriguing bit will be just how well it can overclock and whether the i5-6600K can provide even better performance increases as a result. That portion of the review will be for later, as we have a much better cooler that should be capable of keeping it at a much more stable temperature. 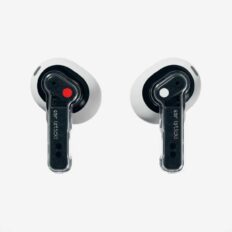 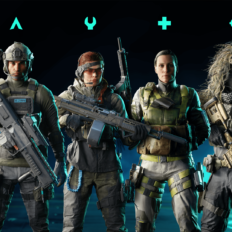 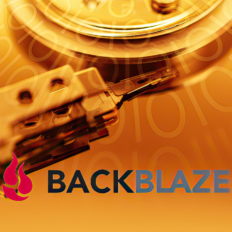 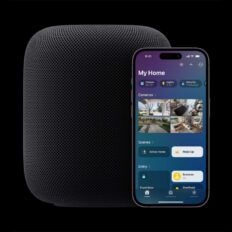