SK Hynix is far from a newcomer in the storage space but it has been quite some time since they've had an offering in the consumer SSD lineup. They've been fairly involved in the OEM market, even with my Acer Aspire 5 having an SK Hynix 256GB M.2 SATA drive, but today is all about their new SK Hynix Gold S31 SSD.  The South Korean semiconductor manufacturer has brought this lineup to the market in a 240GB, 500GB, and 1TB flavors with reasonable pricing. When it comes to NAND and Controllers we're talking 100% in house, no sourcing from others here and that means they have greater control on consistency and quality, it also lessens the likelihood that in six months  you'll find they switch controllers or flash like we've seen happen in the past with other SSD vendors.

The packaging for the Gold S31 is solid, you feel like you're getting a premium product here and not a piece of plastic in a toy blister pack. This is a nice change since often 2.5" SSDs are treated as a basic commodity. The casing of the SSD itself is also premium in build quality when most of the competitors in this range are shipping out entirely black plastic cased SSDs with a sticker slapped on the S31 is a nice weighty metal.

The interior of the SSD is easy to access by using a spudger to pop the cover off and reveals the entire in-house designed PCB, controller, DRAM package, and 3D-NAND flash with a 512GB module on both sides.

Our test bench is now using the EVGA Z370 Classified K paired with an Intel Core i9-9900K at 5GHz paired with 16GB DDR4 3200 RAM and decided to go sans dedicated GPU. The reasoning for this is simple as I had to remove the GPU to access the secondary m.2 slot so that I could run the tests.  Before starting the tests I loaded the NVMe drive up to 60% capacity so that the testing would not be run on a clean empty drive. 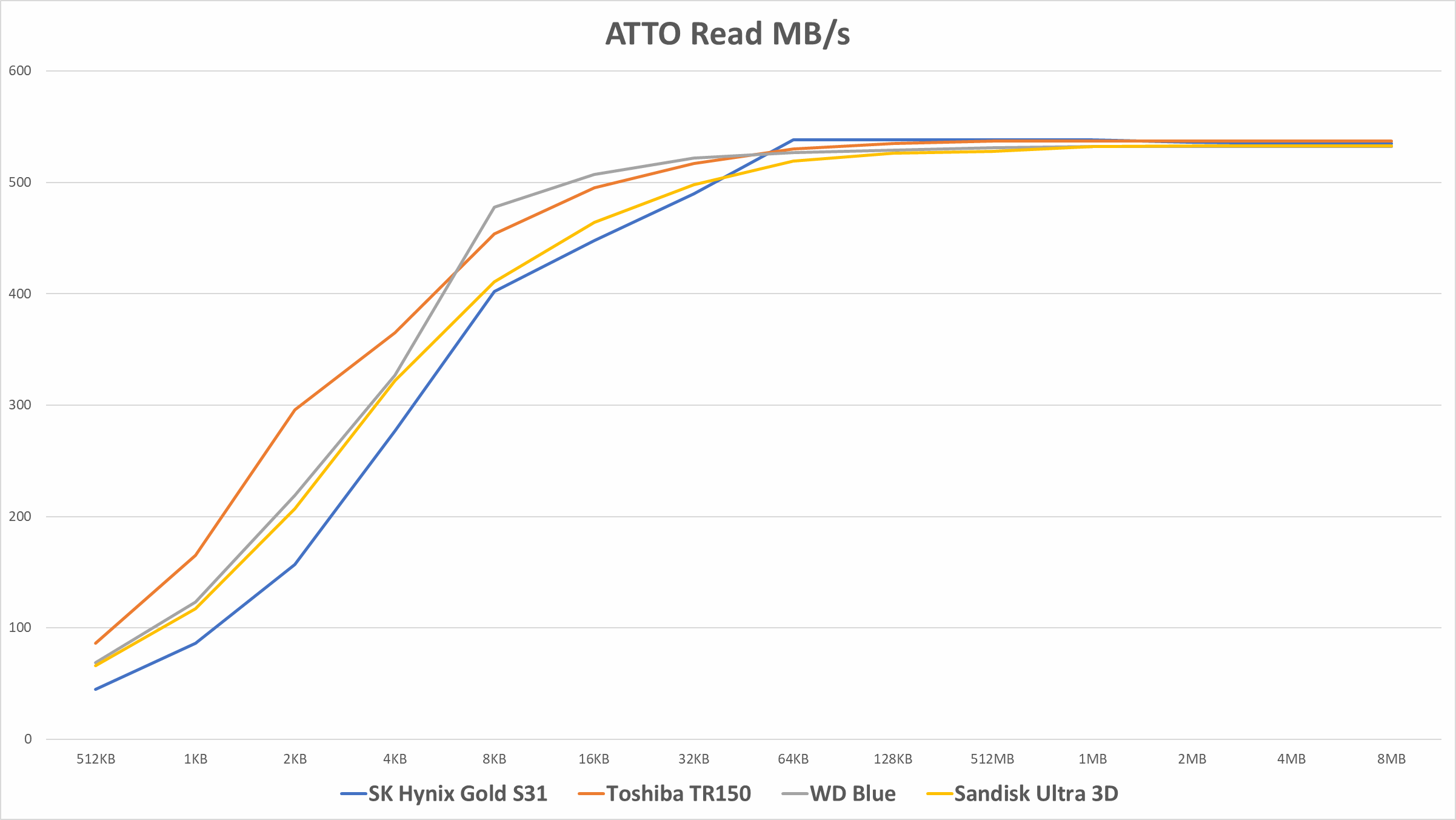 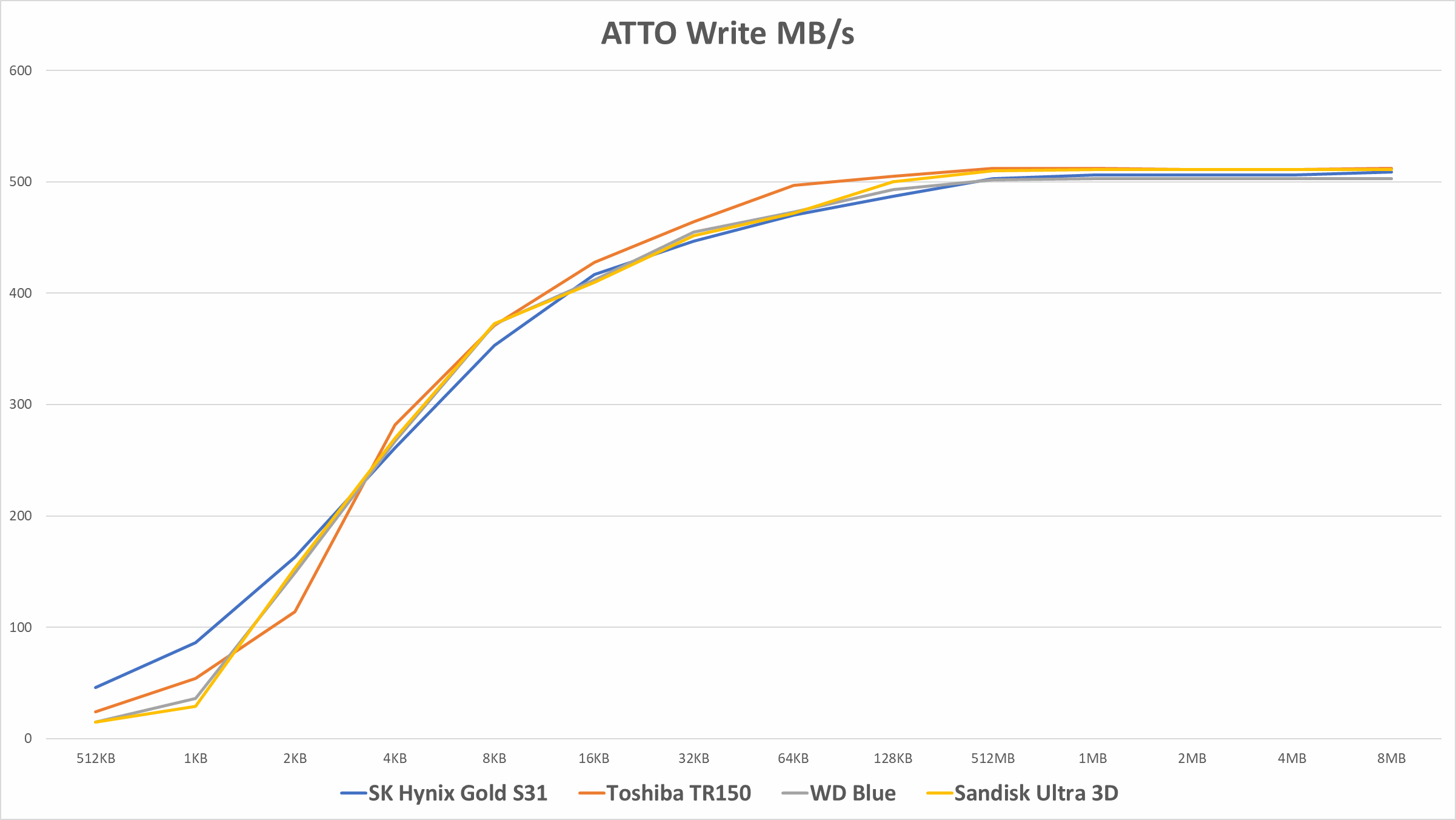 It is extremely easy to dismiss the traditional 2.5" form factor SATA SSDs with the recent price drops of M.2 SATA and NVMe drives to the point that price parity exists between the form factors. When given the chance I would go NVMe every time, but that's not always an option as M.2 slots are often limited to one or two at the most.  Older systems, OEM upgrades, and laptops are great candidates for this 2.5" drive. Another instance is if you have an NVMe drive already and need to expand the storage but do not want to deal with the slow-moving spinning rust then you're in luck. The SK Hynix Gold S31 SSD is right on the heels of other comparably priced consumer SSDs and manages very consistent performance. What stands to set the Gold S31 apart from the competition is SK Hynix's claim on reliability with a rated 1.5 million hours mean time between failures and 600 terabytes written longevity but still carries the relatively common 5-year warranty.  While the SK Hynix Gold S31 doesn't break any records and performs in line with competing SSDs it does offer a solid product with a welcome aesthetic for those who want to show off their SSD with flare. The Gold S31 is a solid and welcome addition to the selection pool and worthy of consideration if it is within your budget range for a 2.5" SSD. 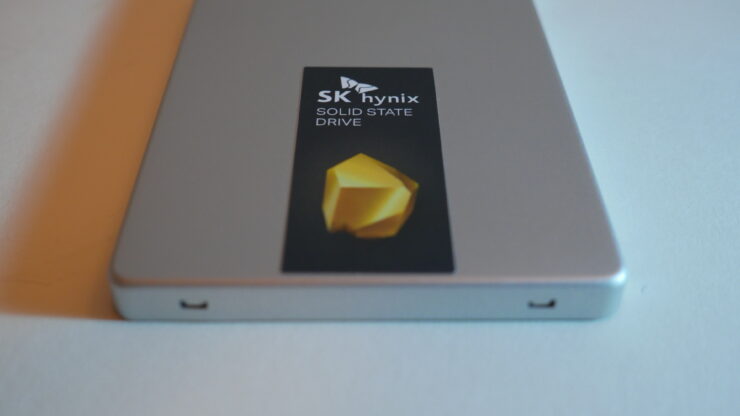 The SK Hynix Gold S31 is a solid and welcome addition to the selection pool and worthy of consideration if it is within your budget range for a 2.5" SSD.