Silicon  Power X-Power Zenith RGB line of DDR4 memory brings speed and looks to a more affordable price point making it more accessible for today's custom builder and gamer. Sporting a very attractive heatsink arrangement that allows the kits to be able to drop in most any build without impacting the aesthetics. If that isn't enough in the looks department then you should be covered by the addition of integrated addressable RGB lighting on the top of the memory modules. While the kits range in capacity from a DDR4 3200 single 8GB stick up to a dual DDR4 3600 16GB kit we were sent the 32GB DDR4 3600 kit that comprises of dual 16GB modules. The kit carries an MSRP of $203US.

Packaging for the Zenith RGB is rather lackluster and completely void of useful information. This is quite honestly one of the only two real issues I have with the kit, but both are revolving around the transparency of components. However, this is a more entry-level price point kit so it's understandable to a degree.

The modules themselves are quite attractive with a nice finish that will fit right into most any custom build's aesthetic. The aluminum heatsink also carries the X-Power logo on the side as well, even though you won't really be seeing that one much.

The label on the DIMMs is the only indicator of what you're getting into and all you're going to get out of that label is the speed of DDR4 3600 CL18 as well as the serial number.

Silicon Power is indeed proud of its X-Power logo as they've made sure to include it on the top side of the RGB diffuser, but it works out well enough there.

The lighting is effective but the diffuser could use some work as you can easily tell where the LEDs are in the module, resulting in a less than smooth transition between colors and a more spotted coverage of color. Control is handled by your motherboards software with no extra software for the memory itself. 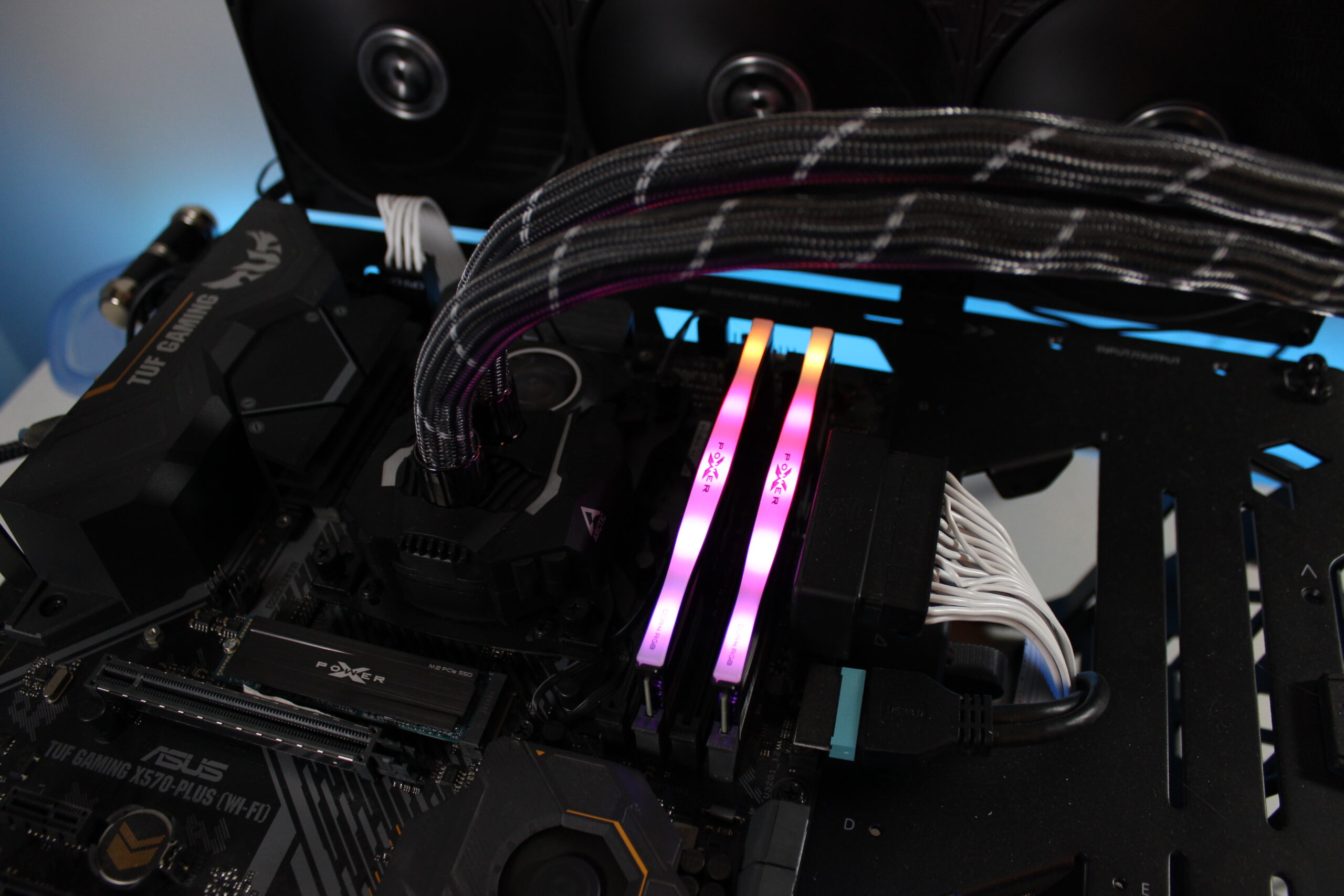 The Silicon Power X-Power Zenith RGB 32GB DDR4 3600 CL18 memory kit is clearly using Hynix memory modules but it's unclear just which ones; MFR? AFR? CJR? Who knows because Thaiphoon Burner nor any other software seems to know either. But performance should be typical for the speeds and stats of this kit, so lets find out.

Our Memory test bench is based on the ASUS TUF Gaming X570 Pro-Plus and a Ryzen 9 3900X with a T-Force Cardea PCIe Gen 4.0 NVMe storage drive. Our tests are primarily synthetic tests based on real-world memory-intensive programs from Aida64 for measurements to compression/decompression workloads.

7-Zip is a very popular and free compression/decompression software tool that is used to zip and unzip files. We tested

The Silicon Power X-Power Zenith RGB 32GB DDR4 3600 CL18 memory kit isn't going to knock your socks off, but it's not going to rob you blind either. Capacity, speed, and stability is what this kit has going on. The less aggressive timings makes it much more friendly for a wide variety of systems to be able to run it full speed, even my tempermental Core i9 9900K on a Z370 board had no issues running it wide open.

But that doesn't give them a pass for missing information on the packaging and the lack of transparency on the modules used. The problem with this is that it leaves the setup open for manipulation in the future, something I would hope Silicon Power wouldn't do. But as it stands they're a solid kit of ram with little to worry about. 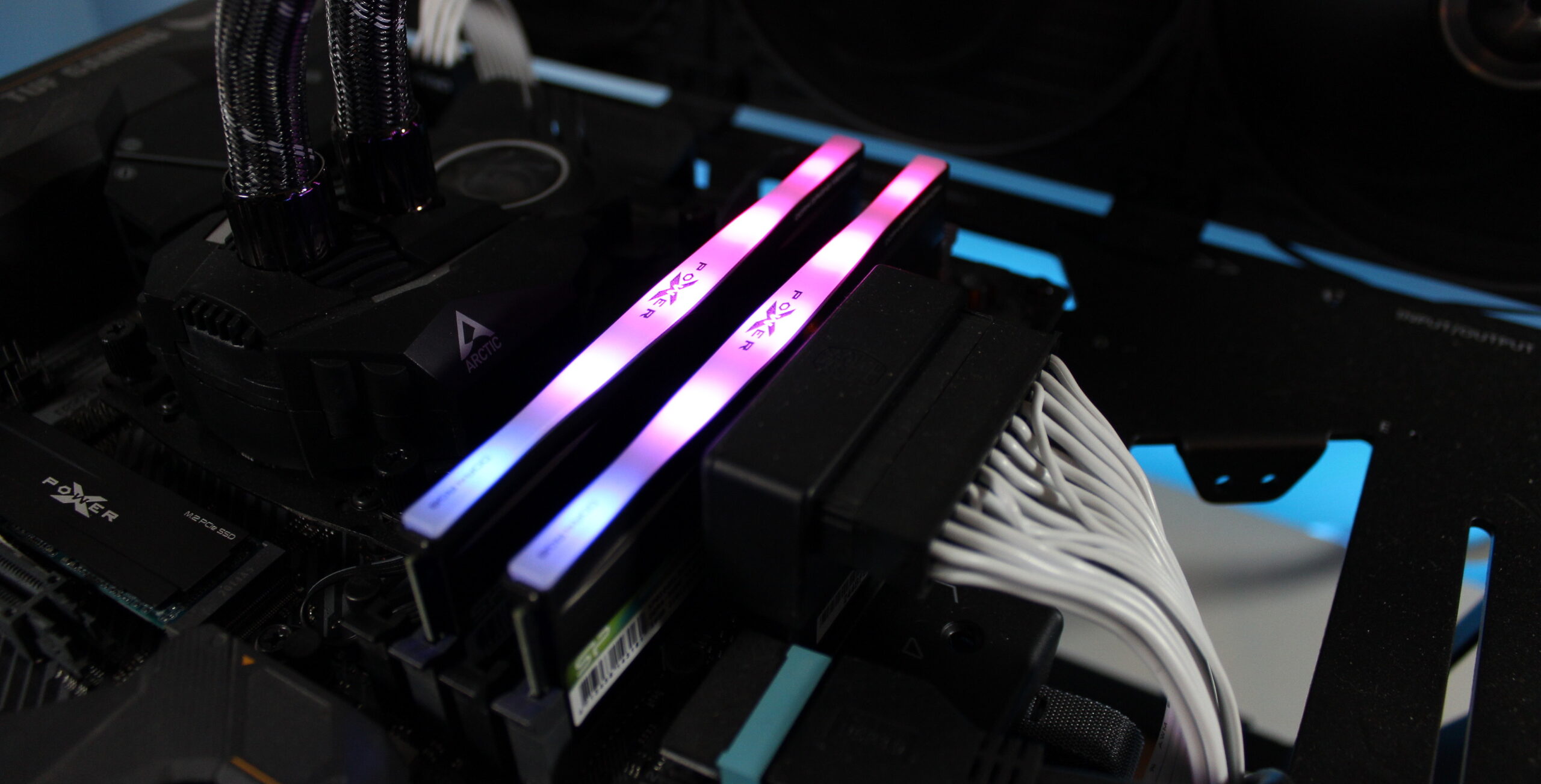