Everybody loves a good mashup and Ship of Fools from Canadian indie developer Fika Productions combines two of today’s most popular indie obsessions, namely roguelites and relationship-fraying couch co-op games like Overcooked and Moving Out (perhaps unsurprisingly, all the games mentioned in the above paragraph are published by Team17).

The concept certainly sounds seaworthy, but of course, two good things don’t always combine to make something better (or even as good). Is Ship of Fools a rollicking nautical romp, or do rogue-ish elements and party-style co-op prove to be mismatched crewmates? Grab your pirate hat and some dramamine, it’s time to hit the high seas…

Season: A Letter to the Future Locks Down a January Release Date, Demo Available Now

Ship of Fools begins with you (and likely a friend) washing up on the shores of the Great Lighthouse. Of course, as is usually the case with folks who wash ashore on mysterious beaches, you have amnesia, but you soon learn the Aquapocalypse has plunged the surrounding Archipelago into darkness and chaos. It’s up to the Fools (an ever-growing band of hapless fishy and froggy creatures you can switch between freely) to battle through the scaly creatures and bosses infesting the seas to restart the Great Lighthouse.

Ship of Fools follows a fairly standard roguelite structure. The game doesn’t require you to do any actual sailing; you simply choose your path through each sector using a hex-based map. Icons clearly mark what you can expect from each hex, including treasure chests, powerful cursed objects, shops, gold, shields to reinforce your hull, and more. There’s a certain strategy to plotting your course, as hexes that promise boards you need to repair your boat, shields, or treasure may seem enticing, but they often come with particularly difficult waves of enemies. Turn-by-turn the map is also overtaken by the Everlasting Storm, which takes you directly to the sector’s boss if you enter it. Choosing when to enter the storm is an important decision that can determine the success or failure of your run.

When you die (and you’ll die often), it’s back to the Great Lighthouse without any of your collected items or money, although you do get to keep magical tendrils you can use to permanently upgrade your ship and weapons. You’ll also encounter new Fools and various shopkeepers on your voyages who will return to lively up the island the Great Lighthouse sits on.

The action is simple enough when you’re out on your ship, bringing to mind the multiplayer task management of games like Overcooked. Your ship always sits horizontally in the middle of the screen with waves of enemies approaching from your port and starboard. Your means for fighting back include two cannons you can reposition to one of several mounts and a melee attack, which can be used to deflect projectiles or pummel baddies that get too close to your ship. Controls take a bit of getting used to – while Ship of Fools may feel a bit like Overcooked, it isn’t as immediately accessible – but they work well enough once you get used to them.

Your ship also has a limited number of pedestals that allow you to store things like boards to repair your ship, buff-providing items, and different ammo types for the duration of your current run. Ship of Fools boasts over 100 items, ranging from relatively mundane stuff like a pirate hook that increases your damage to a chicken that lays explosive eggs you can load into your cannon. Usually, you’ll get these items from treasure chests or stores, but you also have a limited number of harpoons, which can be used to grab important items that sometimes float by. Getting the right mix of items and ammo is usually the key to putting together a good run.

Overall, Ship of Fools’ action is just deep enough to be compelling, with enemy waves well-designed to force you and your partner to choose roles. If one person is shooting, it’s often best if the other is deflecting projectiles or perhaps loading cannons and fixing damages. While online play is offered, this is really the type of game that’s at its best when you’re sitting two feet from your teammate (so you can elbow them when they screw up). Ship of Fools can also be played on your own, and as Fika’s co-founder explained in our recent interview, adjustments have been made for loners. You’re given an auto-firing cannon to compensate for the lack of a second player and enemy waves are less intense. It all works well enough, and I had about as much success playing on my own as with a partner, but was it as fun? Definitely not. Solo accommodations aside, this is still a co-op game at heart.

Taken individually, Ship of Fools’ roguelite mechanics and action are solid, if perhaps slightly shallow. Unfortunately, the two sides don’t really complement each other. While some roguelites take it easy on players, letting them start from the last boss they defeated or take advantage of shortcuts when they die, Ship of Fools sends you right back to the Great Lighthouse every single time. And sure, plenty of roguelites kick you back to square one each time you die, but the best ones, like Hades and Dead Cells, do a lot to make each run feel unique and surprising. Ship of Fools doesn’t. Aside from random items and ammo, it’s always the same small ship, the same enemies, and the same bosses. While Ship of Fools’ cartoon visuals can be charming, the devs made the odd choice to give the first sector you’ll play through incessantly an unappealing swamp theme. Before too long, your repeated voyages start to feel a bit monotonous.

While a more generous approach to progression would likely help Ship of Fools, I suspect it won’t happen. There just isn’t a whole lot of content here -- only four sectors in total -- so everything needs to be stretched as far as it will go. In the end, Ship of Fools just never feels like it ventures out of the shallow end.

This review was based on a PS5 copy of Ship of Fools provided by publisher Team17. 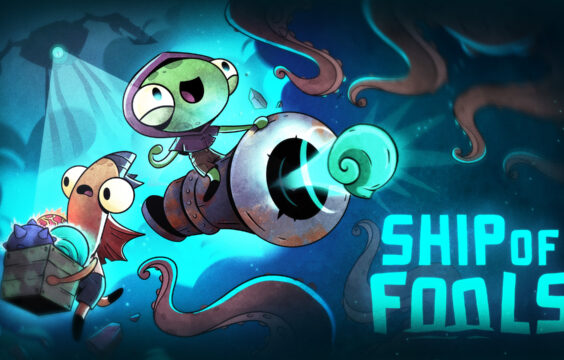 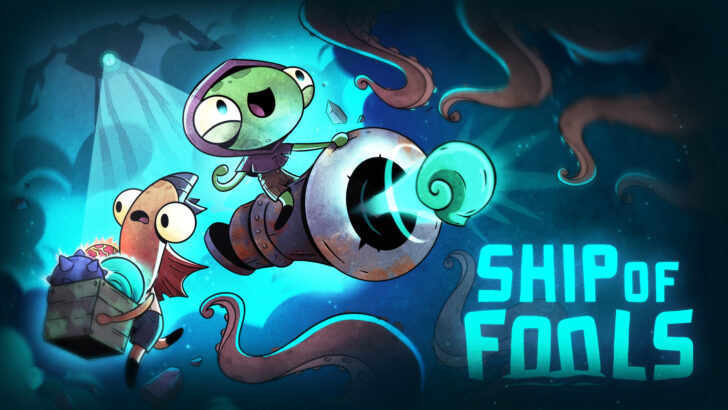 Ship of Fools offers some spirited couch co-op fun and could be a good way to introduce the concept of roguelites to more casual players. Unfortunately, a lack of variety and depth eventually pokes holes in this boat’s hull. Don't be afraid to pick up Ship of Fools if you’re just looking for a pleasure cruise with friends, but you shouldn't expect an epic sea odyssey.