I have tried and tested a lot of headphones over the years and there is always some metric that they will fail to meet. When Sennheiser told us they wanted to send us a review unit for the GSP 670, we knew this would be a headphone that meant business and let's just say we weren't disappointed. Sennheiser has positioned itself as a leader in the luxury headset space and this is part of their ongoing efforts to make a name for themselves in the gaming market as well. Needless to say, this headset isn't going to be cheap - its a Sennheiser after all.

I don't think there is anyone in the headphone market that has not heard of Sennheiser at least once. Premium and expense are synonymous when it comes to this company and unlike most others, it operates on a philosophy of its own making, completely ignoring mass-market traditions. To customers of Sennheiser, this is a very good thing, because this is a company that will not compromise an inch on quality even if it means driving the MSRP significantly. The Sennheiser GSP 670 is no different. It comes in a standard box with a straightforward design and quickly unwraps to give you access to the goods inside.

The inside of the box holds the actual headphone along with some documentation, a cable and the receiver. Right off the bat, you can tell that this is a premium headphone. It feels solid and has just the right weight. I wouldn't be scared of accidentally snapping the band or the mic by moving it the wrong way. Everything feels like it can survive rough handling and was built to last. This is german engineering after all 🙂

The headphone is marketed at their existing customer base that would want to get a gaming wireless headset and also to pro-gamers (and amateurs with deep enough pockets) that want absolutely reliable hardware. Their aim here was to selectively modulate the soundstage so everything in the gaming world is instantly audible. Footsteps? the direction of the bullets? no problem. That said, while Sennheiser is known for their high clarity, they managed to find the perfect balance between a gaming and a reference-quality soundstage. This also means that this headset is great for music and watching movies, not just games!

The GSP 670 is a closed, dynamic design and uses neodymium drivers capable of a frequency range of 10 Hz to 23,000 Hz. Sennheiser also told us that they have added a special punch to the lower frequencies to emphasize explosions and blasts and is definitely one of the more “colored” of their products. The headphone is compatible with PS4 and Macs as well – for those wondering and also has additional Bluetooth functionality.

One thing I really liked about the Senn GSP 670 was that if you put the mic in the upright position, it will automatically turn off. This makes it super intuitive for the user to block unwanted sounds from being heard by your fellow gamers. The headband features an open breathable design and rests with just the right clamping force (hard enough to stay on and provide a good seal to the drivers but not hard enough to hurt).

I used the headphones during their demo room in Computex 2019 and also during personal testing and I must say the difference between a generic headset and the GSP 670 is night and day. While the soundstage can get quite muddy in normal headsets, the GSP 670 does a superb job of amplifying just the right frequencies without making everything sound like it's coming from a tin can. The warmth in the midtones was there but at the same time, the highs were crystal clear. Bass has been boosted on this design, but the kick is very controlled and the response is very fast.

The buttons and functionality were clearly added early on in the development stage and not just tacked on as an afterthought. They are well placed and feel robust. There is nothing here that is going to give way soon. Sennheiser offers a 2-year warranty on their product, which is telling of the build quality. The cups are replaceable and the fabric is comfortable and breathable. It is heat-limited by design which means even over extended gaming use, they will never go over a certain temperature (so while you might get warm, you won't sweat).

This is clearly not a reference soundstage, but you know what? as an owner of the HD 650, I quite like it. The GUI that ships with the drivers make everything a breeze to customize. The GSP 670 offers two communication modes - Bluetooth or low latency wireless. The low latency wireless has a response of just 40ms. Which is absolutely great considering unlike visual input, your brain is *used* to receiving audio with a slight lag. If a dog barks down the street, you will hear the bark after a slight delay – but will receive the visual input almost instantly (at the speed of light). In other words, there should no noticeable lag and it should feel completely real-time.

Is this a product I would recommend to everybody? Of course not. Is this a product I would recommend to someone that has a budget of $350 for a wireless headset? Heck yes. The price tag, at $350, is pretty high for the average joe, but it seems like as usual, Sennheiser isn’t trying to target those. They hope that their existing clients and gamers/streamers in the high-end market will go for the Sennheiser name over others – and considering their success in this kind of luxury market so far – they might succeed.

For pro-gamers and enthusiasts looking for the perfect wireless headset, this is one of the best choices out there. 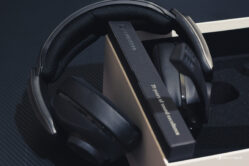 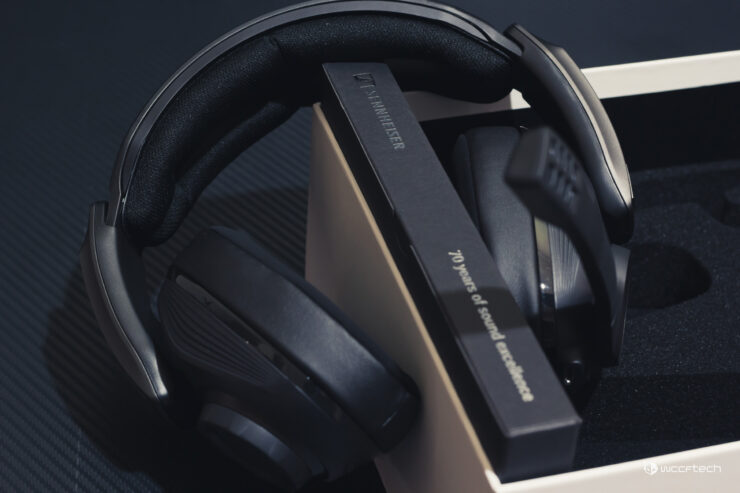 If you want the best gaming headset experience and don't care how much it costs, then this headphone is for you.