Last month we looked at the Seagate Ironwolf 6TB, today Seagate has sent us their higher capacity top of the line Ironwolf 12TB drive, which we will be looking at through the same tests and see the difference that jumping up in capacity makes!

Seagate With Their Entry In The NAS Market With Ironwolf Drives

Seagate's AgileArray technology is several features that have been designed to provide a better user experience. Here we will list the features:

Seagate does go above and beyond with things that aren't listed on the box. For instance, Seagate attaches the spindle to both the top and bottom of the case which will improve stability. The drives also support the ATA-8 streaming command set for increased performance when doing large sequential transfers. This allows the IronWolf to handle a maximum of up to 64 data streams simultaneously.

This drive has slightly different locking positions compared to regular consumer HDDs, check your drive cages and if you have 2 small rounded pieces sticking out of the bottom of the cage to "lock" the drive in place you need to either get rid of them with a file/Dremel or use another drive cage. This was an Issue I ran into with my Phanteks case, though other drive caddies that I had on hand fit just fine.

Looking at the results here we see the Ironwolf 12TB taking a bit of a lead from the Barracuda once we hit the 4KB sectors the Ironwolf just pulls far ahead of the other drive which is a bit odd since the Barracuda Pro should be the faster drive.

Here we see a solid showing by the higher capacity Seagate Ironwolf 12TB over its half-sized brother. All results here are solid and we see quite strong 4k performance for our modern hard drives.

Here we see the overall performance by the Ironwolf actually trumps the Barracuda Pro which was quite surprising to me and beats the 6TB by a similarly tight margin. Again in the full breakdown of the storage test we see all of these drives perform within spitting distance of one another which is a good sign.

For the Random read, we see a lot more of the same, one of the biggest difference we can see on the rather slow 4k max 4k access time with a much higher average access time on the 64KB portion on our Seagate Ironwolf 12TB. Again we see strong performance out of our newer drives that keep close enough to not a huge performance difference between the drives.

Looking at the Seagate Ironwolf 12TB we see a lot more of what we saw from the other Ironwolf drive we reviewed a few weeks ago except around 3-10% faster. All in all, this is quite the performer for magnetic spinning platers, even beating the Barracuda Pro oddly enough in some of our tests. in the current market state I think these are for their price, a bit much considering you can buy 8 or 10TBs for a much better price per gig with the 10TB's going for almost $100 less and should perform the exact same.

That being said if you need the maximum amount of storage these are a great option but for most people who need a lot of storage buying the slightly smaller drives will get you a very similar experience for the same price. So with the features Seagate lists for the Ironwolf 12TB as well as the performance we've seen here I will give this drive a solid recommendation, just make sure to find the capacity that suits you. 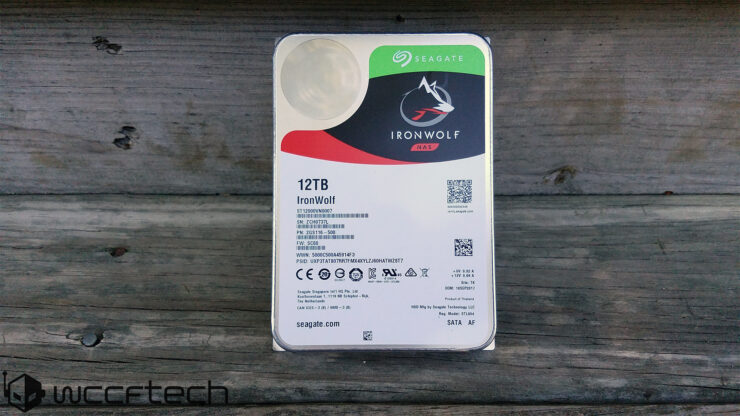 A solid performer with a hefty price tag, fitting its massive storage capacity.