The EA Originals program has been a surprising success so far. Yeah, EA is usually about as far from “indie” as you can get, and yet, under the Originals label they’ve published a number of genuinely great, truly original games like A Way Out and the two Unravel titles. The unexpected EA Originals winning streak means there’s a bit of pressure on the label’s latest title, Sea of Solitude.

The first significant title from small German studio Jo-Mei Games, Sea of Solitude is arguably the most indie EA Original to date. This isn’t another A Way Out, which featured production values nearly in line with some triple-A games. This is a small passion project. So, has EA picked another winner? Or is Sea of Solitude in over its head? Time to see if this one toes the line…

Sea of Solitude casts players as Kay, a young woman who awakens in a boat in a flooded fantasy world only to discover she’s been transformed into a shadowy monster. The world, vaguely inspired by Venice, has been beset by a mysterious darkness and various malevolent creatures, some of which seem to be reflections of Kay herself. So yes, it’s one of those indie games where the world and its inhabitants represent trauma, depression, heartbreak, etc, and your journey is one big metaphor for finding yourself and personal growth. I don’t want to come off as dismissive, as mental health is an important subject, and I’m absolutely sure the creators of Sea of Solitude were earnest in their intentions, but there are a whole lot of indie games like this right now. Creative people are more prone to depression and loneliness than most, and making and playing these type of games can be a therapy of sorts, I get it, but the fact remains, I was never really surprised by Sea of Solitude. I pretty much guessed where the game was going, and how it was going to get there, within its first 10 minutes.

Sea of Solitude is also visually similar to a lot of recent indies, sporting a clean, stylized look similar to games like Rime or Journey. There are moments when the game is quite striking – a couple of occasions when the sea parts to reveal the city beneath come to mind – although it won’t blow you away on any sort of technical level. A good, but not top-tier, indie in terms of looks.

Kay can pilot her boat, run, jump, fire off a flare that guides you to the next objective, absorb black balls of “corruption,” and that’s about it. Your abilities don’t really expand or improve as the game progresses. The game’s mechanics are also oddly inconsistent. For instance, early on you absorb a corruption ball, which returns light and color to the surrounding area. So, naturally, I figured that was the main mechanic of the game – absorb the corruption to bring the world back to life – except it isn’t? Other times absorbing corruption will do completely different things. The lack of consistent rules means you can’t really forge ahead and play the game on your own terms. You just follow the flares and let the game lead you by the nose when you get to your destination.

Really, Sea of Solitude feels like it has a split personality. It isn’t sure if it wants to be a traditional action-adventure/platformer with stakes and death, or a walking (er, sailing?) simulator that’s all about the story and experience. So, one moment you’re jumping between floating platforms as a beast that can devour you in a single chomp swims underneath, the next you’re being chased by an army of evil kids who don’t seem to be able to actually kill you. This clash really comes to a head during the game’s boss battles. Most of the fights have relatively complex patterns you have to figure out, and yet it’s almost impossible to die during them, so it all just come off as kind of pointless. It feels like the developers decided some parts of Sea of Solitude were too hard, but instead of balancing the game properly, they just completely removed all challenge from the offending sections.

Overall, Sea of Solitude feels a bit brief, even when you take the game’s budget $20 price tag into account. You’ll reach the credits in about two or three hours, at which point there isn’t much else to do. There are a few assorted collectibles, but only achievement hunters will really care about grabbing them. This is a cruise most players will only want to take once.

This review was based on a PS4 copy of Sea of Solitude provided by publisher EA. You can pick up the game digitally for PC, PlayStation 4 or Xbox One. 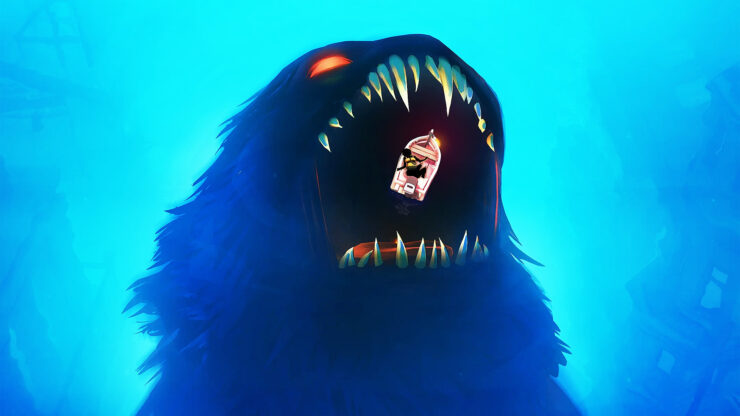 Sea of Solitude is sadly the least-essential EA Originals title to date. The game has heart and delivers a few brief powerful moments, but it’s held back by erratic design and a lack of content. Sea of Solitude is a pleasant-enough wade, but it isn’t the dramatic deep dive it could have been.