Scribblenauts Remix; Reaching For The Stars Has Never Been This Fun!

Those of us who have a Nintendo DS should make it their duty to play a large library of games before claiming to be true enthusiasts of the handheld, with Scribblenauts and Super Scribblesnauts being on said list. Both the games were absolutely superb, fluid and gave players of all ages the level of creativity very few games at the time could give on a handheld device. While Scribblenauts itself was a very limiting game the game got a much needed overhaul in Super Scribblenauts which was easily the series better game, Scribblenauts has a simple premise. It has no story to it, just endless imagination and creativity. You are presented a situation throughout the game via the levels and are given the simple and at times daunting task of collecting “Starites” It can be as simple as getting a Starite off a tree or even as challenging as solving a series of riddles to be rewarded with the Starite at the end of it all. This is where Scribblenauts Remix comes in for the iOS so that players can dive into the world of imagination and near endless possibilities. 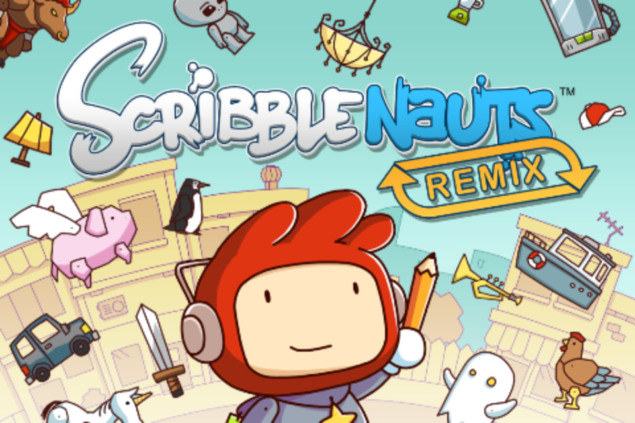 Scribblenauts Remix is indeed a mixed bag with its own ups and downs.

The basic objective of Scribblenauts Remix is a simple one. Start level, read your objective on the screen and find a solution to it, use your notebook that can make whatever you write come to life (copyright / trademarked words will not work though), complete the objective to obtain the Starite and move on to the next level! Rinse and repeat for many levels and beyond. Scribblenauts Remix is unlike any other game, why? It lets you do what you want to do. You have a notebook in which you can write ANYTHING you want, you can use a combination of verbs, adjectives and nouns to find the solution of a problem. 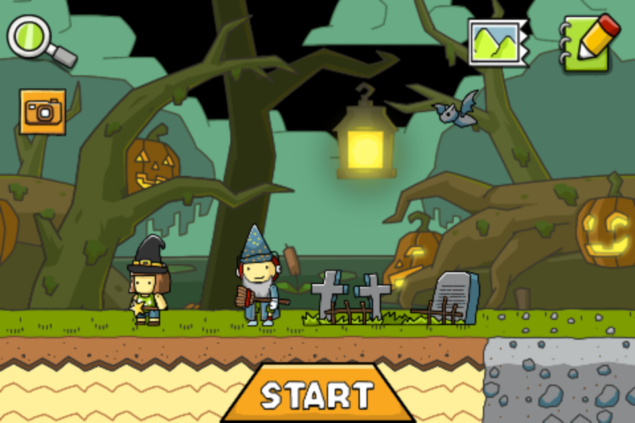 For instance; on the first level you have to get a Starite off a tree, now the obvious solution would be to ask for an Axe and be done with it, but why not be creative? Ask for a chainsaw, a saw, wings and ANYTHING at all that you feel can help you reach the starite and simply grab it. Scribblenauts Remix doesn’t limit players to what they have or don’t have but instead gives player an empty canvas to paint on, there are nearly 100’s of solutions to a single level but finding the one you want is the whole fun of the game! You can even be as creative as “Pig with wings” or “pink elephant with wings”. The only real rule is you can’t ask for copyrighted / trademarked items / objects / people. You can’t for instance ask for “Blood Red Kratos” or “Marcus Fenix with a Lancer”.

Otherwise you are free to explore the English language and combine a set of verbs, adjectives and nouns together to make whatever you wish in any combination. The possibilities are nearly endless and that’s the whole fun of the game! To let your creativity run wild and have the most fun you want. While other games simply give you the items and tools you need to accomplish the task, Scribblenauts Remix is a game which gives player a COMPLETE sense of control over their game and that’s why this game is definitely one of my top picks on the appstore. 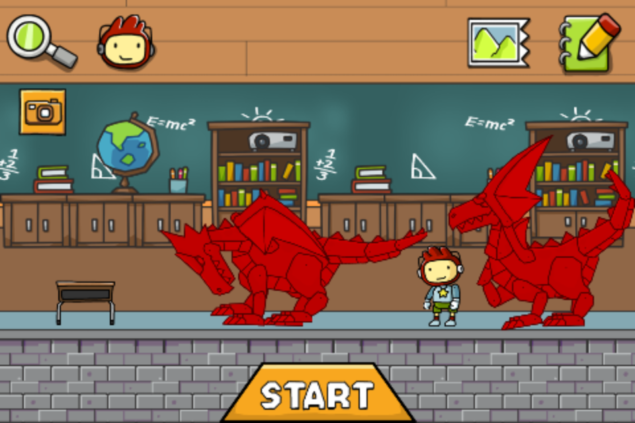 A peaceful red dragon fighting an angry red dragon. Guess who is who.

Scribblenauts Remix on the iOS comes as a blessing and as a curse. The game gives life to an already wealthy home to many games but none of them can ever be as creative or as enjoyable as Scribblenauts Remix can be when it’s played to its fullest, the bad news? The game is a curse to run! I played this on my iPod Touch 4G and my iPad 2, both running iOS 5.1.1 and while it ran only slightly better on the latter device it literally brought my iPod Touch to its knees, the game was almost too unplayable at times to where even a fresh reboot of the device would only let me play past 2 levels at MOST before it would freeze followed by crashing. While on the iPad 2 I was able to make a bit more progress but crashing was still an issue. I am hoping for a fix to this in an update but in the meanwhile this game has made me want to revisit Super Scribblenauts on the Nintendo DS and I can hope that an update is in the cards for this game. 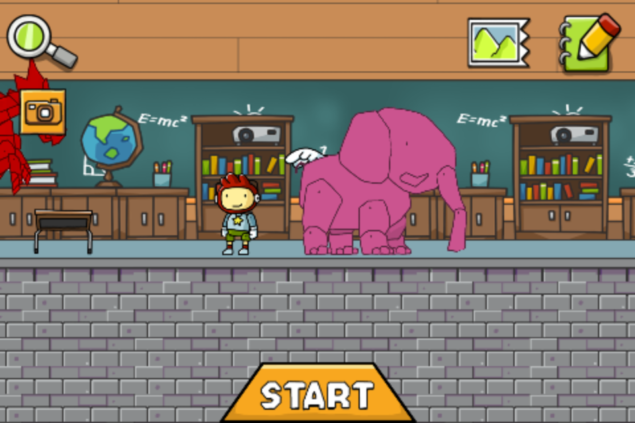 A pink elephant, WITH WINGS! Must be a Red Bull drinker.

If you have a newer device like an iPad 2 and above then I would recommend this to you if you can put up with the crashes and long load times otherwise its best to wait for the game to be properly fixed. As it is right now the game will do nothing but irritate you and ultimately make you wait for a proper update like it did with me.

You can purchase the game for your iDevice by going Here.