AMD's Radeon RX 5700 series is finally getting the much-awaited custom variants and SAPPHIRE is finally out with its new Nitro+ lineup designed for RDNA based graphics cards. Having launched in July, the AMD Radeon RX 5700 lineup introduced very competitive prices for mainstream tier graphics cards which would go against the NVIDIA GeForce RTX lineup. Now, AIBs are further expanding the lineup with their non-reference variants that offer better cooling performance and higher out of box clock speeds.

The Radeon RX 5700 series uplifted AMD by bringing a modern architecture design and moving away from its GCN design. This allows AMD to bring more streamlined graphics performance in modern workloads and gaming titles. AMD was already ahead of the curve in utilizing new tech such as HBM and smaller process nodes and Navi is no exception. Aside from the new graphics architecture, AMD has also introduced GDDR6 memory and a smaller 7nm process node for their mainstream lineup which is a big update from the 14nm process on Polaris and Vega series cards.

So for this review, I will be taking a look at the SAPPHIRE Nitro+ Radeon RX 5700 XT. This card uses a brand new design which is built first for Navi GPUs. It comes with a 5 heat pipe design as well as a finned heatsink plate for VRAM and VRM cooling and uses triple fans.  The card will retail at $439 US which is a 10%  premium over the reference model.

With the said boost clock, AMD expects a maximum of 9.75 TFLOPs of single-precision Compute from the Radeon RX 5700 XT under its boost clock. The card also features 8 GB of GDDR6 memory which runs across a 256-bit wide bus interface. AMD will be using the latest 14 Gbps memory dies which put them on par with the Turing TU104 cards that offer bandwidth of up to 448 GB/s. The card also features two 8 pin connectors and has a total board power or TBP of 225W. The graphics card costs $399 US in reference flavors and a slight premium for the non-reference variants such as the SAPPHIRE PULSE RX 5700XT which I am testing today.

The second card is the Radeon RX 5700 based on the Navi Pro GPU. The reason we are not getting a Radeon RX 5700 Pro naming scheme is that it would be harder to differentiate that with AMD's pro series cards which are aimed at content creators and workstation PCs.

Now based on the TBP numbers, this card should be put against the RTX 2070 which is a 175W TBP graphics card. It will be interesting to compare both cards in terms of efficiency since the NVIDIA Turing cards are based on 12nm FinFET while AMD is using the latest 7nm process node. The card costs $349 US for reference flavors. The SAPPHIRE PULSE RX 5700 will retail with a $10 premium at $359 US.

Also, when it comes to ray tracing, AMD is indeed developing its suite around it. According to their vision, current GCN and RDNA architecture will be able to perform ray tracing on shaders which will be used through ProRender for creators and Radeon Rays for developers. In next-gen RDNA which is supposed to launch in 2020 on 7nm+ node, AMD will be bringing hardware-enabled ray tracing with select lighting effects for real-time gaming. AMD will also enable full-scene ray tracing which would be leveraged through cloud computing. 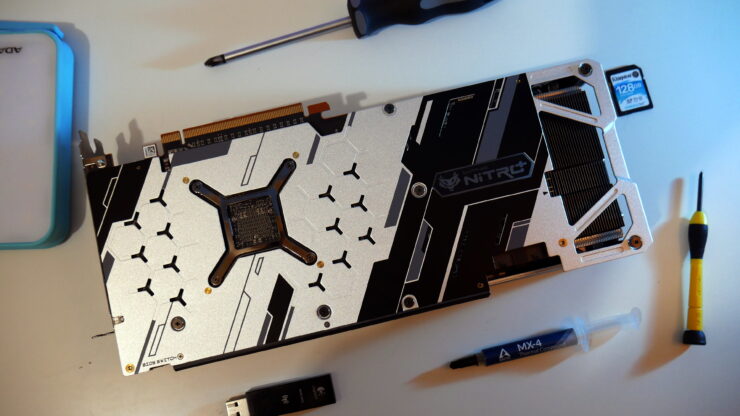 SAPPHIRE has designed a truly top tier variant of the RX 5700XT and provided you have the ability to fit it in your case I would have it at the top of your consideration list.