Samurai Jack: Battle Through Time Review – Back to the Past (and Future)

If you’ve been following American cartoons since the early 00’s, chances are you’ve probably stumbled upon an airing of Samurai Jack during one of Cartoon Network’s many programming blocks. The show ran for four seasons following the turn of the millennium then ended without wrapping up the mortal battle between Jack and Aku, only to be brought back over a decade later for a fifth and final season. Despite moving to a conclusion in 2017, Genndy Tartakovsky’s apocalyptic samurai epic is back once again in what would be Jack’s first game appearance for as long as I can remember. What better way to bring Samurai Jack back to consoles than with a new character action game in Battle Through Time.

Long ago in a distant land, I, Aku, the shape shifting master of darkness, unleashed an unspeakable evil! But a foolish samurai warrior wielding a magic sword stepped forth to oppose me
Before the final blow was struck, I tore open a portal in time, and flung him into the future where my evil is law. Now the fool seeks to return to the past and undo the future that is Aku! 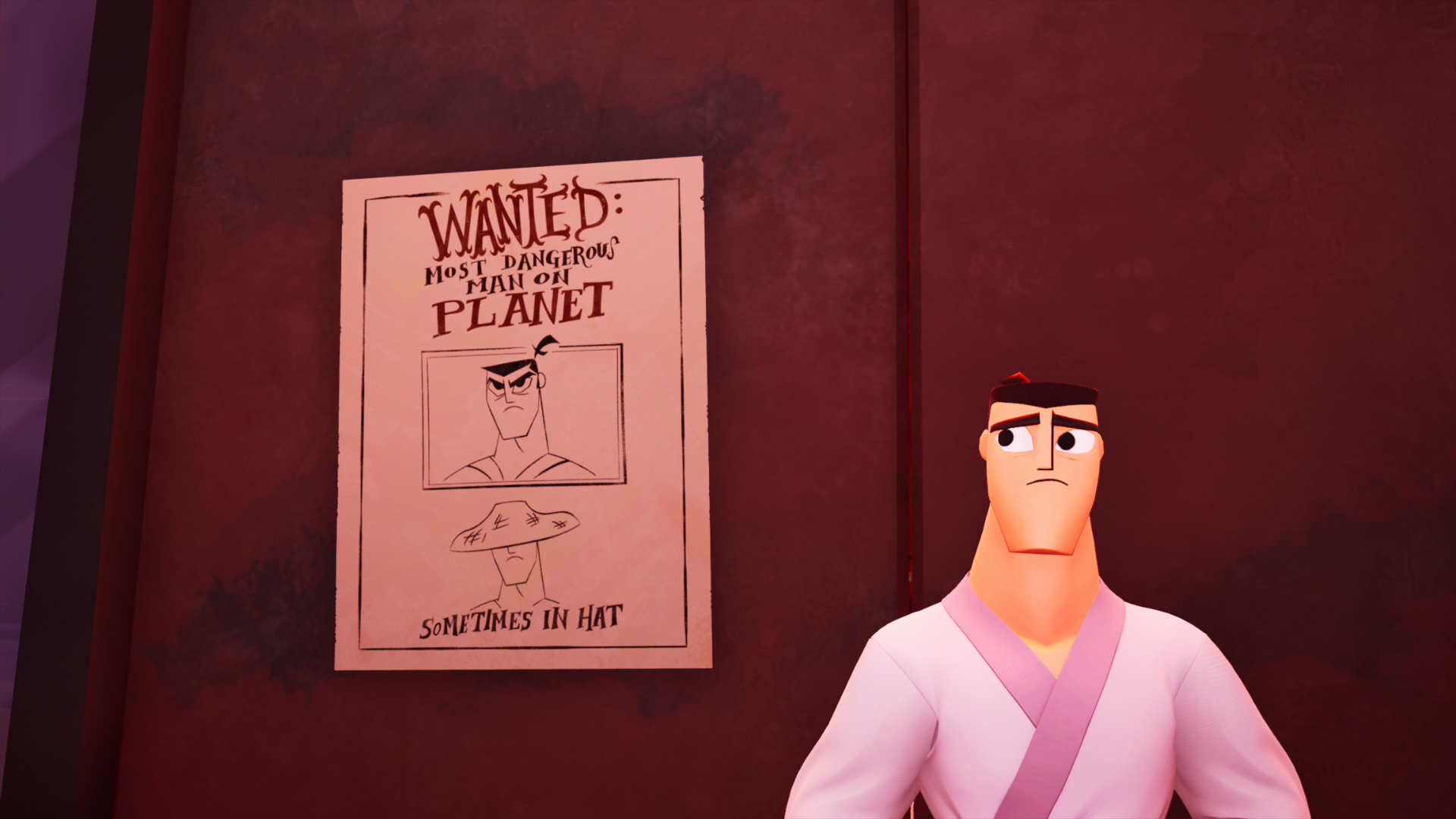 Weapon durability will always be a contentious aspect for me in video games. If done properly, which few games can pull off, having to manage weapon uses before the given sword or mace is lost forever can be a strategic approach. Say you’re fighting a high defense creature and need a hammer to break through its defenses; would you beat up the monster until it’s dead for a quicker fight but at the risk of breaking your hammer, or do you merely soften it up and finish it off with your fists or sword?

That’s a conundrum I constantly faced in Samurai Jack: Battle Through Time. Save for Jack’s magic sword and his two fists, just about every weapon that you pick up for his arsenal will degrade over time (this includes ranged weapons as well). If a weapon is damaged but not 100% broken, it can be repaired at Da Samurai’s shop for a nominal fee. At the same time, if a weapon is completely broken, it’s lost forever but at the exchange of giving Jack a bit of helpful samurai experience to level his skills. Sadly, weapons have a very low durability threshold and a majority of weapons that Jack will loot and purchase will only last through a few waves of enemies before breaking up. 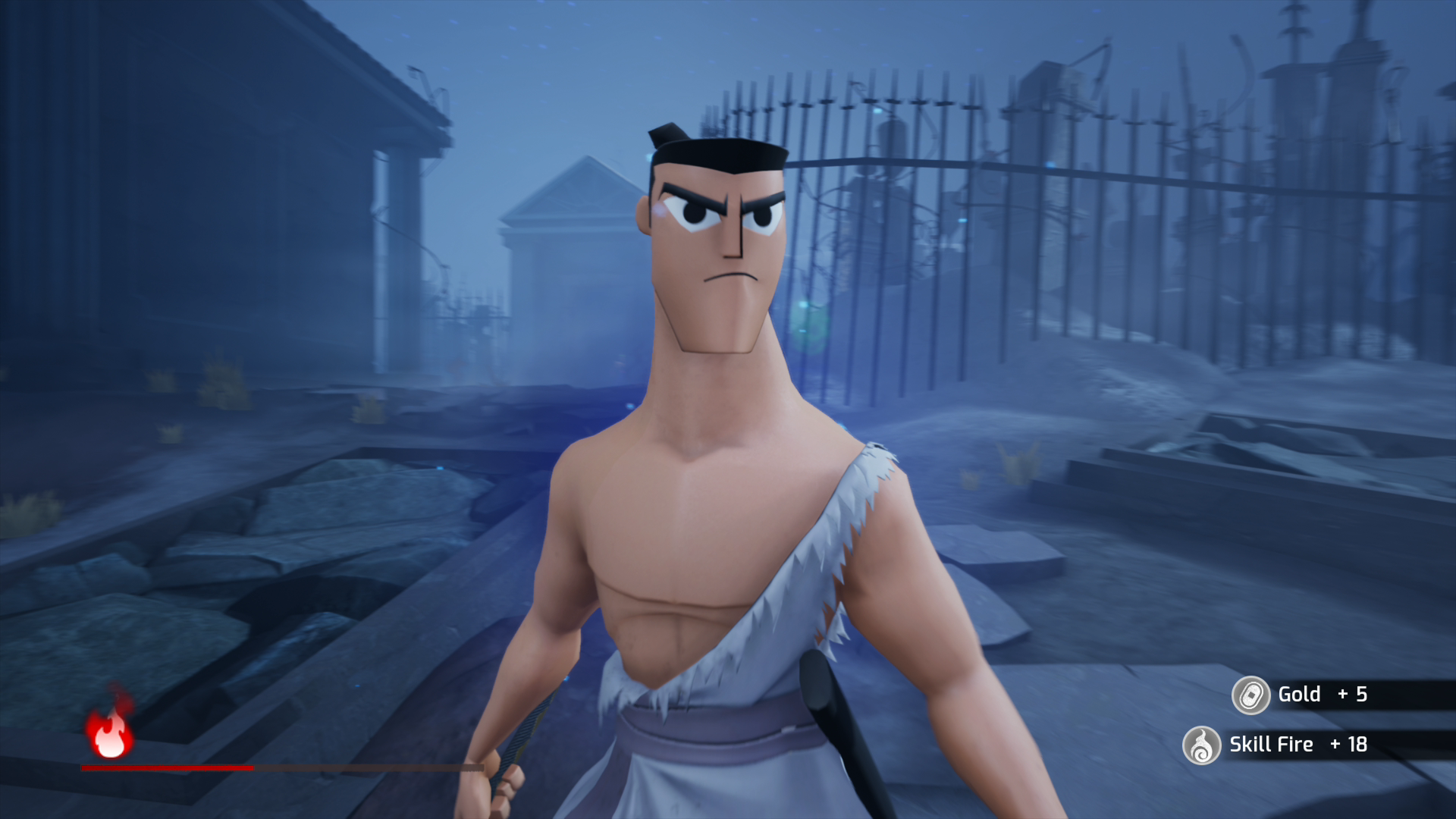 Samurai Jack: Battle Through Time’s combat works at its best when Jack can freely swap around weapons during combos to take advantage of affinities and enemy weaknesses, so having to contend with weapon durability is never fun. That being said, I adored the various strategies in combat when everything clicks together and you have some high durability thunder spear sand machine guns to tear through enemies.

Being a character action game, Battle Through Time plays much like the licensed titles that Platinum Games released over the years. Jack has both a light and heavy attack that can be linked together in various combos with skill upgrades adding new moves to his basic attack chain. Once the skills are unlocked, Jack can block and perform well-timed parries to expose the enemy to a flurry of attacks or simply dodge out of the way of more devastating blows. Samurai Jack: Battle Through Time takes a lot of the sensibilities of the PS2-era of character action games but adds in the layers of RPG progression and skill trees that have become common in just about every action game these days in order to build up Jack’s true combat potential. 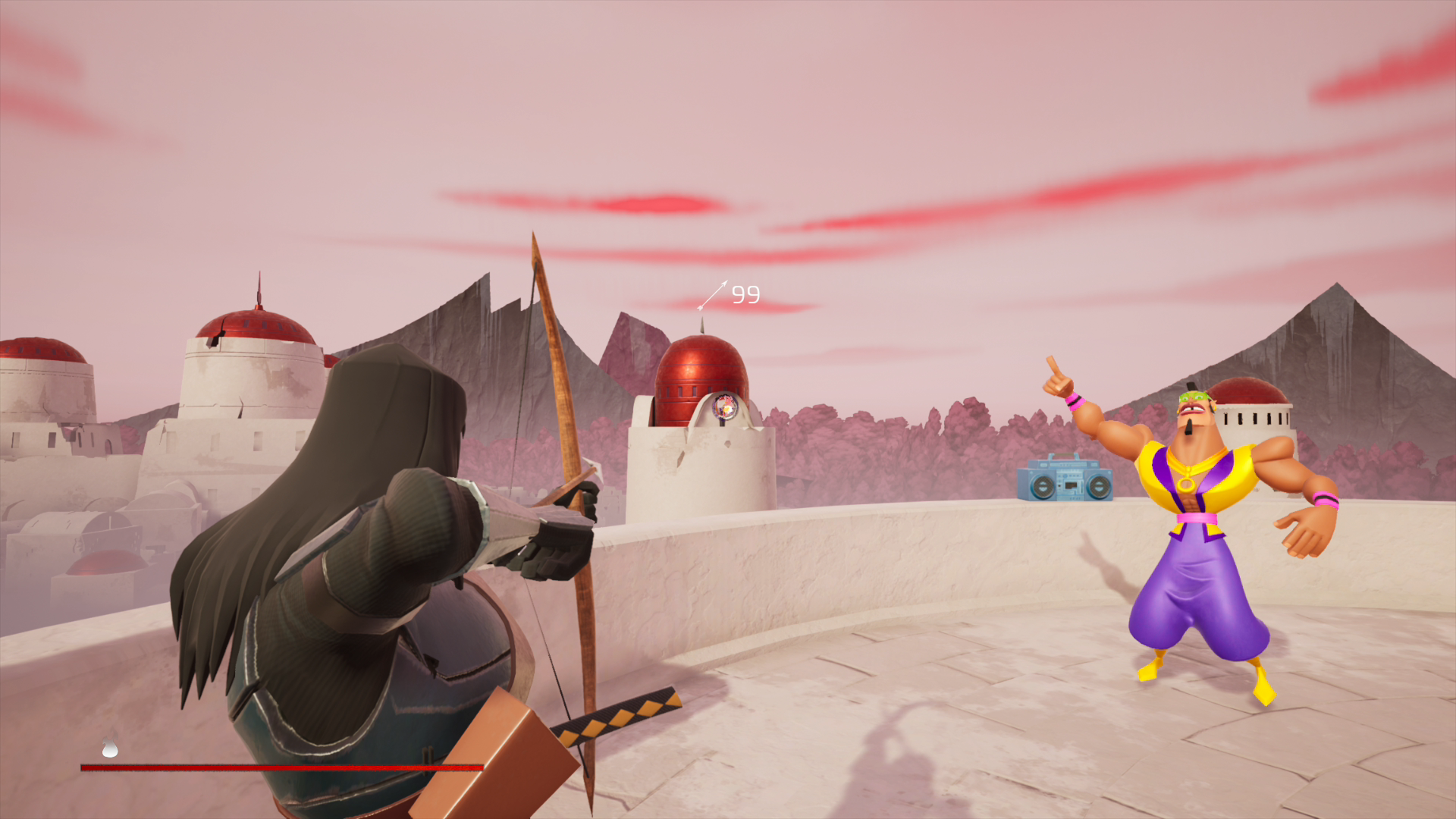 Aside from the weapon swapping (and breaking), there isn’t much to the combat in Samurai Jack: Battle Through Time that hasn’t been done before in a character action game. Enemies might be weaker to one weapon type versus another, but you can make it through just about the entire game with just Jack’s magic sword and still have a great time if you wanted to. Enemies out of reach that float in the air or snipe Jack from a far away ledge might have to get taken out with a bow and arrow if you want to be traditional (or a gun works just as well!). Beyond that, Samurai Jack: Battle Through Time feels like a remaster of something that would’ve been a perfect fit on the PlayStation 2 and I don’t necessarily mean that as a bad thing. It’s merely a product of its time and will appeal to fans that wished to see a Samurai Jack game released during the show’s third or fourth seasons.

There isn’t much diversity to the enemy types in Samurai Jack: Battle Through Time, having robotic bugs of all sizes, bipedal alligators, robotic gunslingers, and a couple of others. You’ll often see the same types repeatedly quite frequently throughout the levels and gain a subconscious knowledge of which weapon types will work best. Each enemy can wield a variety of weapons against Jack, so in one mission you might square up against a Glockodile or in another, a Gator Macer (my terms, not Soleil’s).

While the facial work and cutscene cinematography are both on par for what one would expect from an episode of Samurai Jack on prime time Cartoon Network, the graphics themselves don’t quite match up. Rather than opting for a two-dimensional or cel-shaded design, Soleil went with the standard 3D animation for levels and characters alike. Many of the finer details that could’ve helped the world come alive are lost and instead the environments feel copy and pasted throughout with few landmarks or interesting details within each standalone level. Across Jack’s journey through time and space, every level has its own style and region to cut your way through, but there isn’t anything that makes these stages feel unique from one another. In the end, it comes down to what assortment of enemies you’ll battle against and the colorful backdrop you’ll be drawing swords against.

Samurai Jack: Battle Through Time is ultimately a relic of a time since past, fitting nicely into the history of character action games from a generation or two ago. It doesn’t take many risks with the formula and unfortunately, the risks it does take with weapon durability aren’t well-executed, but this is one journey that fans have been waiting a long time to see through to the end.

A relic of another time, Samurai Jack: Battle Through Time feels dated by today's standards of character action games but still represents a mighty fine way to replay as one of Adult Swim's most notable heroes.