Ever since its debut back in 2006, the Rune Factory series managed to stand out from the competition with its gameplay experience, which mixed simulation game features, like those seen in the Harvest Moon series, and action role-playing game mechanics, creating a very unique blend that feels weirdly coherent, even with the clear disconnect between the urgency of the main quest and the calm farm life each entry in the series pushes the player towards.

Rune Factory 5, in this regard, is no different from its predecessors, as, once again, players will have to divide their in-game time between completing the main quest, saving Rigbarth from a terrible catastrophe, growing crops, interacting with villagers, and enjoying a simple, yet rewarding life. And while pretty much every aspect of the classic Rune Factory experience has been refined and improved, this really is all that the new entry in the series has to offer.

In Rune Factory 5, players take control of either a nameless boy or girl who end up in the border town of Rigbarth with no recollection of how they ended up there. Saving a young girl from some monsters, our hero or heroine gets invited into the peacekeeping organization SEED, becoming one of the rangers that protect the village from the monsters that are appearing all around it. Eventually, the ranger will learn about the mysterious events affecting the runes and thus the balance between humanity and nature and will become directly involved in a struggle for humanity's future.

Rune Factory 5's story is nothing to write home about, as it is somewhat predictable and feels a little disjointed from the actual gameplay. As events unfold, there is a clear sense of urgency that isn't reflected well in the gameplay, considering the player can choose to ignore the main quest for as many in-game days as they want as they tend to crops and help townspeople with their troubles, which may be important to them, but definitely not to the world as a whole, without any consequence whatsoever. This disconnect was always present in the series, but in Rune Factory 5, it is way more noticeable. The fact that most characters are pretty interesting, despite being a little tropey, only makes this situation a little worse. Many times during the adventure I have been more interested in deepening my relationship with some of the residents of Rigbarth than venturing out on the field to learn more about the mysterious events happening around the border town. The cast is extremely diverse as well, and the presence of same-sex marriage is a definite bonus that gives the player more role-playing options, which are always welcome.

While it should generally be a bad thing, the disconnect between Rune Factory 5's story and gameplay is, ultimately not a bad thing, as it highlights how engaging the gameplay can be. Like in the previous games, Rune Factory 5 combines elements from the Harvest Moon series and action role-playing games and does so in a very good way, doing away with most of the tedium seen in simulation games for a faster-paced experience. Crops, for example, grow in just a few days, so you do not have to care for them for days upon days, with the risk of forgetting to water them once and ruining your hard work due to a simple mistake. Cleaning up the field, tilling the soil, and watering crops are all incredibly intuitive, so it does not take too long to get things started and get sucked into the game's engaging loop. More mechanics are unlocked over time, so things get slightly more complicated as the adventure proceeds, but they continue to be very simple to understand. Rounding up on the simulation features, Rune Factory 5 also features seasonal festivals that feature mini-games that allow players to earn special rewards if they do well in them.

When it comes to role-playing game mechanics, Rune Factory 5 does not feel any less deep than previous entries in the series. However, the game's generally low difficulty level doesn't give players an incentive to explore them further. At the start of the game, the hero or heroine isn't good at doing anything, but as soon as they start living their life in Rigbarth, they will begin leveling up skills, ranging from basic skills like Walking and Sleeping to more combat-oriented ones, such as skills with specific weapon types and more. Every skill in the game brings stats enhancements, so ignoring those related to the simulation mechanics may have an impact while exploring the many different biomes around Rigbarth and the dungeons inside them. Exploration does leave a little something to be desired, especially regarding biomes, as they are very straightforward and do not offer much outside some items to collect and enemies to defeat. Dungeons fare a little better, but not by much, as they are only made more complicated by their layouts. Inside, they are just as empty as the biomes are, and their visual design is not particularly inspired.

It is a shame that exploration in Rune Factory 5 isn't particularly exciting, as combat is more interesting, although not particularly deep. This is where the classic Rune Factory experience has been improved the most, as the action combat system is more varied than ever, with each weapon type coming with different attacks and some defensive maneuvers that reward skill, such as the perfect dodge mechanics. The combat experience is also enhanced by the Pokémon-inspired monster-catching mechanics that allow players to use a spell to capture monsters once they have been weakened. Monsters can help players in the village and out in the field while fighting enemies, adding a little more depth. Unfortunately, variety isn't all that great when it comes to monsters, so you will have seen pretty much everything this system has to offer not too long into the adventure.

Having seen much of what Rune Factory 5 has to offer in the first few hours of the game is probably the game's main issue. As I highlighted above, there isn't anything wrong with the experience other than the disconnect between story and gameplay, but it actually doesn't offer anything substantially different from the previous entries in the franchise. Nothing can genuinely wow veterans of the series in Rune Factory 5, and this is very disappointing, considering it has been ten years since the release of the fourth entry in the series, and in these ten years, the developer didn't come up with anything truly new outside of better combat mechanics.

Having been released a few months back on Nintendo Switch, the PC version of Rune Factory 5 doesn't offer anything different when it comes to content. What it does offer over the Switch release is better visuals and, above all, much better performance. While the visuals are pleasing enough, featuring a cel-shaded visual style that works nicely in the context of the game, they are a little on the simple side, so Rune Factory 5 is far from being the best-looking game released this year, even though the resolution bump does wonder in making the game look cleaner. Multiple graphics options allow players to tweak graphics a bit, and the separate Configuration Tool, while dated, at least provides examples of how the different settings influence the visuals, so it is a welcome addition.

The PC version also supports 30, 60, and 120 FPS, so the experience will be pretty smooth on systems powerful enough to push these 120 frames per second, although there are some frame pacing issues. Some visual glitches are also present, like some flickering issues with shadows, but I expect these could be patched easily in the future. The PC version also supports keyboard and mouse controls with proper prompts, so it is possible to play the game with these controls without any major issues.

Despite the lack of innovation and some mediocre elements like exploration and dungeon design, Rune Factory 5 still manages to be a charming and involving experience, mostly thanks to its simulation mechanics and endearing characters. Not every game needs to be perfect to be enjoyable, after all, and the latest entry in the series is yet another title that shows how a little heart can go a long way. 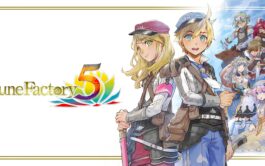 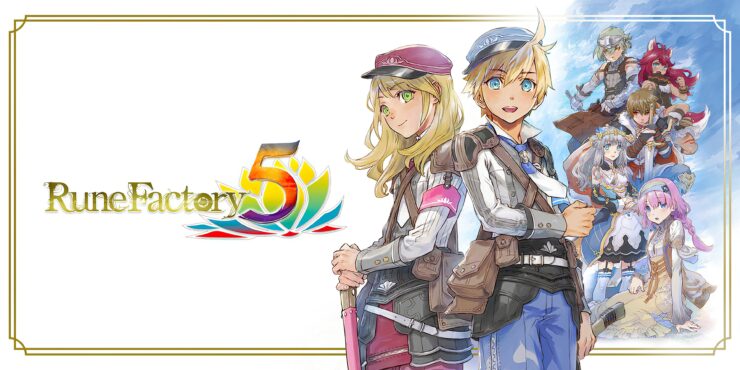 Rune Factory 5's combination of features from simulation games and action role-playing games works as well as it did in previous entries in the series, but the lack of innovation, underwhelming exploration mechanics and a certain disconnect between the urgency of the main quest and living a calm farm life do damage the experience a little. The endearing cast and improved action combat, however, make for an enjoyable experience, so those who venture into Rigbarth without expecting to find a revolutionary title will find plenty to like in the game.