It’s not easy being a Star Wars fan. After suffering through the painful massacring of Anakin’s origin, many of us feared the prequel trilogy had tarnished the Star Wars name irreparably.  Thankfully,  last year saw Star Wars return to the big screen with its first enjoyable entry since the 80s. Episode VII’s fun, nostalgia-coated adventure did the impossible - it brought fans hope for the franchise’s future. Now twelve months later, we find ourselves face-to-face with another new adventure in a galaxy far, far away. But without the novelty of being the first Star Wars film in ten years, can Gareth Edward’s Rogue One still impress?

Taking place in-between 2006’s terrible Revenge of The Sith and 1977's A New Hope, Rogue One comes with some serious expectations. While it not only has the unenviable task of needing to redeem the word ‘prequel’, it also has to seamlessly fit in with the original trilogy. Impressively, director Gareth Edwards manages to do both. Masterfully melding cutting edge tech with old-school practical effects, Rogue One is a movie that somehow looks and feels new while simultaneously retaining an aesthetic that's in-keeping with the classic trilogy. A lot of this comes down to the little details. Whether it's Edwards’ decision to carefully incorporate frames from A New Hope’s lost scene into a space battle, or the astonishing CG-wizardry that is used to bring back crucial characters from the series, Rogue One’s finale manages to perfectly capture that 70s charm.

Yet while I left the cinema feeling all kinds of giddy, my initial impressions weren’t quite so gushing. Rogue One is undoubtedly a visual treat from start to finish, but unfortunately, the film’s first half doesn’t quite have the pacing or characters to match. Laying the groundwork for what’s to come, the first hour feels incredibly rushed, with our protagonists so busy hopping from location to location that there is little time for any of our heroes to feel like truly fleshed out characters.

It’s not just our heroes who suffer from a lack of characterization. Whether down to last minute edits or just a change in direction, Forrest Whitaker's Saw Gerrera was featured heavily in the film’s trailers, but ended up with a disappointing amount of screen-time, turning a potentially interesting character into little more than a walking plot device.

While the acting is largely superb, there are two members of the cast that really let the team down. Strong performances from actors like Felicity Jones, Ben Mendelsohn, and Diego Luna become a double-edged sword, only serving to highlight the poor acting from Chinese actors Donnie Yen and Jian Wen. Written as a sort of mystical buddy-duo, their characters feel hollow and shoehorned in, often given cringe-inducing comic relief dialogue that just feels oddly out of place. Given the actors' popularity in China, it’s hard not to think that they were merely cast just to help appeal to an Eastern audience, rather than chosen for their acting ability.

Despite this, the film’s first half isn’t entirely without its merits. A tense battle scene on desert planet Jeddah captures the Rebels in a new militant and dangerous light and solid performances from Felicity Jones and Mads Mikkelsen keep even the most tedious scenes watchable.

But where the film’s first hour has its problems, what comes next more than redeems it. From the very start, Rogue One hints at a darker take on the Star Wars universe and after our protagonists’ arrival on imperial mining planet Eadu, it finally delivers. Where the slow and awkward start felt more akin to The Force Awakens, Rogue One’s last hour offers the kind of gritty and thrilling spectacle that made the original films so compelling. After Episode VII’s disappointing lack of space battles, Gareth Edwards more than makes up for it, using Go-Pro like camera techniques to create intergalactic dogfights that feel scrappy and intense in a way that Star Wars never has before. It’s the combination of these brilliantly crafted action scenes with the film’s perfectly orchestrated tension that help to make this an intense and adrenaline pumping affair.

Where most Star Wars films always show a victorious rebellion, Rogue One portrays the Alliance really struggling against the might of the Empire. Without the help of any Jedi or much of the galaxy’s support, Edwards ditches the franchise's usual plucky heroics and highlights the plight of the Rebellion instead. Here our protagonists aren’t divinely chosen force users or smugglers renowned around the galaxy, but merely ordinary people who want to stand up to injustice. It uses this to brilliant effect, telling a tale that really hammers home the sacrifices of war, enriching the Star Wars universe in the process. 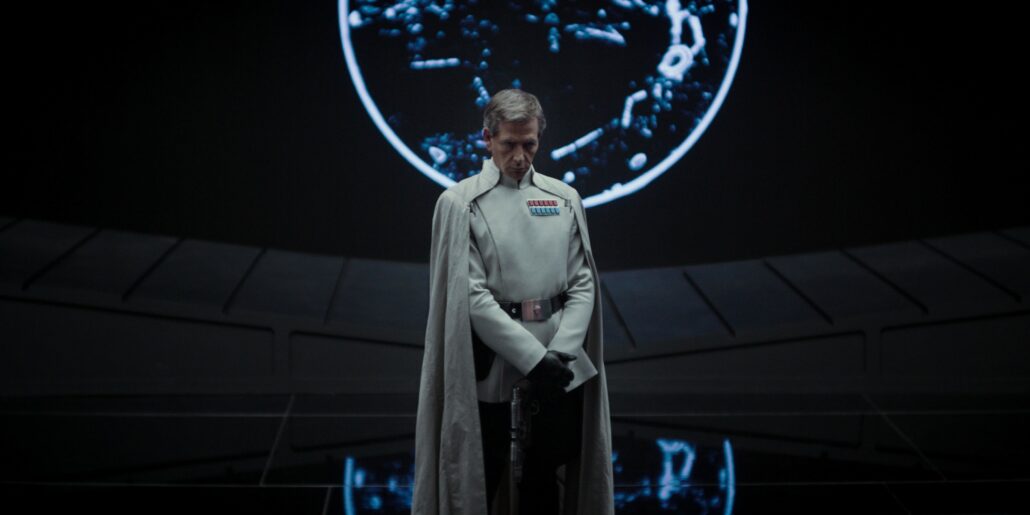 With an audience who already know that the Rebellion is poised to succeed in getting the plans to the Death Star, it's no easy task to make them care. Yet it’s this tale of the grunts, the disposable everyman that not only helps to keep viewers fearing for everyone’s safety but also makes the Alliance’s eventual victory in A New Hope feel more plausible.

Rogue One isn't without its flaws then, but if we’re being honest – neither are many of the Star Wars films. Thanks to brilliantly implemented easter eggs, a fan-pleasing portrayal of Vader and a dark edge to the story that Star Wars has never quite seen before, Rogue One comfortably sits alongside the best in the franchise.

If The Force Awakens reassured the world that Star Wars could be good once again, then with Rogue One, Gareth Edwards proves that it can still be great.