Risen 3: Titan Lords feels like something out of a time capsule. Like when a school unearths a pair of roller-skates and some flairs. You know exactly what they are, but they both look and feel completely out of time, and there’s just no correct way to handle them. It’s nothing as old as the pirates themselves, but the tone and style of the game are unashamedly retro to say the least, assuming that is that the developers of Risen 3 were attempting to create a retro experience. If you’re old enough to remember playing games in the early 2000,  this will dance across those memories well. Whether or not those memories are worth revisiting is another matter entirely.

Risen 3: Titan Lords: Enhanced Edition sits firmly in the hack and slash RPG genre that was popular a decade ago, where you only have one attack, and needn’t concern yourself with branching skill trees, or convoluted crafting systems. This simplicity has since fallen out of favor and been all but buried by the industry at large. But it has Risen (couldn't resist, sorry) and returned to us in the form of this fantastical pirate adventure, with its mechanics and graphical style completely unchanged. Because not only does Risen 3 feel like something straight from the PlayStation 2, but it looks like it as well. 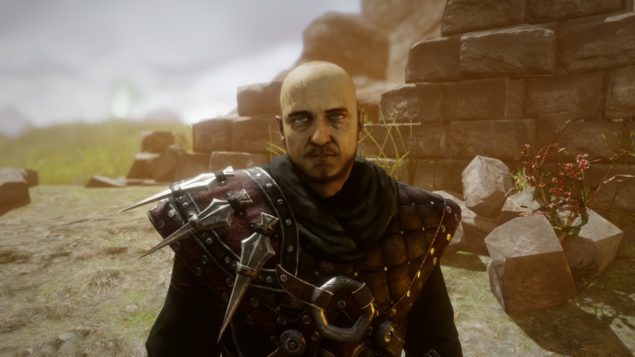 The graphics are never an attempt at photorealism, rather going for this sort of cartoonish, fantasy style that allows for larger than life characters and set pieces, without any performance strain on the console. It has this nostalgic familiarity to it, but does not hold up against anything else seen on this generation. Then again, if Risen 3 is looking for something a little bit older and comforting, its graphics do touch upon that; although they are nothing compared to the simplicity of the gameplay.

That’s not to say that there is only one button you need to press, but there isn’t too much else. Combat is quite uninteresting, mainly since it feels wonky and uncoordinated as you’ll repeatedly be caught in stun locks and attack cycles. You’ll even get the occasional, overwhelming sense that Risen 3 is in fact a rhythm game with no instructions on what the beat actually is. It becomes very annoying very quickly as you’ll attempt every combination to escape, or catch an enemy off guard but to no avail. The time between pressing attack and the order following through to your character varies wildly, while enemies strike sharply, with the ability to break your guard or teleport if you attempt to dodge out the way. There is no real tactic to fights which have you slowly picking away at health bars and keeping yourself alive while your companion deals the real damage. 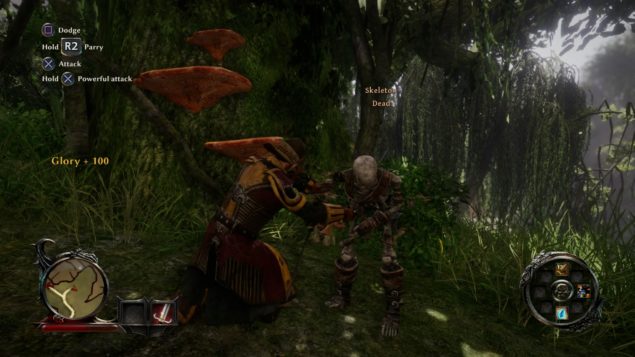 Risen 3 is an RPG, so naturally there is an element of levelling and attributes to improve, but other than light and heavy attacks, and the occasional magical scroll, there is nothing to help the player overcome difficult conflicts. There’s this sort of purposely ambiguity about the game. Although the tutorial holds your hands through some of the most uncomplicated features of Risen, a lot is left for you to discover on your own.

While this could have been an intriguing part of Risen 3: Titan Lords that allowed you to experiment and discover the limits of the game, it all comes across as more frustrating than fascinating. The first time you get caught stealing everyone will try to murder you, but you’ll get no warning, no icon to let you know you stole, and no pre-warning to let you know that stealing is a mechanic in the game at all. Coupled with fairly lengthy load times, we’ve got a recipe for player boredom as trial and error pushes you closer and closer to insanity.

But that’s not the only thing that will hinder your attempts to enjoy the game. Risen 3’s voice acting and dialogue is so bad you’ll actually struggle to pay attention during the lengthy sections of the game where NPCs ramble on. NPCs will also have the infuriating power to yank control away from the player to discuss trivial matters at will; one such example happens while being led to the Citadel by a Demon Hunter, who will let you know you’re on the way, that you’re nearly there, and that you have in fact arrived by forcing you into conversation. The entire journey, without interruption, takes about four minutes, while the dialogue interjects take just as long. Not only is the dialogue bad, but the communication is just so slow, with sentences being drawn out as if the voice actor was paid by the minute, totally disengaging from the high thrills adventure the developers are trying to portray.

The storyline is, however, nonsensical and enjoyable when removed from the game itself. It involves a recently resurrected pirate trying to retrieve his soul from the underworld while exploring a vast mythical sea. It also feels typically, and wonderfully retro. There is nothing new about this idea, but the blend of pirate adventures entwined with some mages and supernatural presences thrown in for good measure is somewhat original. But since Black Flag was released, the dismissal attempt at piracy that is Risen 3 is stark and upsetting. The seas are not open and the shores not bustling. There are hints at a Dragon Age: Inquisition styled slow burning apocalypse that brings together, and tears apart factions all across the world which is almost engaging. But it lacks the substance and sense of urgency it needs to deliver the plot engagingly, and the world itself, coupled with the tragically stifled dialogue, feels lackluster as a whole. 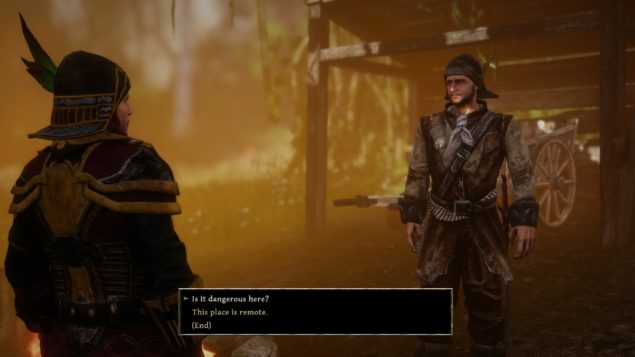 Each island is full of side quests, but at the time of writing, keeping track of any of them is all but impossible as quests aren’t marked in your quest log. If you can’t remember what you’re doing in a certain side quest, they’ll simply disappear into obscurity. Coupled with the woefully unexciting and barren seas stitched together with some of the most infuriating missions, and you’ll have a vast world you can’t wait to leave behind.

At the bottom of it all is the speed of Risen 3. It just feels like it’s half a beat behind the rest of the world. Character drawl instead of converse, attacks heave rather than strike and exploration grinds instead of strides. There’s an interesting game hidden somewhere in Risen, and one that can feel fun on a rainy Sunday afternoon when you’ve got little energy to keep up with life. It’s teasing close to something enjoyable, there are so many instances where you can almost feel everything come together, but it never quite does. If you’re looking for action, what this delivers won’t raise your heart rate, nor dilate your pupils. If you’re looking for story, this won’t intrigue, although it can feel amusingly pulpy. With a little bit more Dark Souls and a little less itself, this game could have been an (almost literally) sleeper hit, but as it stands, Risen 3 struggles to hold the attention of a pirate lover, let alone a bunch of landlubbers.