Resident Evil and multiplayer have always got along like oil and water (or perhaps zombies and Molotov cocktails). Whether it be co-op in Resident Evil 5 and 6, all those tacked-on Mercenaries modes, or standalone games like Umbrella Corps, the results have ranged from merely decent to downright rotten. Despite this, Capcom just keeps on trying. Cue Resident Evil Resistance.

For those unfamiliar, Resident Evil Resistance is a full asymmetric 4v1 co-op game included with your purchase of Resident Evil 3. That may sound like a generous move, but is Capcom just bundling Resistance with another game because they don’t think it can stand on its own merits? Has the company finally done Resident Evil multiplayer right or is this just another co-op flop? Time to find out…

Resident Evil Resistance is somewhat ironically named, as it sees Capcom finally giving into the inevitable and doing their own version of Left 4 Dead. Teams of four players must work together to blast zombies, collect key items, and ultimately escape a series of villainous lairs within a strict time limit. There are six different Survivors to choose from (Jill Valentine will also be added post launch) each with their own abilities and starting loadouts. For example, the delightfully-named Martin Sandwich specializes in traps, while the gothy hacker January Van Sant can mess with surveillance cameras. There’s also a dash of unique Resident Evil flavor mixed in – characters have limited inventory space, there are a ton of multicolored herbs to collect, and you can buy additional weapons and ammo from item boxes strewn around levels.

The big twist is there’s a fifth player who acts as the Mastermind and has the Dungeon-Keeper-like ability to decide where traps and zombies appear. The Mastermind can even possess monsters and take it to Survivors directly. There are four different Masterminds, who also have their own strengths – Anette Birkin can boost the strength of zombies and call upon her mutated husband William Birkin, new character Daniel Fabron can unleash Mr. X, and so on.

If this sounds like the setup for a decent little multiplayer romp, well, I agree. I was optimistic when I sat down to play Resident Evil Resistance, but that enthusiasm evaporated quickly. Despite some solid ideas, RE Resistance just isn’t much fun to play. This is particularly true when playing as a Survivor – movement and gunplay is much slower and more awkward than something like Left 4 Dead or World War Z, which would be fine if Resistance felt like a traditional Resident Evil game, but it doesn’t. Zombies move too quickly, can absorb too many bullets, and shooting just generally feels off. Melee weapons are also badly overpowered, to the point half the players I encountered just ran around whacking things with bats and two-by-fours. Needless to say, that isn’t exactly true to the spirit of Resident Evil.

Level design is cluttered and confusing, with most maps consisting of narrow pathways packed with dead ends and bottlenecks. Granted, some maps are better than others – the Research Facility and Abandoned Park areas are okay, but the Casino is a garish jumble. RE Resistance really demonstrates the importance of art direction and polish, as the game looks bland and messy, despite running on the same engine that powers the visually-stunning RE2 and RE3 remakes.

Each map is divided up into three stages, each of which always features the same objectives. In the first stage players solve a “puzzle,” which is basically just a random scavenger hunt, the second stage requires player to kill an armored guard zombie then activate some computer terminals, then in the final stage you have to destroy a series of test pods. The repetitive nature of RE Resistance’s objectives makes all its maps feel rather samey, despite their visual differences.

Finding the items you need to progress can be also be frustrating, as they aren’t shown on your map until you get quite close to them. I get this was likely done to force players to split up and explore rather than just beeline from one objective to another in a pack, but there had to have been a better solution than this. You can tell the designers of RE Resistance knew their maps could be annoying, as they include a single-player Practice mode where you can familiarize yourself with their ins and outs (which, honestly, I kind of enjoyed more than multiplayer). Ultimately though, there are only so many places “random” objects can appear, so I expect Resistance will be quickly dominated by a few hardcore types who memorize where everything is.

Admittedly, playing as the Mastermind is good for a laugh, especially when you take control of a powerful BOW like Mr. X and start crushing skulls. Don’t expect any sort of satisfying challenge though, as the two sides in RE Resistance are wildly unbalanced. I never lost a match as the Mastermind, often grabbing an “S” rank without really trying, while my Survivor team almost always got annihilated. The traps and zombies you place as the Mastermind are assigned to cards, and it’s very easy to game the system by only spending throwaway trap and buff cards early on until you have a hand packed with monsters you can drop on your opponents all at once. There are action points that are supposed to prevent the Mastermind from swarming the Survivors, but they regenerate very quickly, and bizarrely, marginally-useful traps cost way more action points to place than zombies. The system is completely broken.

Even if Resident Evil Resistance was fun, the game would still probably wear thin quick, as it only includes a paltry four maps and no additional game modes. Capcom milks this meager content for all its worth, as every Survivor and Mastermind has to be leveled up individually in order to acquire new abilities, loadouts, and cosmetics, and the process is slooooow. All the stuff you unlock is obtained from random loot boxes, and while you can’t buy them directly with real money, Capcom is selling “boosters” than earn you boxes faster. It doesn’t take long for this game to start feeling like a manipulative grind.

Given the limited number of folks with Resident Evil Resistance review copies, I often had to wait a while to connect to a match. When I finally did connect after staring at a blank loading screen for five minutes or more, a thought would often flicker across my mind -- “Damn, I guess I actually have to play the game now.” I think that says it all.

This review was based on a PS4 copy of Resident Evil Resistance provided by publisher Capcom. You can grab the game along with Resident Evil 3 at a discount from Green Man Gaming. 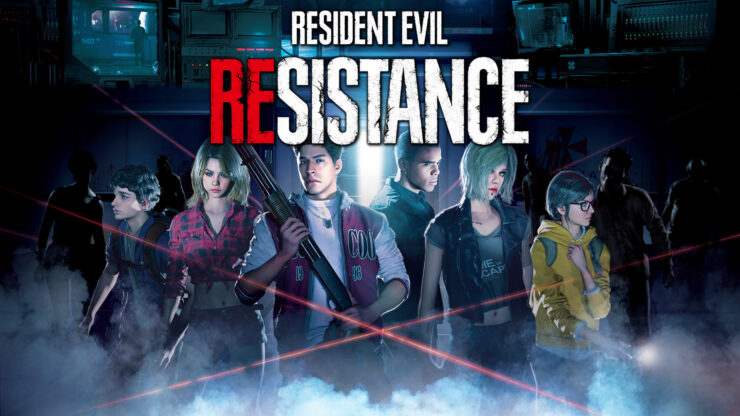 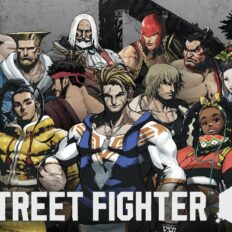