When gamers get competitive, the tools of the trade do too. Whether it’s mechanical keyboards, high DPI mice, customizable controllers or even the Hitbox, gamers are always searching for a way to take the way they play to the next level – and that’s exactly what the new arcade stick from Razer intends to do. The Razer Panthera is the official arcade stick of the Capcom Pro Tour, and it just might be the weapon of choice for a few World Warriors…

What’s immediately obvious when opening up the Panthera – much like all Razer products – is the attention they pay to make you feel like you’ve bought a premium quality product. The usual documentation is in the box along with the snazzy presentation, with the stick itself hovering in place – or wedged between two bits of foam.

Getting to grips with the Panthera, it drips charm and quality. The build of the stick housing itself is angular but smooth. The sharp edges on the sides of the stick are rarely touched by your hands, and the front of the stick has a nice lip to ensure you won’t have your hands poked by the stylish, if unwieldy, edges. The blue Razer logo design – seen as fairly garish, by some – actually looks incredibly clean and slick here. We’d be hard pressed to find a more presentable fight stick, and the clear plastic panel might be a magnet for fingerprints, but when it’s wiped to clean it looks gorgeous. Any Razer haters will want to stay away, as the artwork isn’t replaceable (at least, not without doing some damage first) but this gamer loved the design aesthetic.

Any gamer familiar with Sanwa quality parts will be right at home with the Razer Panthera, which comes with 8 high-quality 30mm Sanwa face buttons, and two 28mm Sanwas on the right side near the back, for Options and Share. The stick is also Sanwa brand and feels exactly as comfortable as you’d expect. As a bonus, the Panthera also comes with a bat-top for the stick, in case you want to swap the ball-top out – which I couldn’t resist.

But of course, if you’re unsatisfied with Sanwa parts then you could always buy and replace the parts yourself – and with remarkable ease, too. Pushing the blue backlit Razer button on the front of the stick releases the cover and allows you to simply lift up the hood – revealing its pretty internals.  With a small hydraulic bar in place to hold it open, it even sounds premium with a subtle “tssss” noise as you open it – something I might appreciate more than most... Under the hood, everything is as neat as possible – there’s a small compartment to hold the detachable USB cable, another for your spare stick-top and a small screwdriver; a shockingly useful addition, which made it much easier to swap out stick-tops on the fly with little issue.

There’s plenty of space inside the stick – in case you wanted to store something inside, like a few extra game discs or perhaps buttons for easy exchanging – and everything is so incredibly neat. In my time I’ve opened up enough fight sticks and I know the value of taking pictures and labeling wires – but miraculously, Razer want to save us the trouble and simply include color coded wiring and a key to show which button each cable belongs to, respectively. It’s hard to overstate how much easier this makes things if you’re regularly doing button mods – plus, it looks a million times tidier than my fight sticks, with dozens of labels attached to each wire.

The small control panel on the top of the stick is lovely too – in fact, the touchpad found on the Razer Panthera is, I’d argue, far superior to the one you find on the DualShock 4 controllers themselves, with a softer click and what feels like a more accurate touch sensor – though, I only ever found myself using it as a start button for PS2 Classic fighters. L3 and R3, on the other hand, feel somewhat cheap, though I find it hard to complain as I didn’t find a single fighter that actually used them. The switches on top, on the other hand, feel satisfyingly clunky as you slide them into place, and I appreciate them being so large and commanding.

There are some things that the likes of Mad Catz and Hori could learn from Razer, too. The rubber-backed base – emblazoned with the Razer logo – feels great on your legs and doesn’t slip regardless of what you’re wearing. The detachable cable is long and sturdy, and doesn’t feel at all like it’ll fall out when securely screwed into place – you have more to fear regarding the USB falling out of the PS4, rather than the cable detaching from the stick.

But really, what is the Razer Panthera like to play?

In a word… Lovely.

The wide space on top of the stick means your hands can rest wherever, and each button is exactly where your muscle memory thinks it is. Resting my wrist on the face of the stick, I always felt like I was in a comfortable position for all charge, motion and I-am-pressing-all-of-the-buttons-because-I-don’t-know-how-to-play characters. A genuinely lovely controller to play fighting games with – and arcade style shmups and side-scrollers, should you have any on Steam or PSN!

The heavy build quality and premium Sanwa parts make the Razer Panthera absolutely one of the best on the market – and the fact it has compatibility with PS3, PS4 and PC (after installing Razer’s own driver) makes it one of the most convenient and adaptable sticks I’ve ever used. The inability to change the artwork is a shame, as is the fact that the top of the stick seems to be the very heaviest part instead of the bottom, but these are minor gripes with a product I found it genuinely very difficult to fault. 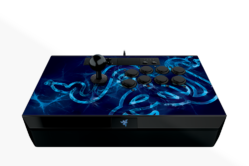 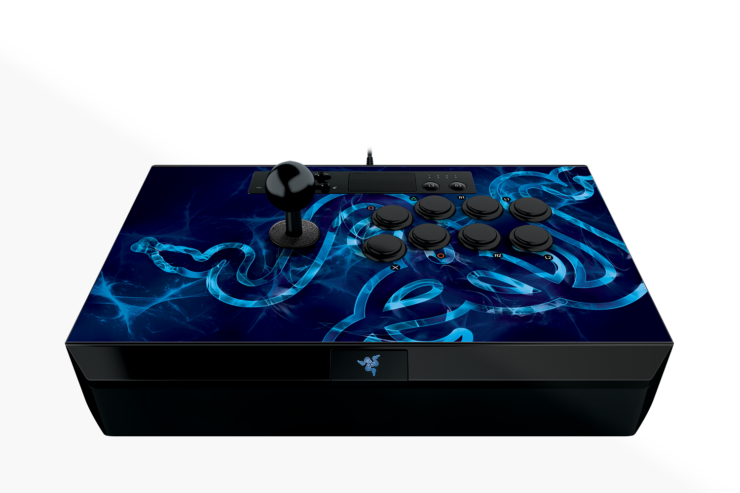 Razer’s worked magic with the new Panthera, and it makes me excited to see more arcade sticks and controllers from them in future.