A quiet revolution is brewing in the keyboard industry and Razer's Huntsman Elite is leading the charge. A few years ago, we saw a startup called Wooting introduce something called optical switches to the market. While we covered that extensively and wrote a few pieces on it, none of the big players seemed to be interested in adopting the tech. We get it, big businesses have low-risk appetites and don't change until they absolutely have to. This is why we were presently surprised when Razer announced its own lineup of optical switches and became the first mainstream player to adopt the tech - and in doing so - made pretty much all of its competitors obsolete.

Razer Huntsman Elite Review: A New Generation of Keyboard Tech For The Price Of Olde (with an RGB Wrist Pad!)

Our Huntsman Elite sample was provided by the manufacturer for review purposes.

Before I dive into the actual review, let's cover some basics. Most keyboards on the market consist of two types: membrane and mechanical. Membrane keyboards are usually the cheapest and also break down quickly. Mechanical keyboards are the preferred choice of gamers and usually boast longer life spans with most premium keyboards priced in the $199 range. 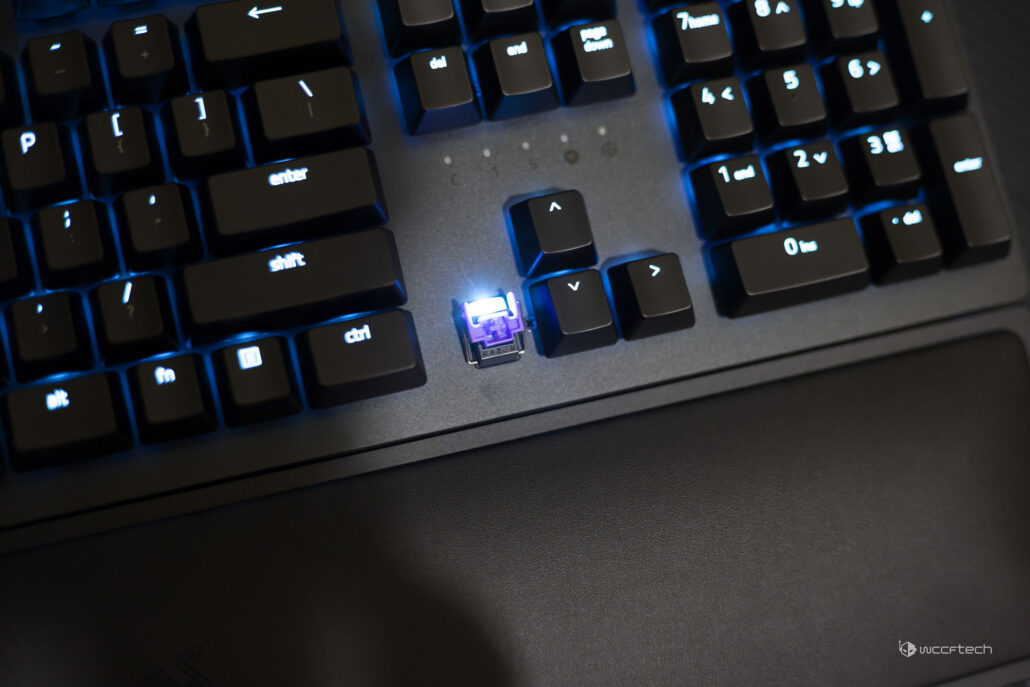 Very little change has entered the keyboard industry since the introduction of the mechanical keyboard in the mainstream market. Startups have tried to push new tech throughout the years but none of the big players that actually had power to change the market would budge. Enter Razer's Huntsman series of keyboards. Recognizing the promise of optical switches, the company took on considerable risk to start manufacturing its own line of optical switches and decided to offer them at the same cost as its competitors.

The result is that overnight, almost all keyboard players are shipping obsolete tech. Optical switches not only have a longer life span but also have no debounce delay since the switch essentially just stops a beam of light. Razer has also included a horizontal bar in its switches to add further stability to the keypress, prolonging life.

The Razer Huntsman Elite comes in the standard keyboard package and has a cutout for you to test out the key clicks without opening the package if you are buying from a brick and mortar store (or even if you want to try it and return it without opening). A detailed breakdown of the new optical switches is given at the back of the box.

The unboxing experience is pretty premium as you would expect from a keyboard in this price range and a very classy letter from the CEO is attached under the cover of the box. The various stickers and paraphernalia that accompanies keyboards are also present. The RGB wrist pad and the actual keyboard itself are cozily tucked under a couple of layers of plastic.

Everything is easy to take out and the keyboard starts up instantly as soon as you plug it in (the Razer control center applications will download in the background automatically in the next few minutes). The variant we got was the one with the purple "clicky" switches.

The one thing we immediately noticed was that the build quality of the keyboard was superior to its older traditional mechanical siblings. There is a touch of polish here that Razer appears to have gone out of their way to add - they are really selling the "more for the same" philosophy hard. The plastic used in the construction of the keyboard also appears to be of a higher quality. 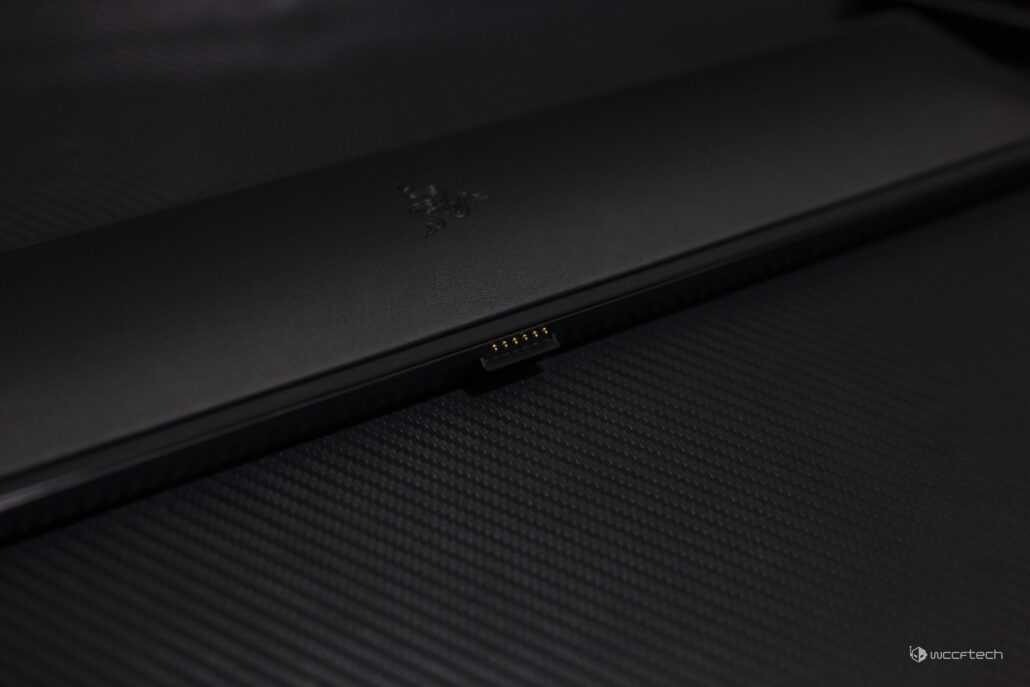 The RGB Wrist Pad attaches to the keyboard with a magnetic controller (Apple fans will like this design a lot) and has no additional wiring requirements - which is a great touch. It features an antiperspirant surface and a soft cushion-like feel. Premium is definitely the word that comes to mind when describing this. You can tell that the wristpad was a part of the design process and not just an afterthought.

The keyboard itself is absolutely gorgeous and commands a presence on your desk without being irritating. I am not a huge fan of RGB but even I loved the RGB design philosophy at play here that extends to the wrist pad - which I believe is something only Razer currently offers (among the big players).

The build quality of the switches and their stems is remarkable as well. A solid stainless steel support bar has been added to all keys that prevents unintended sidewards pressure on the stem and helps these keyboards last significantly longer than a traditional mechanical keyboard. It also ensures a much smoother operation

The piece de resistance of this keyboard is, of course, the optical switch: it uses a completely different actuation method when compared to traditional mechanical switches. While most premium keyboards out there actuate using a metallic contact inside the switch, Razer uses a light beam for every single one of its keys.

A light beam passes through the switch stem when a key is pressed, which then actuates via a receiver that sends the corresponding signal to the computer - bringing actuation at the speed of light. The new Razer Optical Switches also include an additional key stability bar (the silver one seen on the GIF on the left) which reduces key wobble and makes the experience feel more consistent. A balanced keypress is achieved across all four corners of the keycap regardless of the press-down location. 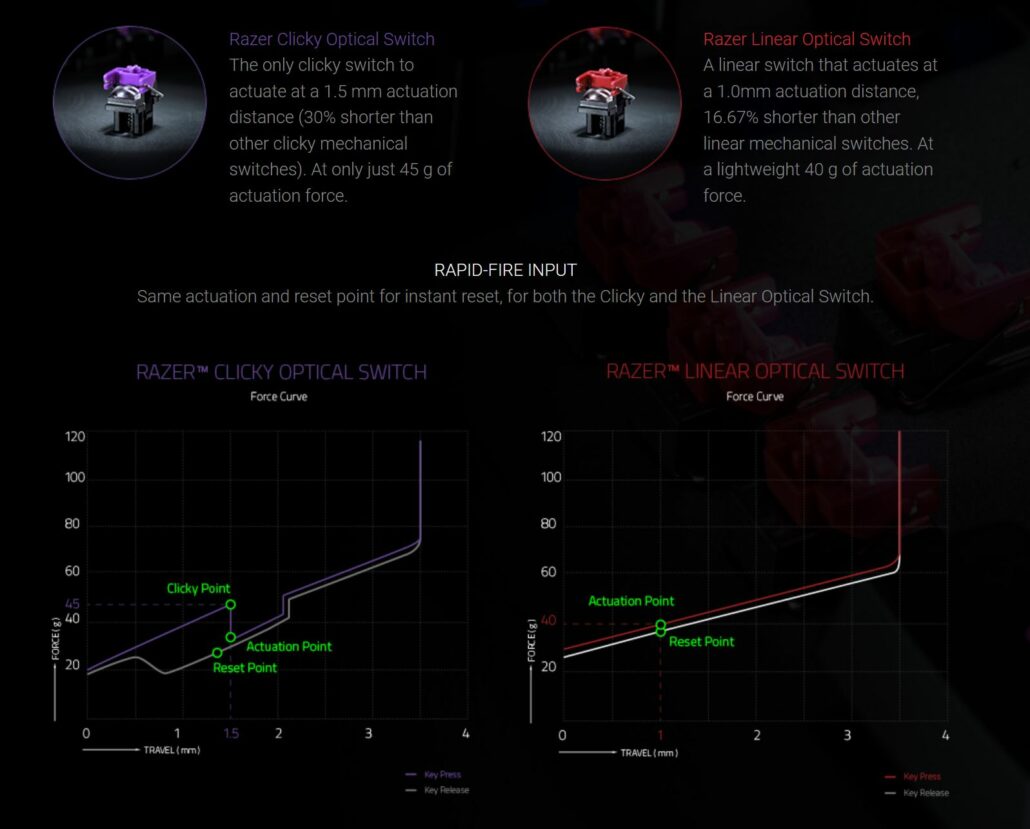 All the bells and whistles aside, what truly matters is if the keyboard is comfortable to type in and easy to game on. While the optical tech will slightly reduce your input lag when mashing keys, it wouldn't matter if the keyboard is not properly sized and messes with the muscle memory of your fingers. While there are very slight differences between the various manufacturers, I am happy to say that the Razer Huntsman Elite passed all tests with flying colors. 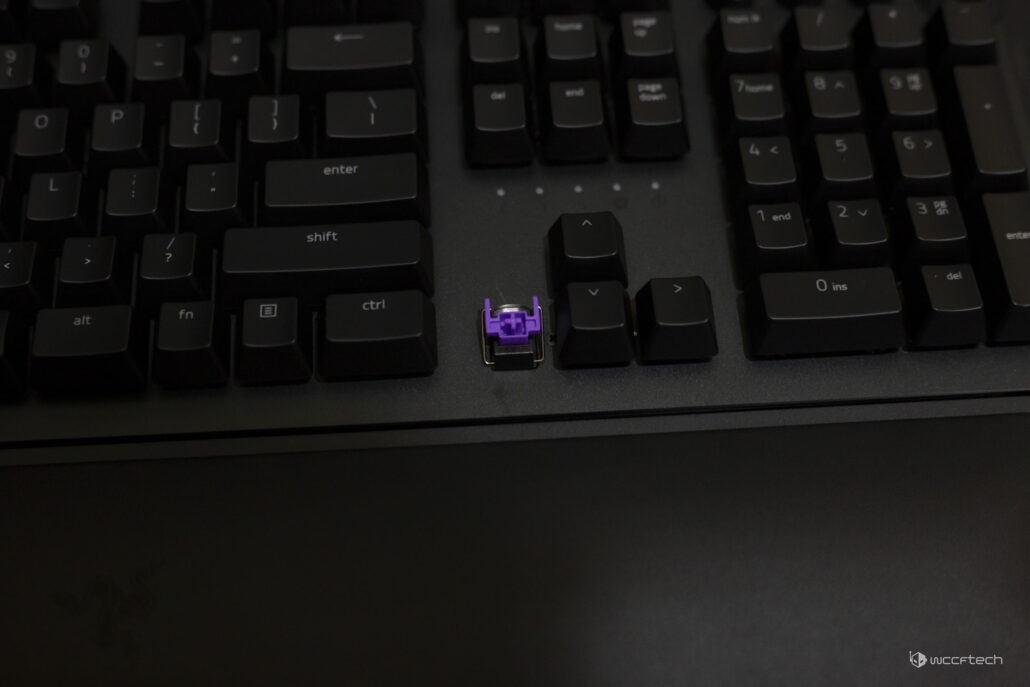 The input was incredibly smooth and I was able to quickly feel at home while playing DOTA2. Typing performance is great as well and accidental keypresses are slightly reduced. Mechanical keyboards, when they get old are prone to 'double presses' and 'hard presses'. This is because the metallic contact inside gets worn out and would sometimes get sticky (registering multiple inputs) or in cases be worn out so would require a harder press to register. The Razer Huntsman Elite will face no such problem throughout its life since it uses an actual light beam and not something physical which can degrade. 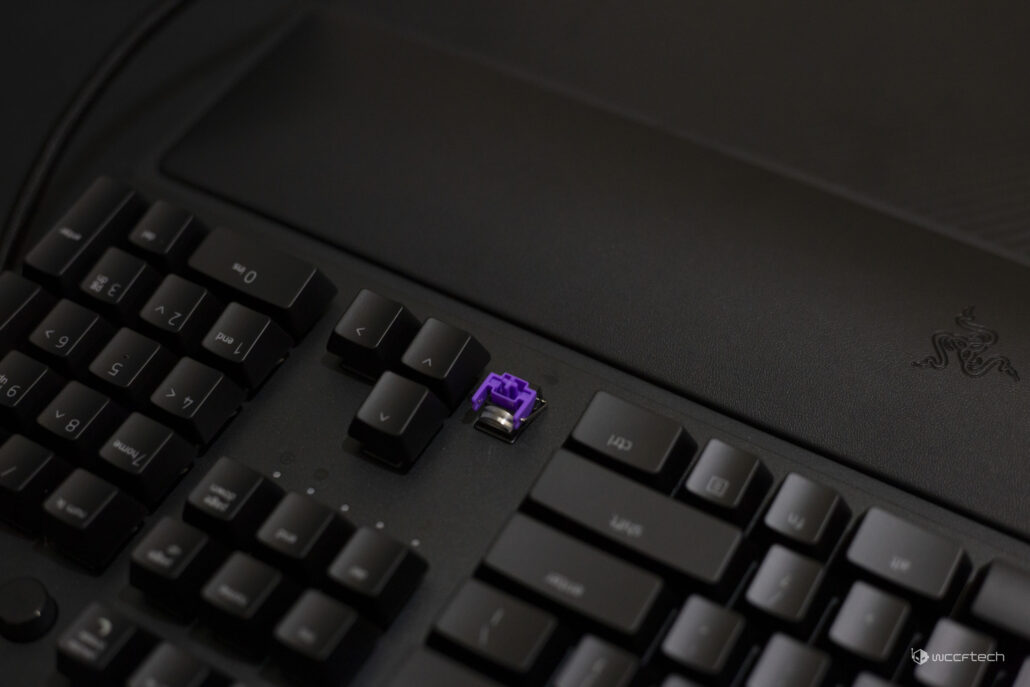 The tactile feeling of the keyboard is also just right without being too noisy (although like all mechanical keyboards, you certainly don't want to use this while the spouse is sleeping). I prefer a fast but distinct response in my keyboards (think Cherry MX Brown) and this was clicky without detracting anything from that fast experience.

The linear switches that Razer also provides with this keyboard would allow you to experience a whole different dimension of input. Every key would essentially become a pressure-sensitive joystick - the harder you press, the harder the input. Playing racing games should be very interesting with that switch - as should be music creation and the like.

Considering this keyboard offers next-generation tech, longer life span, and an RGB wristpad to boot means I have no problem giving this our Editor's Choice Award. I can only hope other manufacturers like Corsair and Logitech will take a leaf out of Razer's book and move to optical switches as well.

Razer's Huntsman Elite features the company's brand new optical switches, which are set to be the biggest change in the keyboard industry in a decade. The fact that they have priced their optical keyboards at the same price as competitor's traditional keyboards while includuing an RGB wristpad means the Huntsman Elite packs a massive punch in terms of value and performance.