We recently reviewed the wired version of the Razer BlackShark V2 and today we are going to be taking a look at the wireless version, dubbed "Razer BlackShark V2  PRO". The BlackShark V2 Pro is part of Razer's wireless suite of gaming peripherals released recently which include a headset, a mouse and even a gaming mechanical keyboard (full with RGB). The Razer BlackShark v2 PRO, complete with THX Spatial Audio, can be had for just $179.99 and features both wifi-based wireless and wired (3.5mm) connectivity modes.

The BlackShark V2 PRO is essentially the same headphone as the BlackShark V2, albeit with wireless capability. It features the same TriForce Titanium drivers, memory foam earpads, and the lightweight design that make the Blackshark V2 extremely capable of extended gaming sessions. It also boasts THX Spatial Audio for applications that support it - which is always an added plus for audiophiles and tech enthusiasts:

Now that we are done with the technical specifications, let's get into the unboxing.

The Razer BlackShark V2 PRO comes in a classic green-black Razer packaging and is very simple to open. The box contains a note from the CEO (always a nice touch) a black pouch containing the headphone and the warranty and documentation.

The Razer BlackShark V2 PRO comes disassembled with the actual headphone, detachable mic and cable in separate anti-static packages inside the black pouch. There is a very clear no-nonsense but premium feel to the entire affair that we have started to get used to with Razer for the last few years. The company is clearly positioning itself as a premium brand - and it shows.

The Razer BlackShark V2 PRO features an incredibly comfortable headband with classy stitching on the bands (the V2 PRO stitching quality appears superior to the standard V2) and a weight that frankly surprised us. The headphones feel as light as air and are incredibly comfortable for extended gaming sessions - particularly due to the breathable fabric the company is using. The aesthetic is similar to the one used in aviation (which is clearly what the company was going for as well) and is one that is a tried and tested design when it comes to freedom of movement and stability.

Just like the standard BlackShark V2, the thing we loved the most about the headphones is the detachable mic. While the sound quality is incredibly impressive, as you will see later, it is the mic that puts most of its competitors to shame. The omnidirectional mic can be plugged in and out at will and features a wind filter as well. The headphones have a volume knob directly on the earpiece and that combined with a power button makes for an incredibly minimalistic yet powerful design philosophy. Without any further ado, let's get into the performance and sound stage.

THX is a very well known name in the audio community and the company provides one of the most robust certifications for audio equipment. When Razer acquired THX, there were some concerns that the THX certification would become diluted by offering certifications to sub-par equipment. The BlackShark V2 PRO, while not fully THX compliant has the THX Spatial Audio rating and we are pleased to say that it passes with flying colors when it comes to audio performance - just like its wired sibling.

We tested the headphone both with wired performance and an Onkyo NR 747 receiver (which is completely THX certified) as well as the wireless mode. The difference in quality while going from the fully THX certified $1000 A/V Recievier to the internal wireless circuitry was marginal - about 18/20 - which is very impressive. We were able to use it wirelessly for full charging (and light to moderate gaming sessions) for almost a full week which backs up Razer's claims of 24 hours of battery time.

The soundstage is crisp, analytical (without being too sterile and cold), and has just enough warmth for music without being overbearing. The soundstage we experienced on the Blackshark V2 PRO comes close to premium gaming headphones such as the Sennheiser GSP 670 - which is an incredible feat considering this is 1/3 the price. The headphone is obviously designed with esports in mind and it performs exceptionally well but the tuning of the drivers makes listening to music and watching movies a sublime experience as well. This thing clearly has a ton of tricks up its sleeve.

The head mounting pressure from the headband is just right and the weight is nonexistent (compared to some of the phones we have tested).

All that said, the most impressive thing, perhaps, is the mic. The mic of the BlackShark V2 PRO punches above its weight class and has an incredibly high-quality profile. We are used to companies shipping great headphones but cheapening out on the mic so your voice sounds tinny when recorded. These companies usually market this as an intended feature for enhanced voice clarity but the real reason is that a good microphone costs money. The mic of the BlackShark V2 is almost reference quality in its recording profile and the included wind filter and omni direction design is absolutely perfect for high-quality voice transmission.

The Razer BlackShark V2 PRO has, to our ears, a sound stage that is one of the best in this class with exceptional wireless capability. Audio experiences can be very subjective but it is clear that Razer has an absolute winner on their hands. It is one of the most comfortable headphones we have tested (if not the most) and was barely noticeable over long sessions. What is not subjective, however, is how good the microphone is when compared to all of its competitors. It is also because of that reason that we are happy to award the Razer BlackShark V2 PRO our "Recommended" Award as well.

We also expect its younger sibling, the BlackShark V2X, to become the go-to headphone at the $59 price point for those that want a slightly cheaper device and the V2 to be the ultimate esposrts headset at $99. The V2 PRO will then target the luxury market at $179 with exceptional prowess as a wireless headphone. It's build quality, design, and features are clearly premium and customers should love what they get for their money. 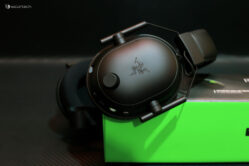 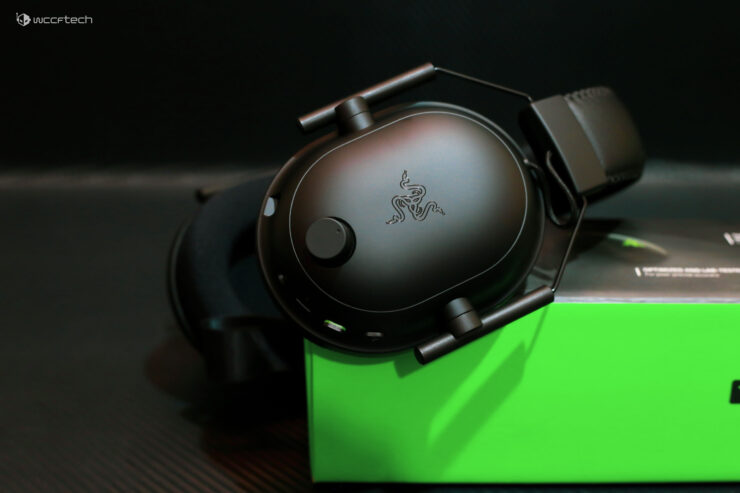 The Razer BlackShark V2 PRO is an excellent lightweight wireless esports headset with an analytical soundstage and a mic that punches far above its weight class.