Rad Rodgers: World One Review – Back to the 90s

While it may seem strange for those who started gaming recently, there was a time when platform games flooded the market, and many of them managed to be successful despite having similar features. The Commodore Amiga 500 era was particularly full of platform games featuring a similar premise: a young boy finding himself thrown into a mysterious, yet exciting world needing to be saved and filled with dangers and wonders. In this regard as well as many others, Interceptor's Rad Rodgers: World One is a clear callback to this era, where simple platform games were all it took to make players happy.

Rad Rodgers: World One stars the titular Rad, a young video gamer who finds himself thrown into his favorite game after finding his console turned on again after a night of gaming. Together with his now sentient console Dusty, Rad sets out to fix the corruption that's been spreading in the World One jungle and restore the Elder Tree as guardian of the land.

Rad Rodgers: World One's simple light-hearted premise is vastly enhanced by the humorous writing. Dusty is especially enjoyable thanks to the jokes it's constantly throwing out during the game, jokes filled with references to classic platform games that long-time fans of the genre will easily catch. In an old-school inspired platform game a well-developed story is hardly a requirement, but Rad Rodgers: World One's writing will make you feel connected to the two main characters' and their playful mannerism. 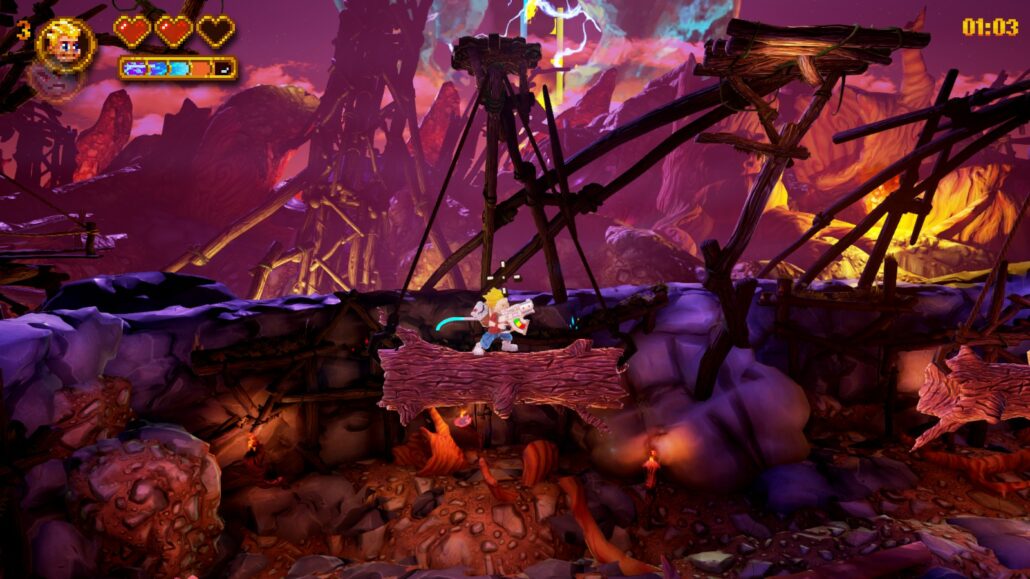 With the game's premise having been influenced by some of the most popular platform games of the 90s, it's not surprising to see how the actual Rad Rodgers: World One gameplay experience is no different in this regard. While exploring the colorful 2.5D stages of World One, players will have to fight enemies with long range weapons and a powerful melee attack, jump over platforms, collect items and more. It's difficult to pinpoint which classic platform game has influenced Rad Rodgers: World One the most, as it blends together features taken from Super Mario Bros., with its tight platforming, Mega Man and Metal Slug, with their emphasis on long-range fighting with weapons coming with different properties, and even Donkey Kong Country, with its focus on complex level design and collectibles. Mixing all these influences had to be complicated, but the team managed to do so in an interesting way, creating a game that does feel like all these classic titles without being a simple rehash of decades old concepts, despite lacking any real innovation.

Level design is what makes or breaks a platform game, and Rad Rodgers: World One comes with an interesting approach. As already mentioned, the game's level design it's been clearly influenced by Donkey Kong Country games, especially the latest entries in the series developed by Retro Studios; all stages, centered around a specific mechanic, are quite big and filled with secrets. Some of them are so big that it takes around 10 minutes to collect all the keys required to complete the stage, which is definitely unusual for the genre. Coupled with enemies having quite a bit of health and hitting hard, Rad Rodgers: World One isn't exactly the best choice for newcomers to the genre: it's not really difficult to the point of frustration, but those looking for a quick play might be slightly disappointed. The explorers will find plenty to like in Rad Rodgers: World One's seven stages, however, as they are quite varied and filled with collectibles. 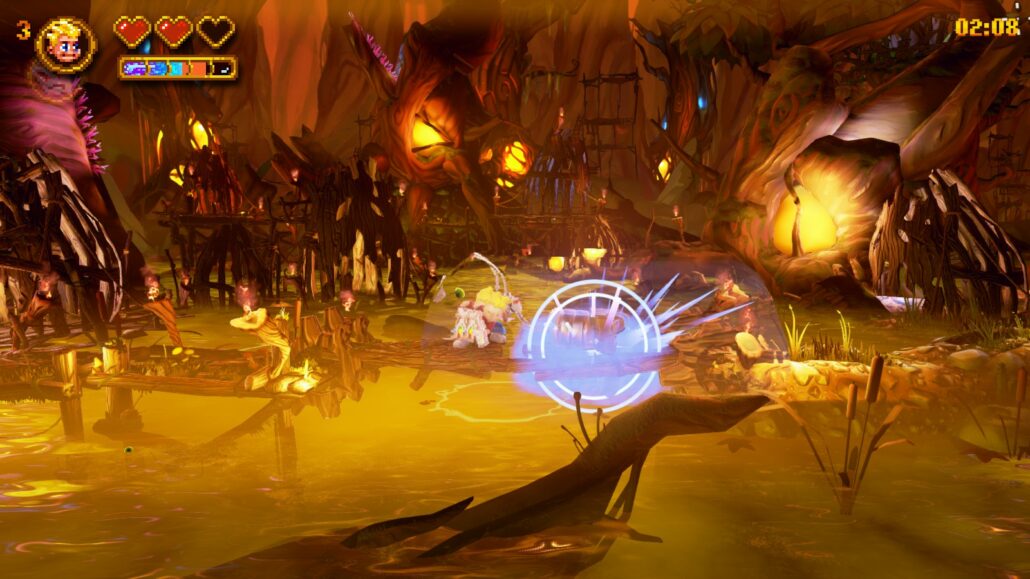 The 90s inspired colorful Rad Rodgers: World One presentation is definitely one of the best features of the game. Despite being set in a jungle-like world, all of the stages have a very distinct and personable look that identifies them instantly. Performance, unfortunately, can be very hit and miss depending on the system configuration, so expect to have to drop settings down to achieve a smooth 60 FPS frame rate unless you have a powerful rig. Like the presentation, the soundtrack is also great, with composer Andrew Hulshult managing to create some incredibly catchy tunes that will be stuck in your head for quite some time. The 8/16 bit era arrangements of the stage tunes which play on the world map are an especially nice touch.

While Rad Rodgers: World One is anything but a revolutionary platform game, its old school inspired experience makes it a worthy play for all fans of the genre. The game is a very compelling experience, despite its short length, thanks to a very creative level design which forces players to explore stages in their entirety to find all collectibles. The big stages, however, may be a turn-off for those who prefer shorter and fast paced stages, as it can take around 10 minutes to complete a single one.

Rad Rodgers: World One is a nicely crafted platform game that blends together features taken from the best platform games from the past, ranging from Super Mario Bros. to Donkey Kong Country. With its humorous writing, nice level design, smooth gameplay and multiple references to classic games, Rad Rodgers: World One is a title that fans of the genre will surely enjoy, despite its lack of true innovation, short length and some performance issues on less powerful system configurations.